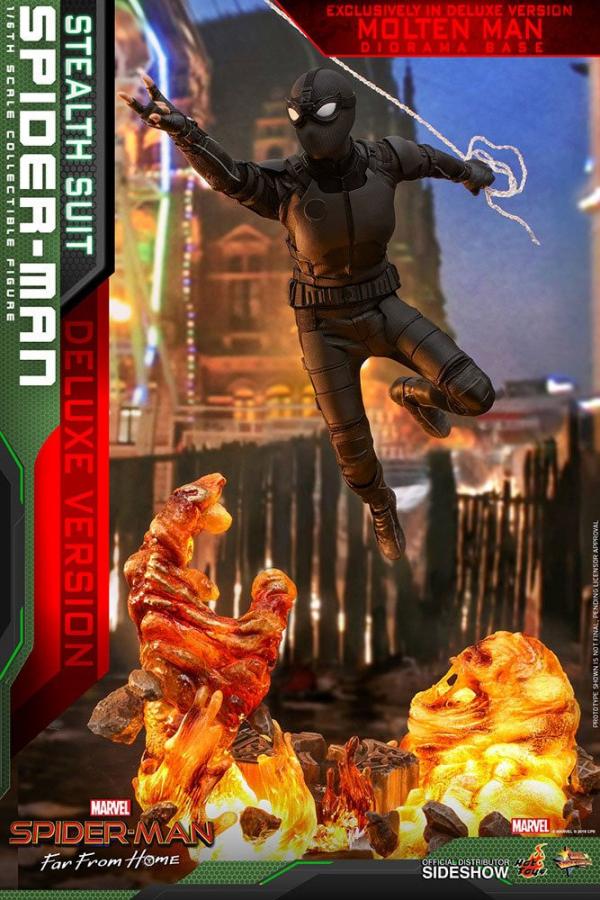 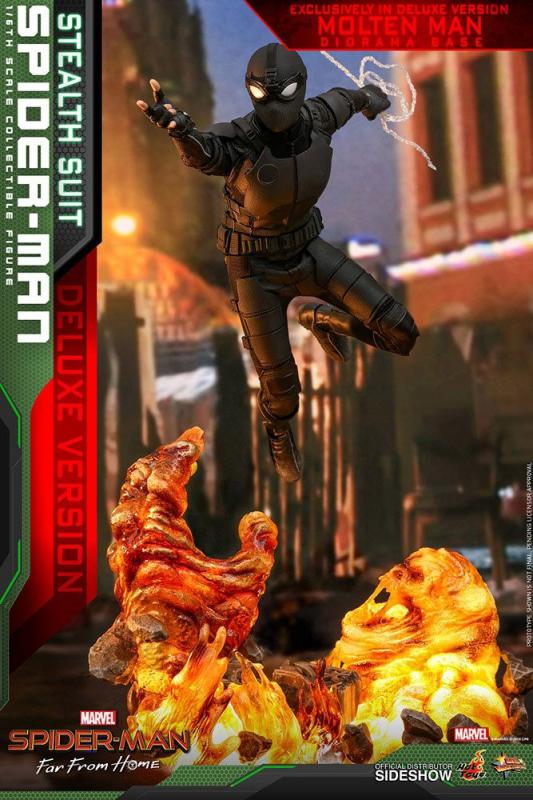 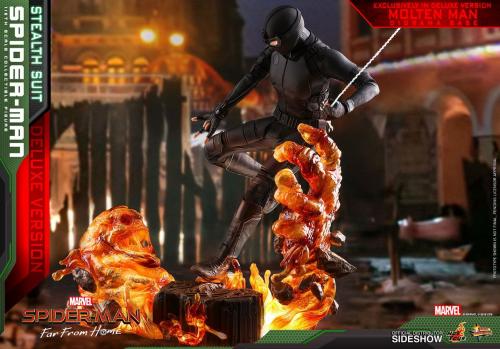 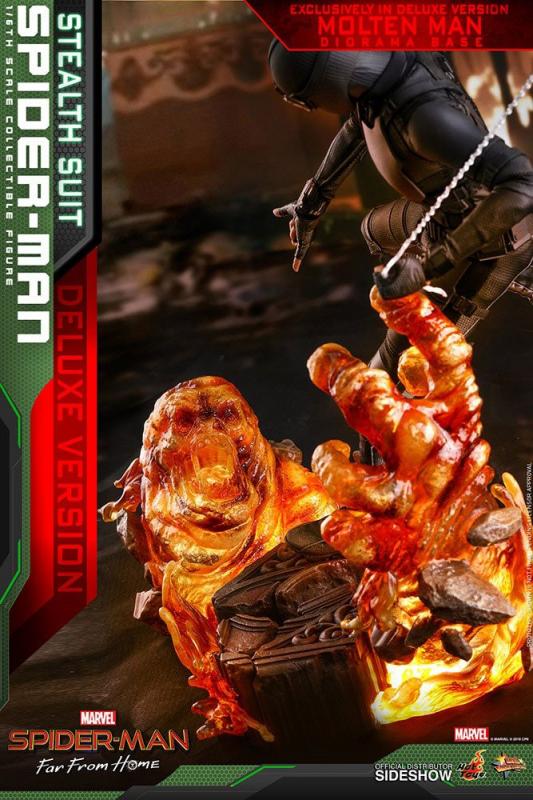 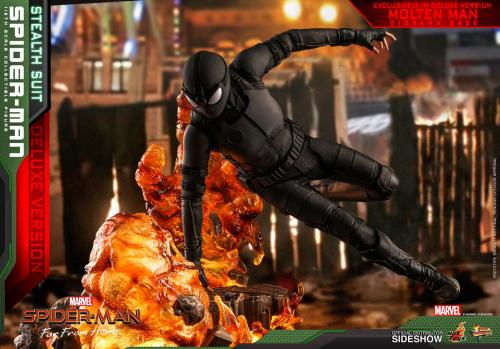 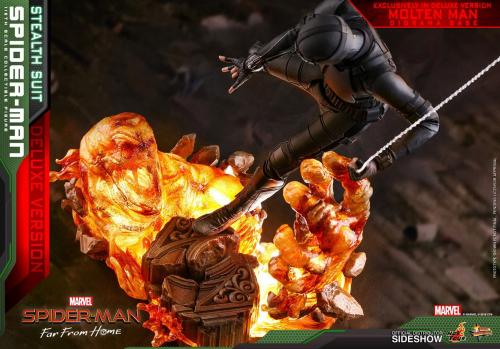 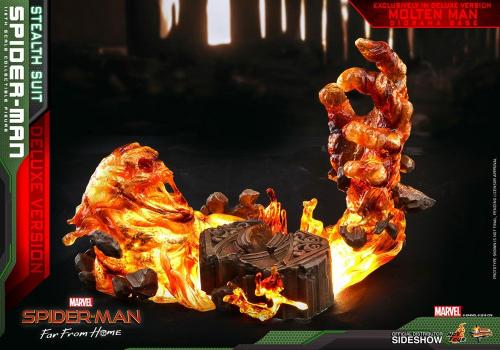 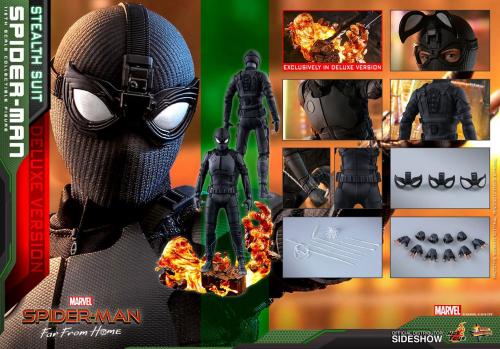 In Spider-Man: Far From Home Peter Parker returns for a summer trip to Europe with his best friends, and he had hoped to leave Super-Heroics behind for a few weeks. While abroad, the young Spidey is recruited by Nick Fury to investigate a series of attacks, creating havoc across the continent.

Sophisticatedly crafted with striking likeness of Spider-Man's appearance portrayed by Tom Holland in the movie, the figure features a newly developed masked head sculpt which exposes part of his face and includes 3 pairs of interchangeable Spider-Man eyepieces to create numerous Spider-Man's expressions. The figure also includes a newly tailored black stealth suit with intricate details, not to mention a variety of spider-web shooting effect parts for dynamic poses.

Hot Toys is pleased to have the first diorama figure base beautifully designed by Studio HIVE for the Deluxe Version. Inspired by the battle scenes against Molten Man, this elaborated diorama figure base features 2 LED light up modes is absolutely a must-have for fans of Spider-Man. 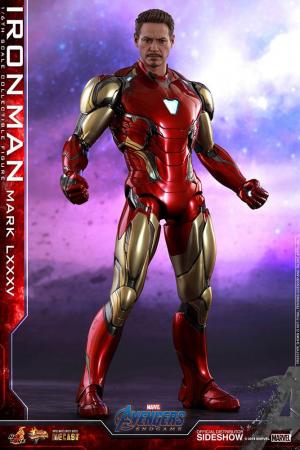 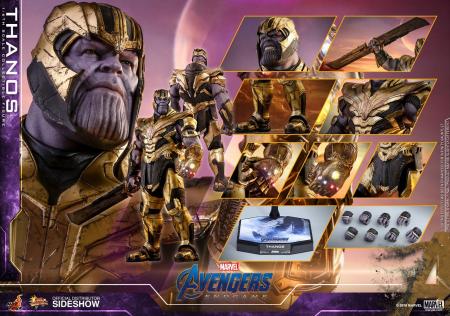 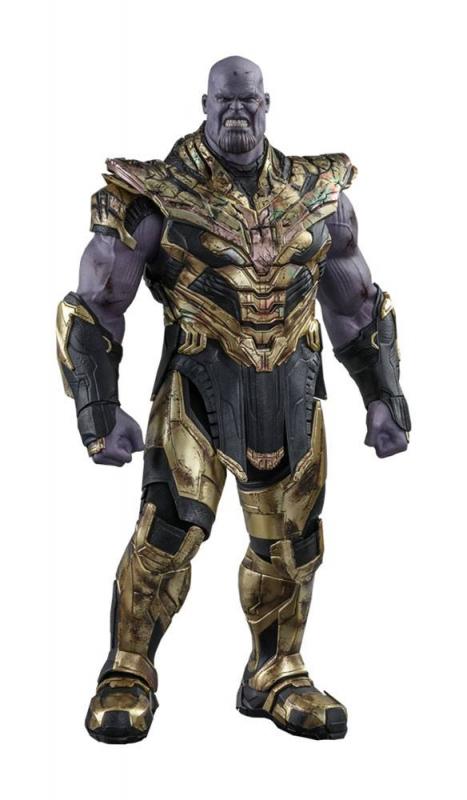 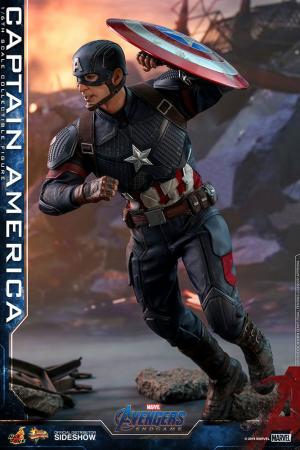 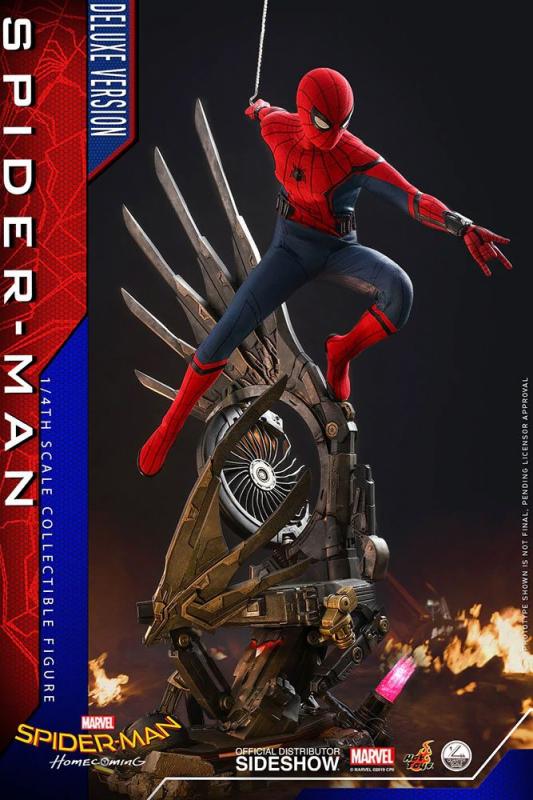 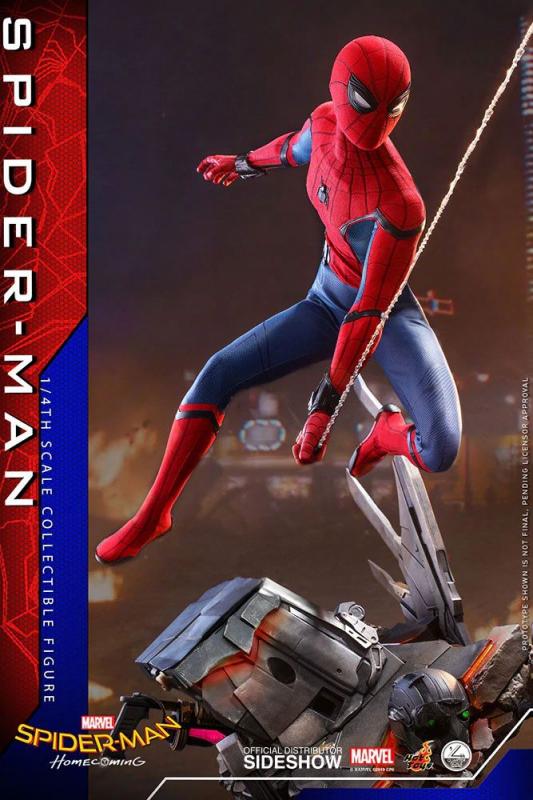