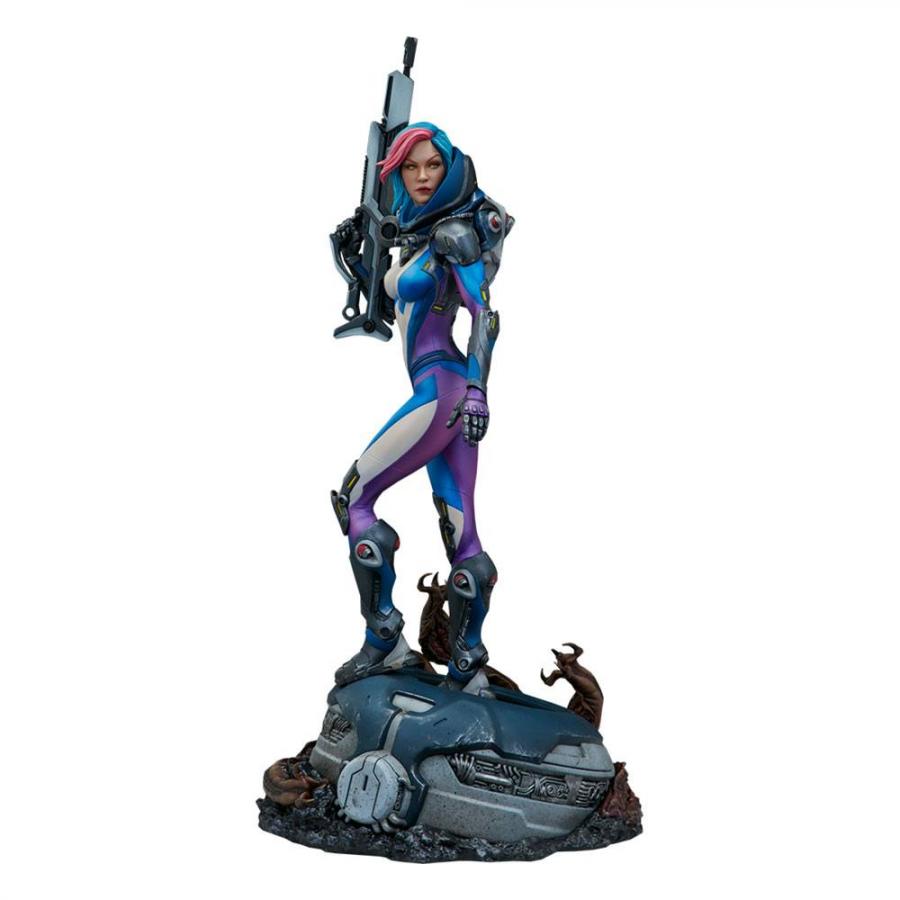 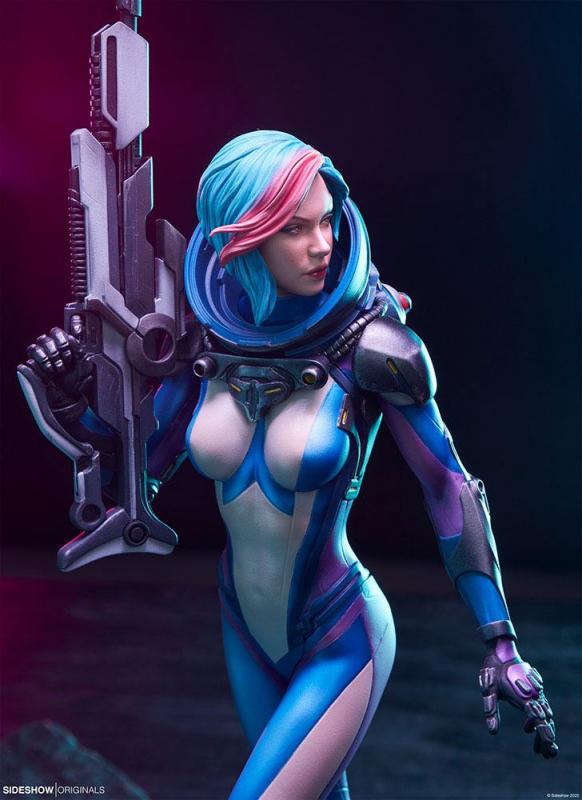 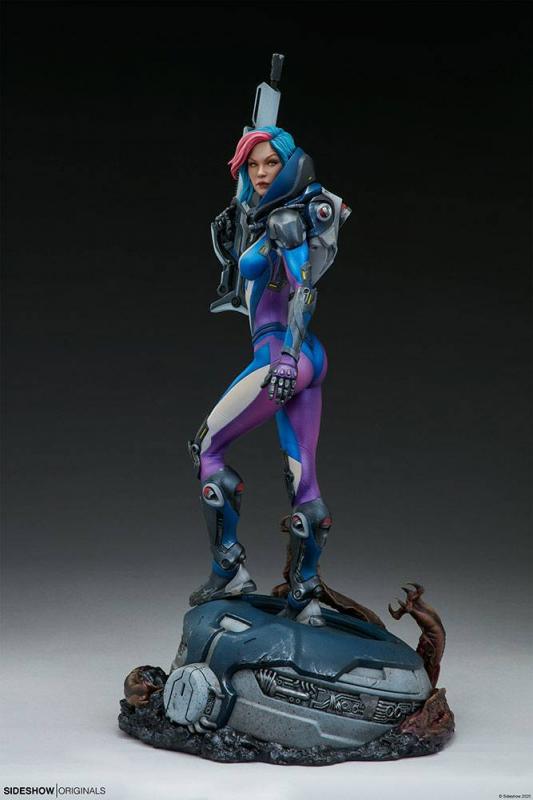 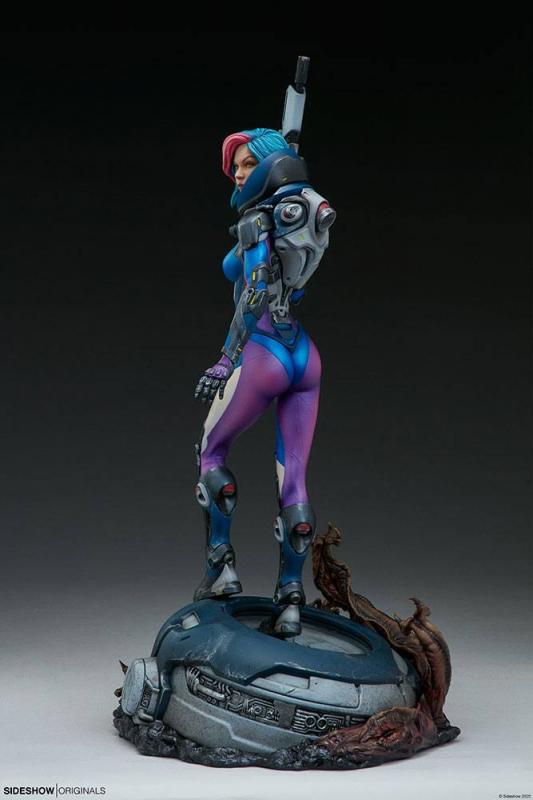 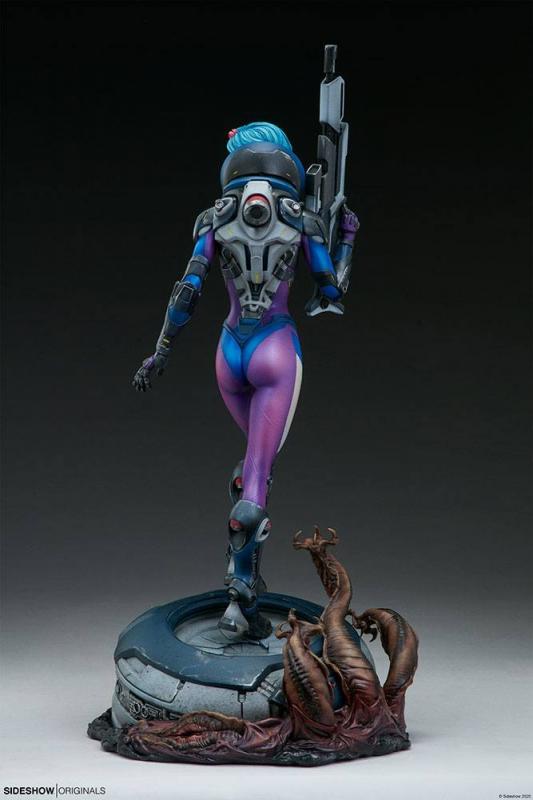 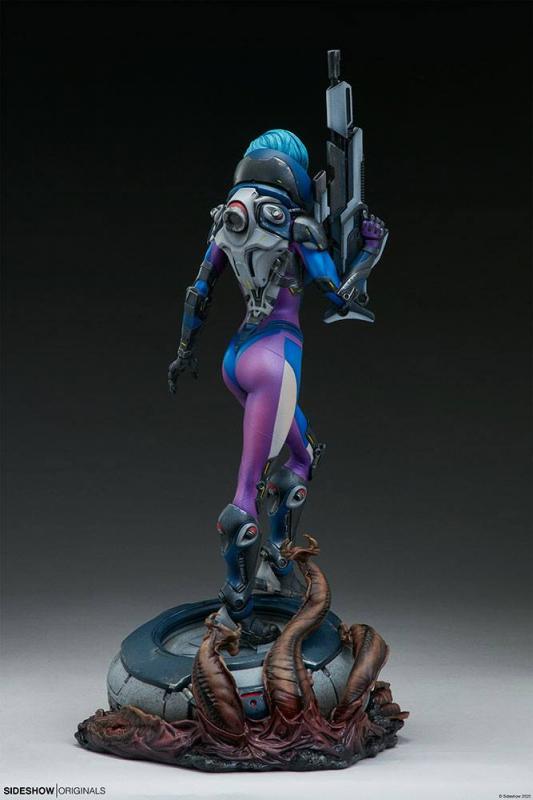 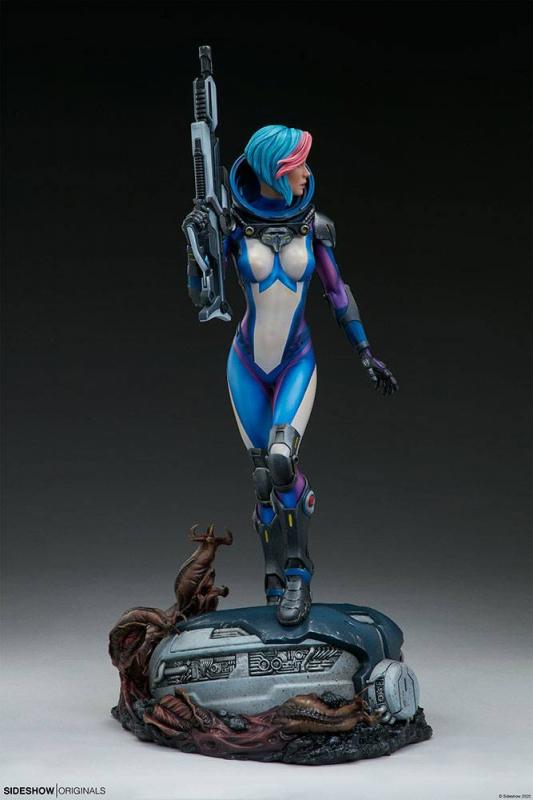 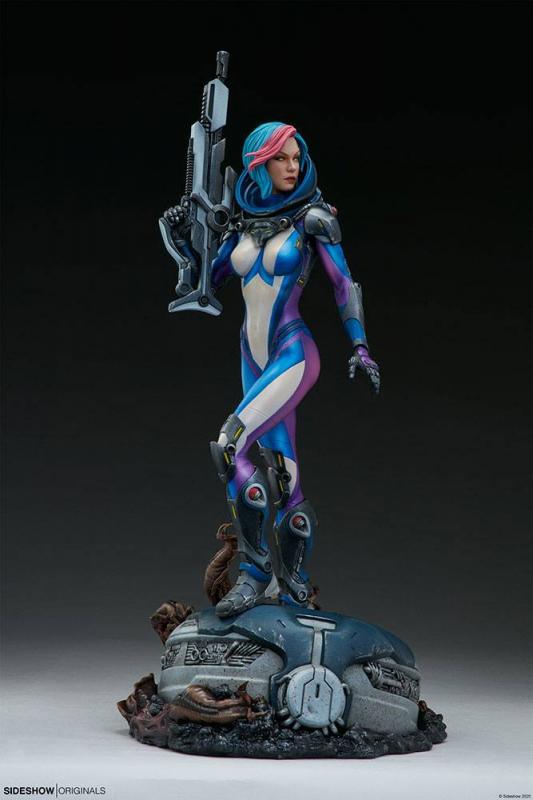 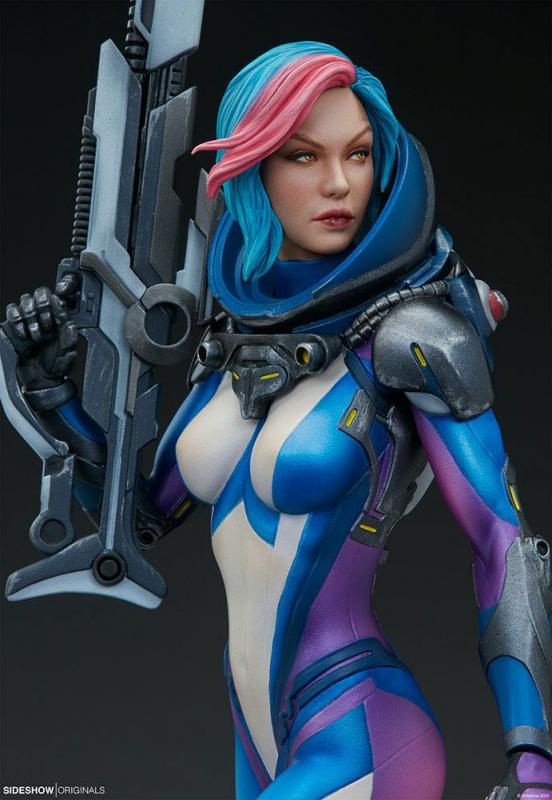 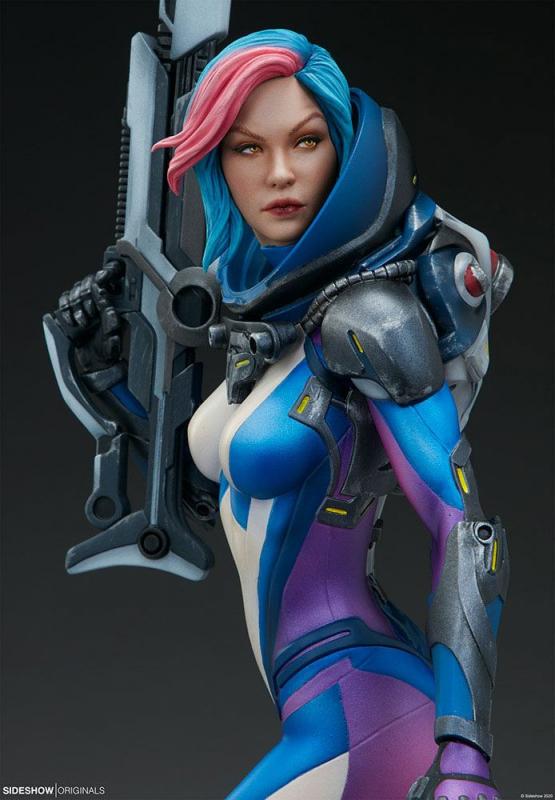 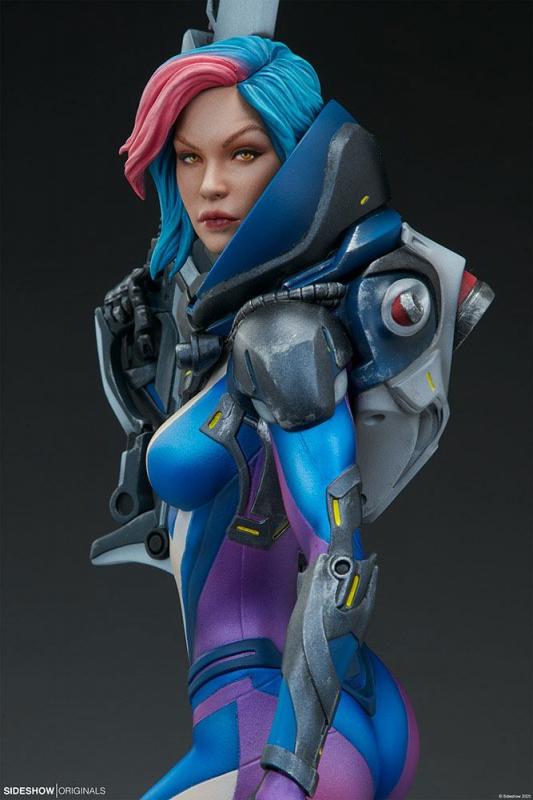 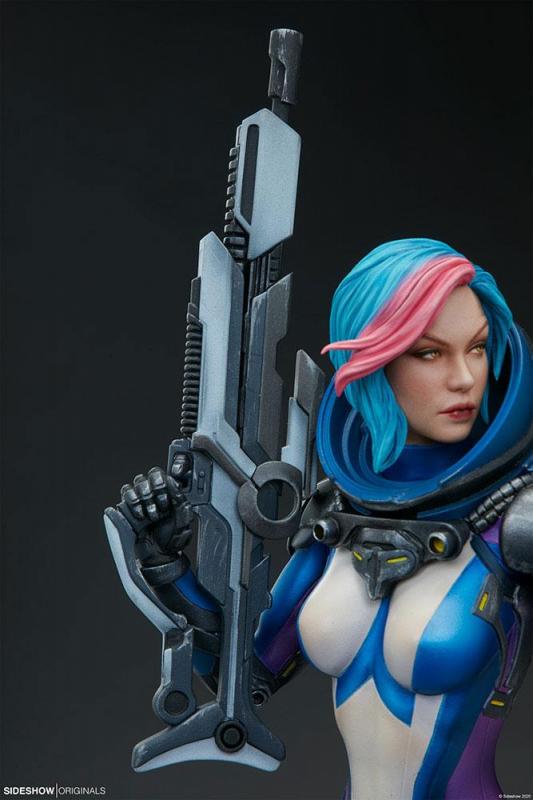 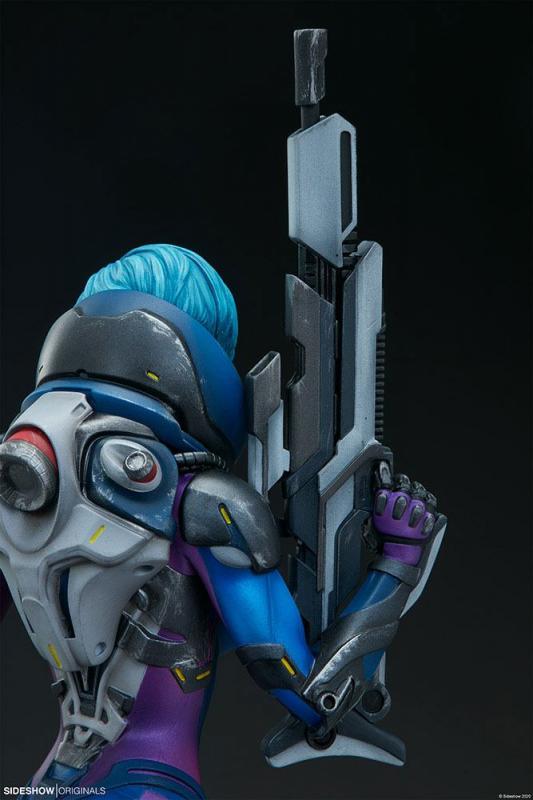 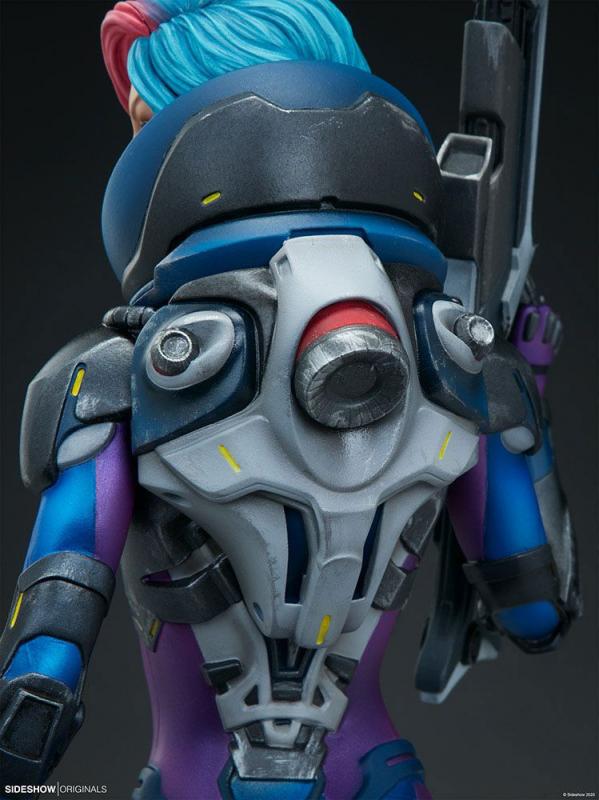 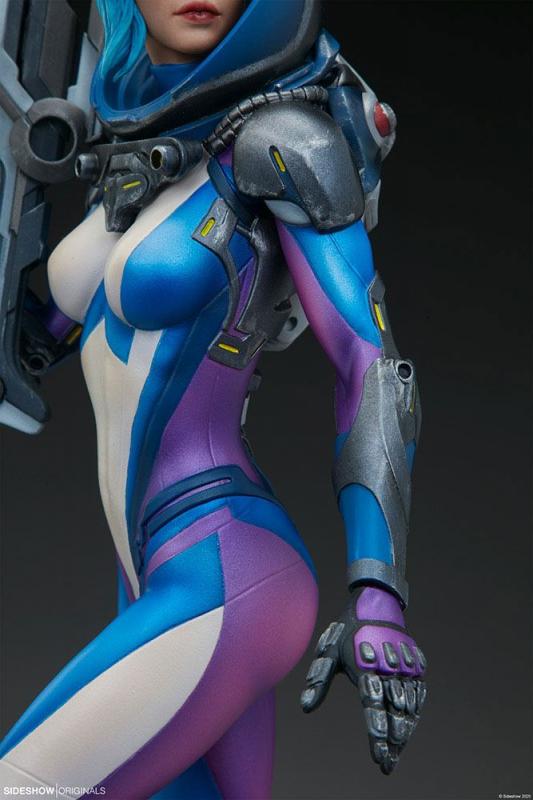 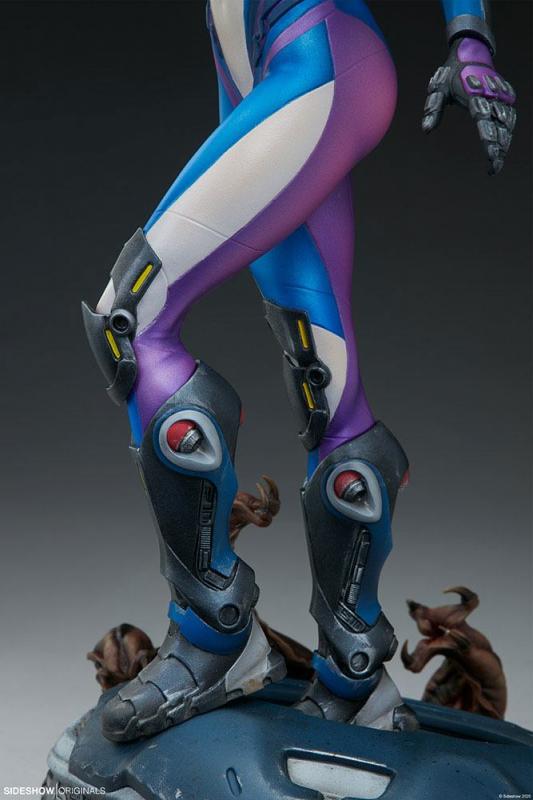 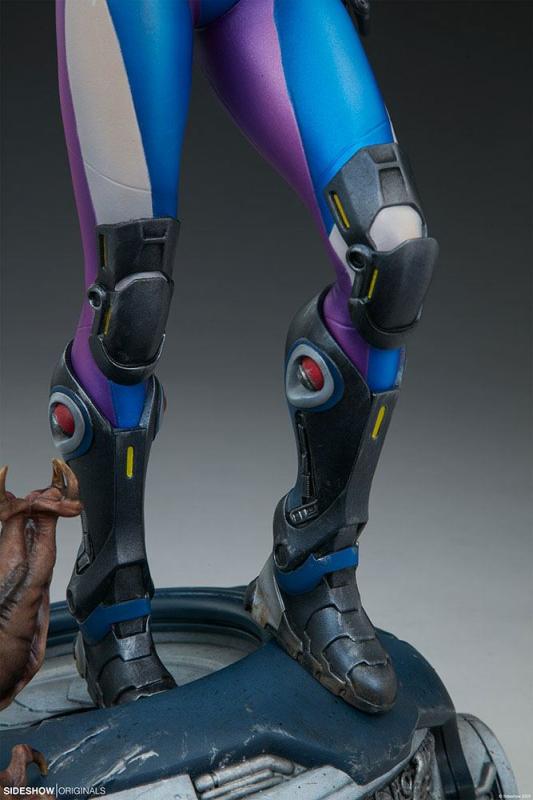 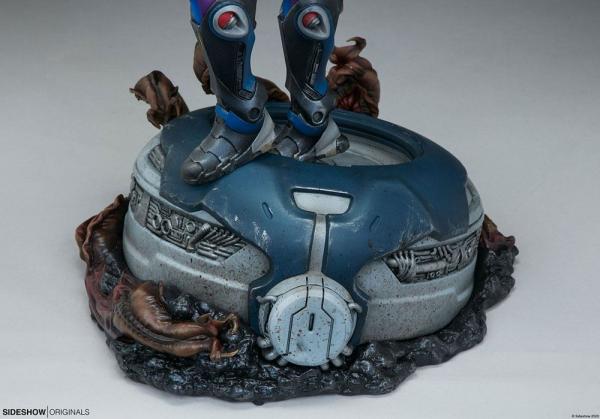 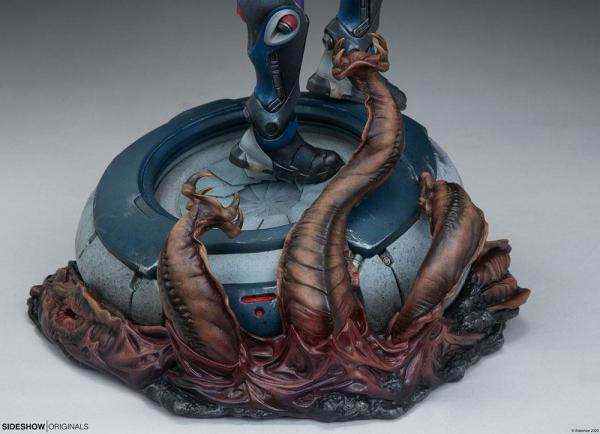 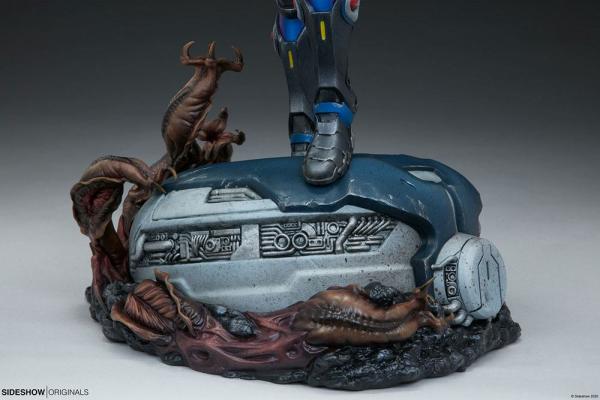 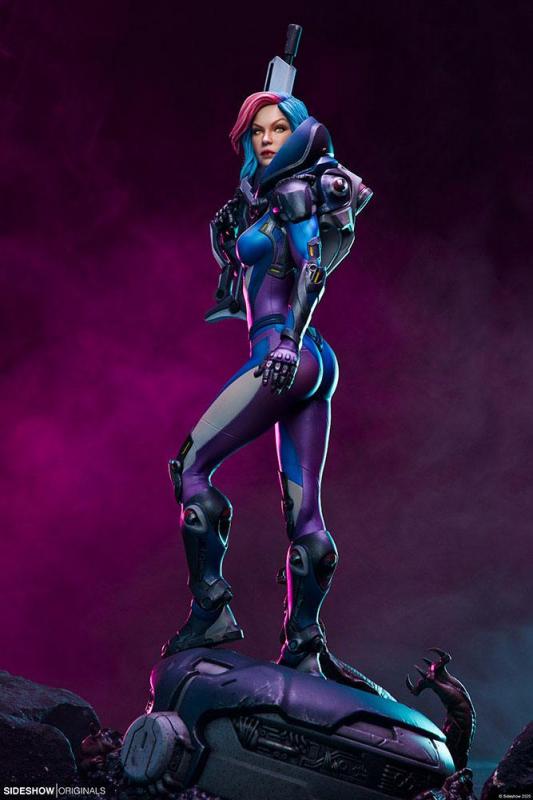 The Bounty Hunter: Galactic Gun for Hire Statue measures 19" tall, swaggering out of her spacecraft after an artful crash-landing on a hostile alien planet. Some of the native fauna doesn't take kindly to the intrusion, reaching up with clawed tentacles to grab at her from beneath the ship. Undeterred, the fearless expert tracker confidently surveys the landscape in pursuit of her target, armed with her trusty blaster and a state-of-the-art space adaptation suit.

When you're an assassin of this caliber, camouflage is for the weak. The polystone Bounty Hunter statue is equipped for tracking in any alien environment with a highly detailed white, blue, and purple bodysuit integrated with technological implants and support systems. Protected by a rocket-engine backpack, armor, and jump-jet boots, no atmospheric or job-related pressures can phase her. Her cropped haircut is dyed pink and blue, and she has a fierce, calculating look on her face. In her right hand, the Bounty Hunter carries her most important tool of the trade- a large blaster rifle bought with hard-earned credits from countless successful captures, affectionately dubbed Big Bang Betty.

If you're looking to contract with the deadliest human in the galaxy, payout on the Bounty Hunter: Galactic Gun for Hire Statue from Sideshow Originals today! 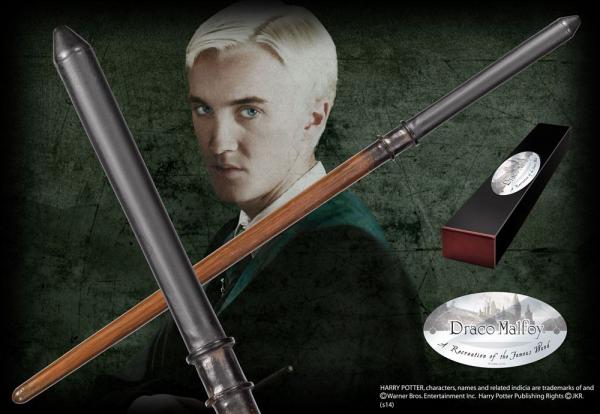 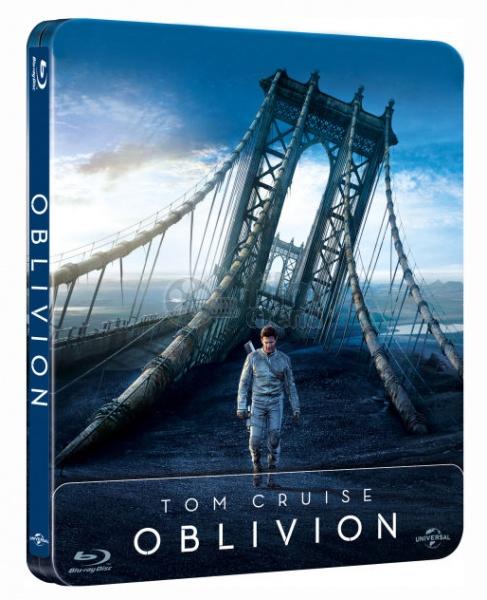 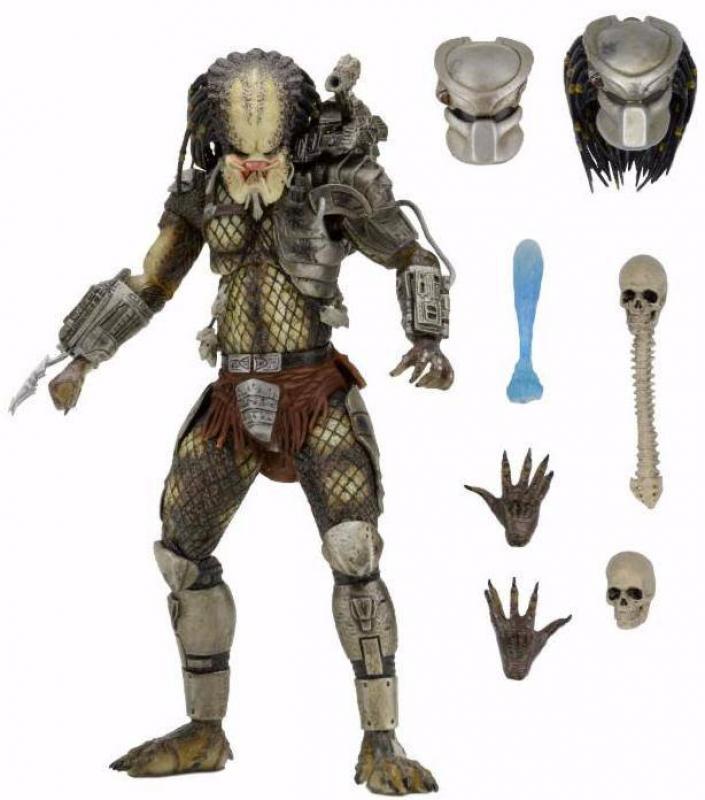 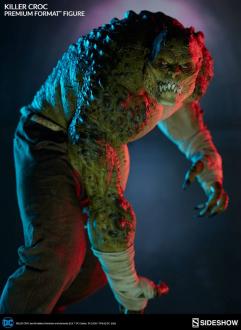 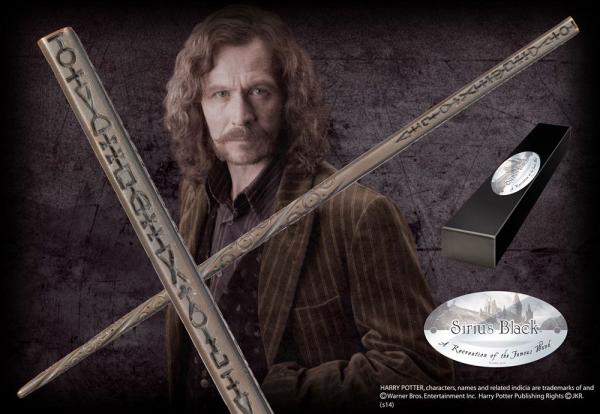 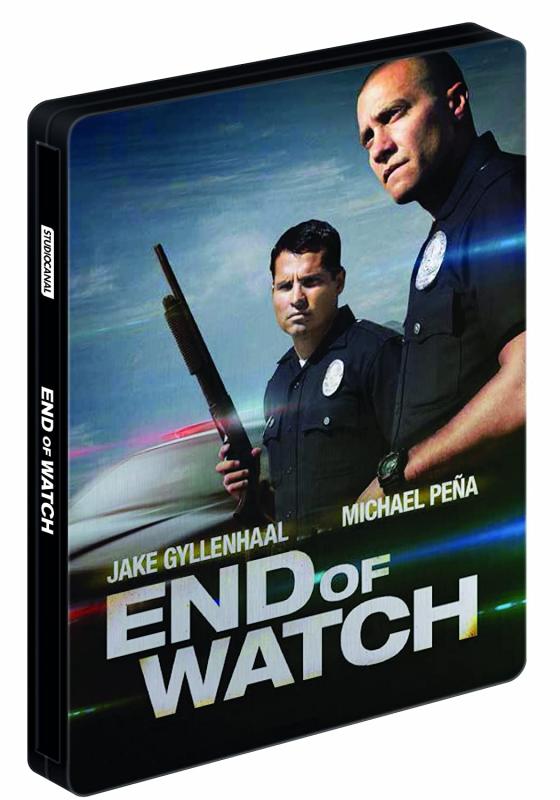 IN STOCK€ 49 End of Watch Steelbook Blu-ray No CZ