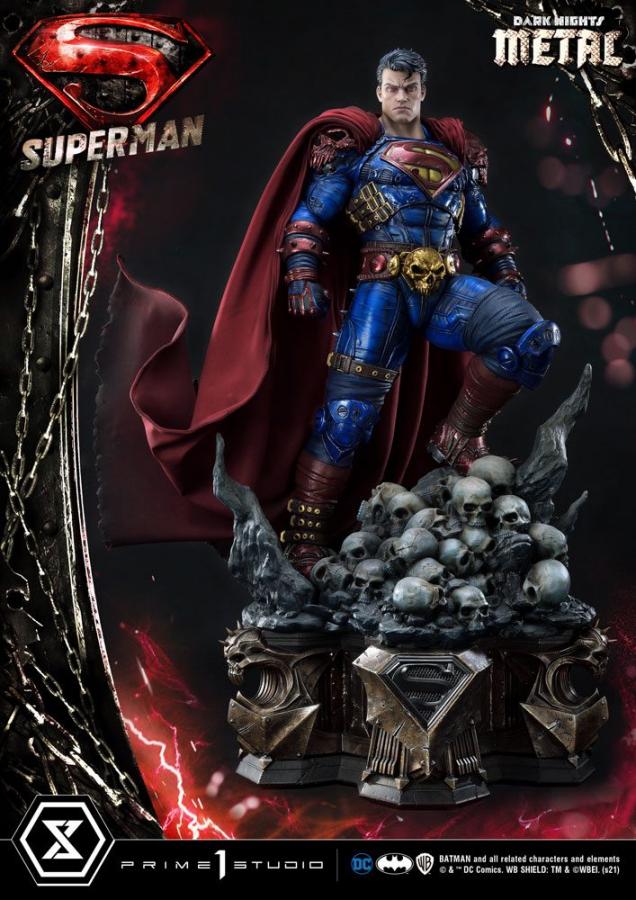 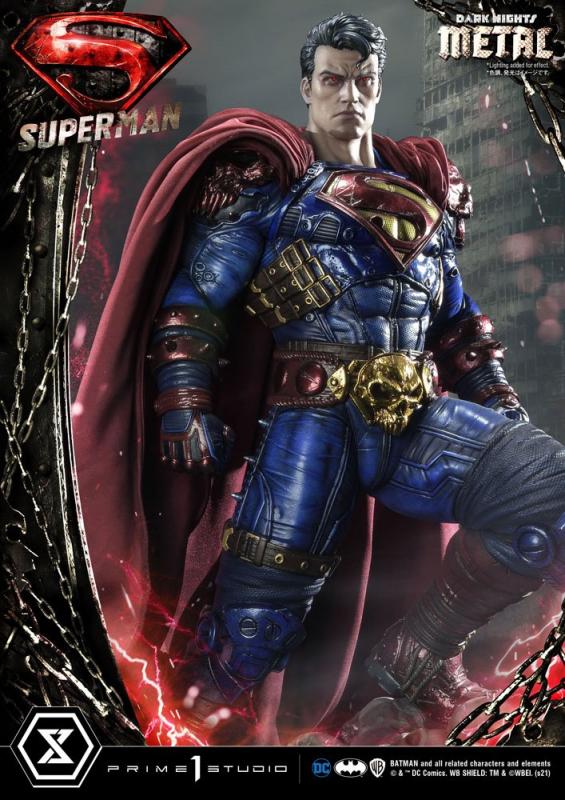 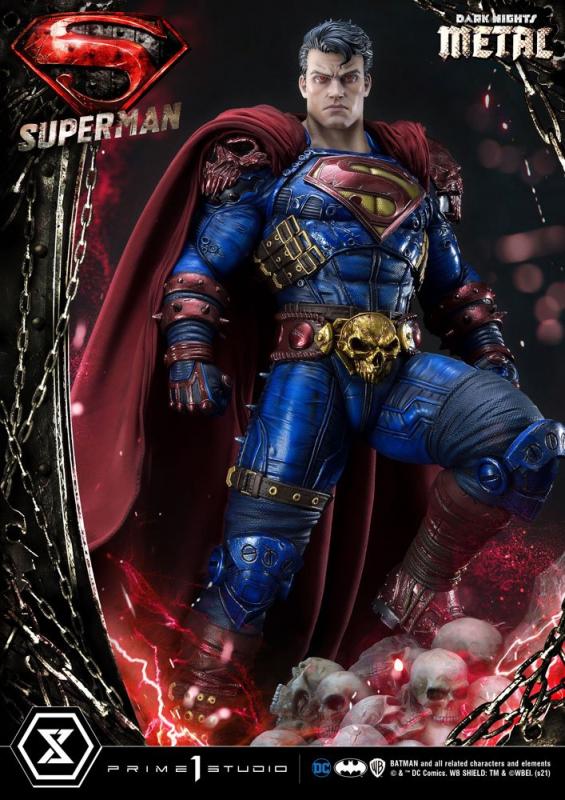 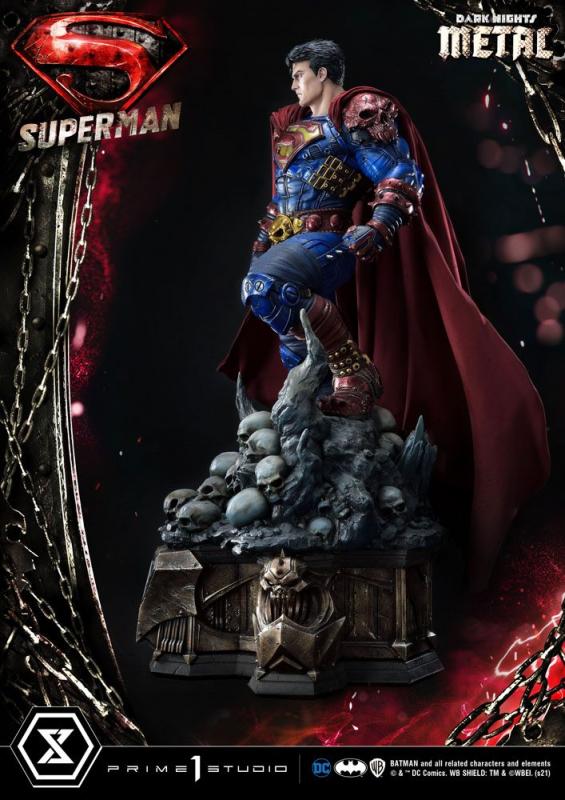 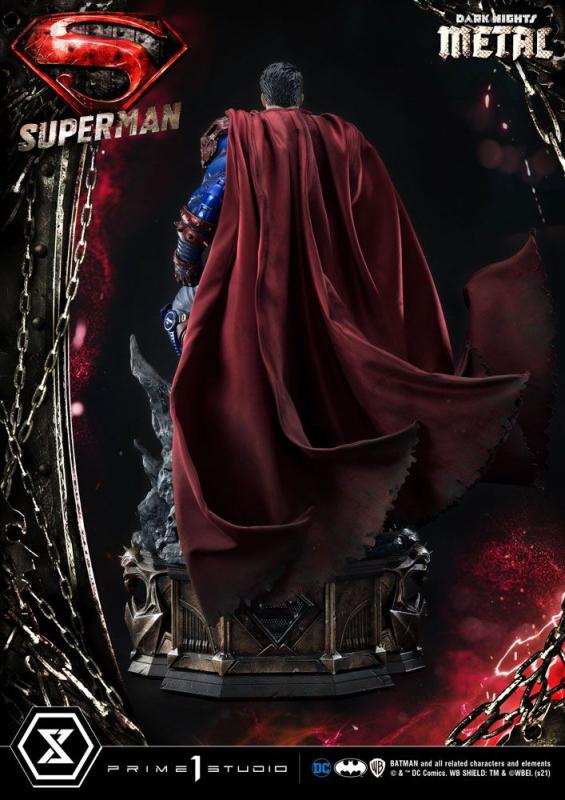 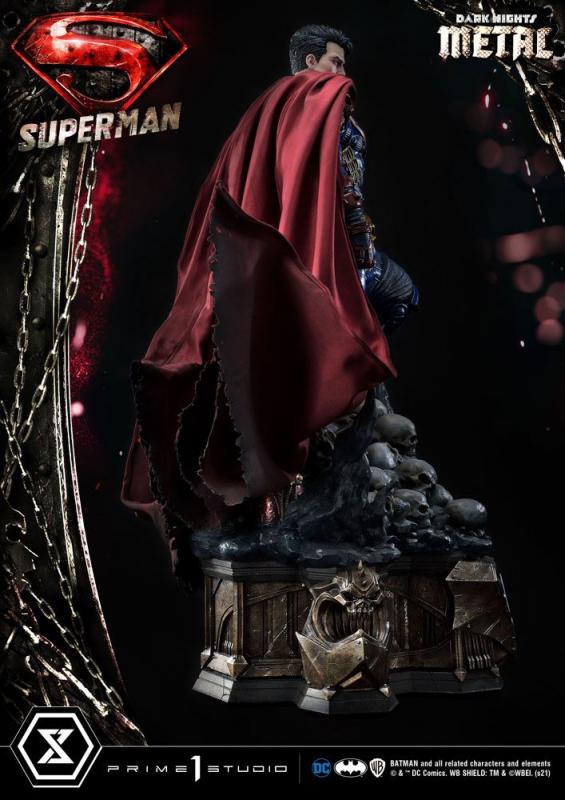 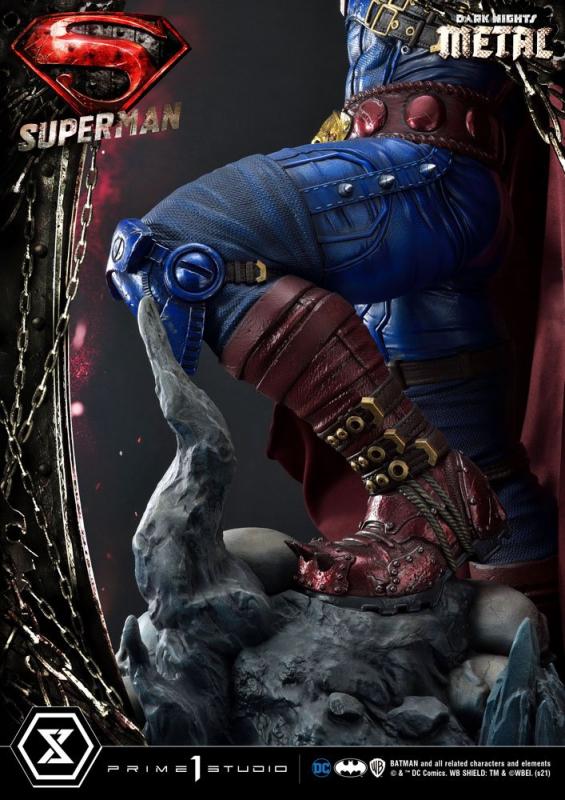 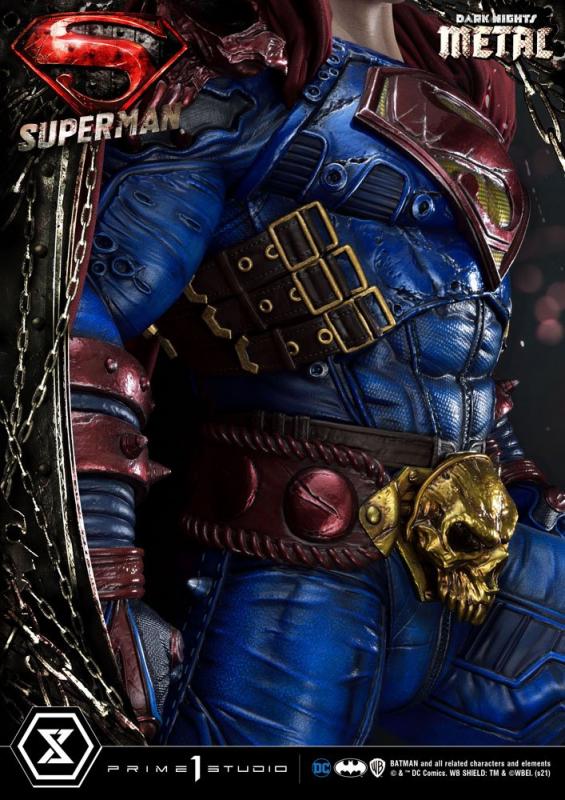 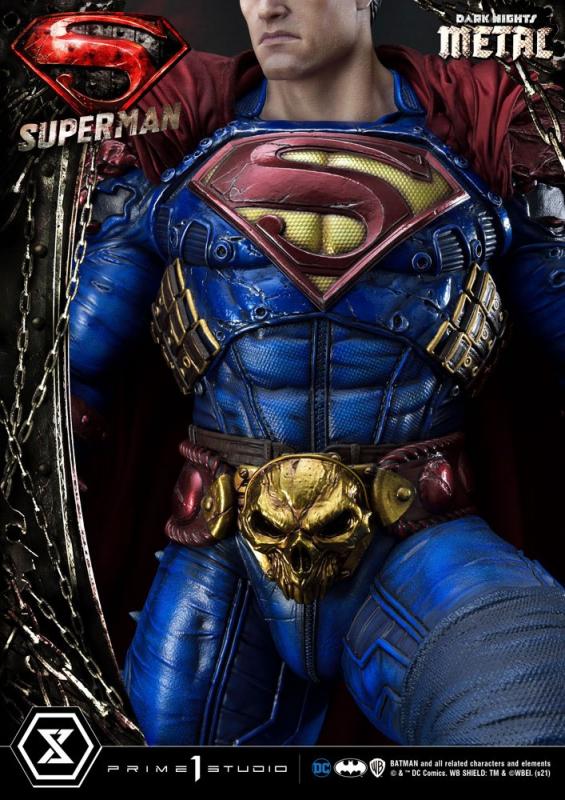 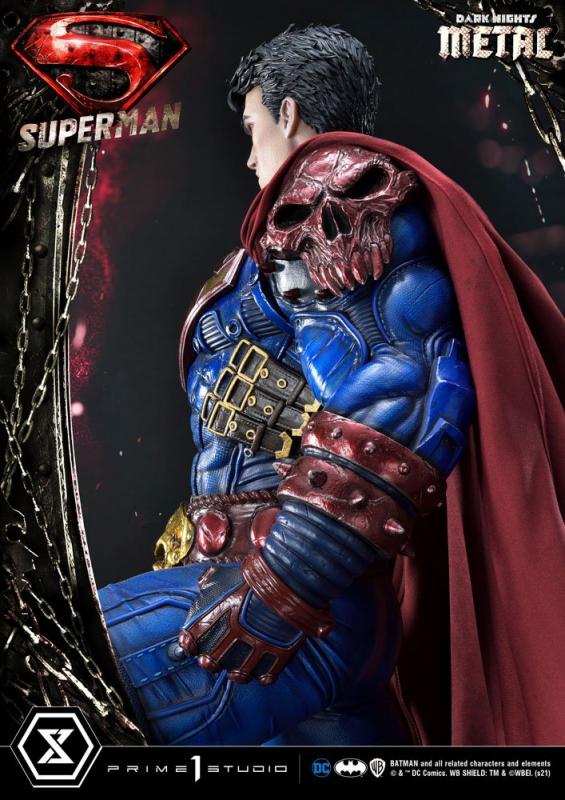 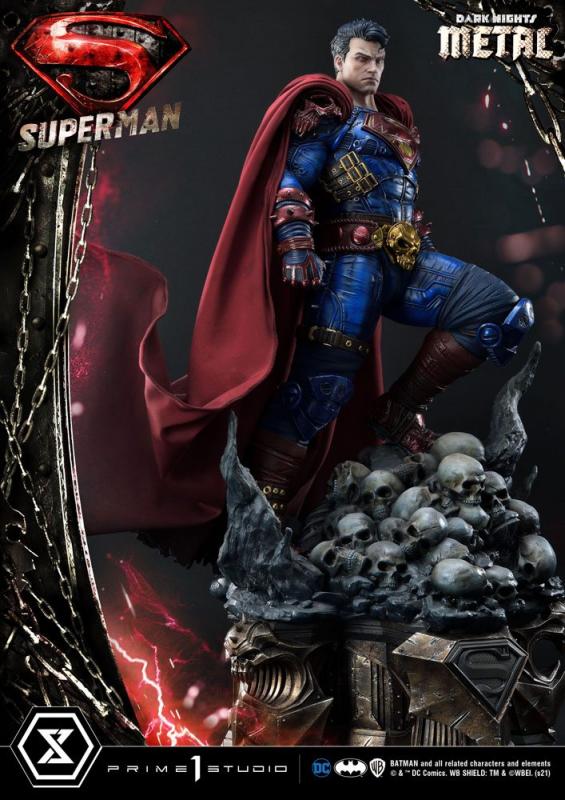 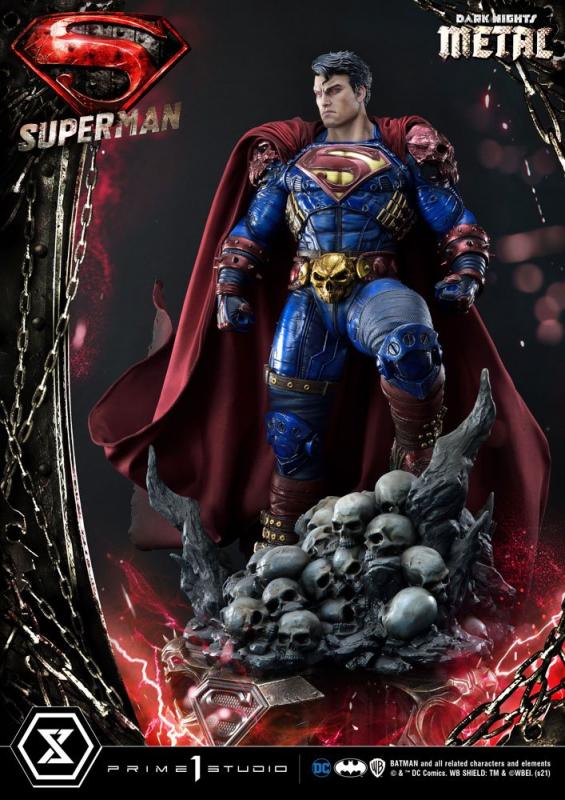 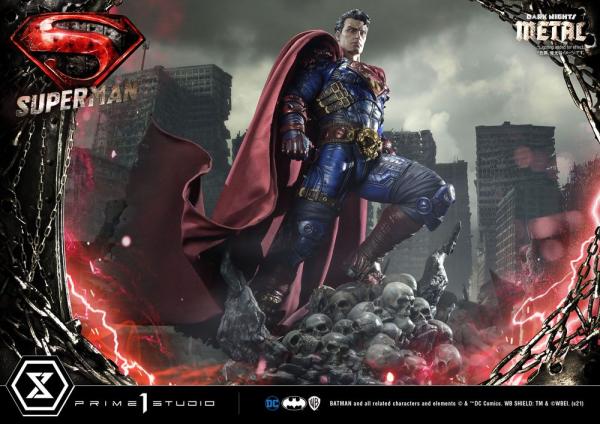 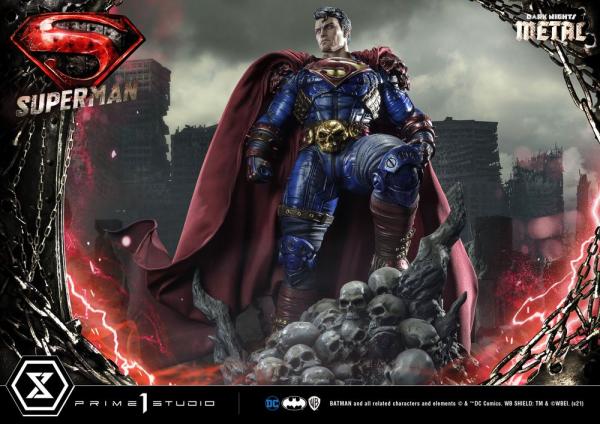 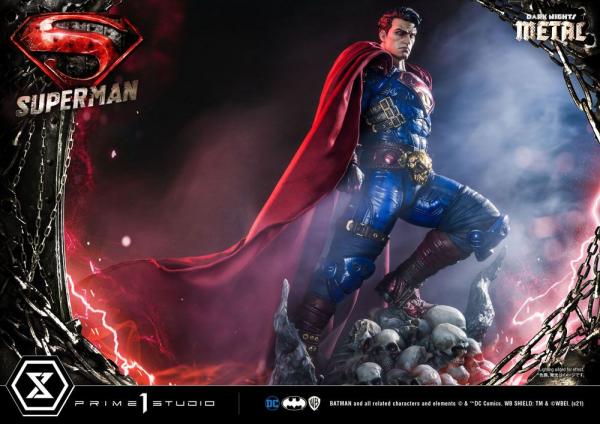 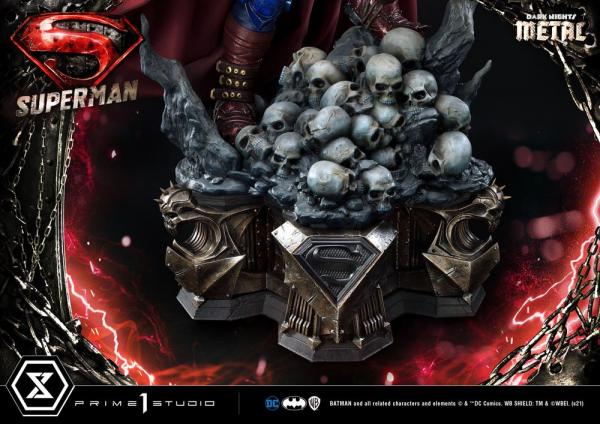 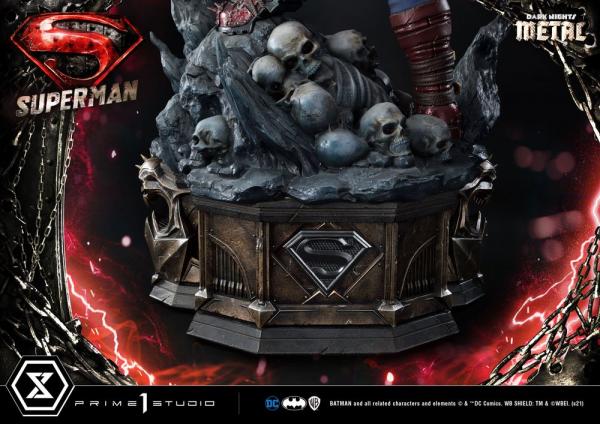 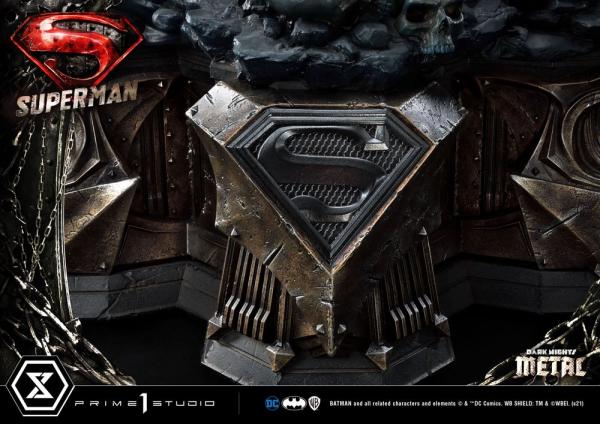 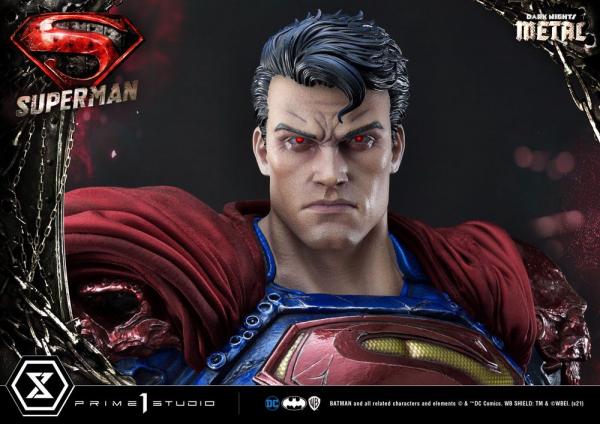 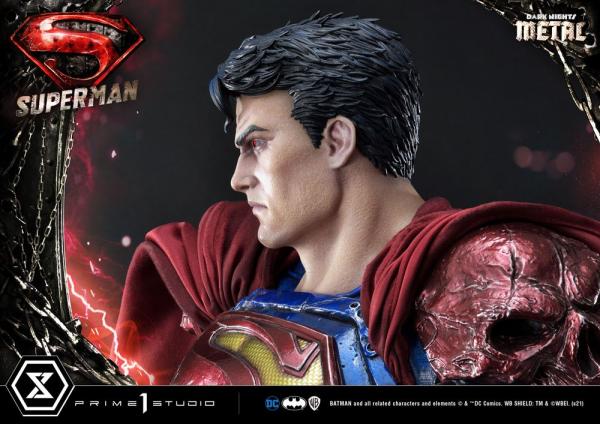 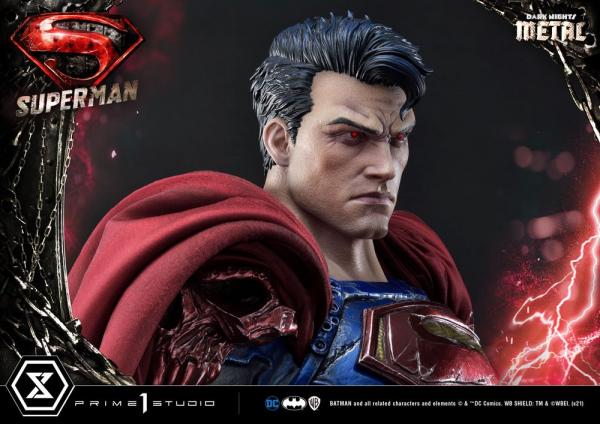 Flying in straight from Dark Nights: Metal #3, this version of Superman from the Dark Multiverse stands triumphantly at almost 35 inches tall! Prime 1 Studio's Superman statue sports an impressive suit of armor befitting the Dark Metal Universe he hails from. Superman's classic red and blue costume is completely decked out with straps, buckles, spikes and armor plating...as if the last Son of Krypton couldn't do enough damage by himself! Prime 1 Studio has labored to give Superman the grittiest of textures, the likes of which we have hardly seen. Our skillful sculptors have given realistic believability to every wrinkle, crease and microtexture on his padded suit. They paid particular attention to the battle-worn raised "S" symbol on his chest. We echoed Superman's menacing stare, by crafting exquisite skulls on his shoulders and belt buckle. And to match the high quality of the sculpting, our talented painters layered several finishes over his iconic base colors: metallic paints, weathering, dry brushing, and dark washes give this Superman statue an impressive dimensional character.

Increase the drama of this Superman statue by imbuing dynamic action into his poseable cape! Made from the finest fabric, and poseable wire, Superman's cape has been treated with a gradient and the hem has been given a worn texture to match the Dark dimension he is from. 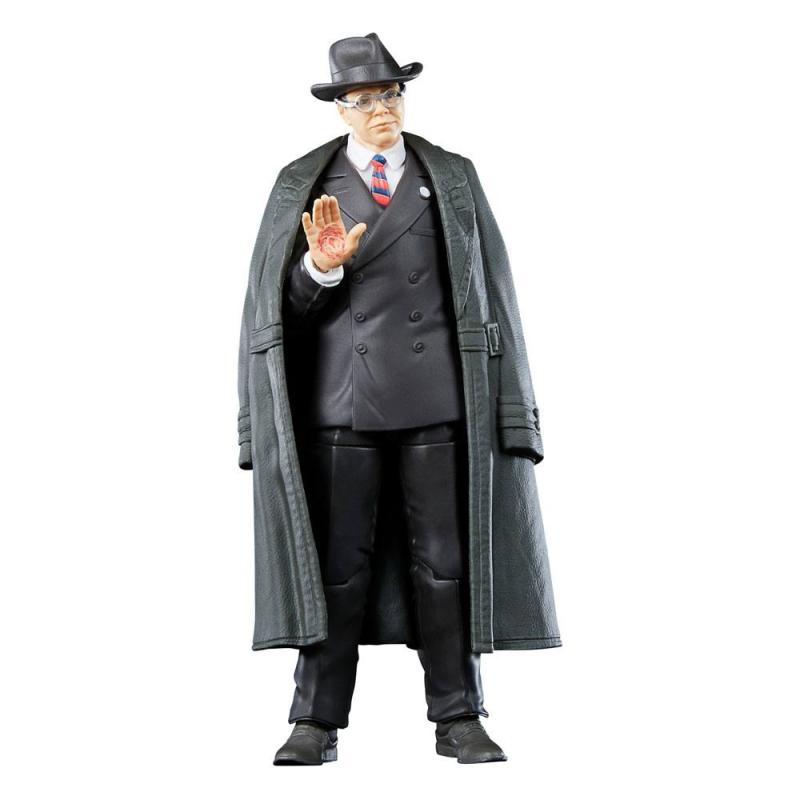 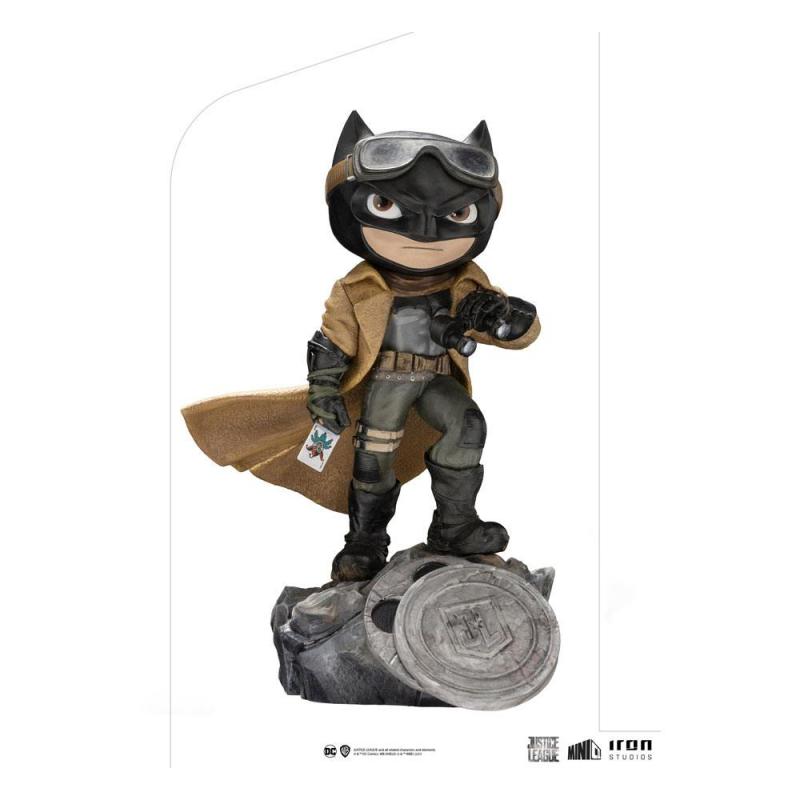 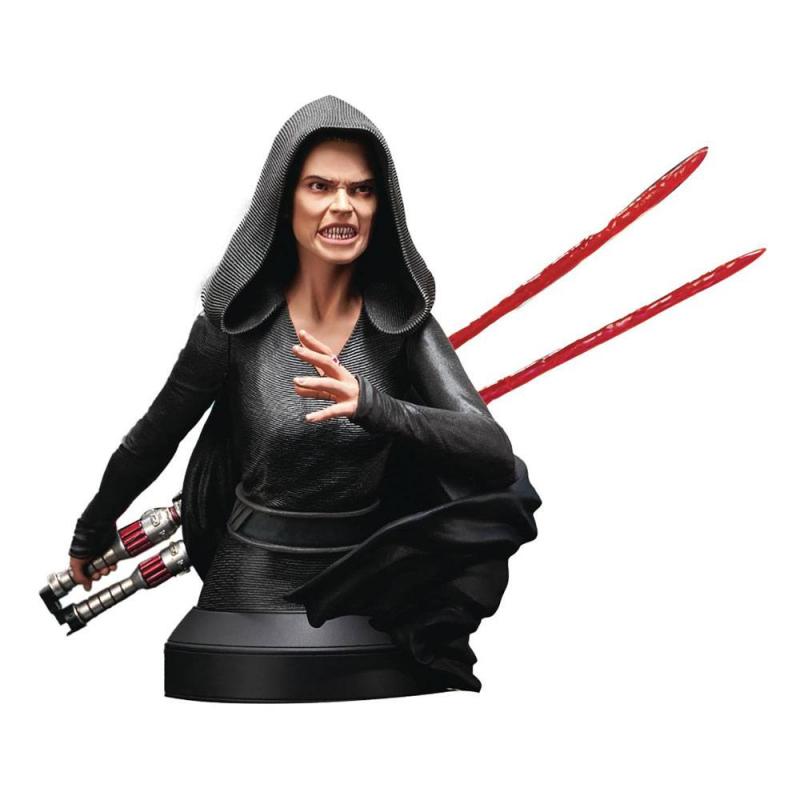 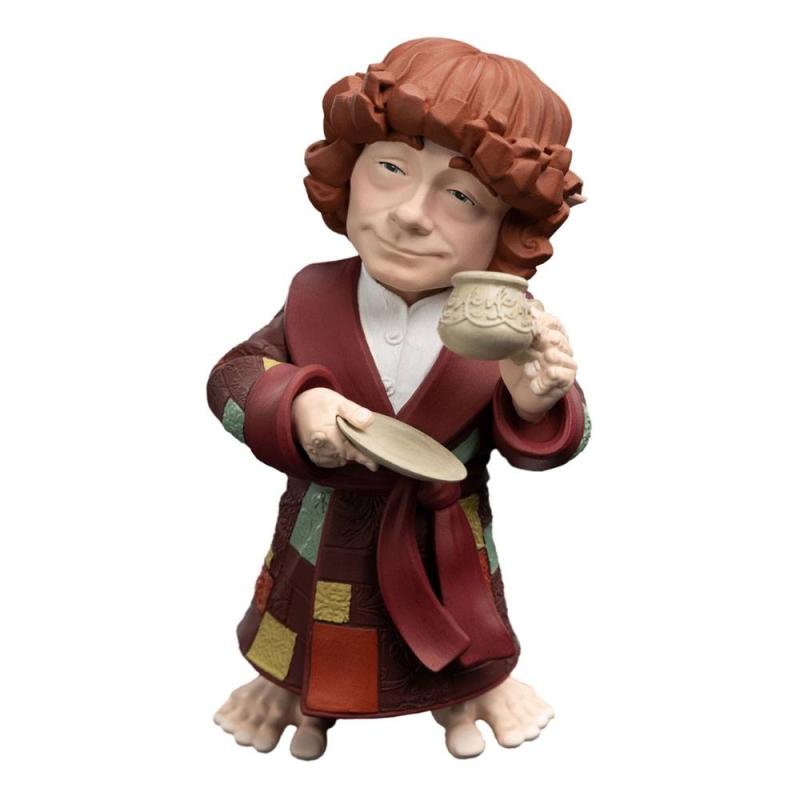 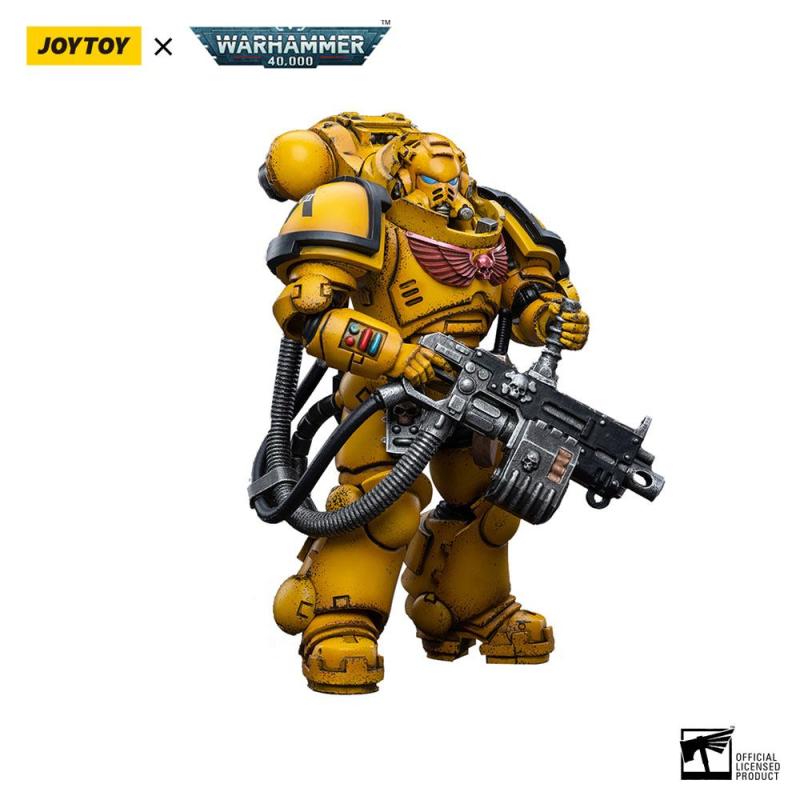