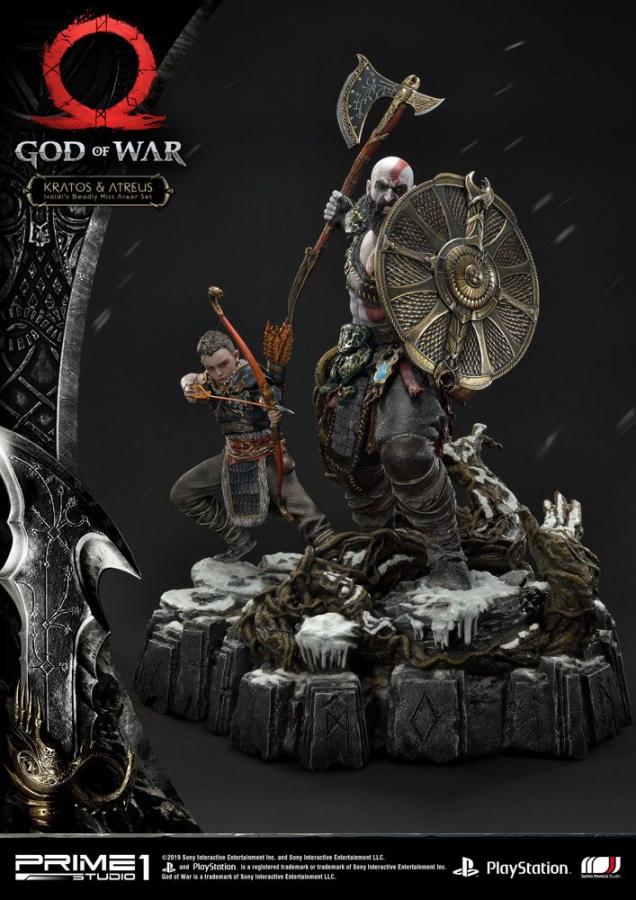 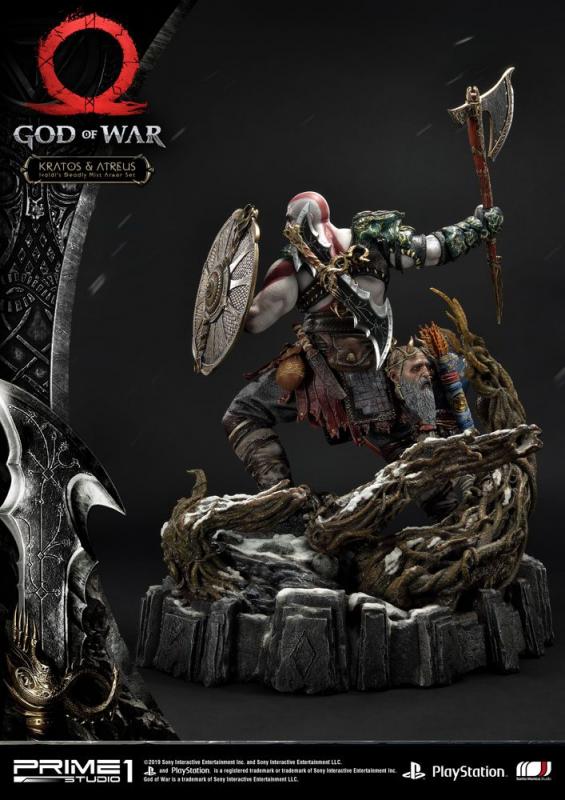 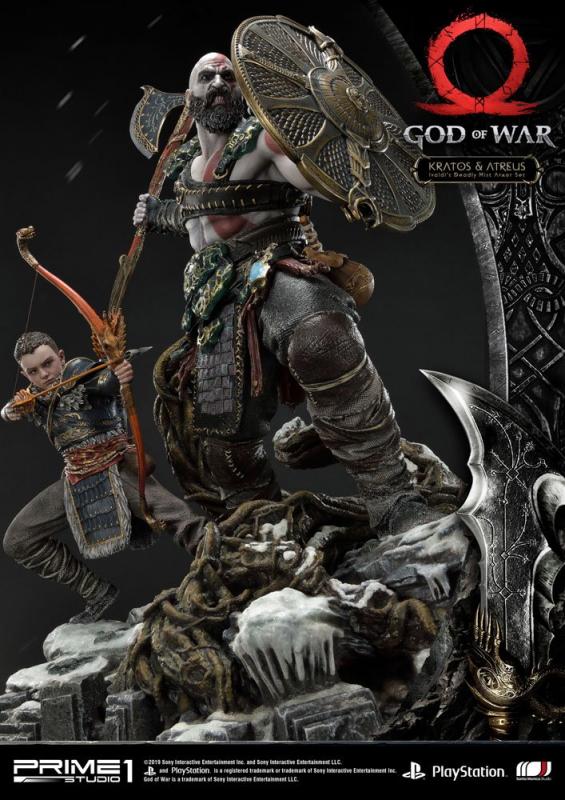 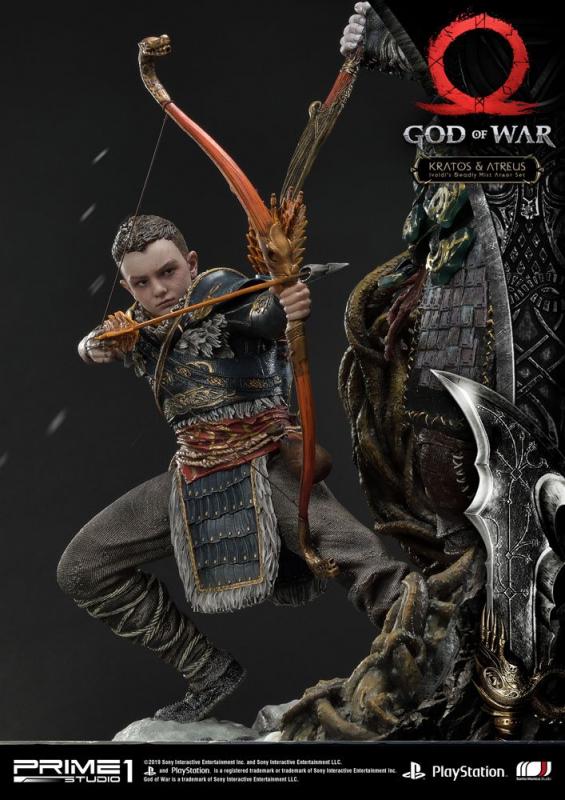 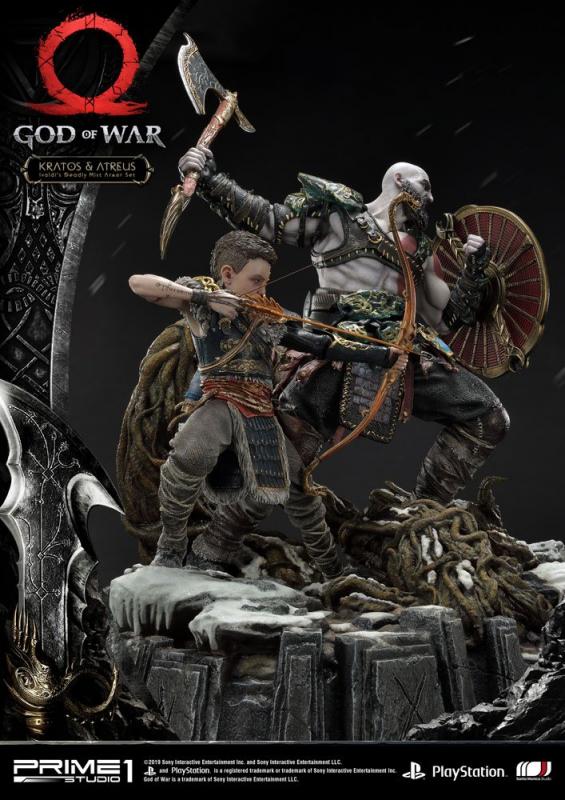 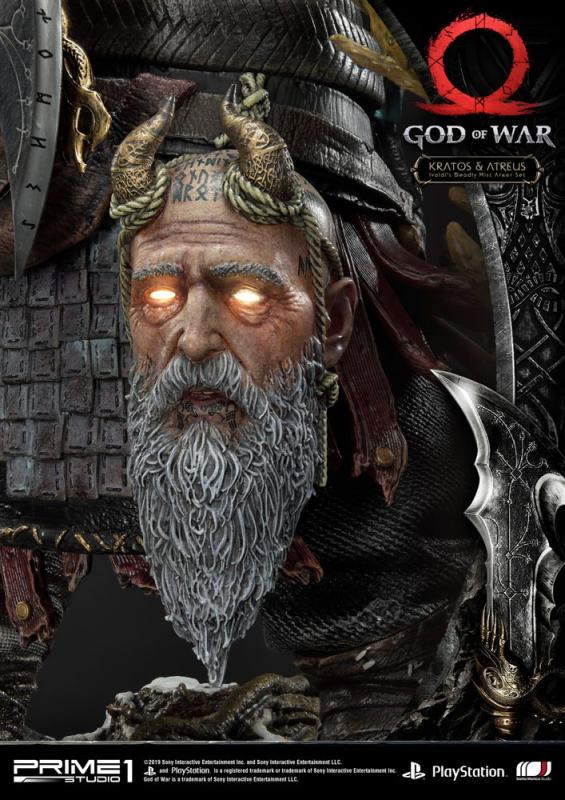 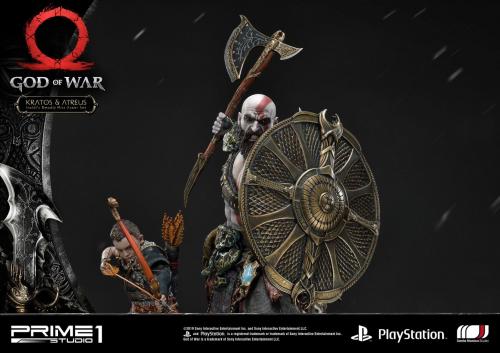 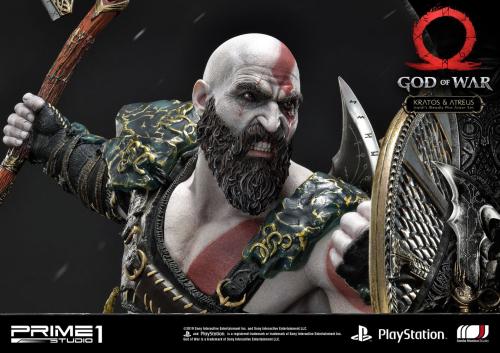 God of War is an action-adventure video game developed by Santa Monica Studio and published by Sony Interactive Entertainment (SIE) on April 20, 2018.

Kratos - the protagonist of the God of War series and his son Atreus go on a journey together, to spread the ashes of Atreus's mother at the highest peak of all the nine realms. They face danger in their path as they are forced to fight many enemies. One of them is Baldur - the main antagonist of God of War of whom the statue has been created as well.

The Kratos & Atreus Statue stands approximately 72 cm tall and features the highly detailed bodies covered in the New Ivaldi's Deadly Mist Armor Set. The equipment is made with accuracy and precision. A LED light up function is added in Mimir's eyes. 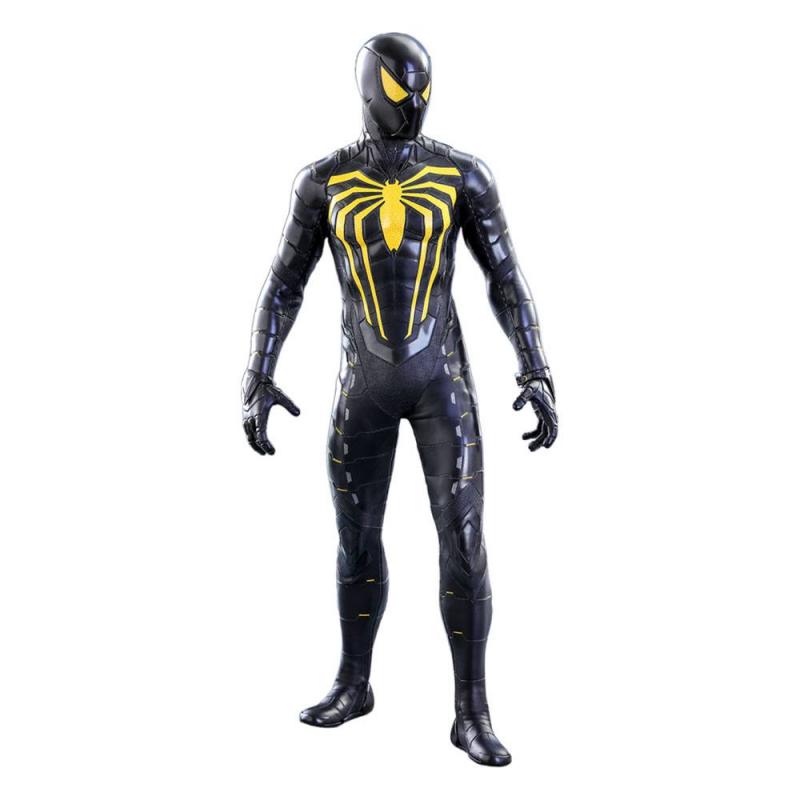 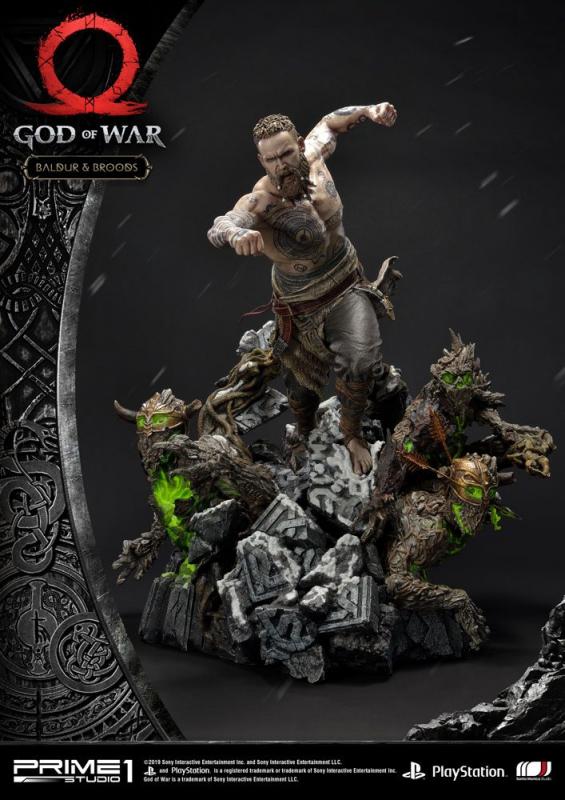 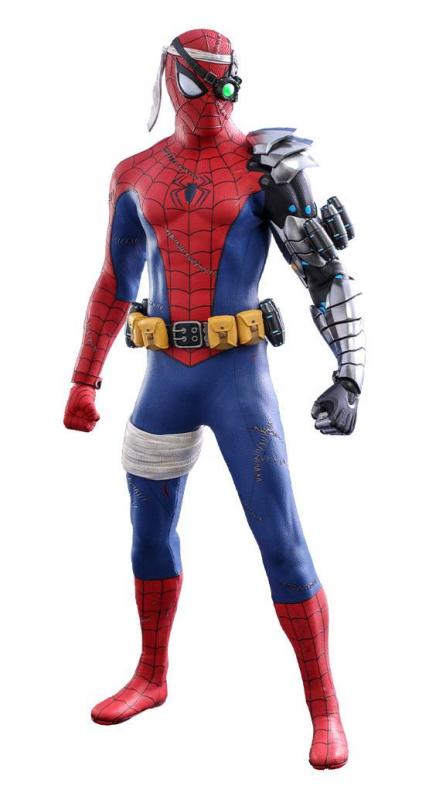 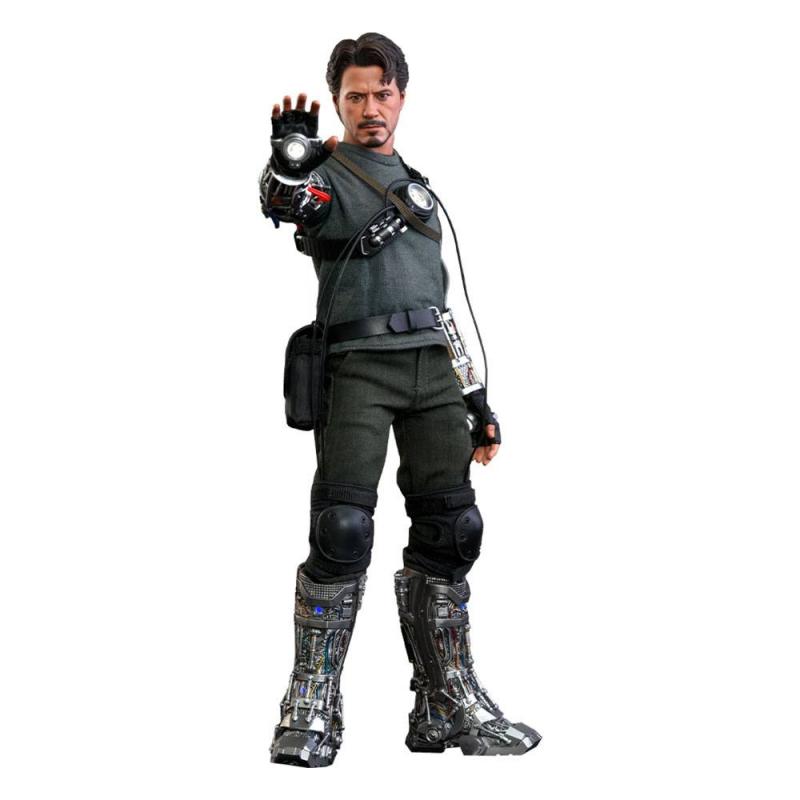