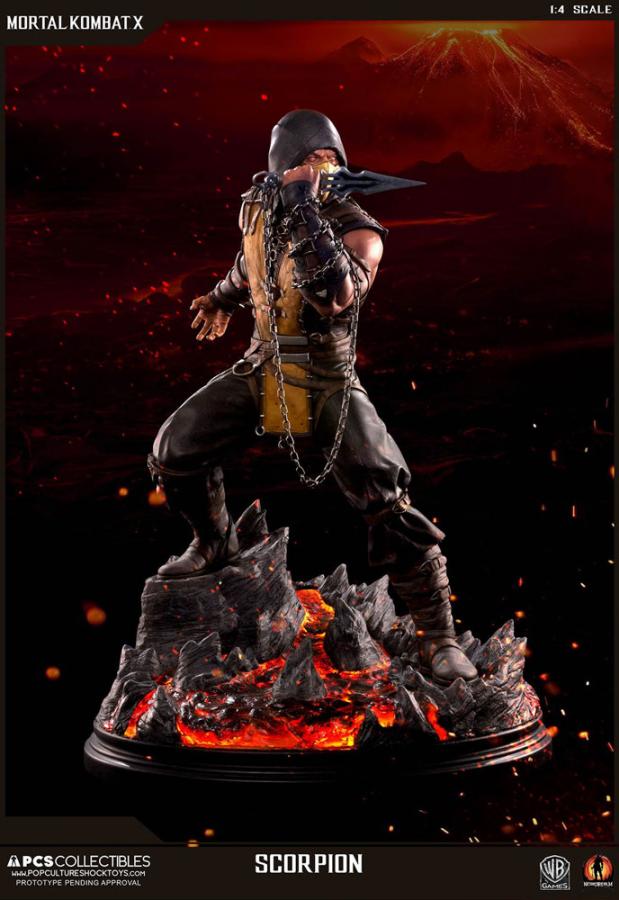 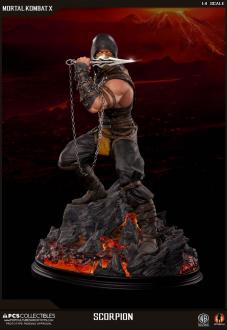 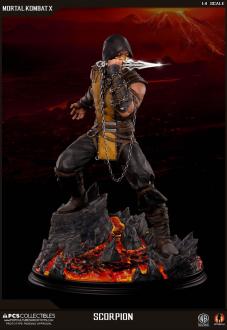 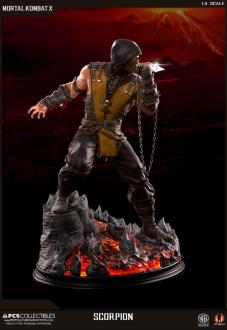 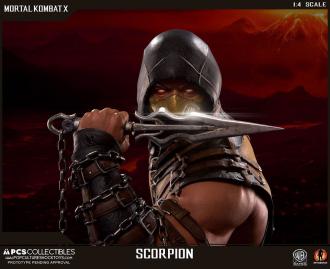 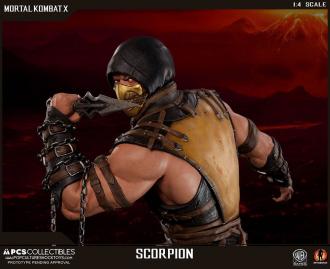 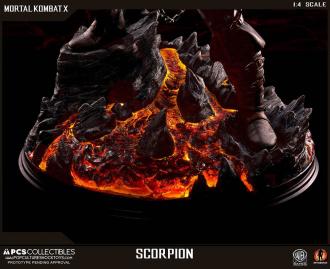 One of the most popular characters in all of gaming, Mortal Kombat X finds Scorpion's humanity restored by Raiden, on a mission of vengeance against the evil Quan Chi with unlikely ally Sub-Zero. Known once more as Hanzo Hasashi, he is now a tragic figure, his hellfire powers dependant on his own emotional pain. In order to tap into them, he must relive his greatest shame, the murder of his family and clan, and risks once again being consumed by his Scorpion persona if he does so for too long.

Netherrealm Studio's unofficial mascot, their company logo bears the wildly popular Scorpion's silhouette, and he has appeared in every franchise installment and spinoff, considered a formidable opponent by no less than Batman.

Sculpted in high-quality polystone on a light-up Lava Base, he seems to have stepped right out of the game - or right out of Hell - full of menace and conviction. Comes with chain and Certificate of Authenticity. 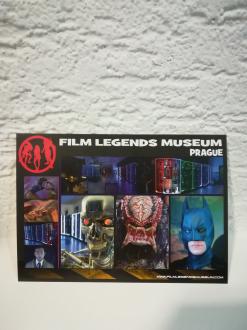 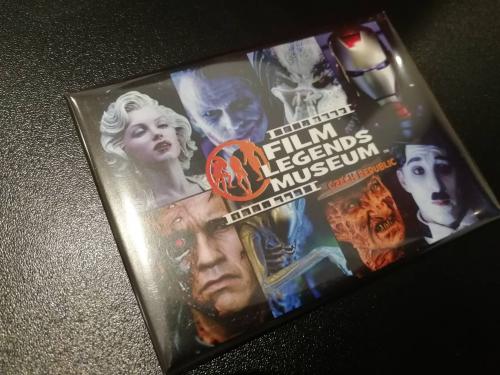 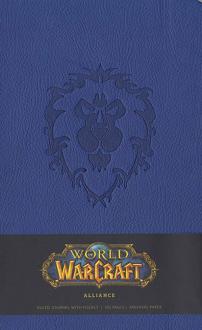