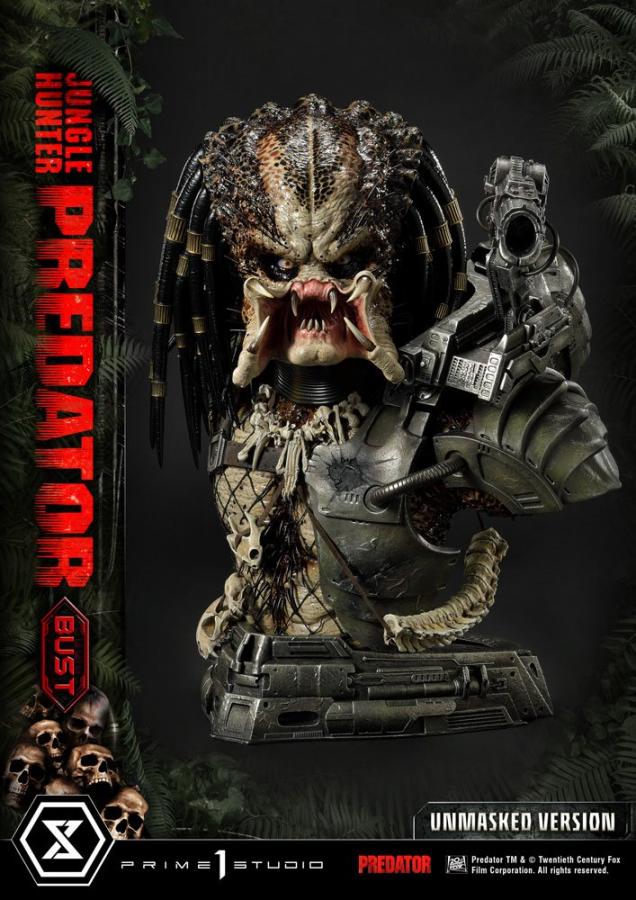 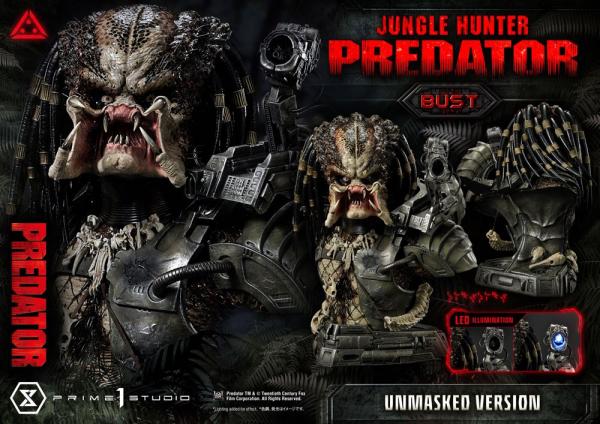 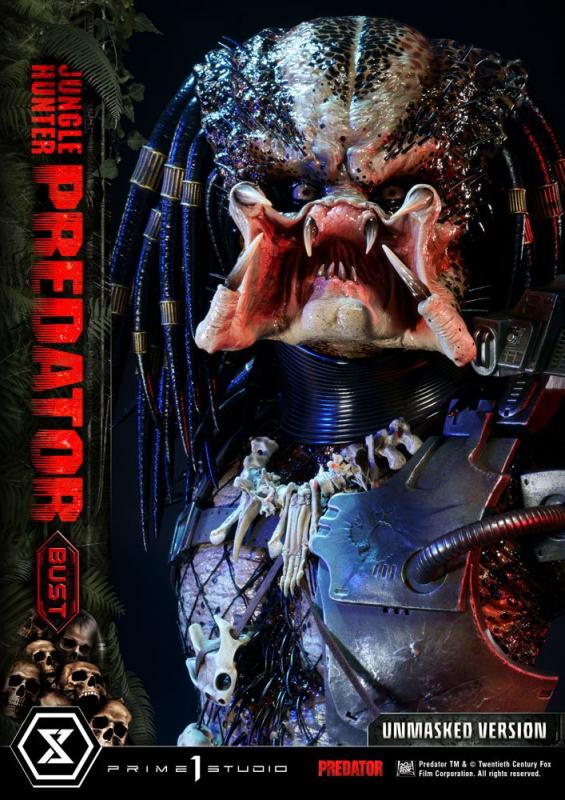 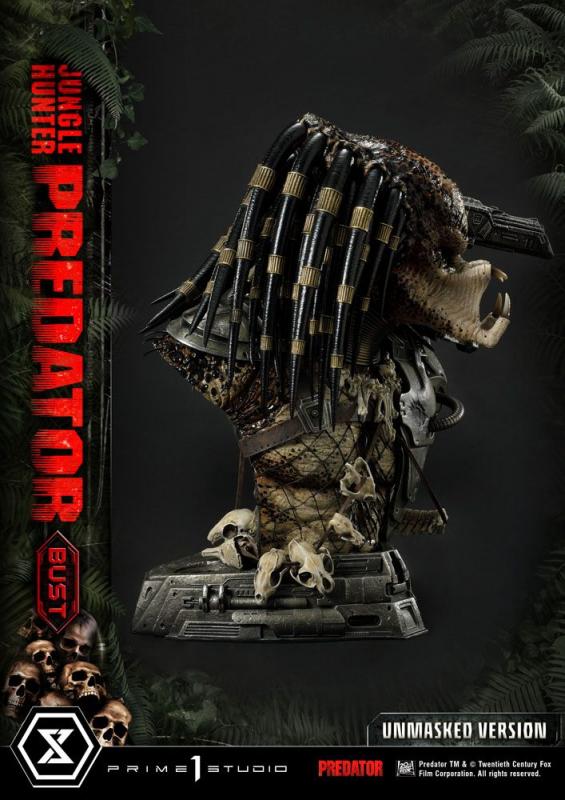 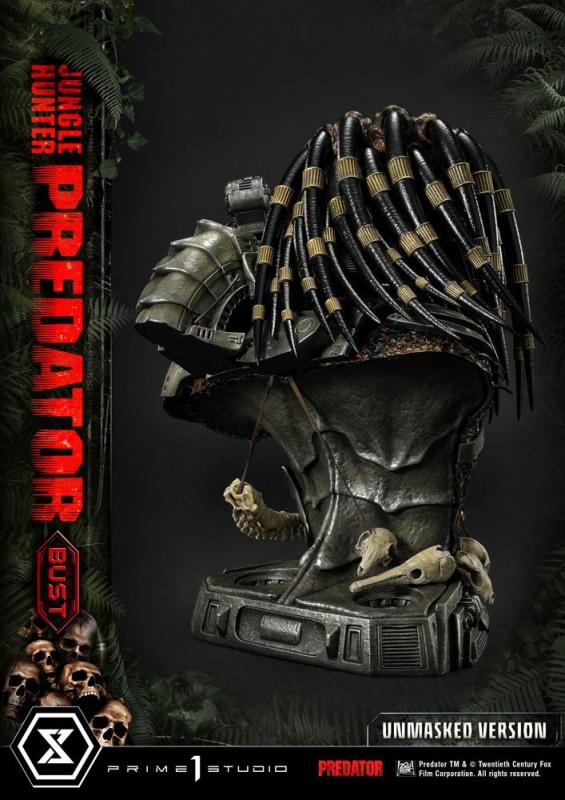 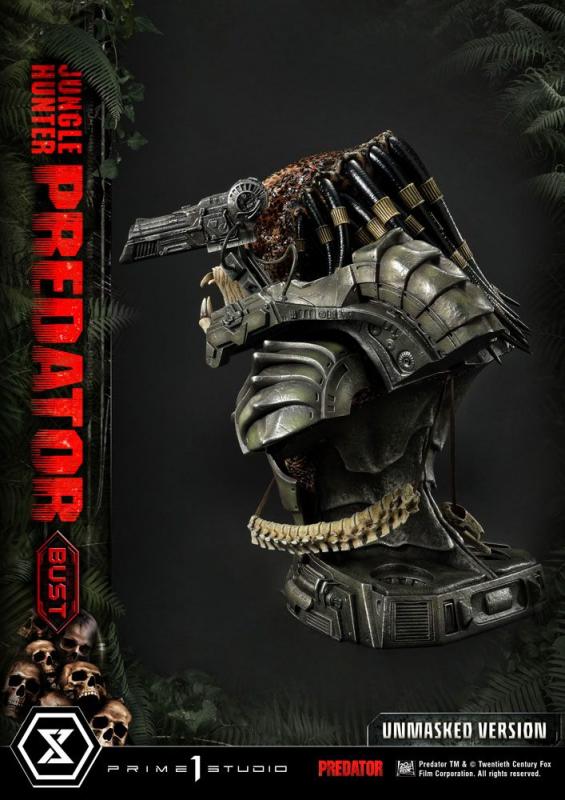 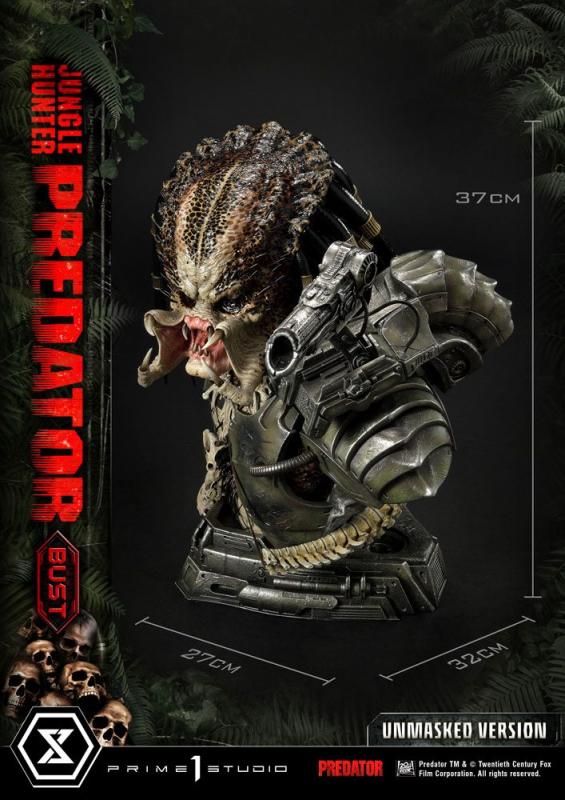 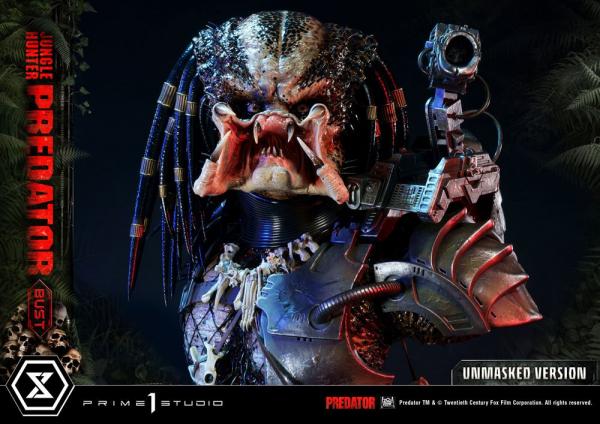 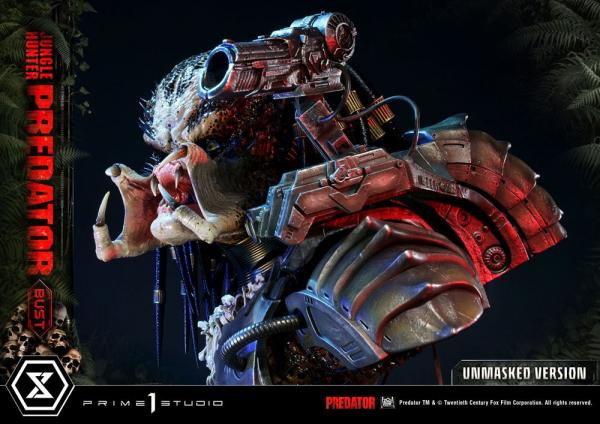 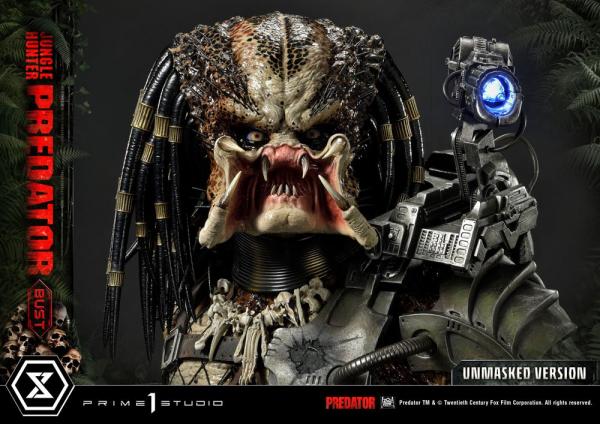 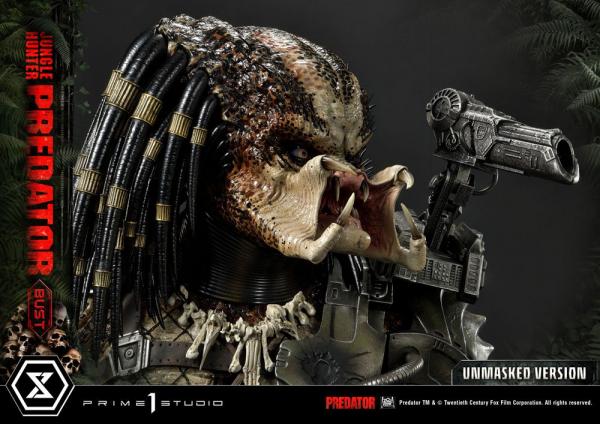 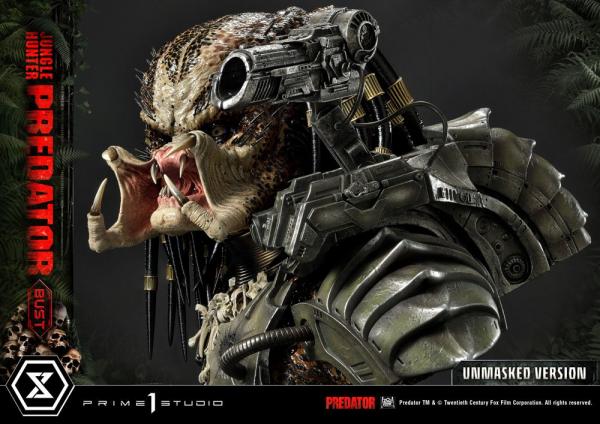 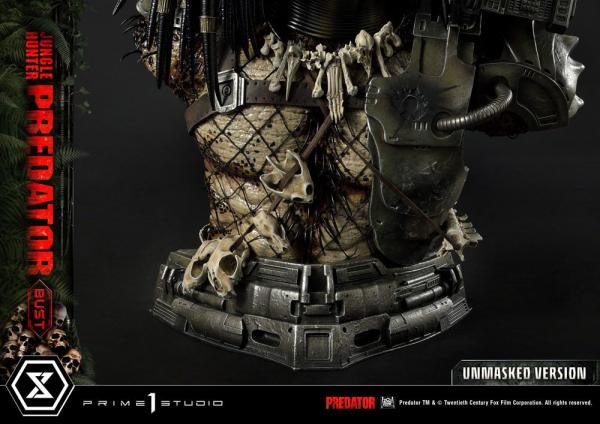 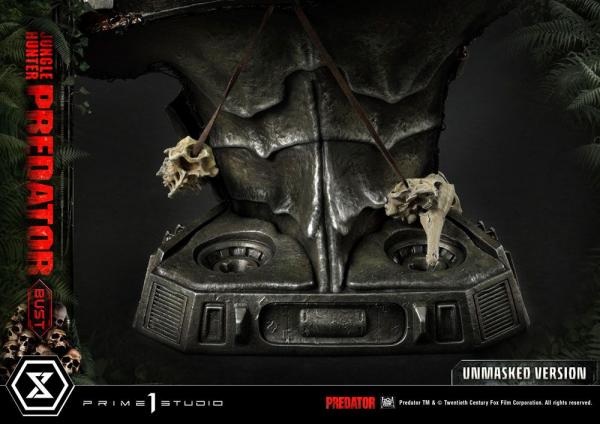 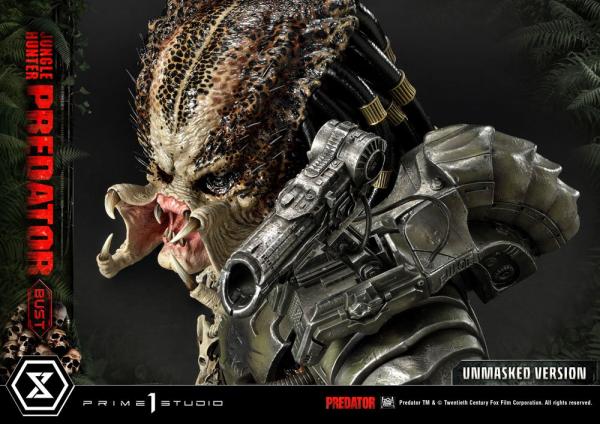 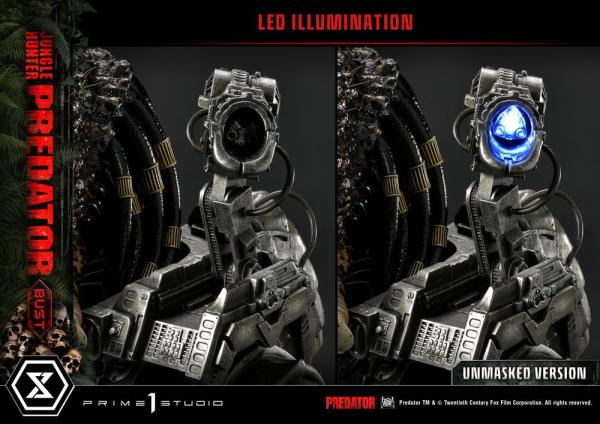 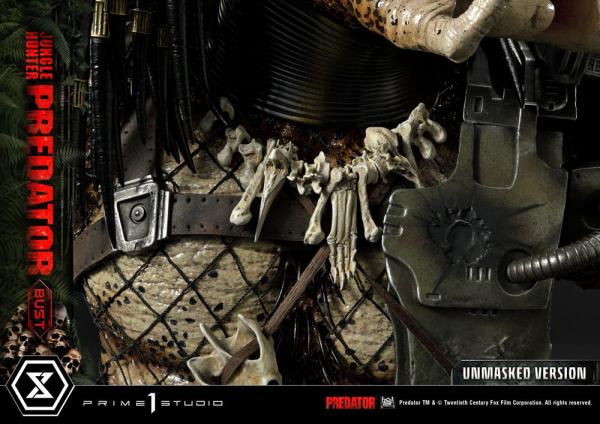 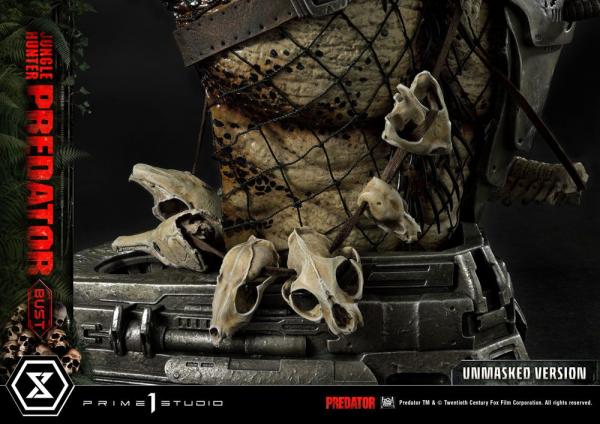 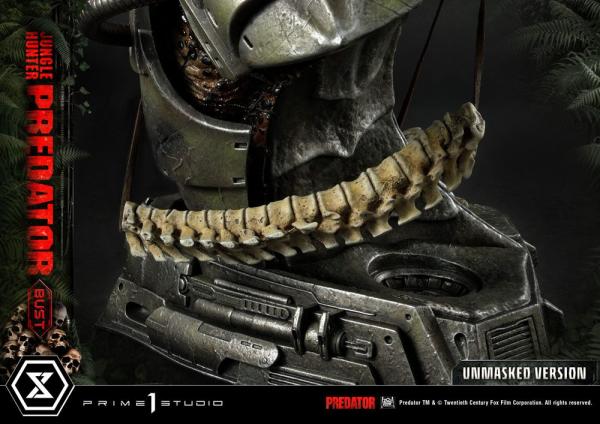 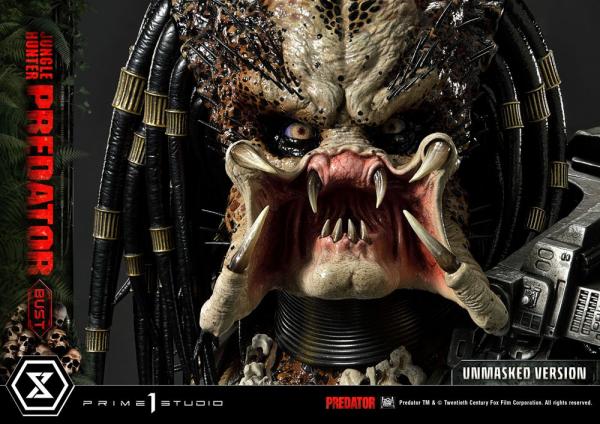 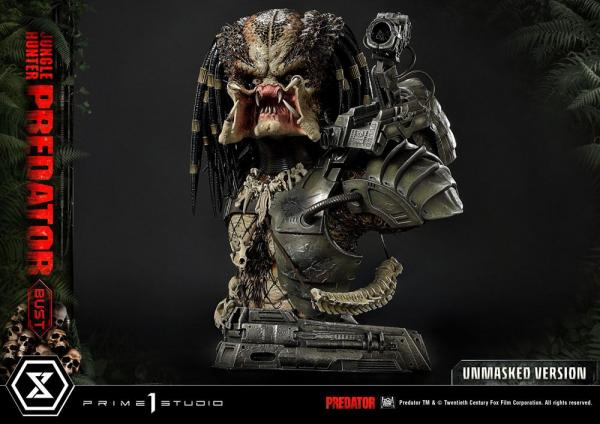 "There's something out there waiting for us, and it ain't no man. We're all gonna die." - Billy

Prime 1 Studio is excited to present an amazing supplement to a previous fan-favorite statue, and an incredible product on its own: the 1/3 scale PBPR-02: Jungle Hunter Predator Bust, Unmasked Version from Predator (1987)!

Prime 1 Studio artisans have crafted this bust with the same precision and attention to detail that they devoted to the full statue.

We have outfitted the Jungle Hunter Predator Bust, Unmasked Version with his grotesque unmasked look. Towards the end of the 1987 film, as the Jungle Hunter Predator hunted "Dutch" Schaefer into a corner, he took his Bio-Mask off to reveal his true form! Which prompted Dutch to say one of the movies MOST iconic lines: "You are one UGLY m$%&therf&#"!&ker!" Furthermore, we have equipped this bust with an LED Illuminated Plasma Cannon, so that you can proudly display this beast as it is ready to lay waste to everyone around it.

Any discerning connoisseur of the Predator franchise will immediately recognize these busts as an instant legendary classic. So don't wait on getting the Jungle Hunter Predator Bust, Unmasked Version...his self-destruct sequence is counting down! 3...2...1... 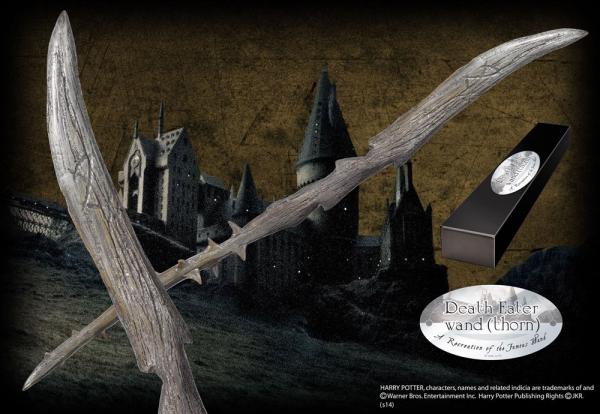 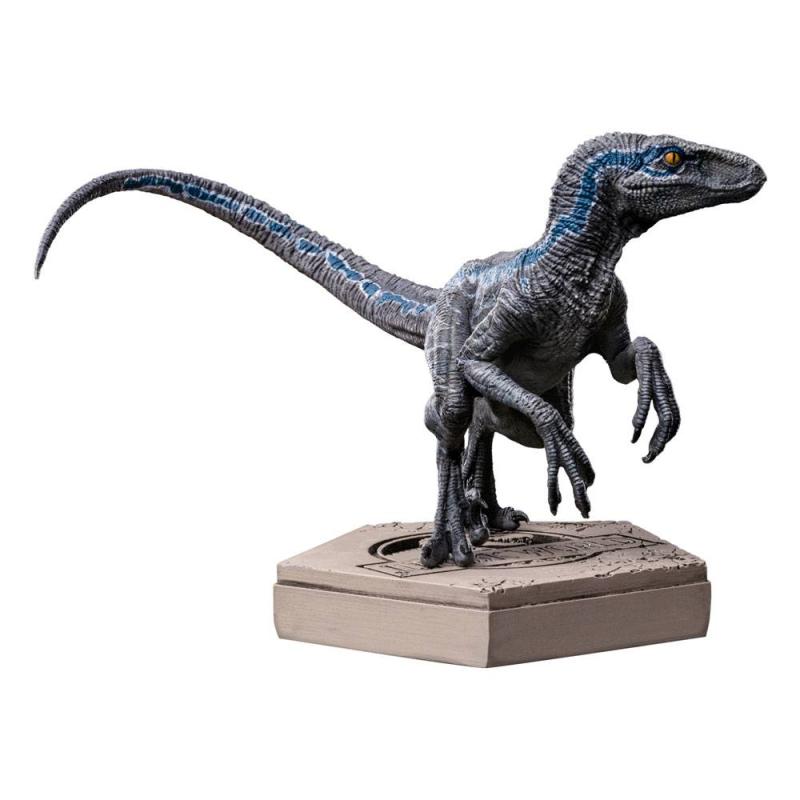 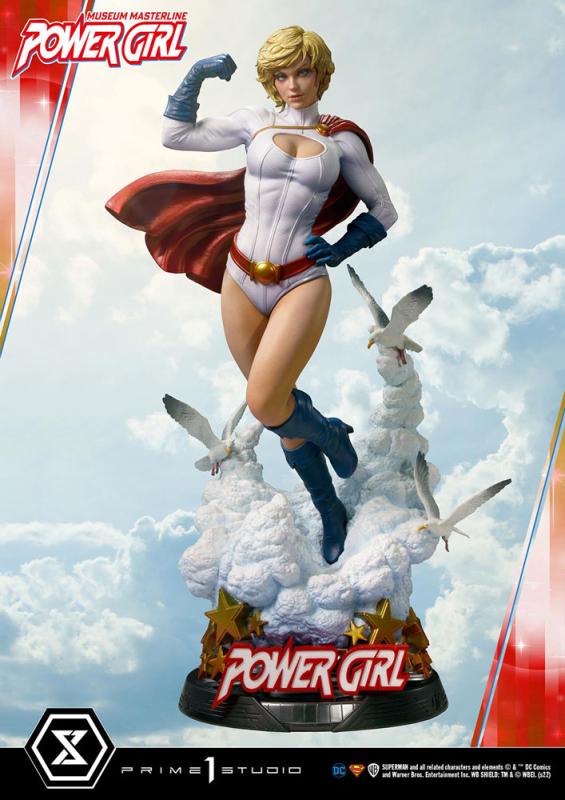 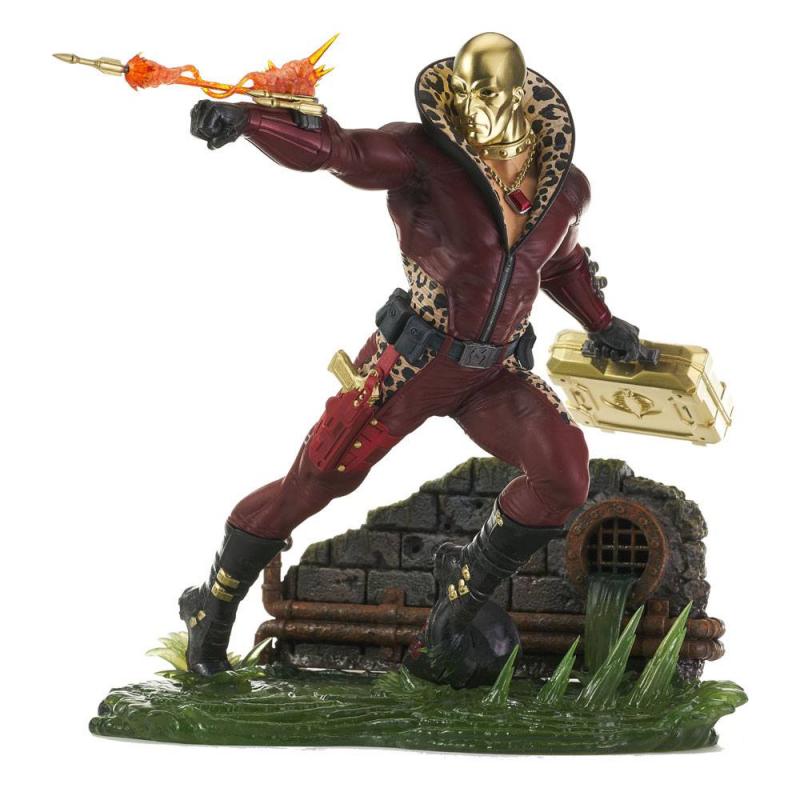 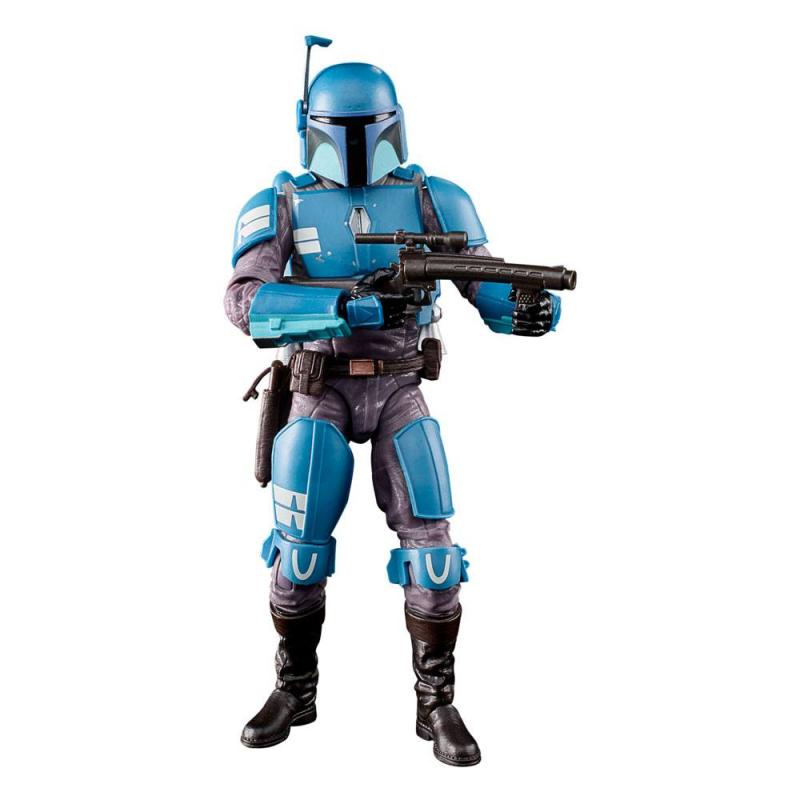 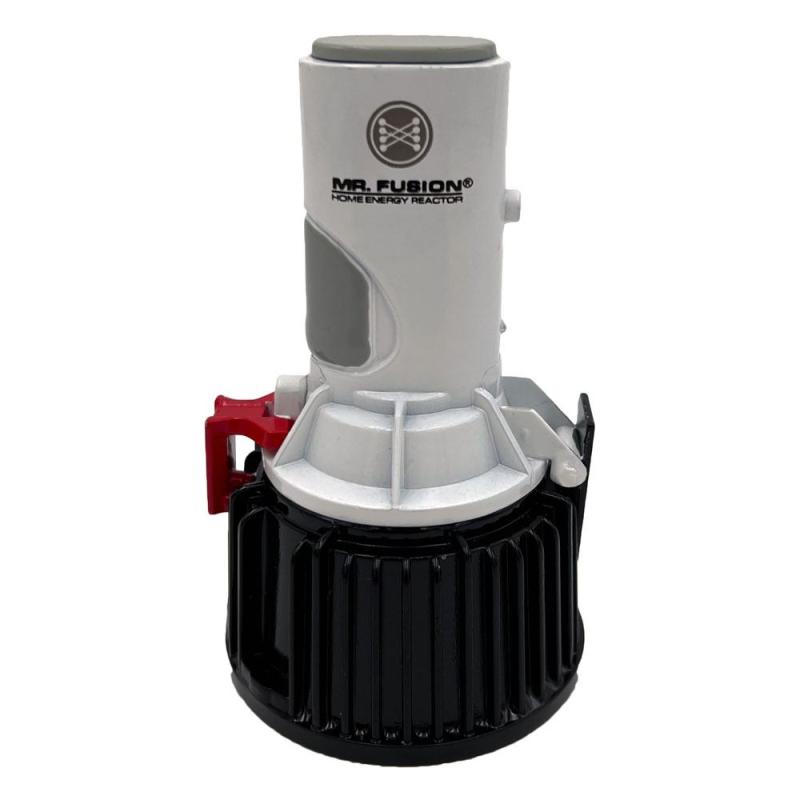