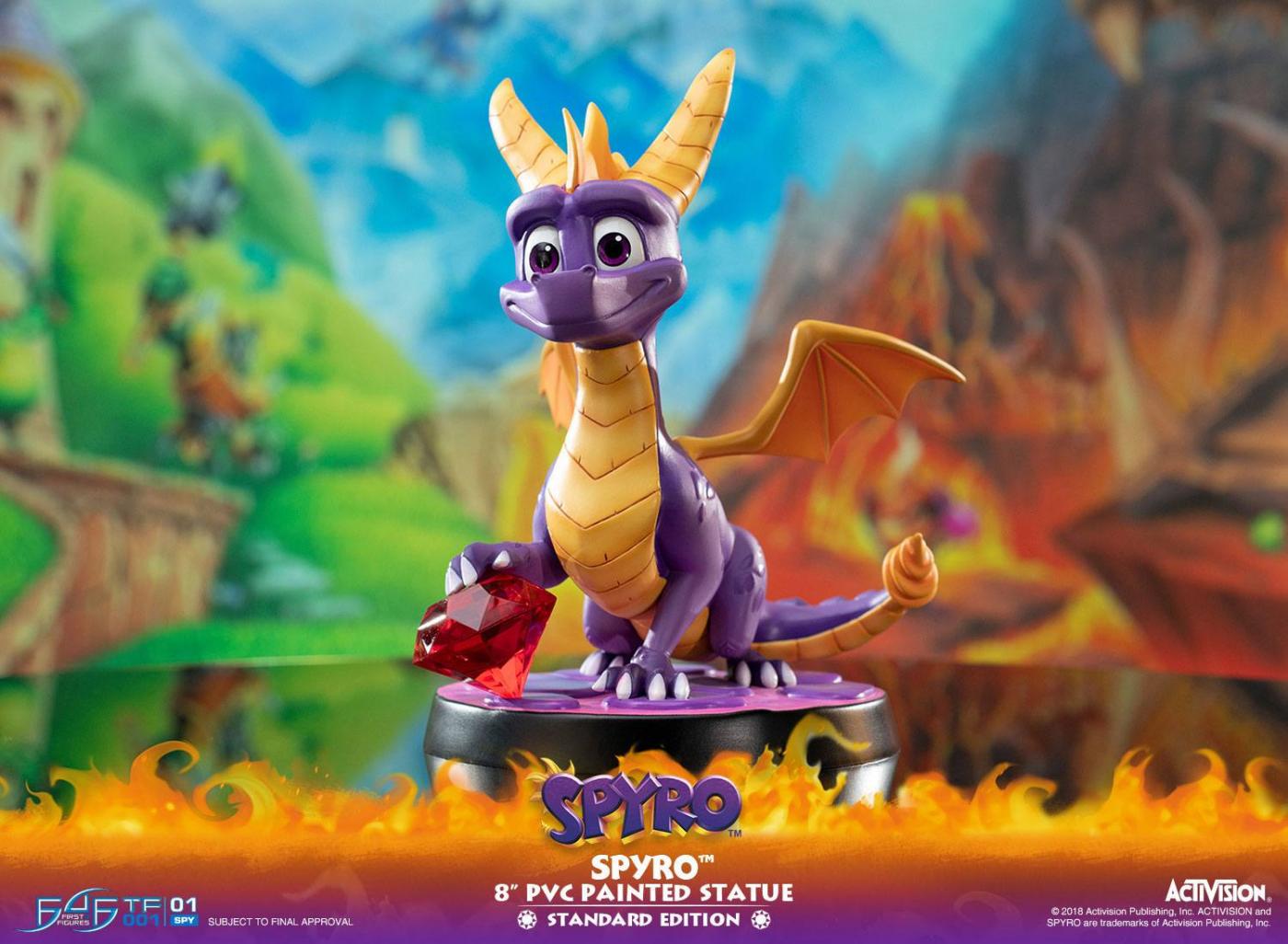 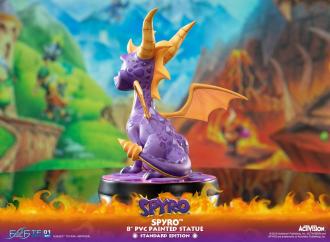 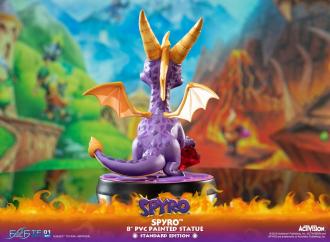 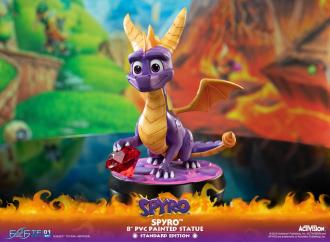 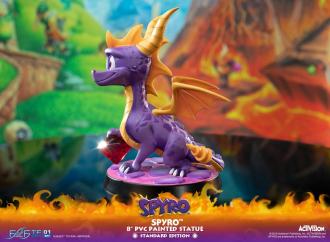 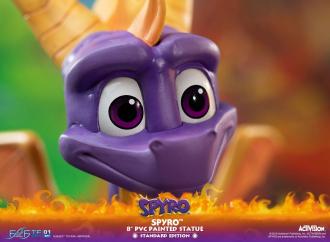 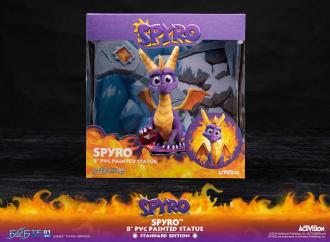 Spyro, an energetic young dragon, is known for defeating his enemies by breathing fire and charging at them. He also has the ability to glide to usually inaccessible places in the game world. Spyro is often accompanied by his dragonfly best friend named Sparx.

Sparx and Spyro have been best friends as far back as when they were still eggs. Sparx follows Spyro around and acts as his health indicator. The dragonfly also helps collect treasure that's scattered throughout the game world. Spyro will be vulnerable if Sparx disappears, but he can replenish Sparx by finding butterflies for him to eat.

It stands approx. 20 cm tall and comes with matching base in a deluxe full color packaging. 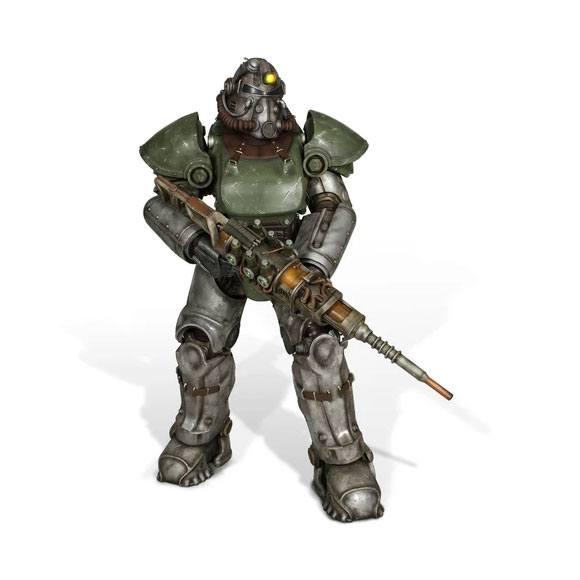 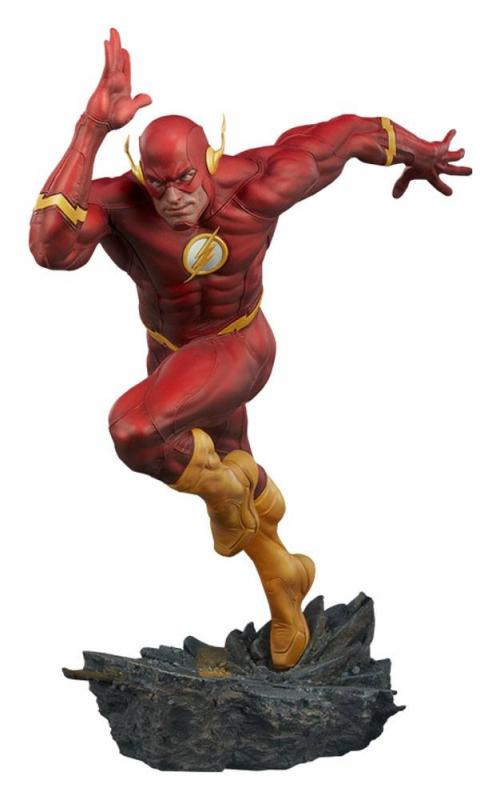 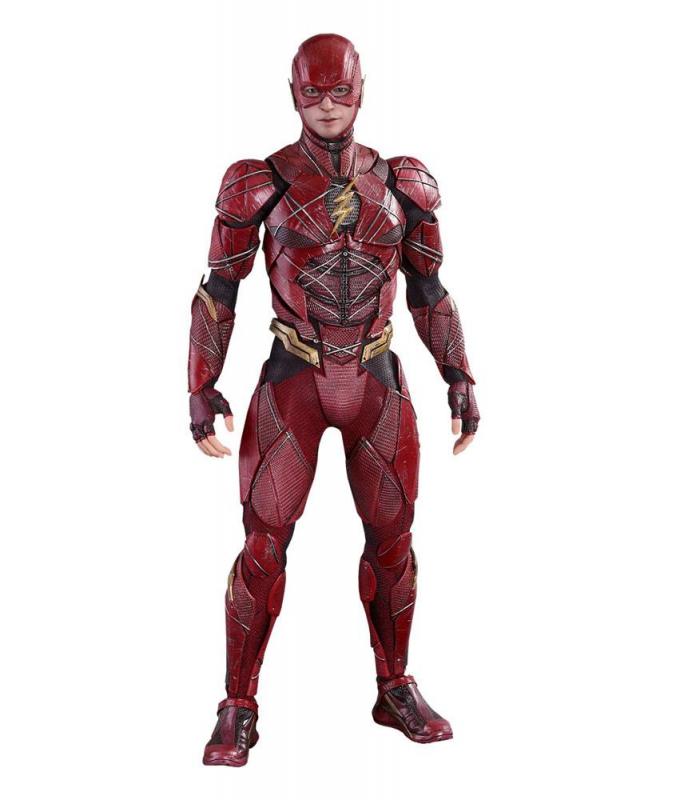 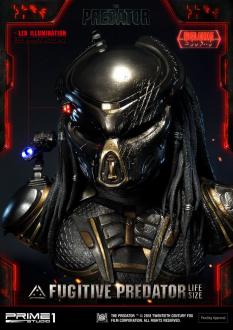 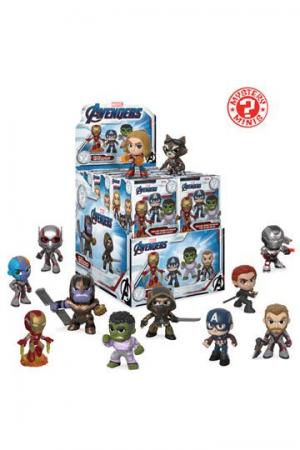