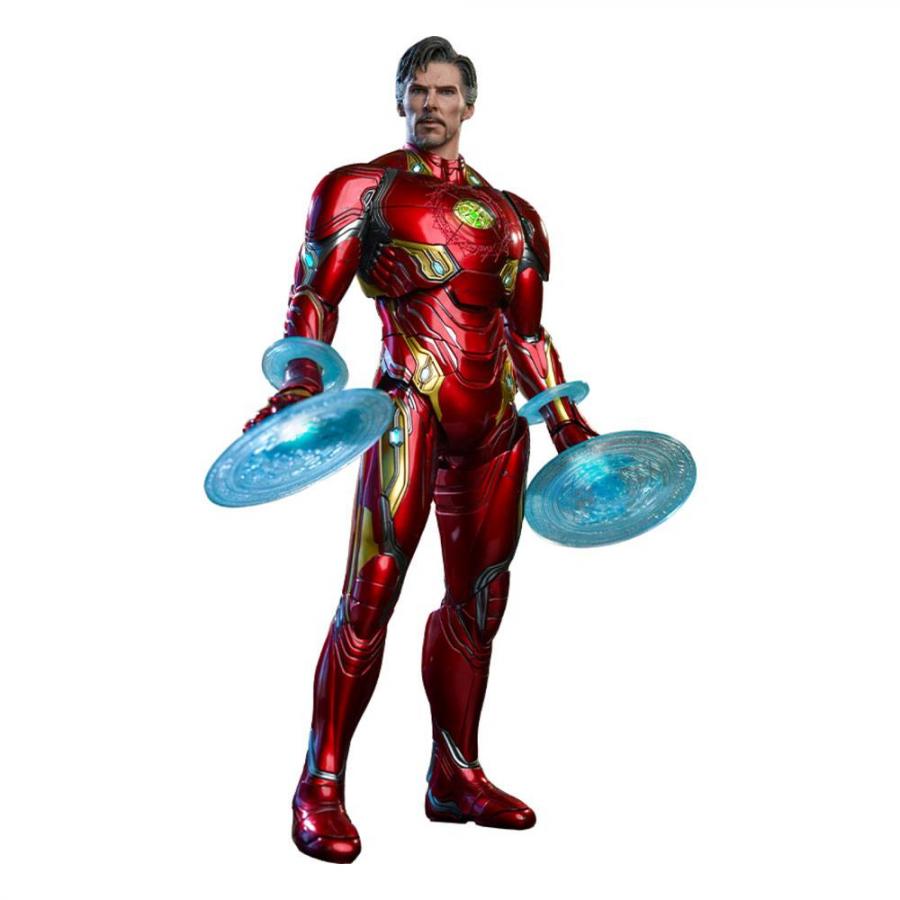 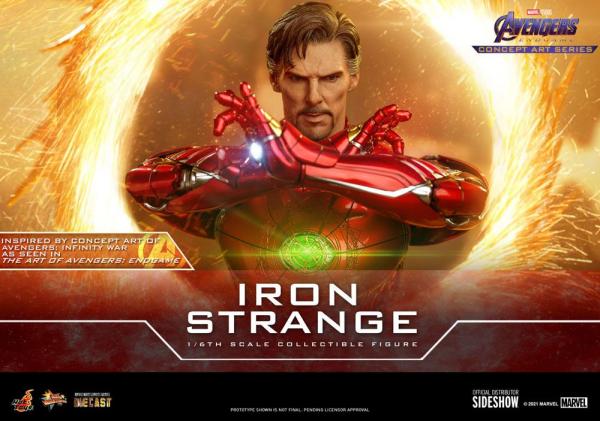 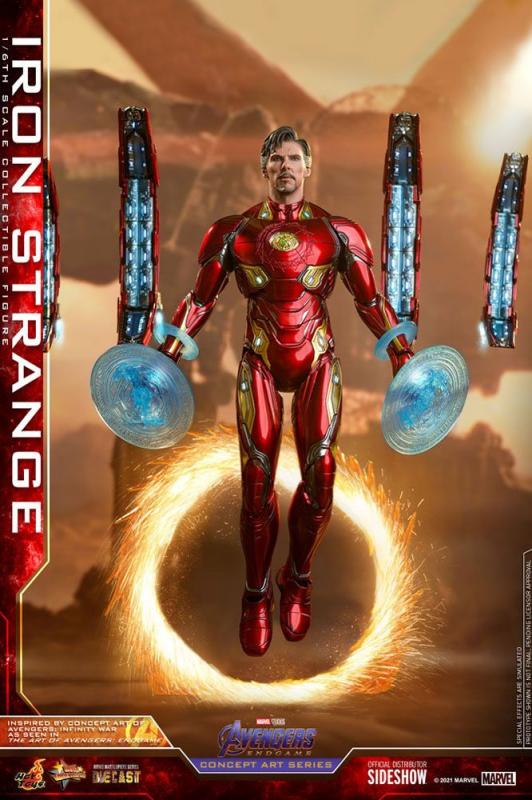 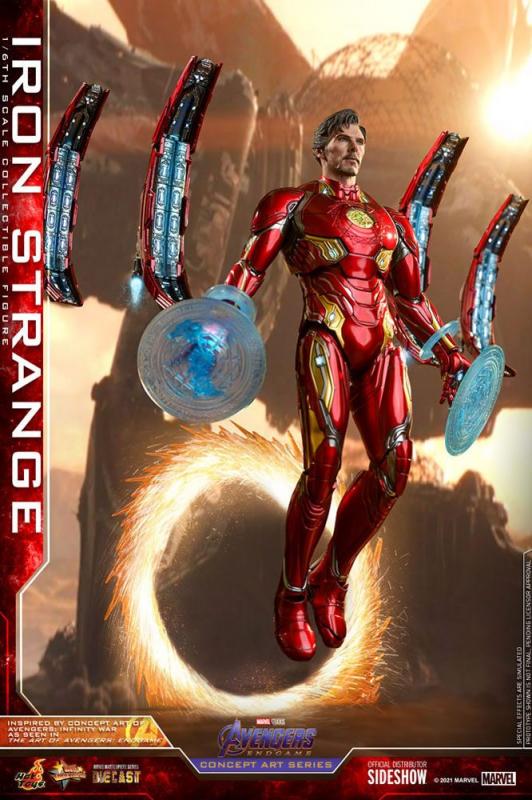 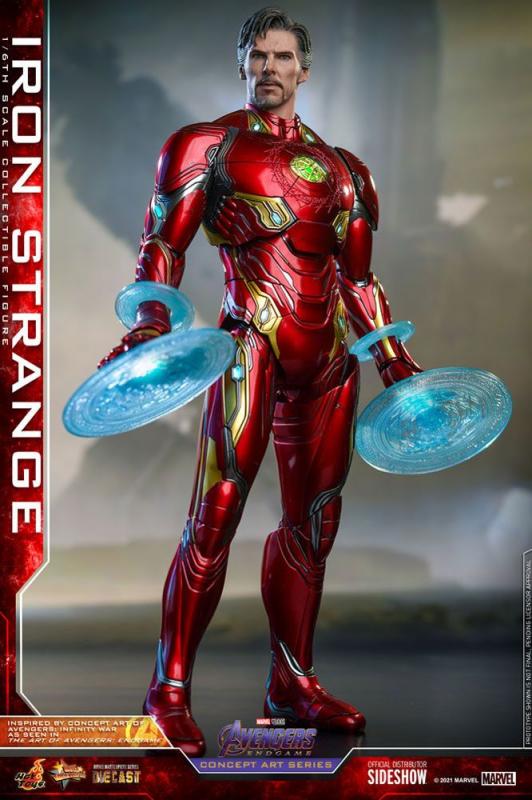 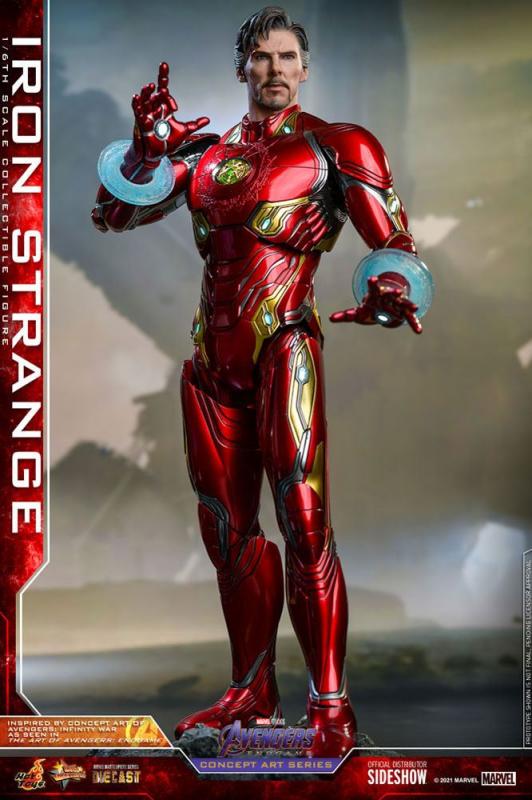 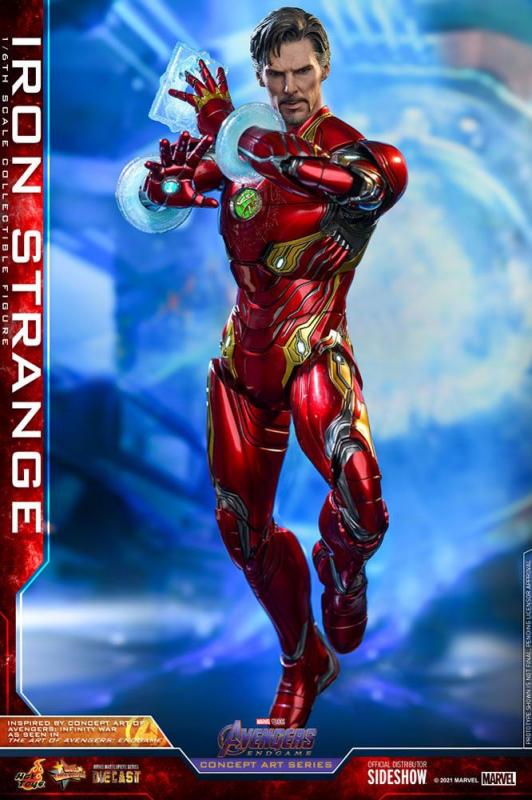 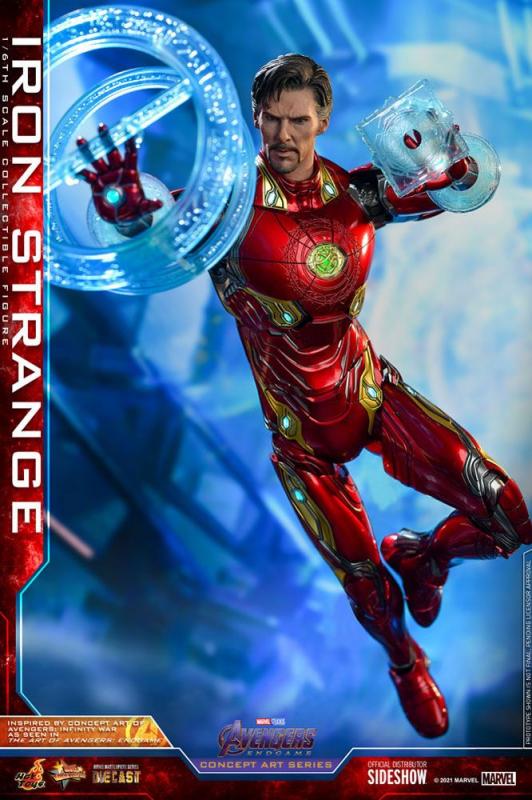 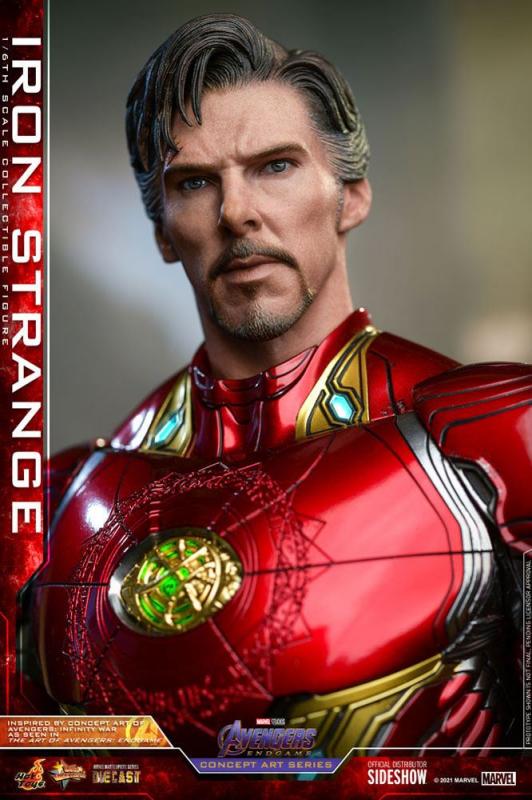 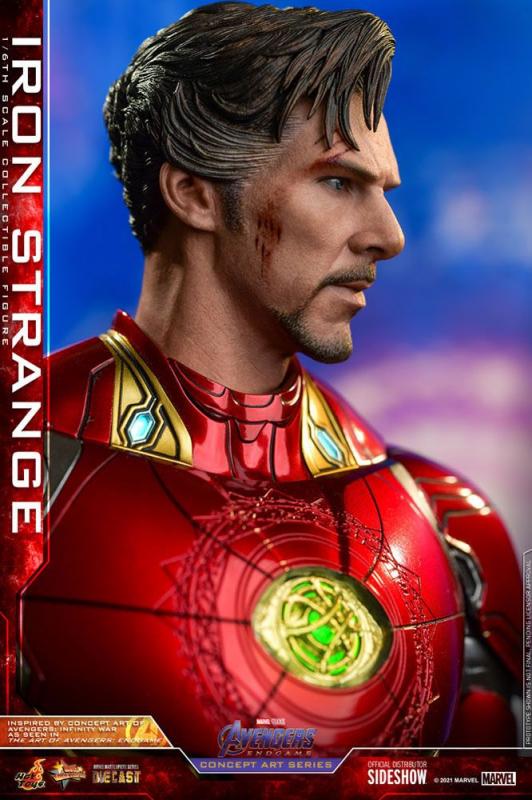 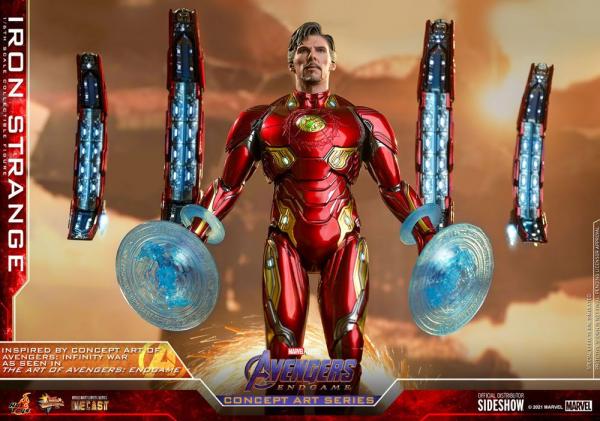 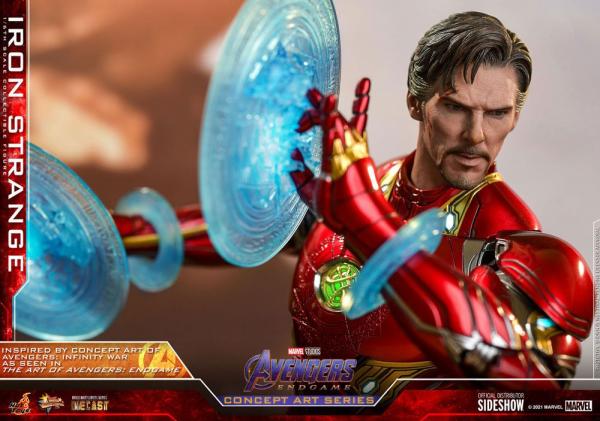 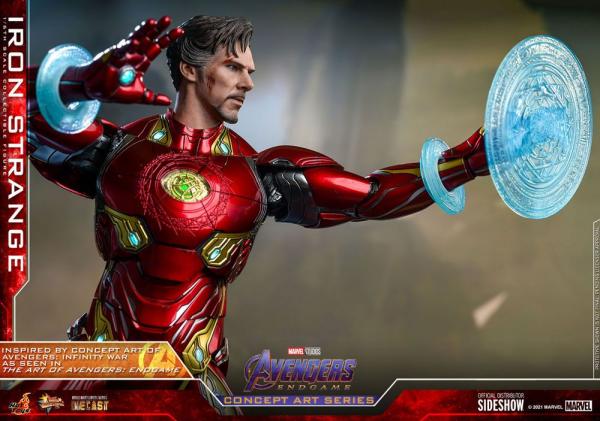 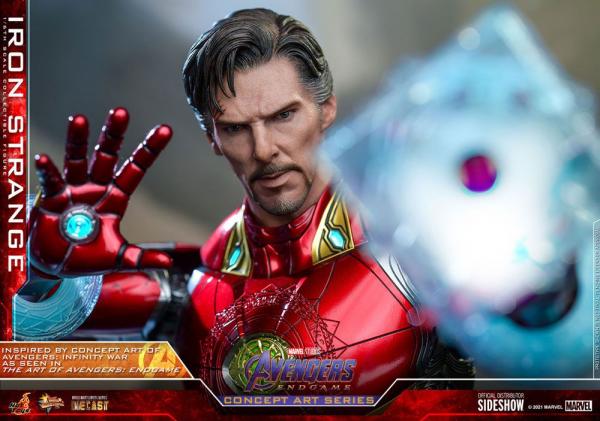 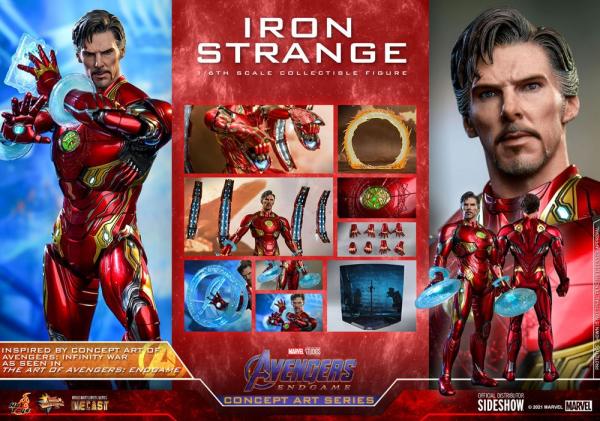 An alternate version of a scene shared as concept art in The Art of Avengers: Endgame reveals that fans are close to witness the Master of the Mystic Arts fights in Iron Man's armor! During the outer-space rescue, Tony Stark sends his nano suit onto Doctor Strange to protect him so that he can escape from Ebony Maw's torture needles. The armor then forms itself around the Eye of Agamotto, and the Eye of Agamotto effectively burns a glyph into the chest turning it into a magically powered suit, rather than an RT-powered suit.

Expertly crafted based on the appearance of Benedict Cumberbatch as Doctor Strange, the highly detailed figure features a newly painted head sculpt with remarkable likeness; specially applied metallic red, gold and silver colored painting on armors with patterns of the Eye of Agamotto on chest plate; LED light-up functions scattered throughout the suit, iconic weapons and accessories including LED light-up Energy Displacer Sentries, Hand Cannons, a selection of mystic art effect, a themed backdrop and a dynamic figure stand.

Reserve a spot for this Iron Strange figure to your special Marvel collection today. 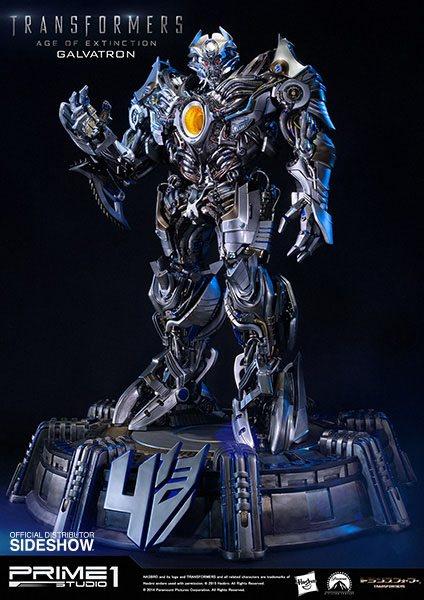 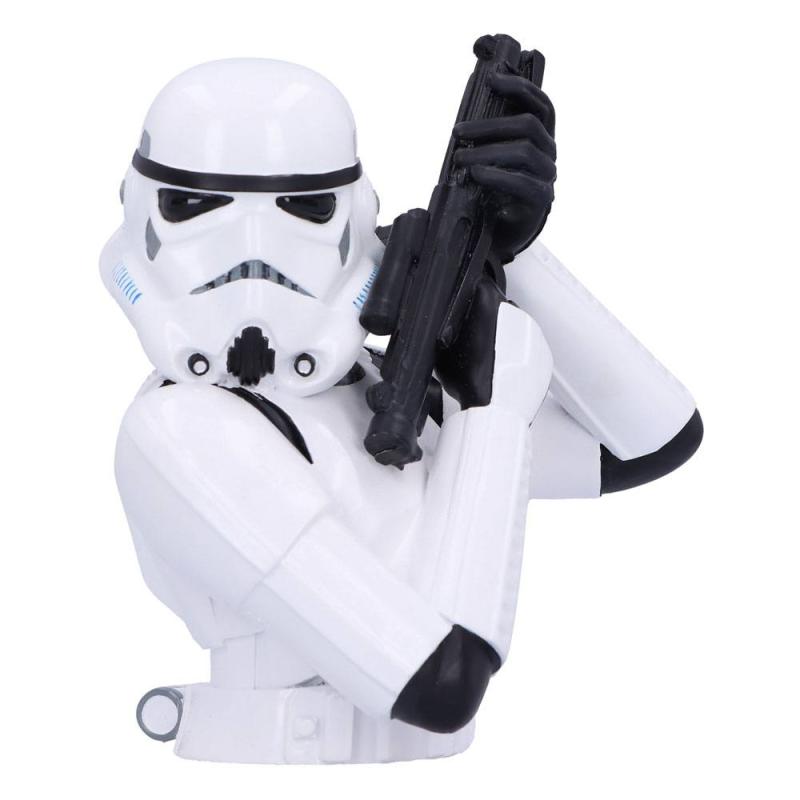 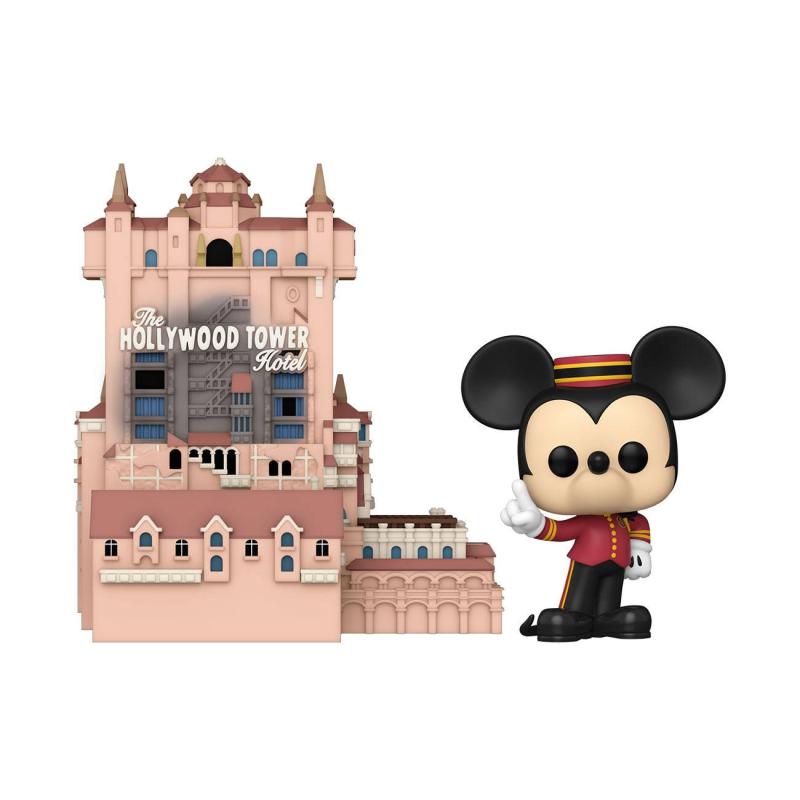 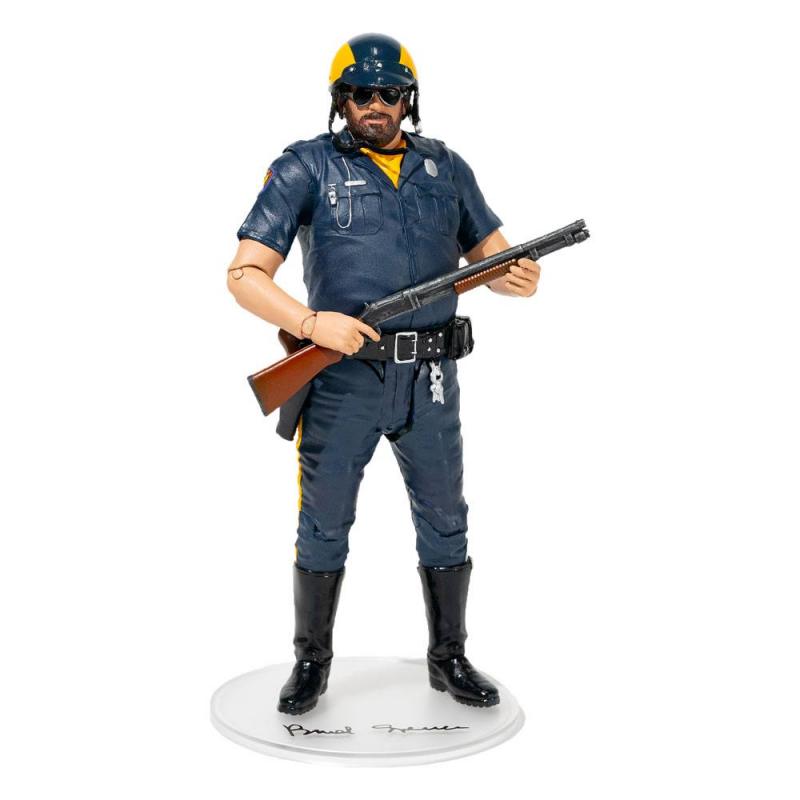 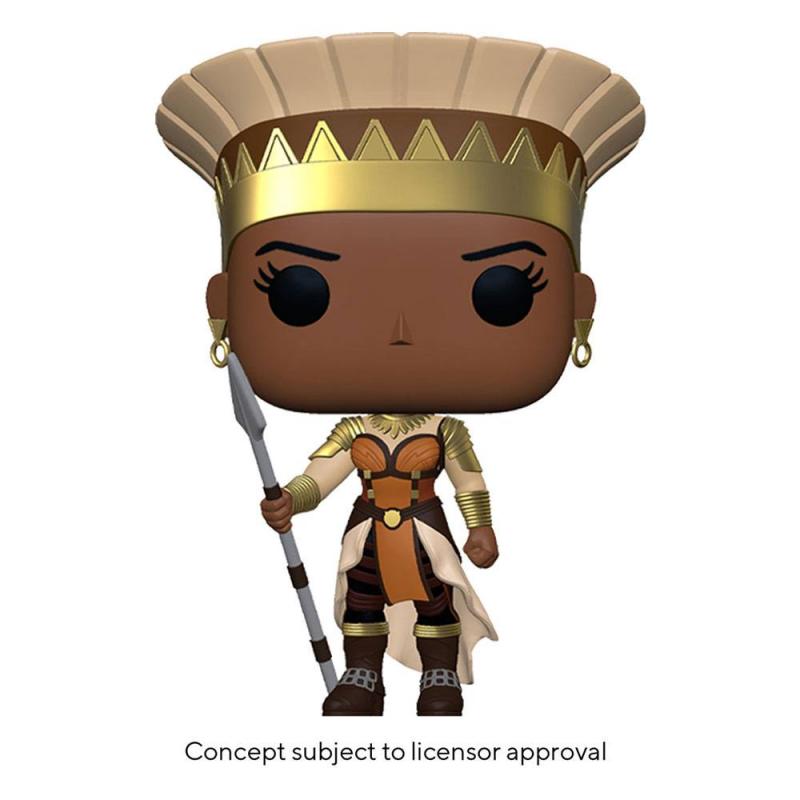 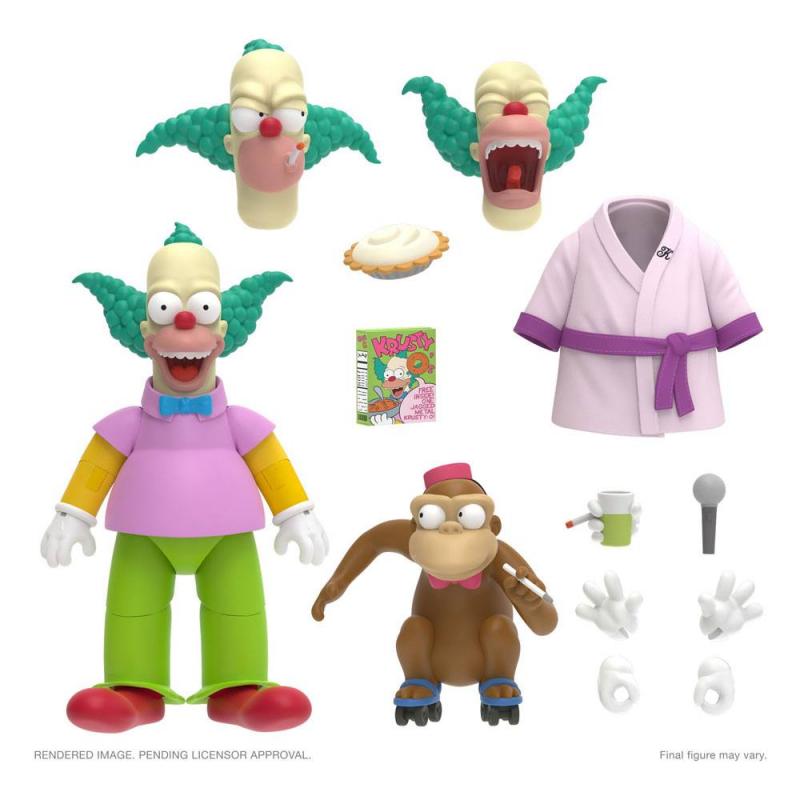