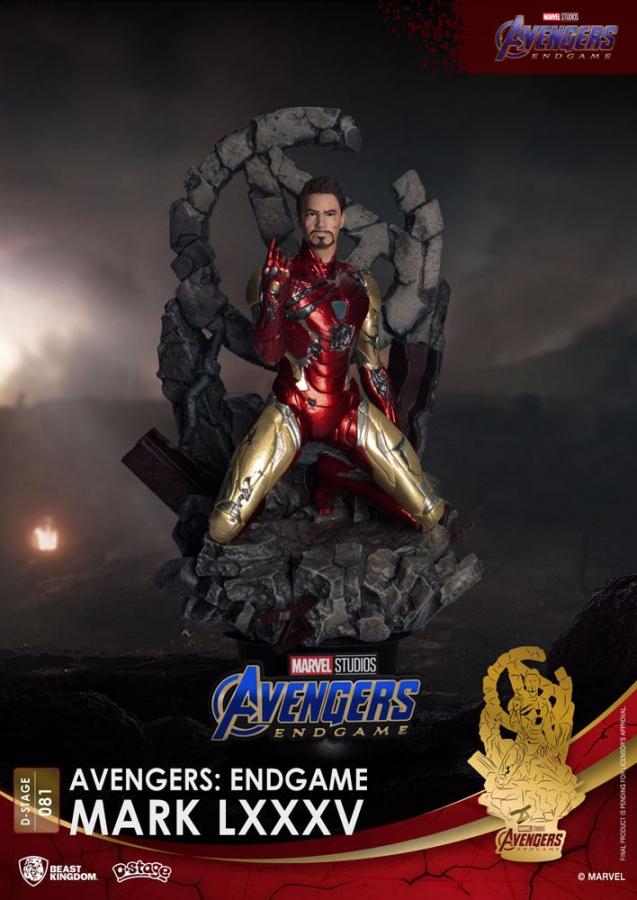 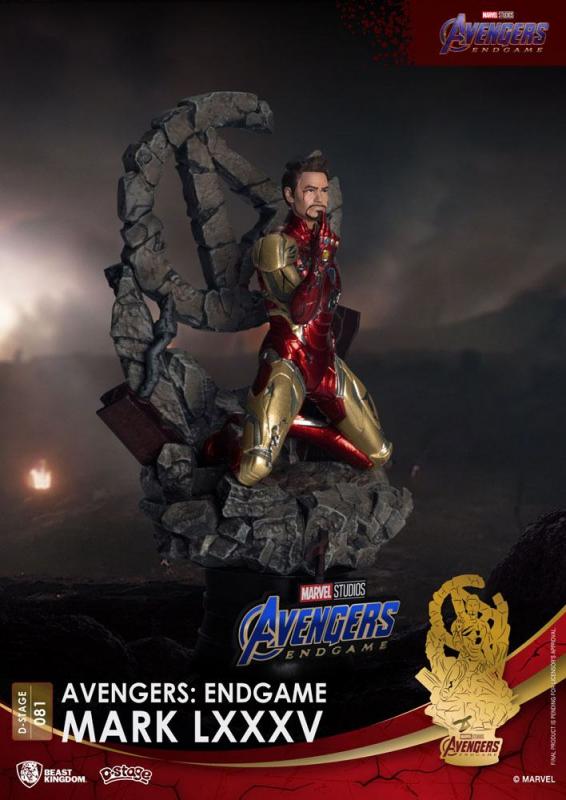 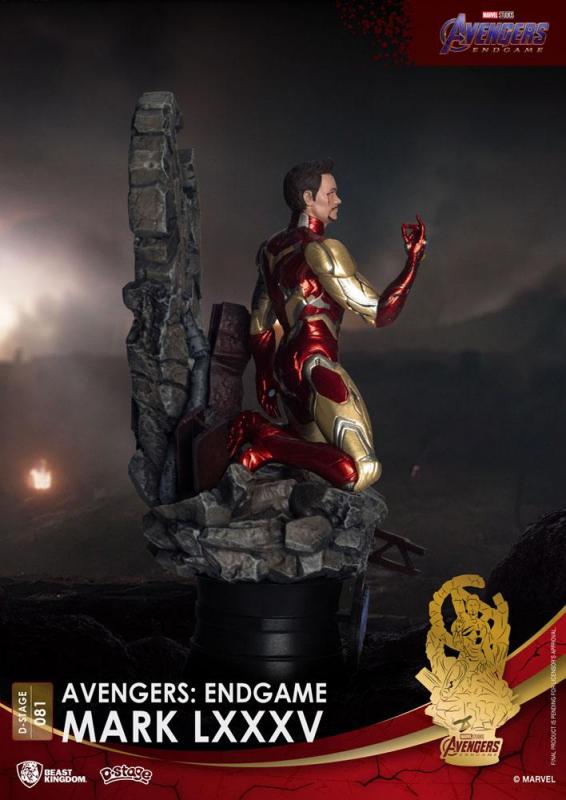 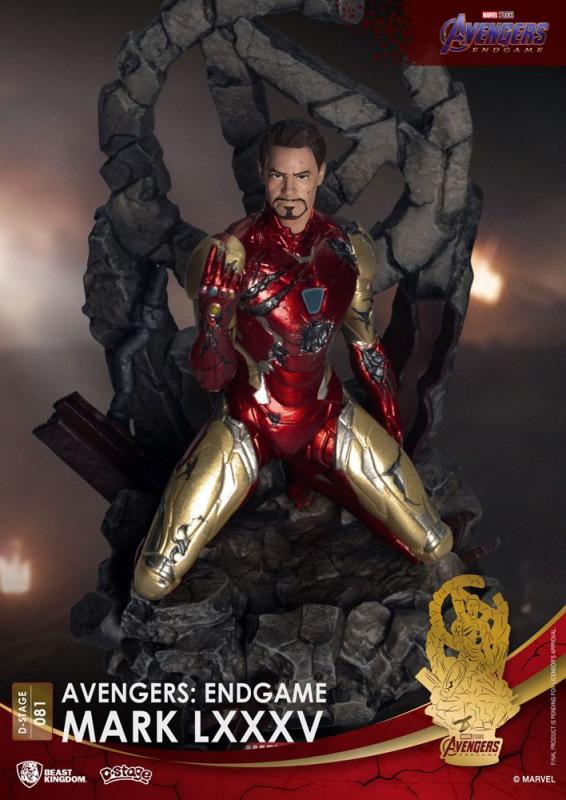 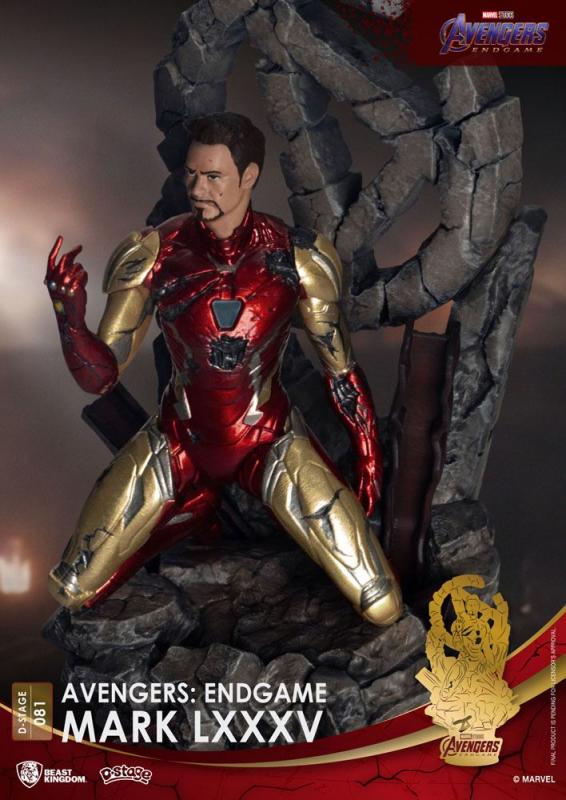 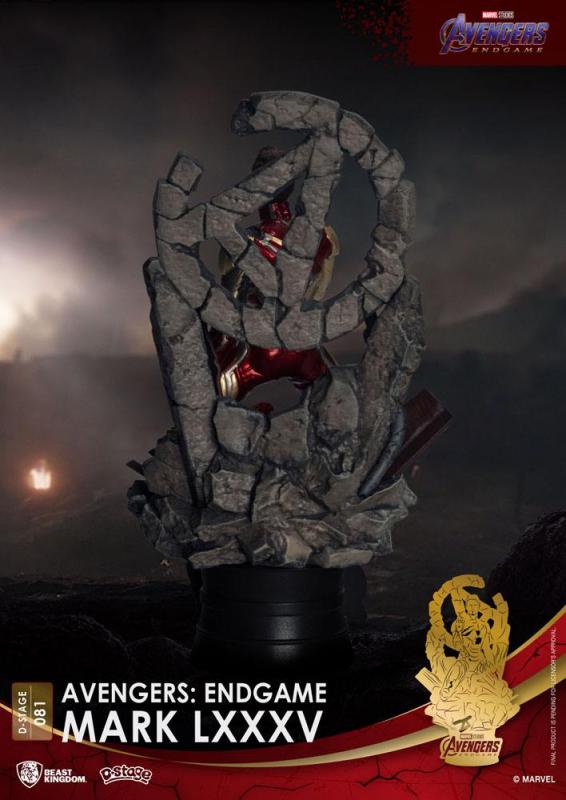 When Thanos wipes half of all living creates in the universe, the remaining Avengers band together for a trip across time to bring back their friends for one last stand against the mad titan!
With the final battle nearly lost, Iron-Man manages to snap all Infinity-Stones in one final act of bravery taking the task of reversing the damage caused by Thanos upon himself.
In the now famous pose, Iron-Man in his Mark-85 suit is seen kneeling on the ground, ready to snap his fingers. With all Infinity-Stones in place, the electric current of a thousand stars courses through Tony's human body, causing cracks in his armor. Accurately re-creating this famous scene the D-Stage-081 matches Tony Stark with a detailed 3D backdrop including a fallen Avengers logo. With his final words of "I Am Iron Man" uttered, the last ever sacrifice from Iron Man was delivered and movie magic was made! 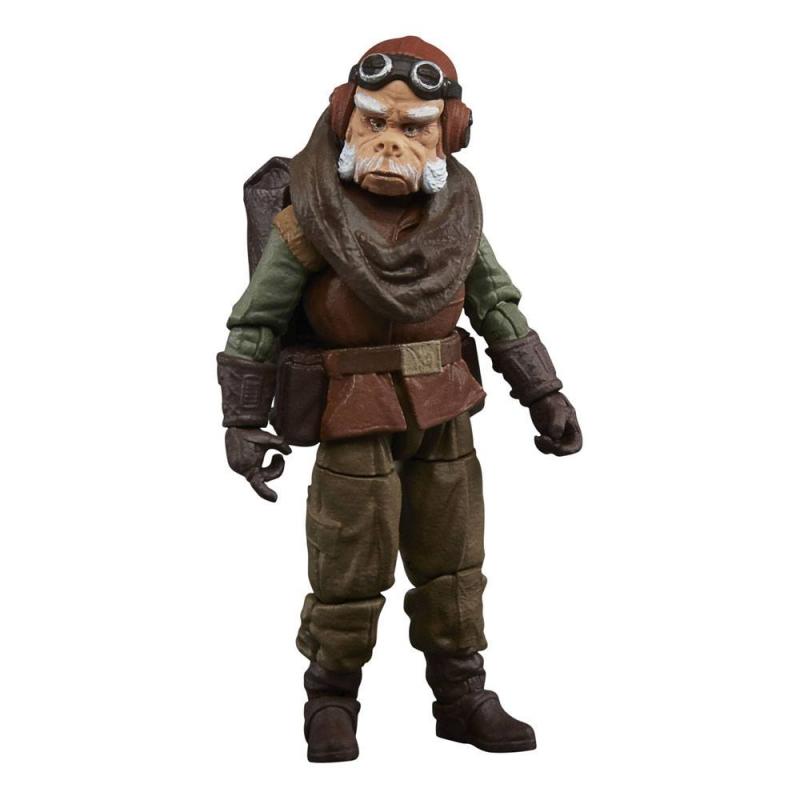 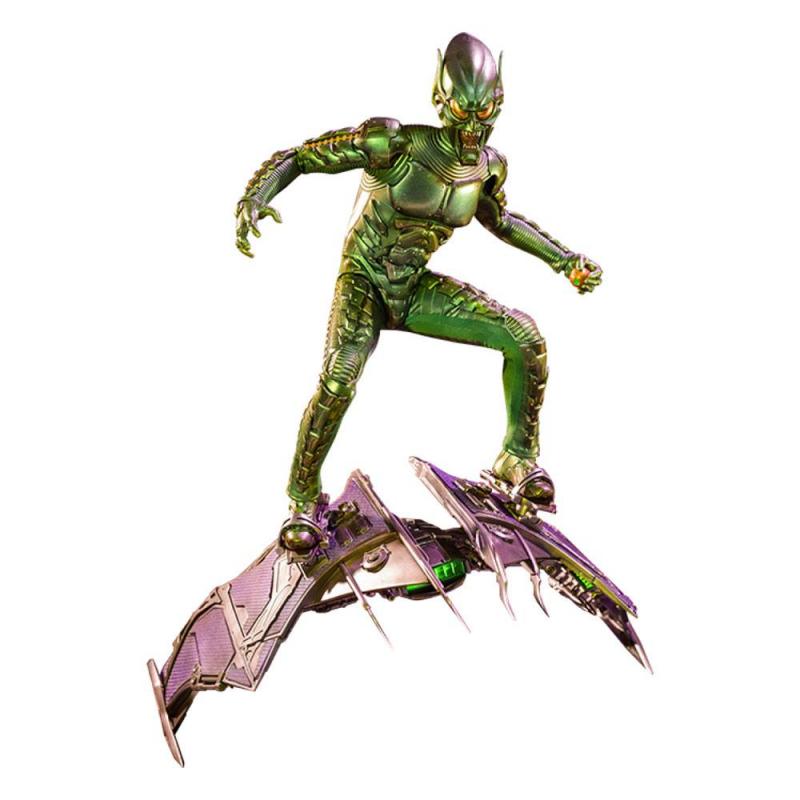 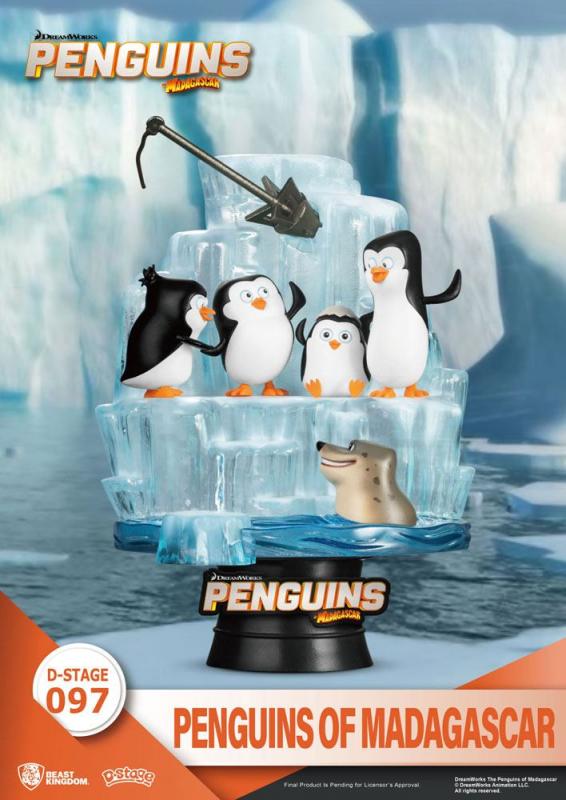 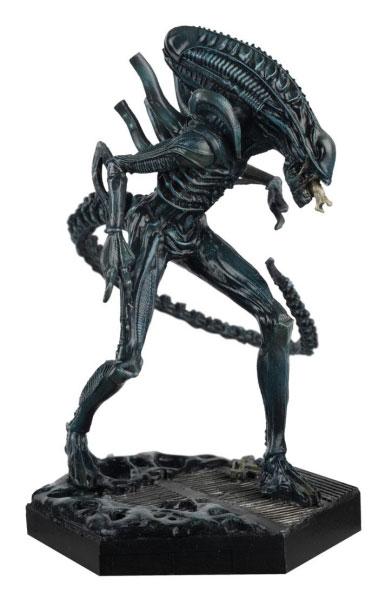 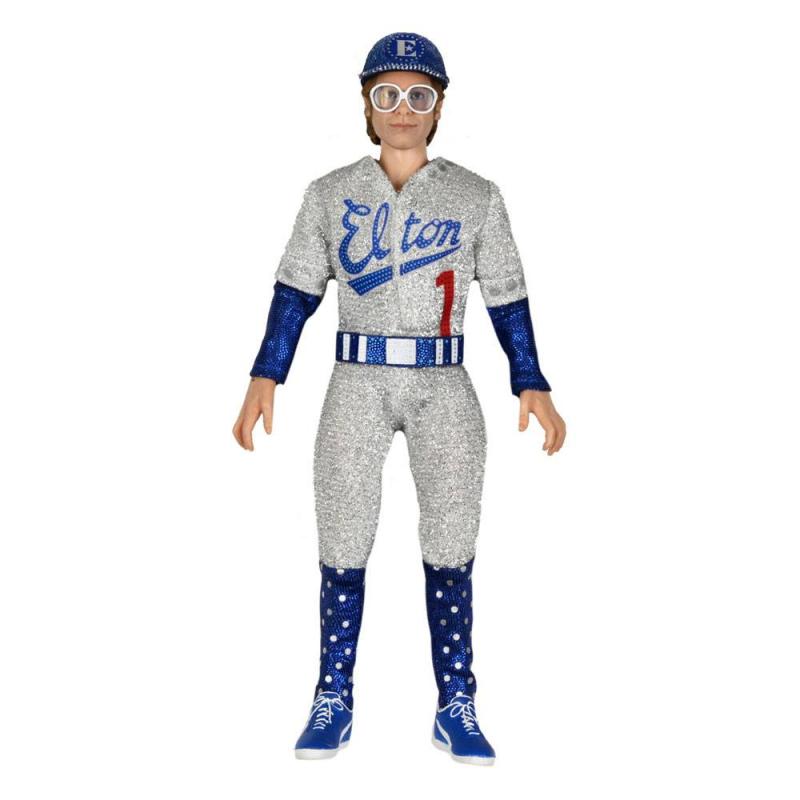 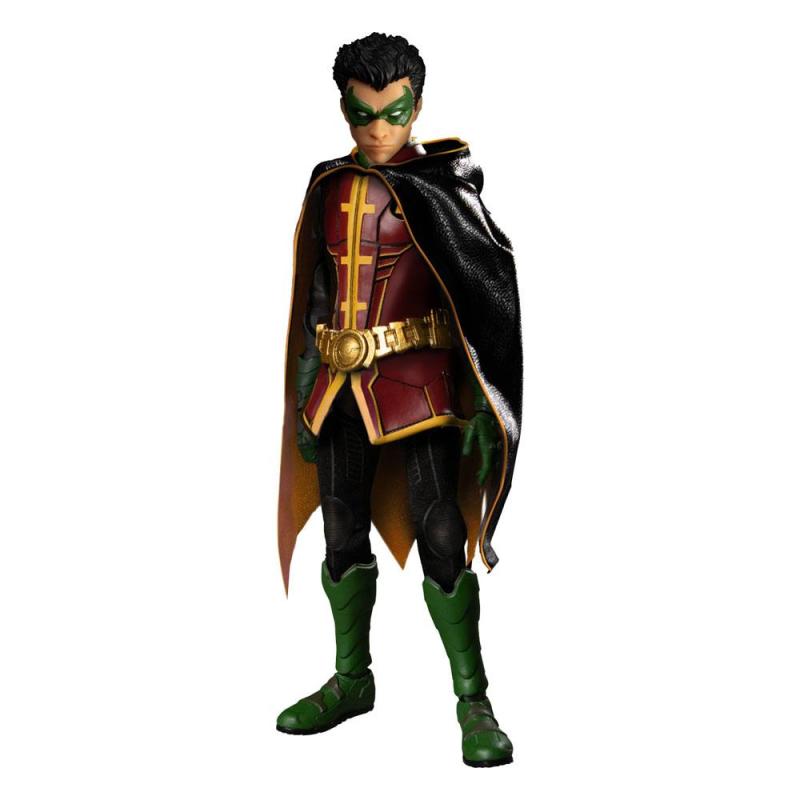