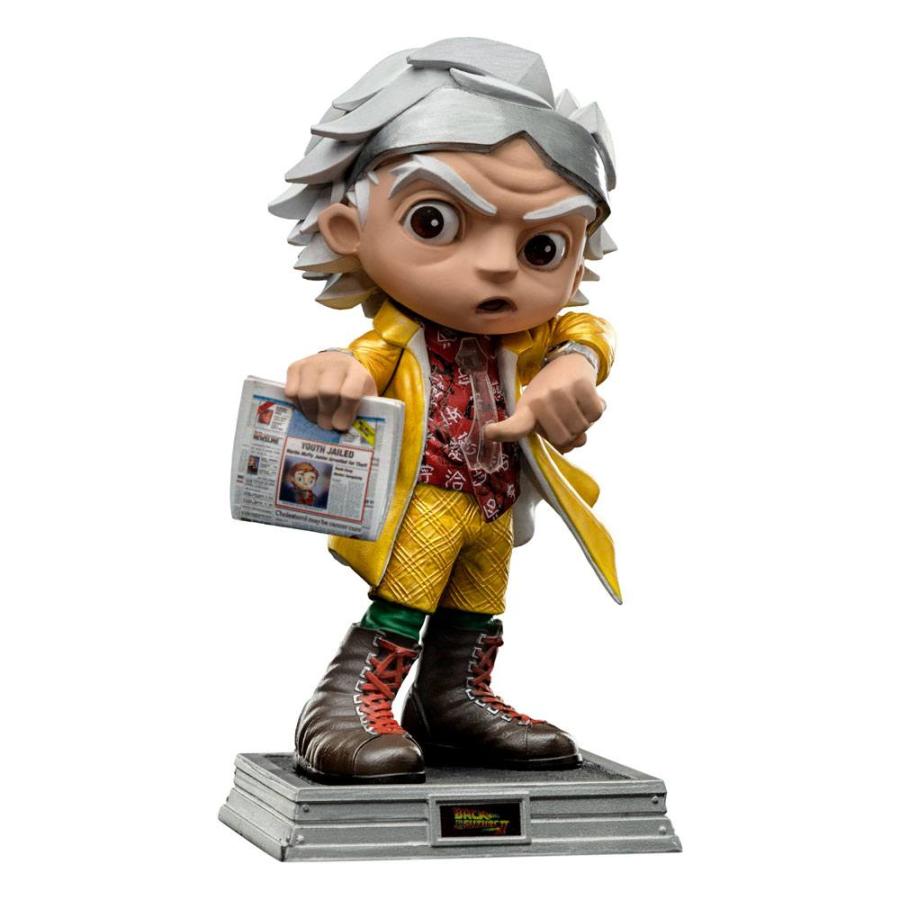 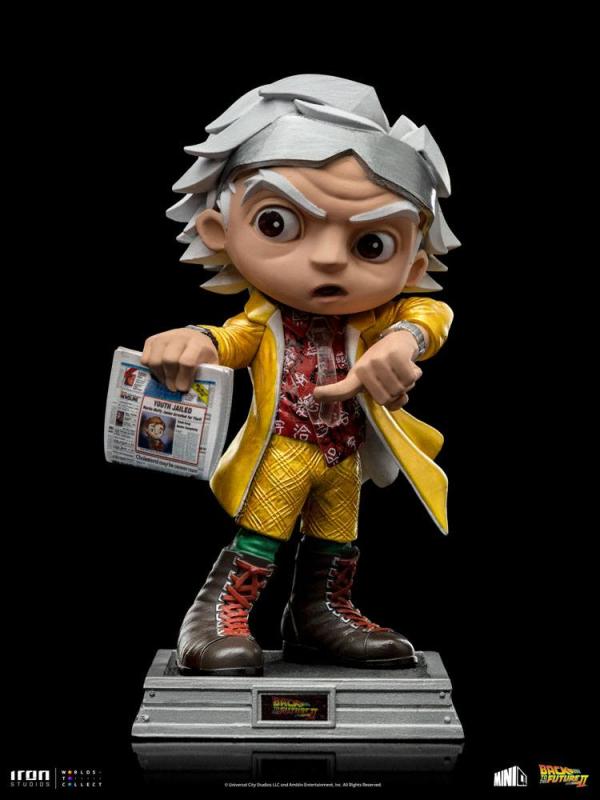 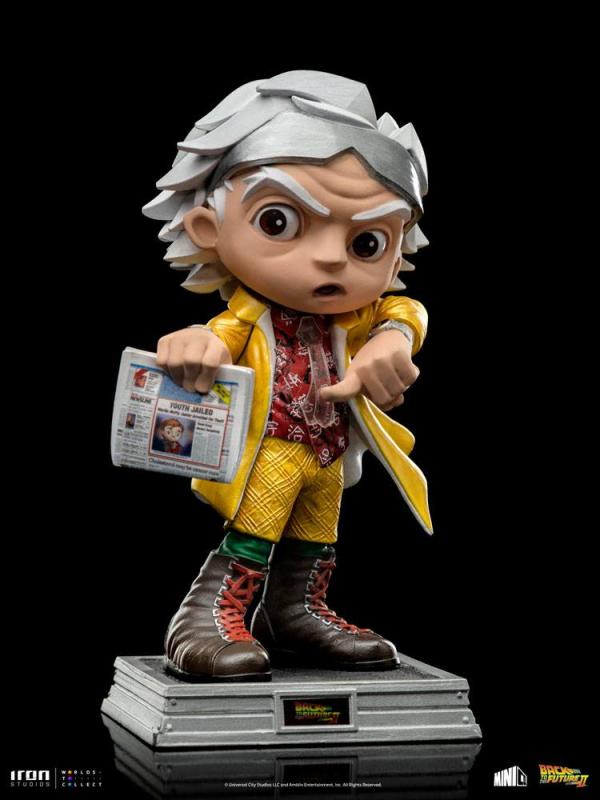 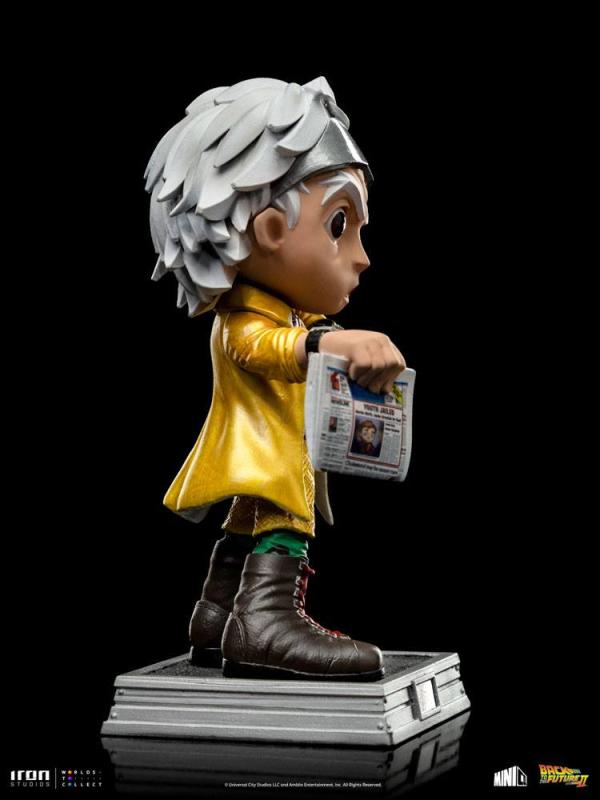 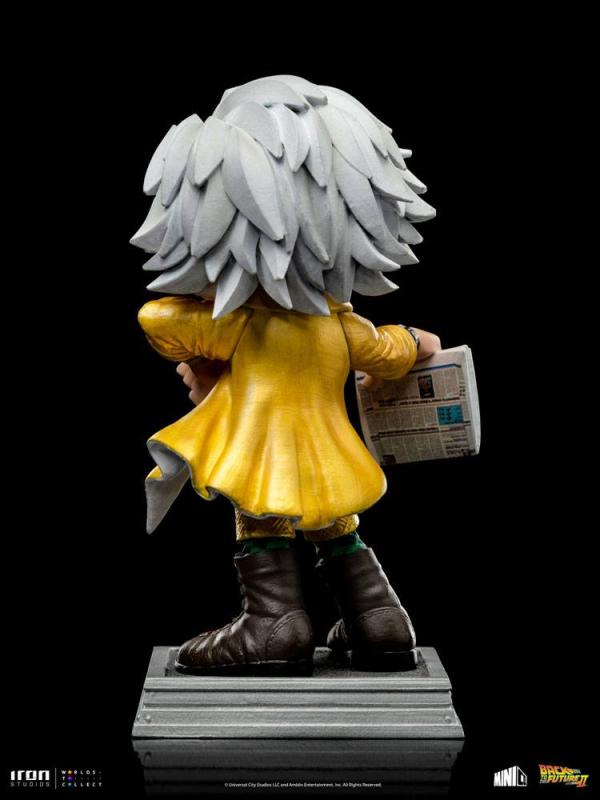 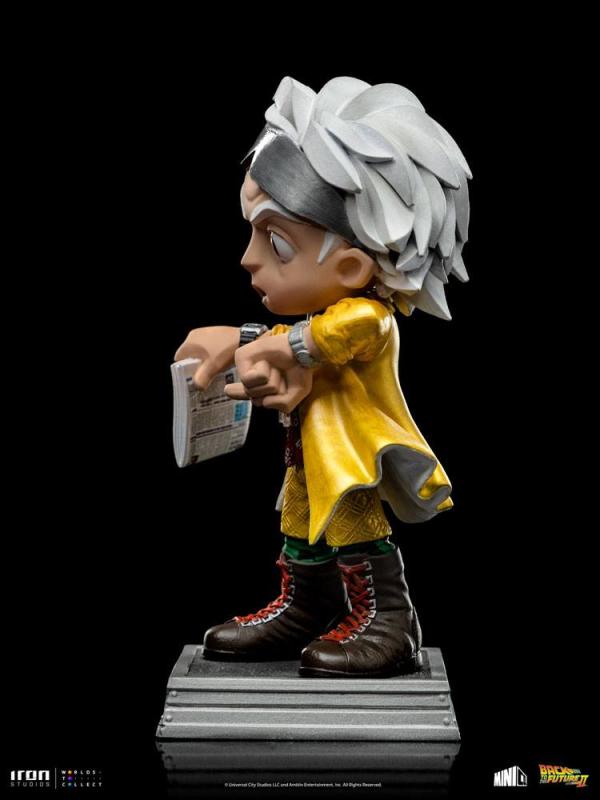 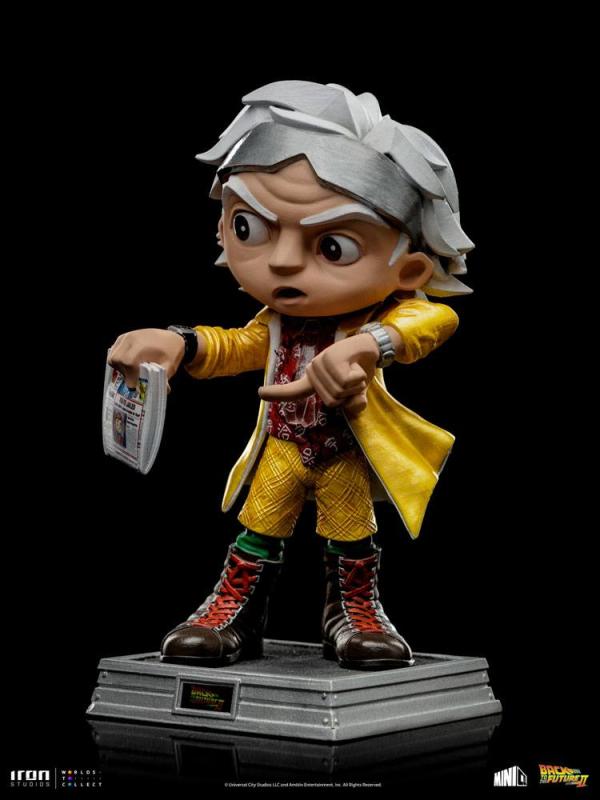 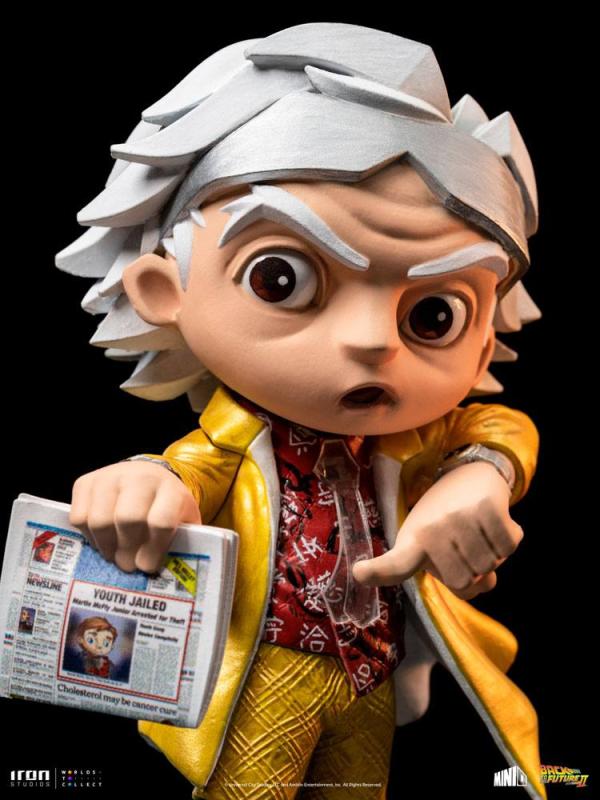 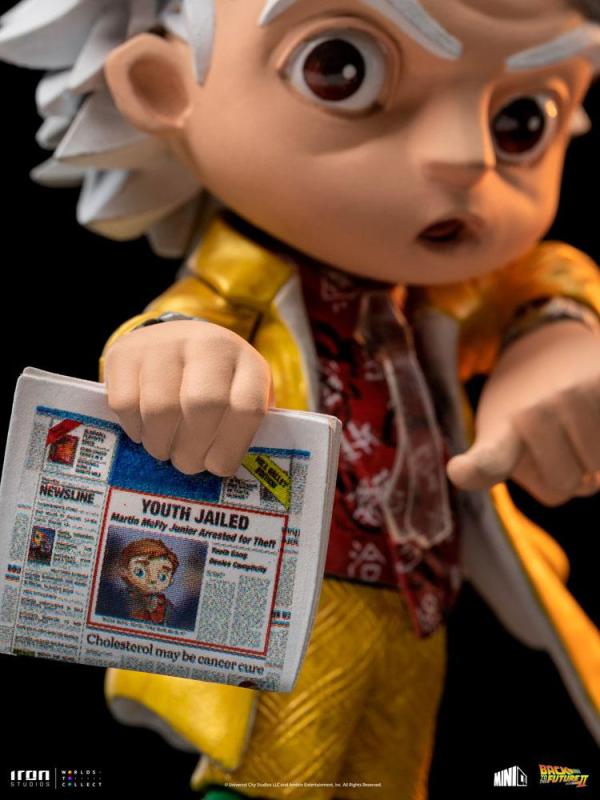 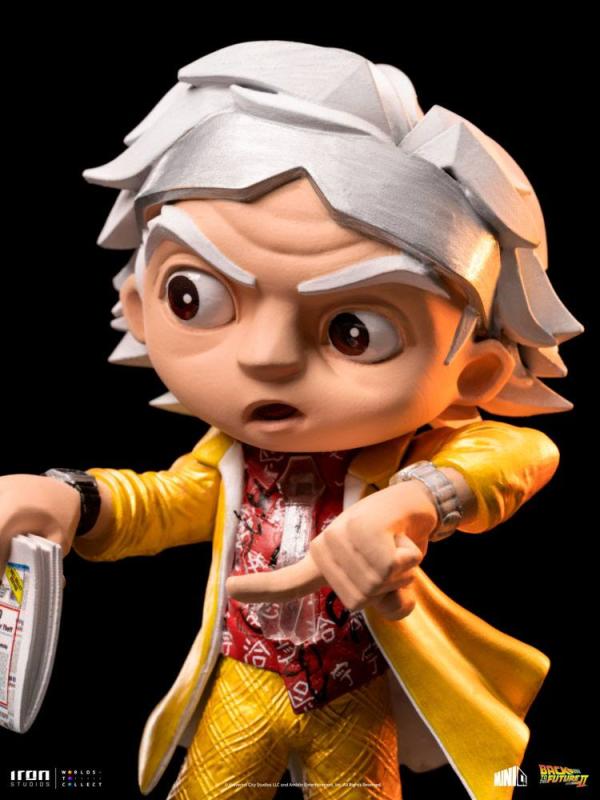 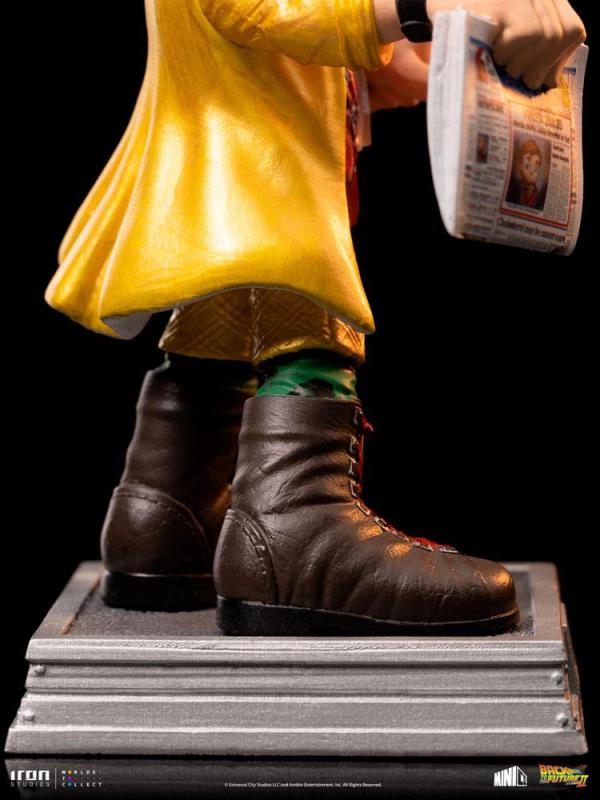 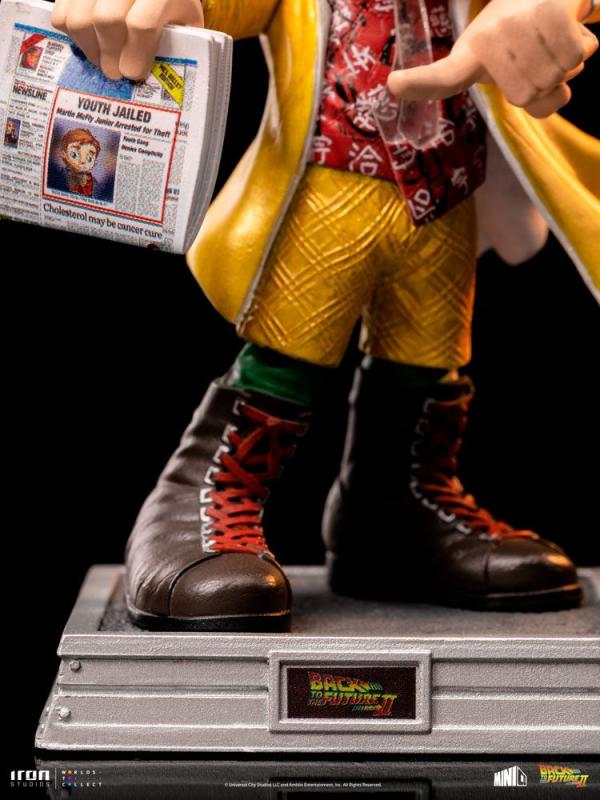 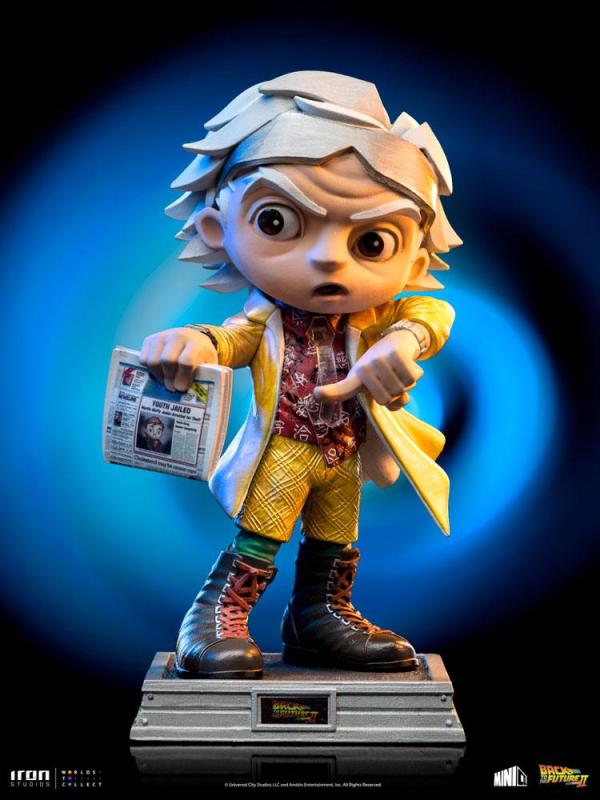 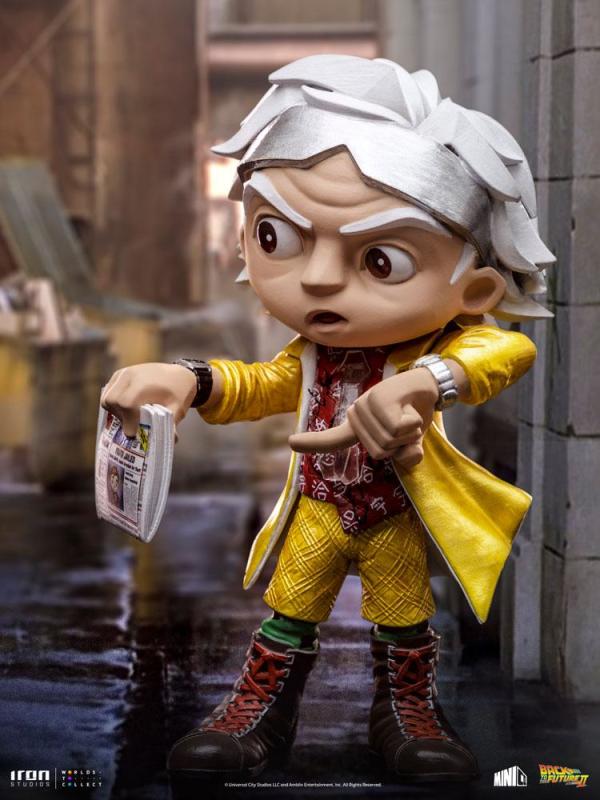 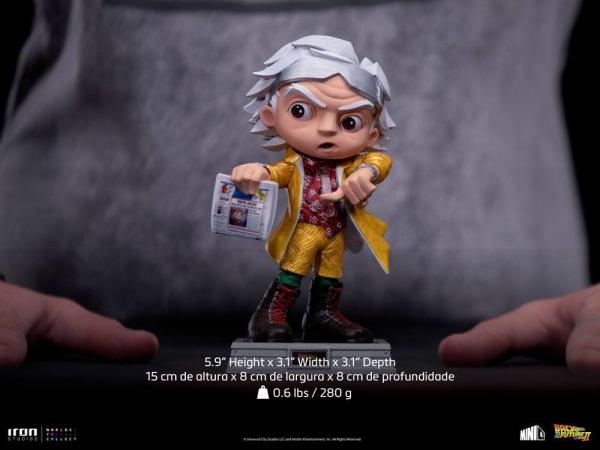 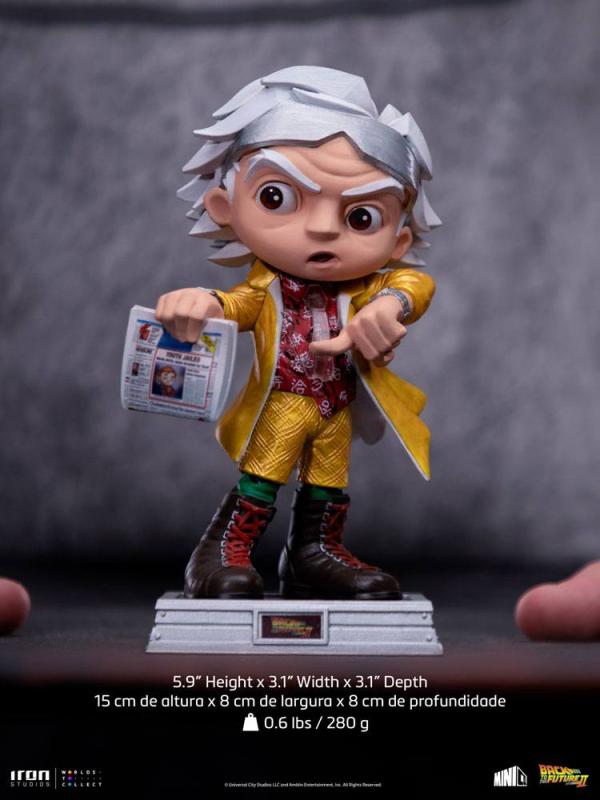 Mini-figures Back To The Future

The protagonist of the trilogy "Back to the Future" Marty McFly is a typical young North American student. Alongside his best friend, the scientist Dr. Emmett "Doc" Brown, the inventor of the time machine built with a DeLorean DMC-12 car, travels to the past and future to restore chronological factors and correct their timeline. One of the greatest pop culture successes of the 80s was the first movie produced by Steven Spielberg which gave birth to one of the most praised pop culture franchises.

Getting back from the hypothetical future year of 2015, wearing clothes as eccentric as he to avoid unwanted attention, the ingenious and distressed scientist shows a newspaper to his friend on which the cover news shows his friend's son being arrested, calling the young guy to follow him "Back to the future" to prevent such events. In their best stylized Toy Art format, Iron Studios present the statue "Doc Brown - Back to the Future Part II - MiniCo", for the first time in this line, and making up a perfect pair with Marty McFly, over a pedestal with the movie's logo in the front, also derivative from the second movie of this praised trilogy. 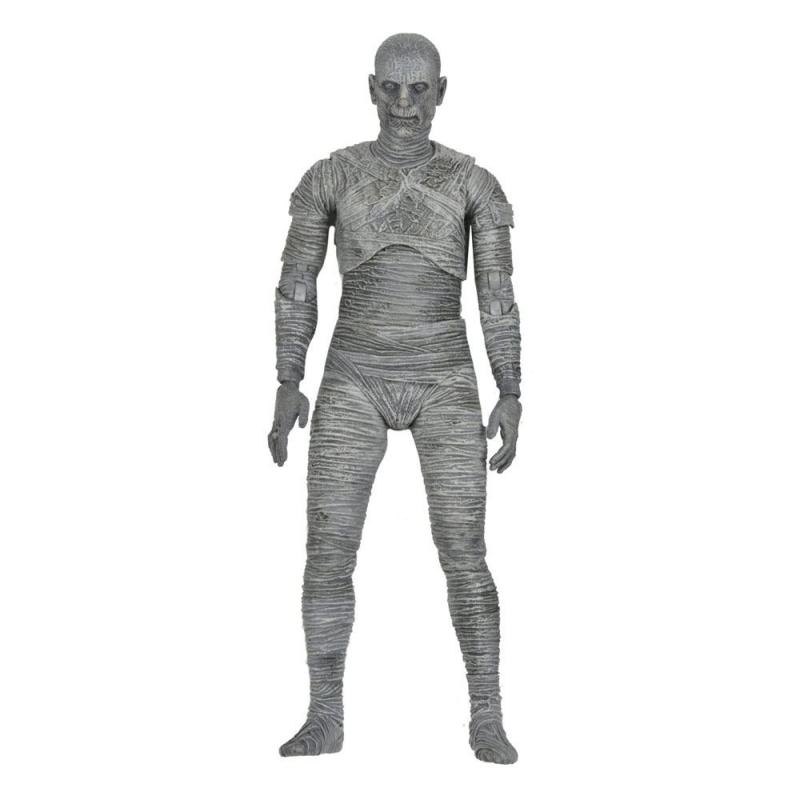 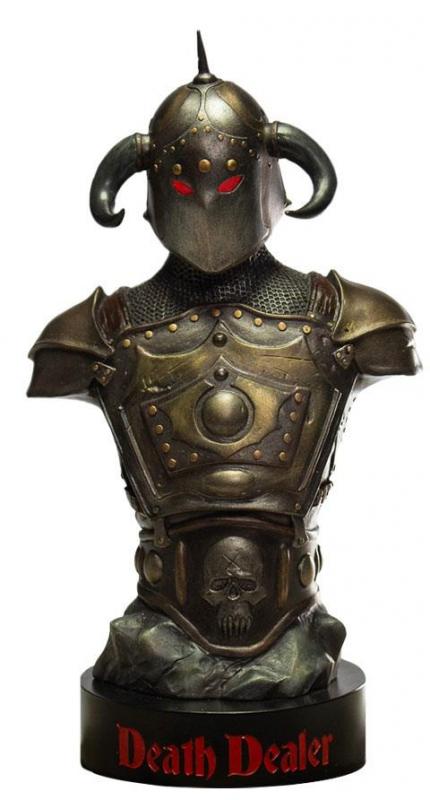 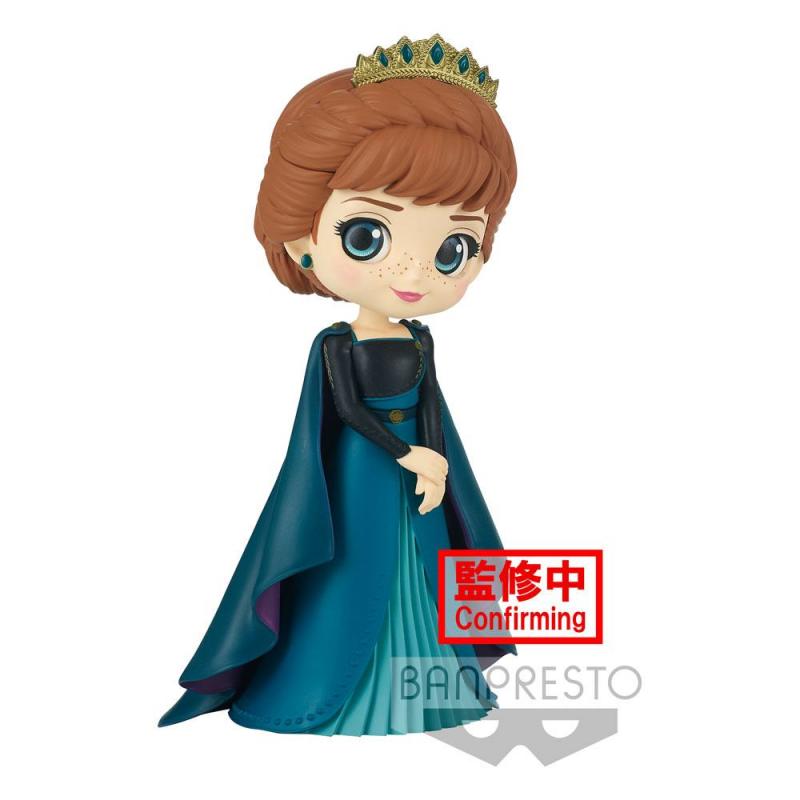 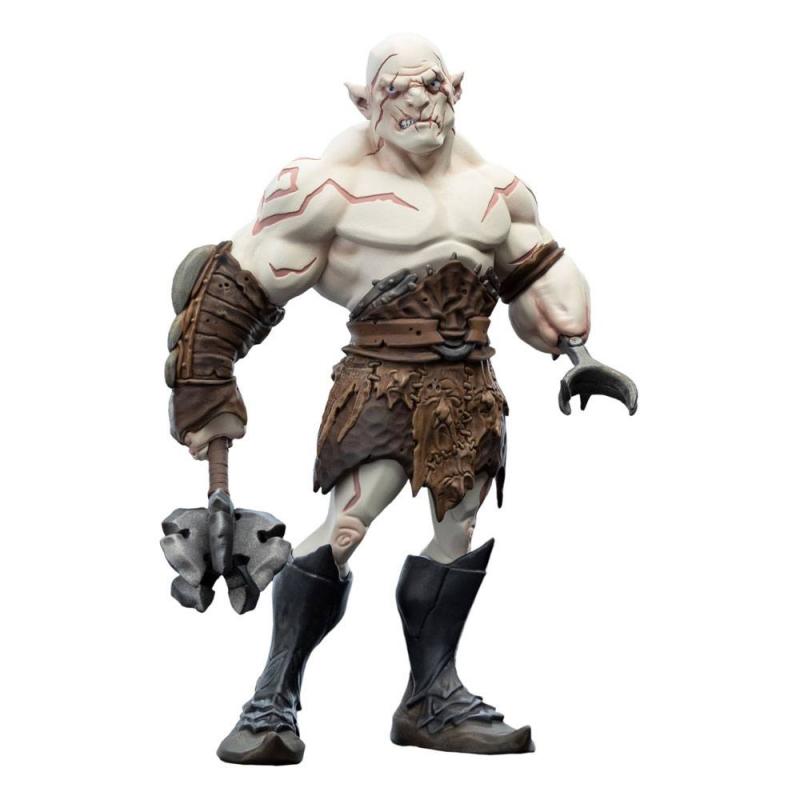 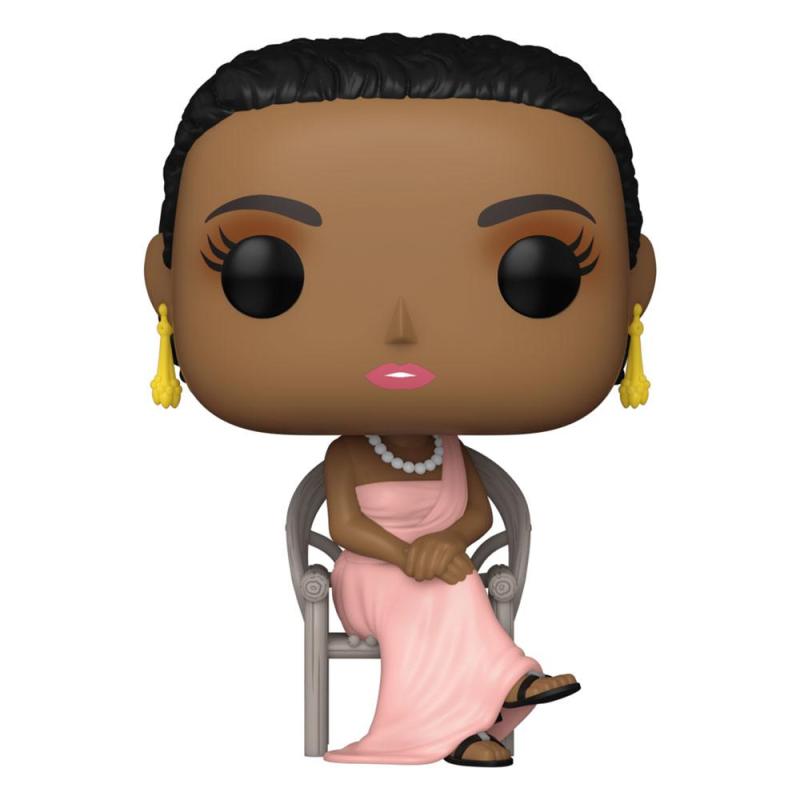 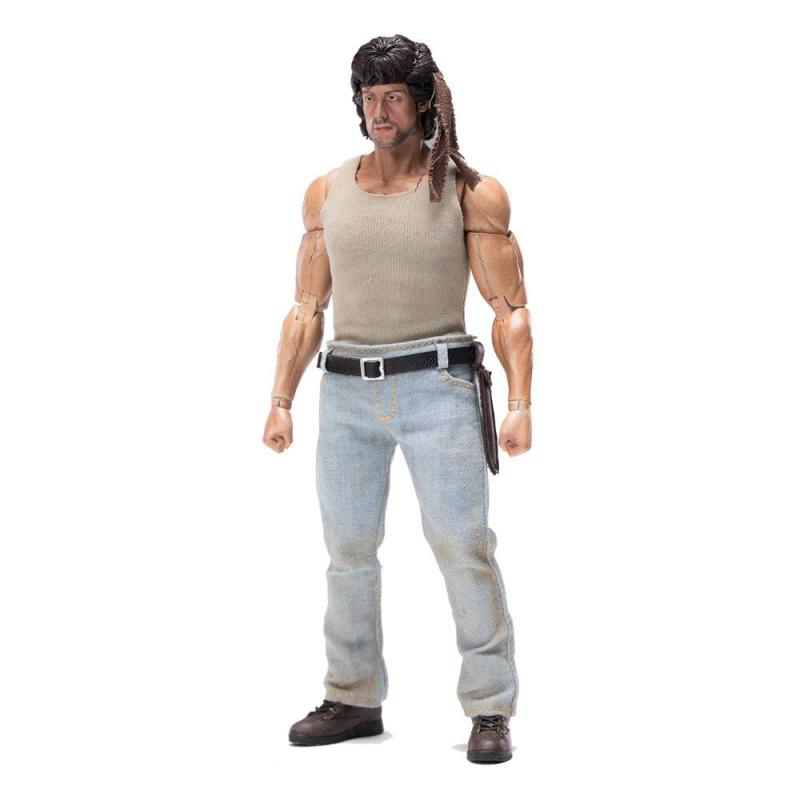