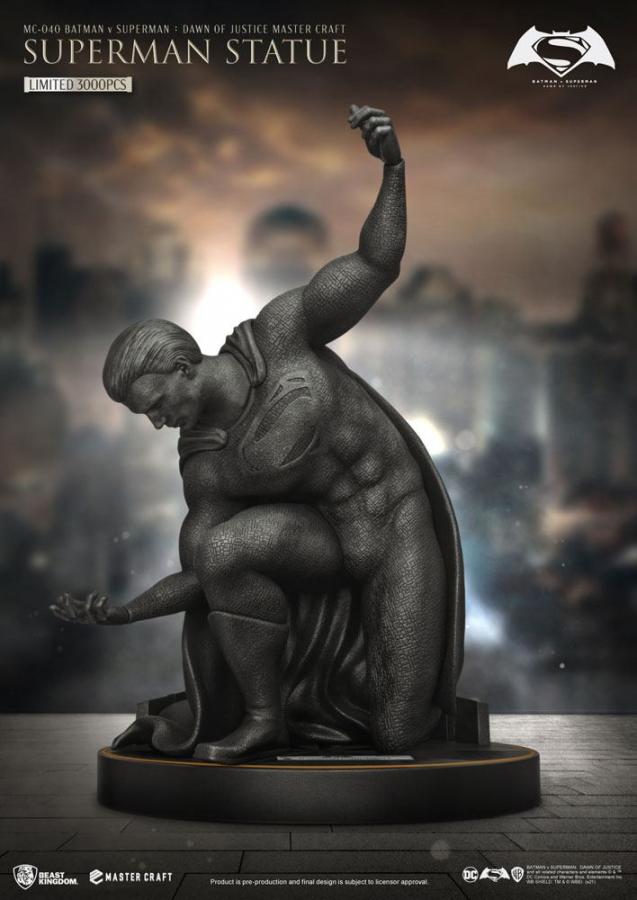 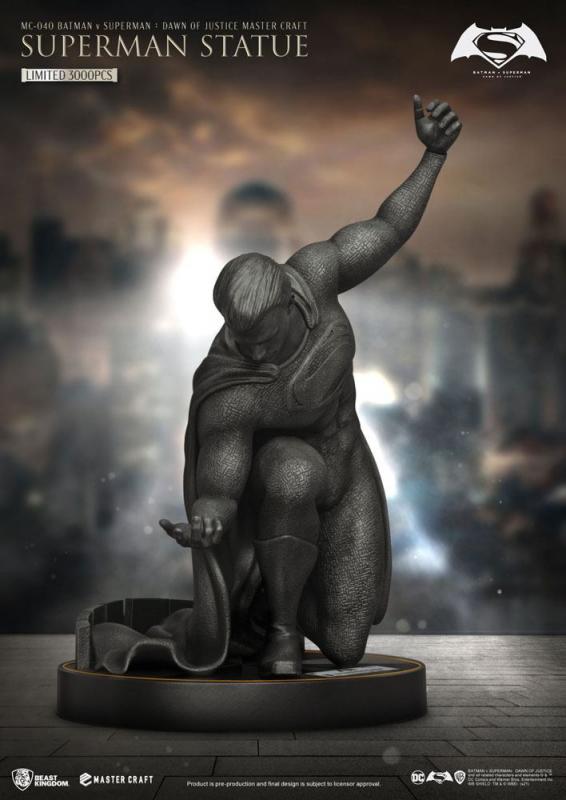 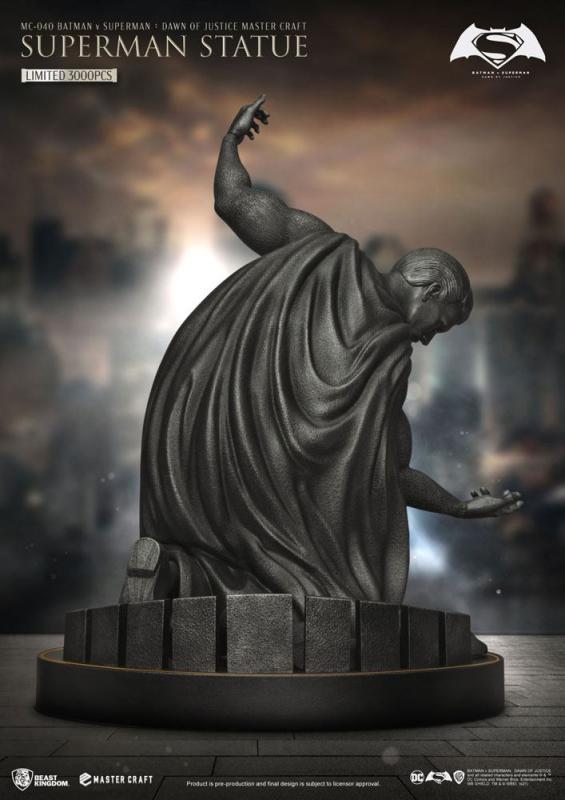 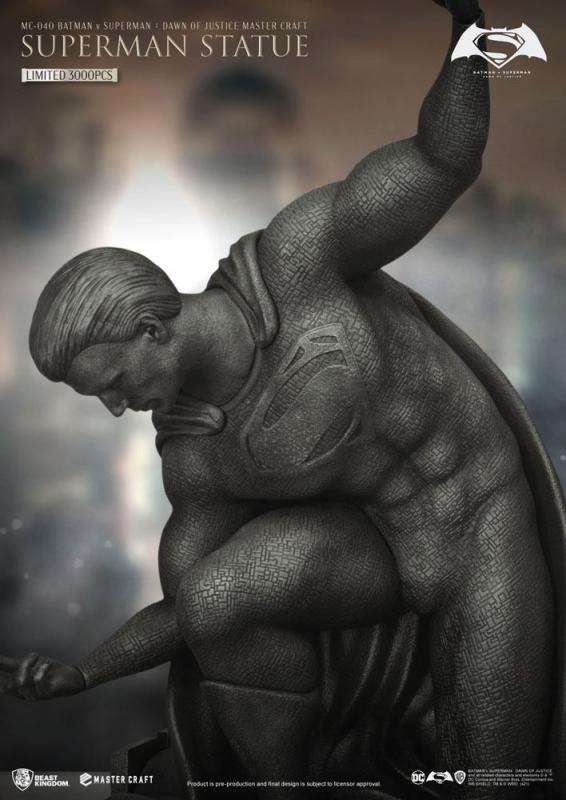 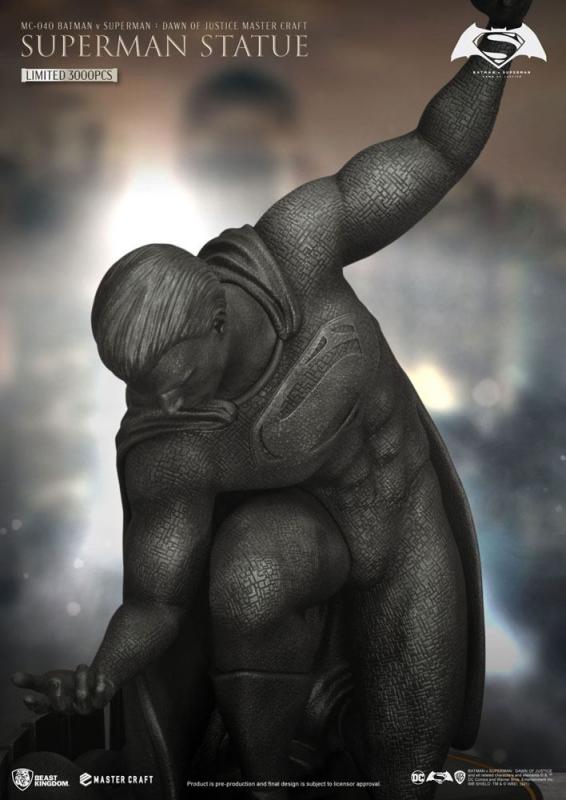 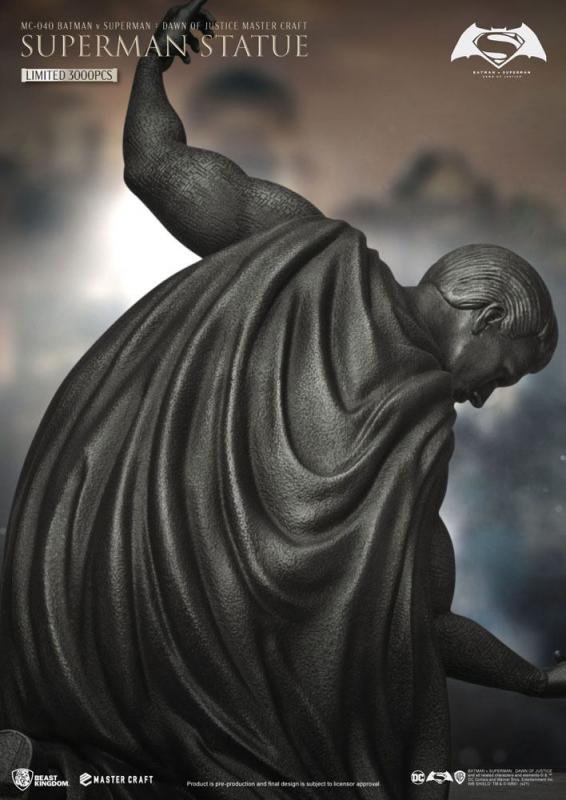 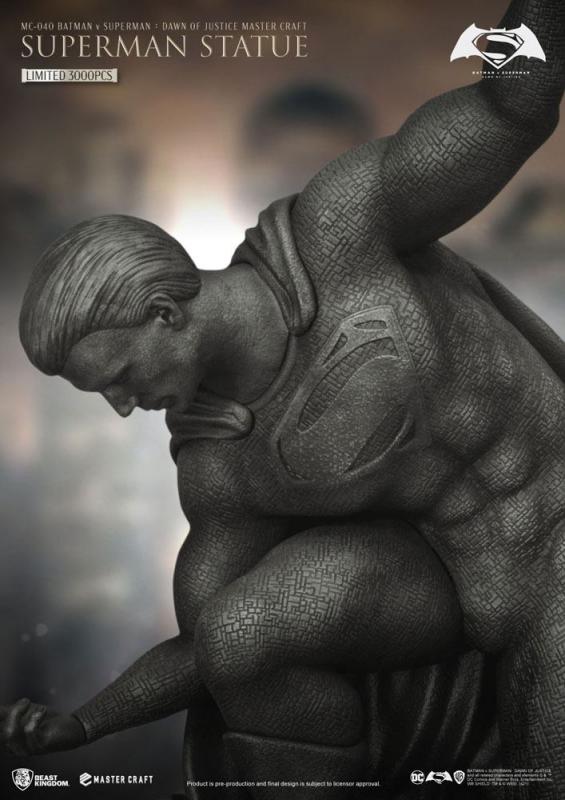 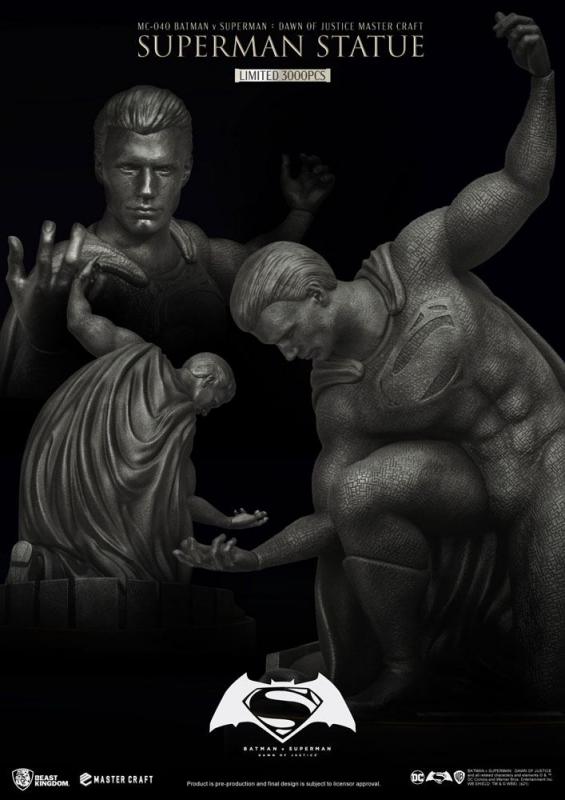 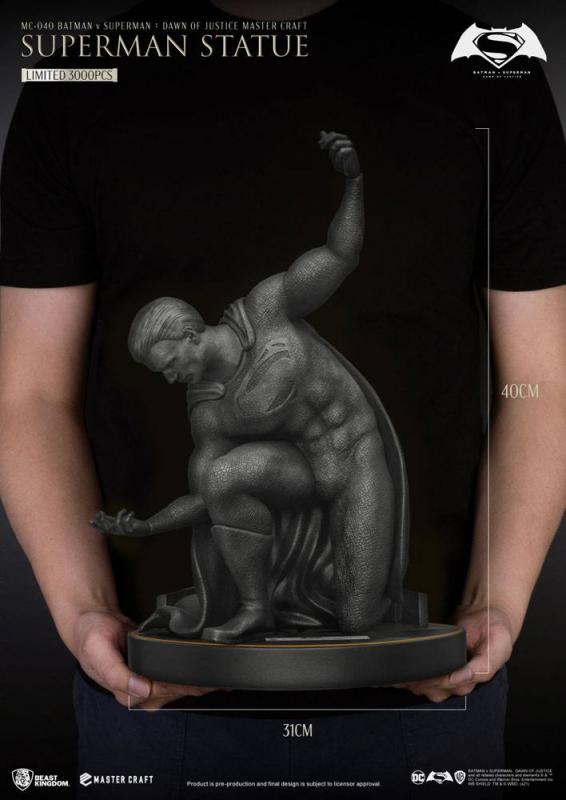 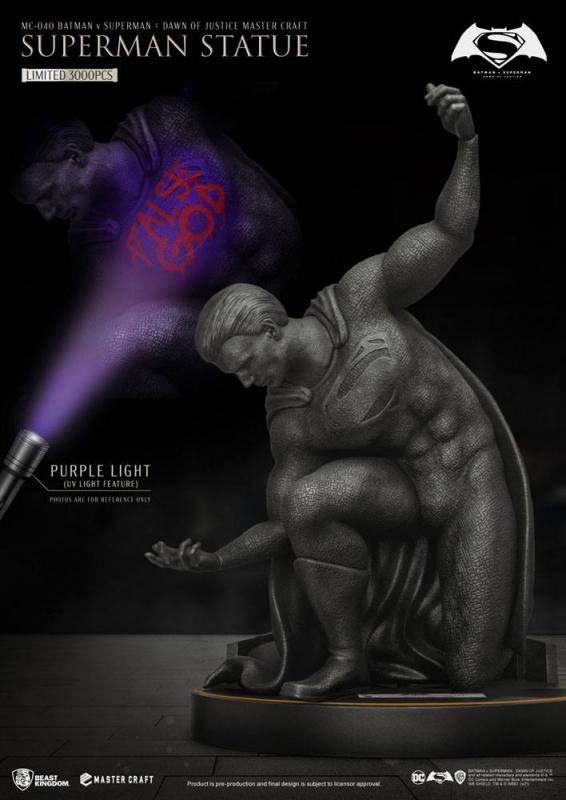 Beast Kingdom's 'Entertainment Experience Brand' proudly presents the Latest In the DC Memorial Statue series. The Mastercraft line of high quality, handmade and hand painted statues, takes on the mighty Son Of Krypton, with the MC-040, Batman Vs Super: Dawn Of Justice Memorial Statue. As seen in the movie, Superman as played by Henry Cavil is depicted in a classic Greek God pose, carrying the weight of the universe in his hands. Yet not all is positive, with some vocal opponents of the Man Of Steel unhappy with the immense power he possesses. Hence with a graffiti of 'False God' sprayed on the monuments chest by a disgruntled Wayne Enterprise Employee, the stage is set for Superman to make his triumphant return and show the world they still need him!

The Master Craft series continues the tradition of craftmanship with a highly coveted release of the Superman memorial statue. The recreation of the monument is hand crafted to perfection, depicting a tired, yet strong soul. Using special metallic-like paint, the statue is recreated in all its glory, in addition to a special feature where the graffiti paint can be illuminated using a UV-A torch light.
This special featured Master Craft statue is one not to be missed, pick yours up today from an official Beast Kingdom channel!

The MC-040 Batman v Superman:Dawn Of Justice Master Craft Superman Statue is limited to 3,000 pieces worldwide. Be sure to quickly grab this before they are sold out! 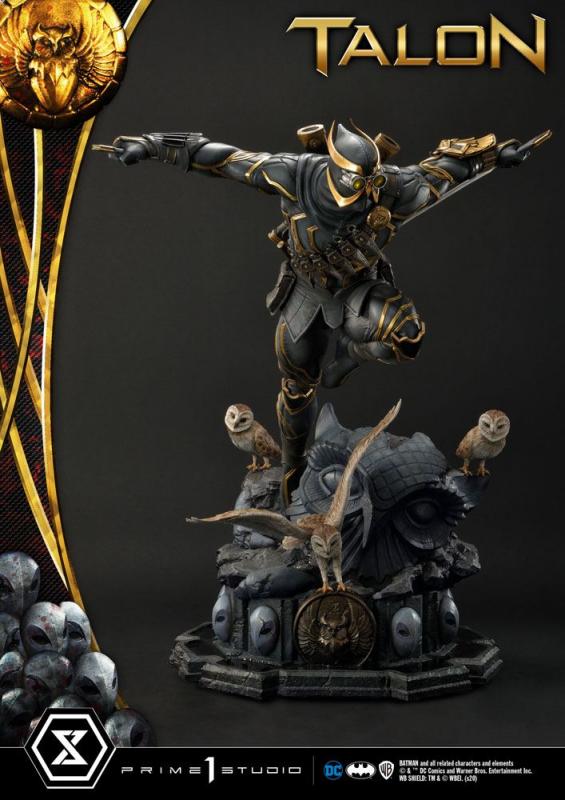 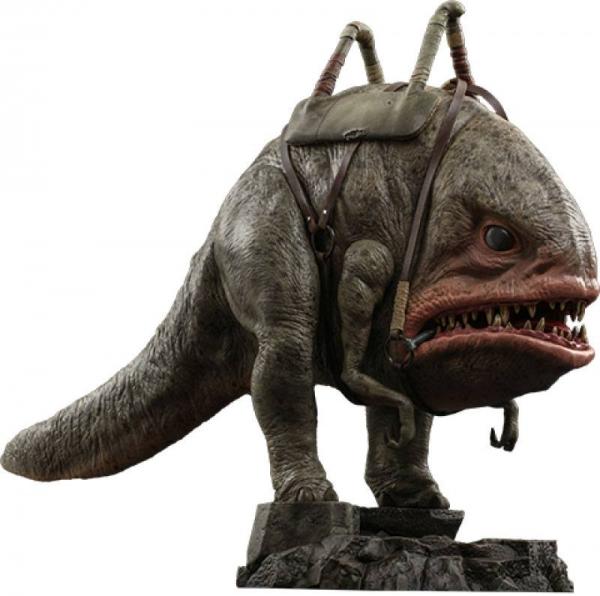 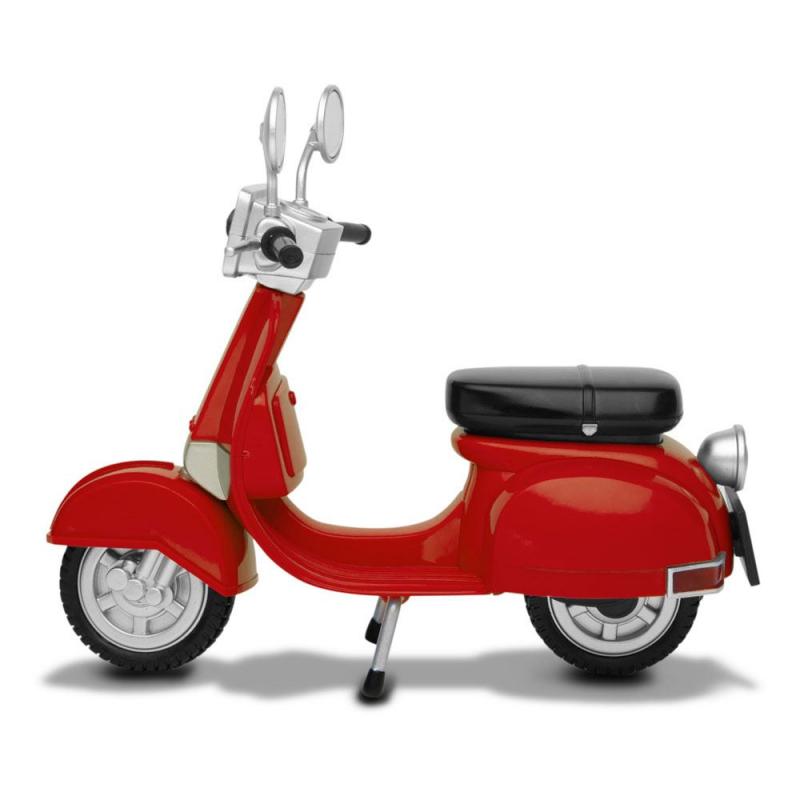