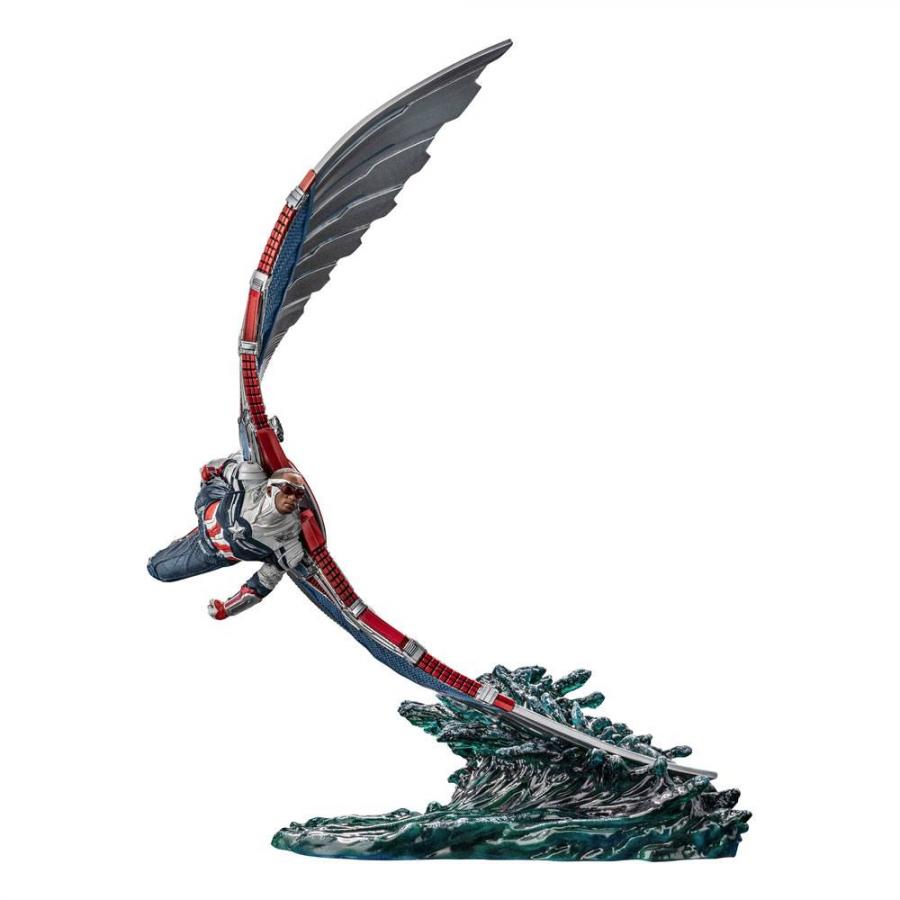 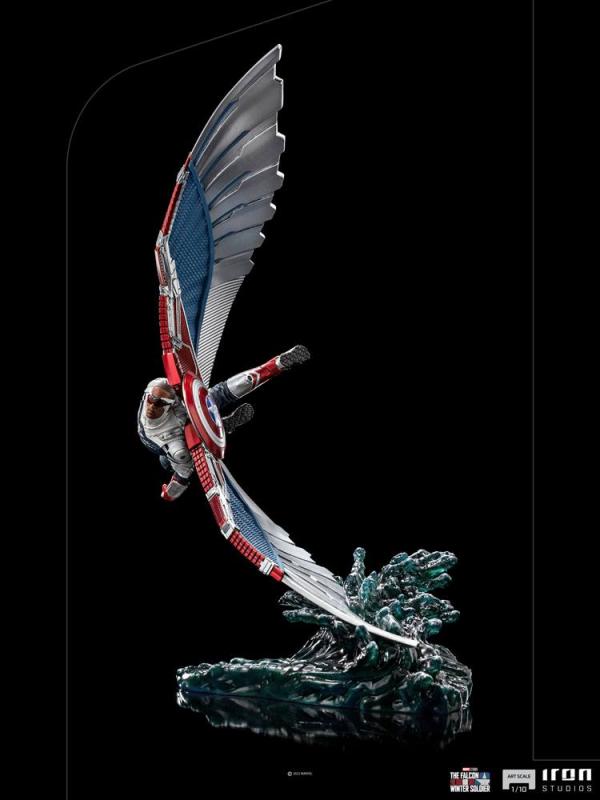 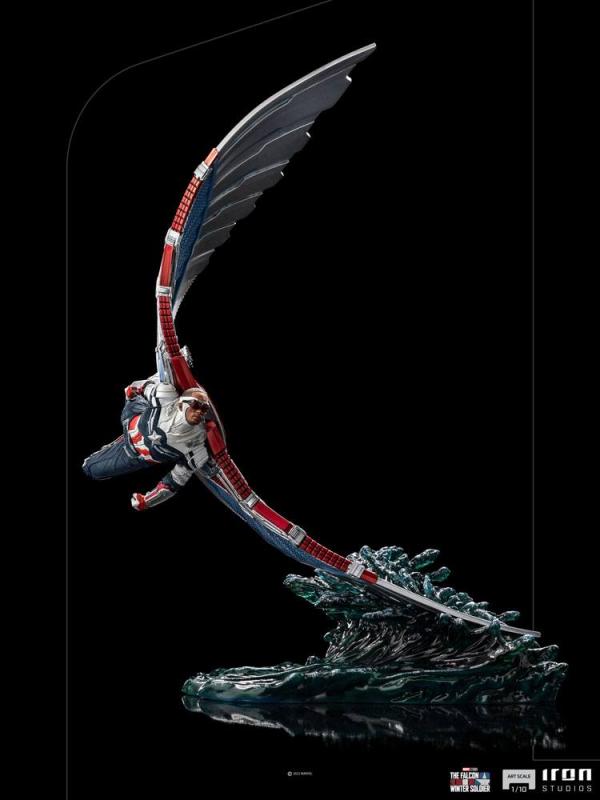 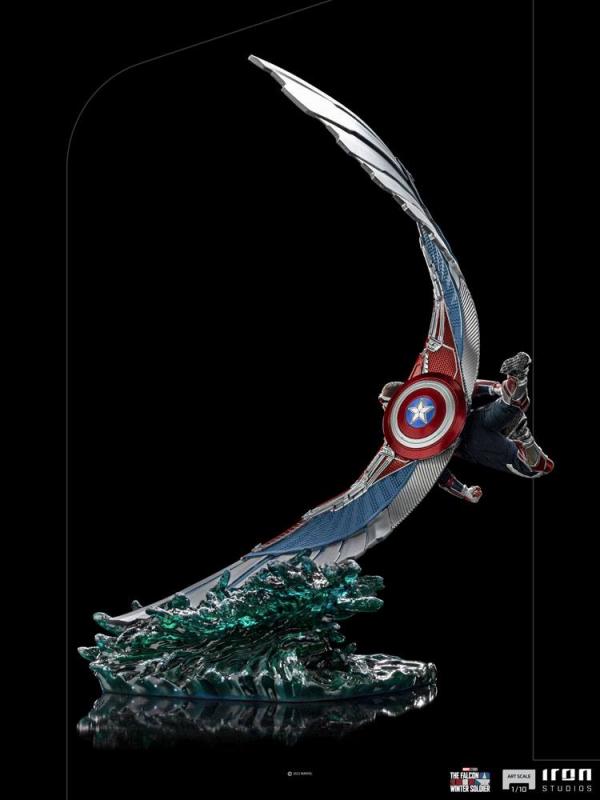 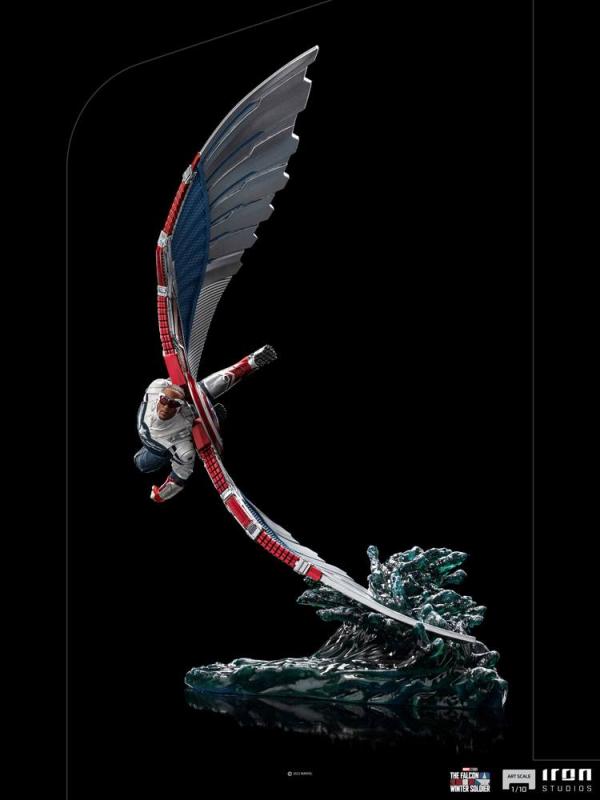 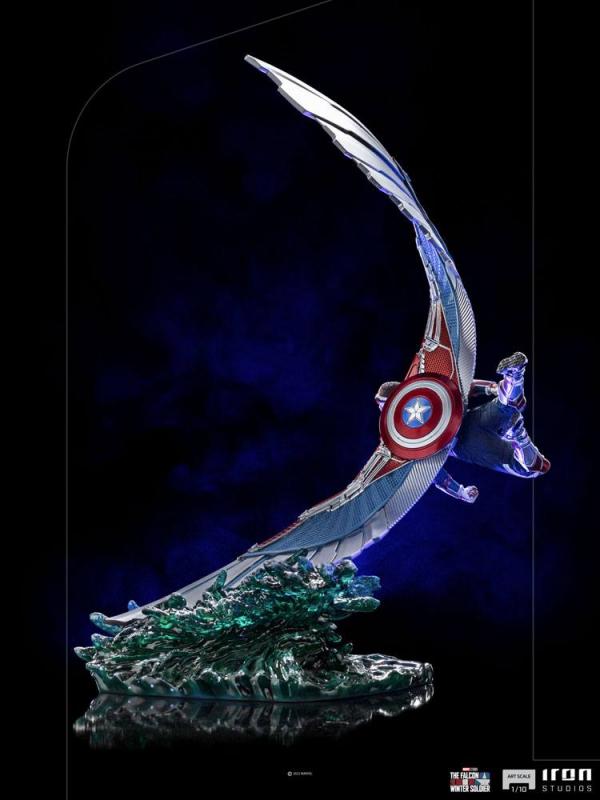 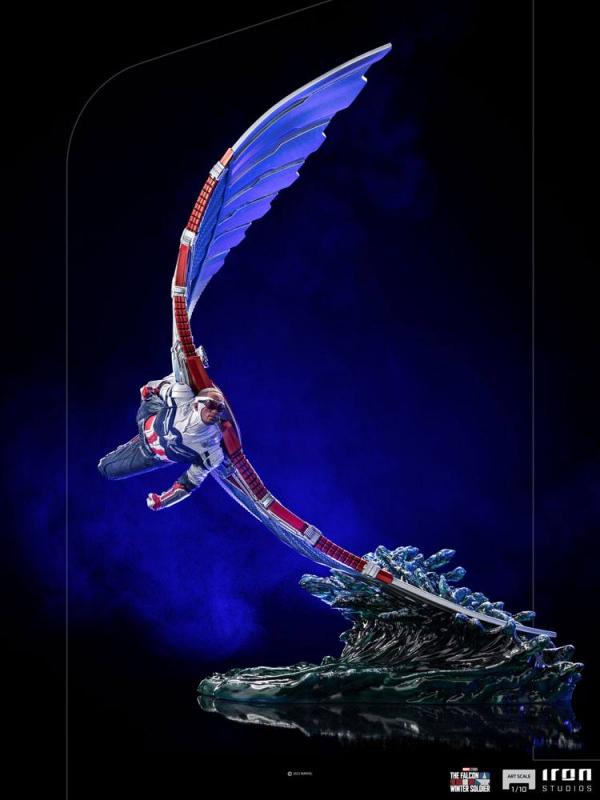 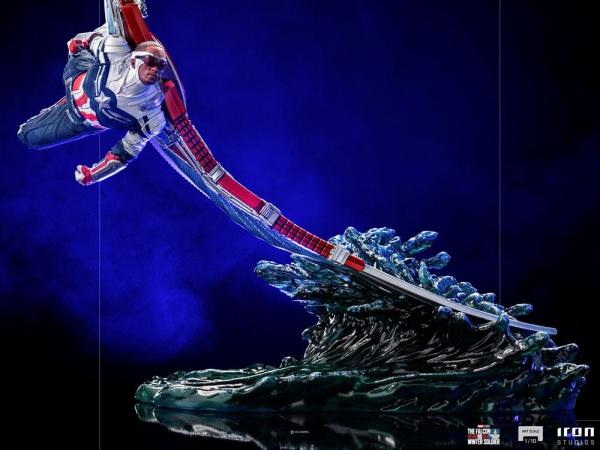 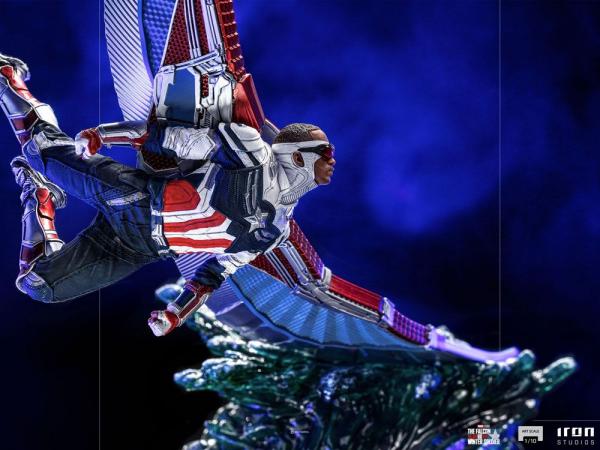 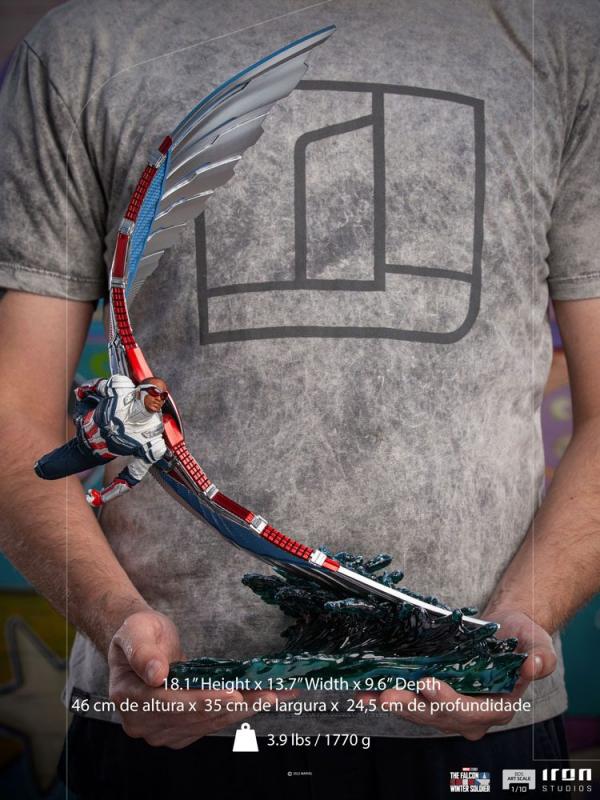 On a base that resembles the Hudson River, cutting through the waters with one of its mighty mechanical wings, the new winged Sentinel of Liberty uses all of its enhanced maneuverability and agility skills, as an actual bird of prey, with its new outfit with stars and stripes in the colors of his country's flag, carrying on his back the legendary shield of his predecessor. He flies at high speeds over New York City on a mission to rescue the victims of the terrorist and anti-nationalist group known as Flag Smashers. Inspired by the "One World, One People", the sixth and final episode of the first season of the miniseries "The Falcon and the Winter Soldier" on the Disney+ streaming channel, Iron Studios presents the statue "Captain America Sam Wilson Deluxe - The Falcon and the Winter Soldier - BDS Art Scale 1/10", with the hero, formerly called Falcon, taking on the name and legacy of the first avenger.

A former military paratrooper trained in aerial combat, Sam Wilson, one of Steve Rogers' most loyal friends and allies, received Captain America's shield from Rogers at the end of Avengers: Endgame. After initially reluctant to assume such a legacy, the Avengers hero, known in the past as Falcon, in the season finale "The Falcon and the Winter Soldier", takes over as the new Captain America. With a new uniform and flight suit in a Vibranium version of EXO-7 created by Wakandan scientists at the Wakandan Design Group, Wilson flies to New York to face the onslaught of the Flag Smashers, with the help of his new ally and partner Bucky. Barnes. An expert fighter and tactician, he trained hard with Bucky's help to use the indestructible shield, which, together with his flying skills, made him a formidable combatant. 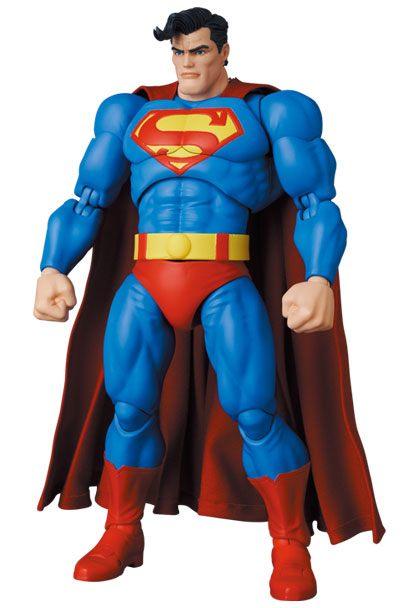 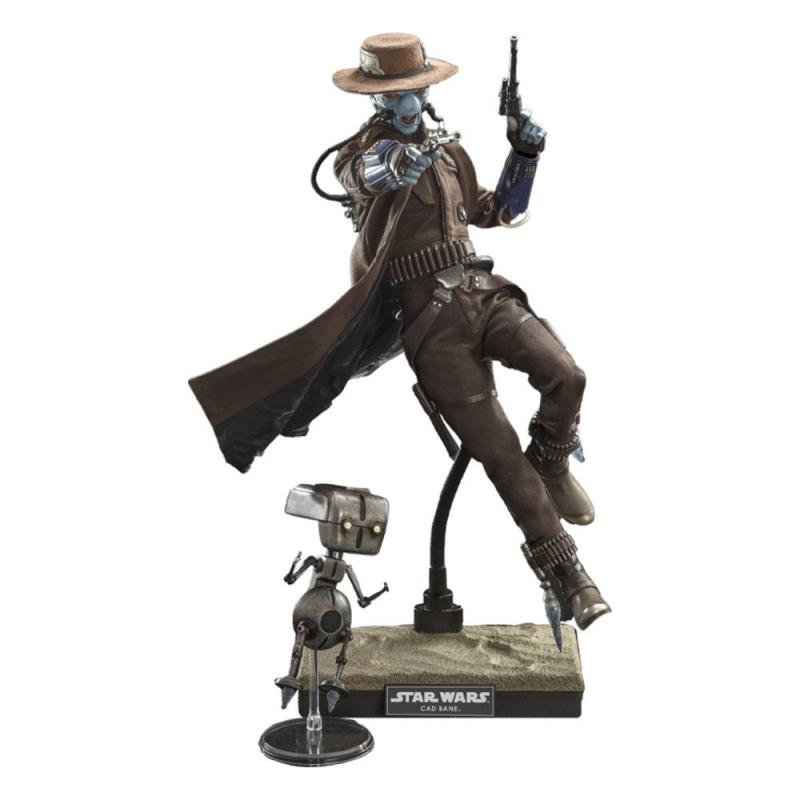 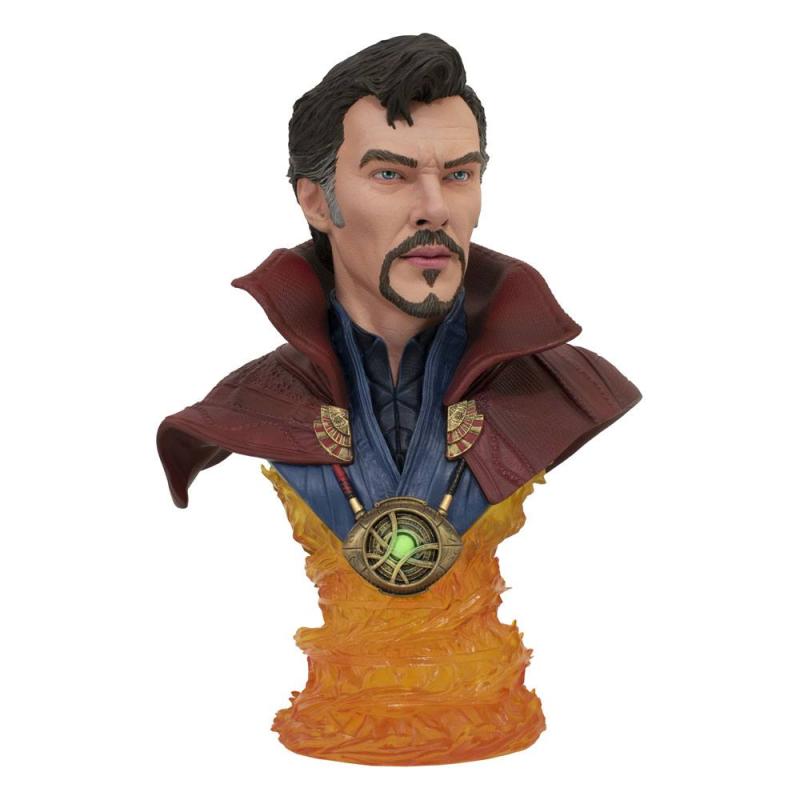 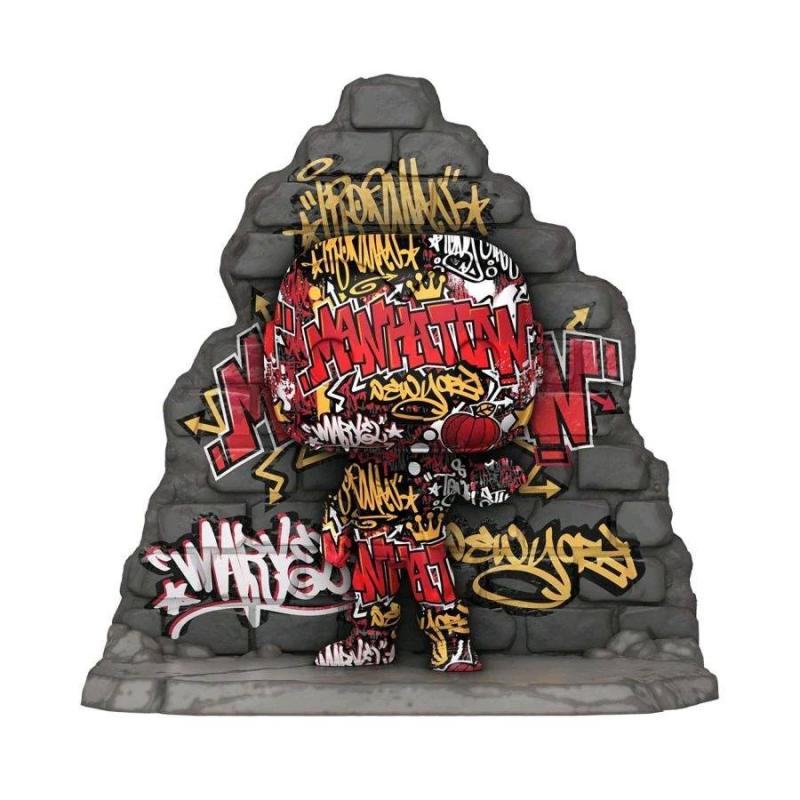 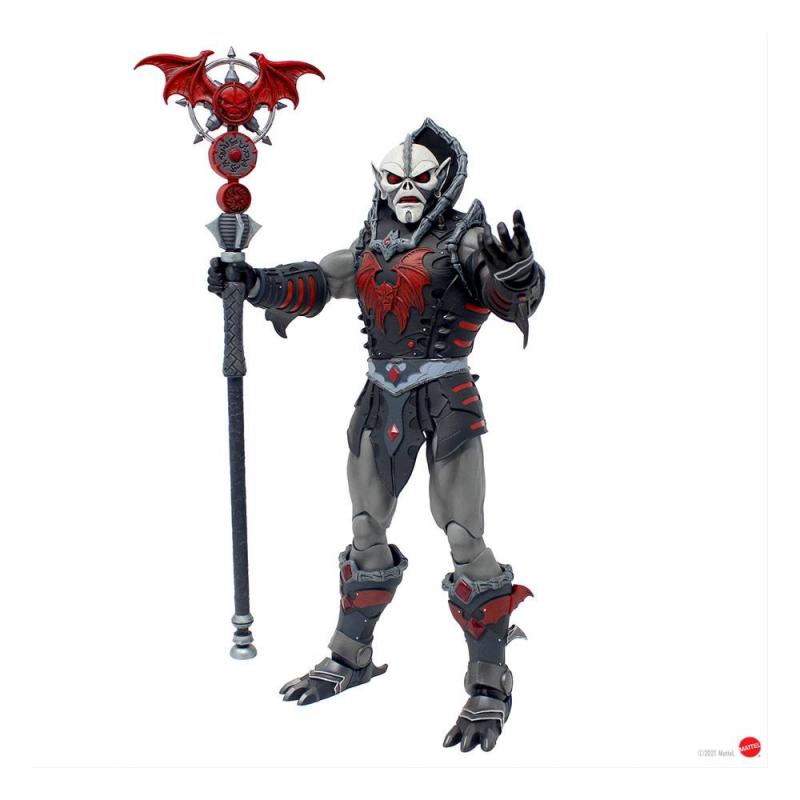 ON REQUEST€ 280 Masters of the Universe: Hordak 1/6 Action Figure - Mondo