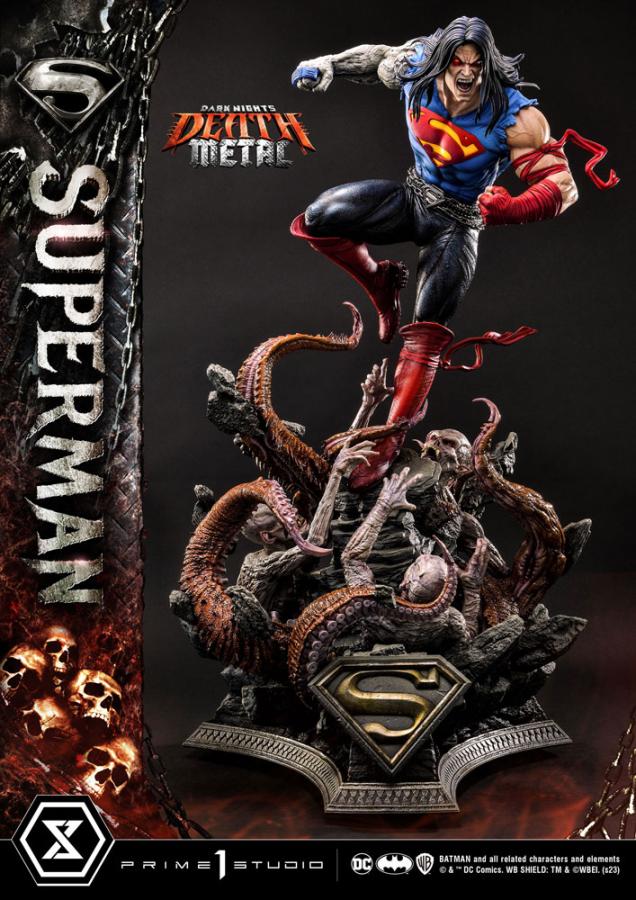 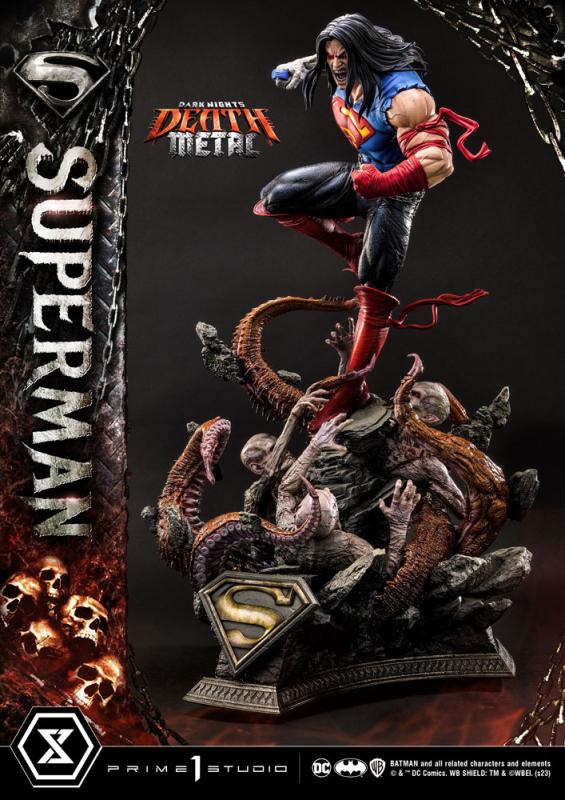 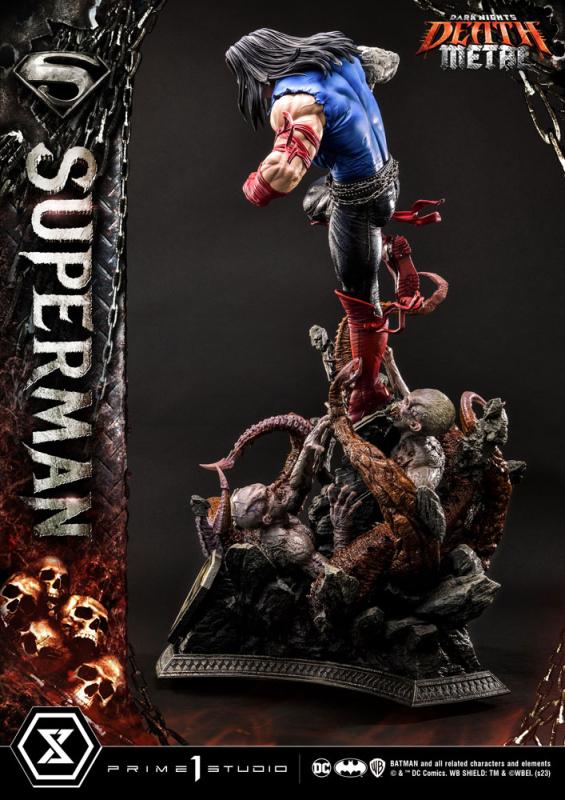 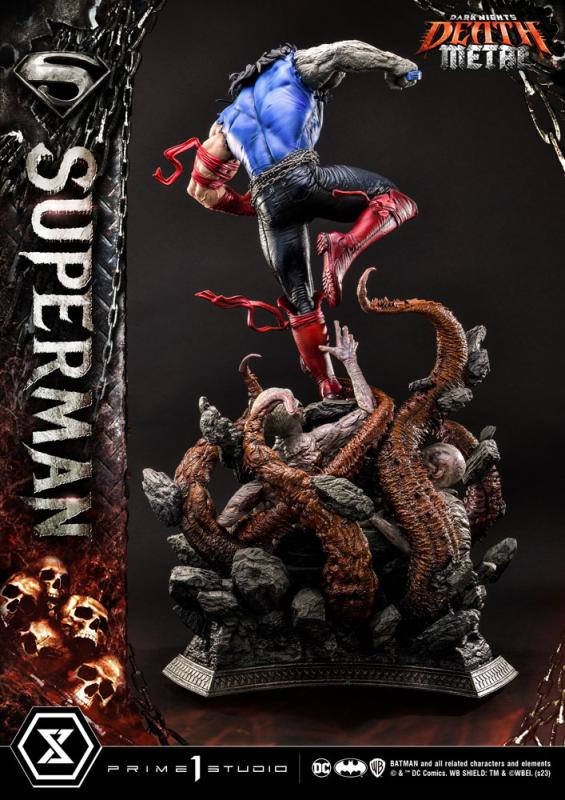 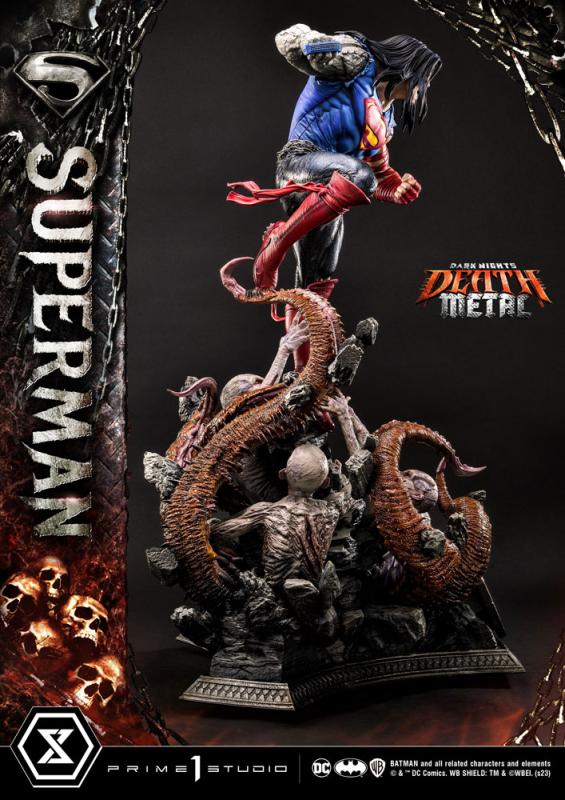 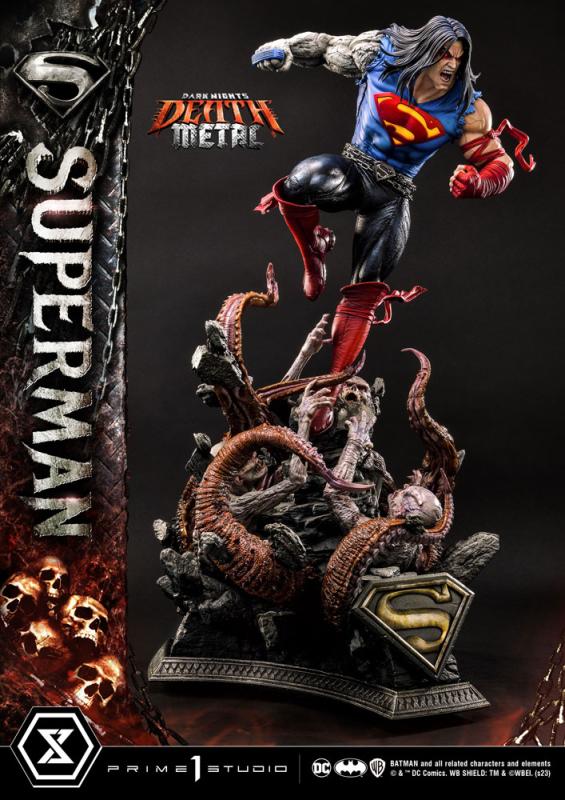 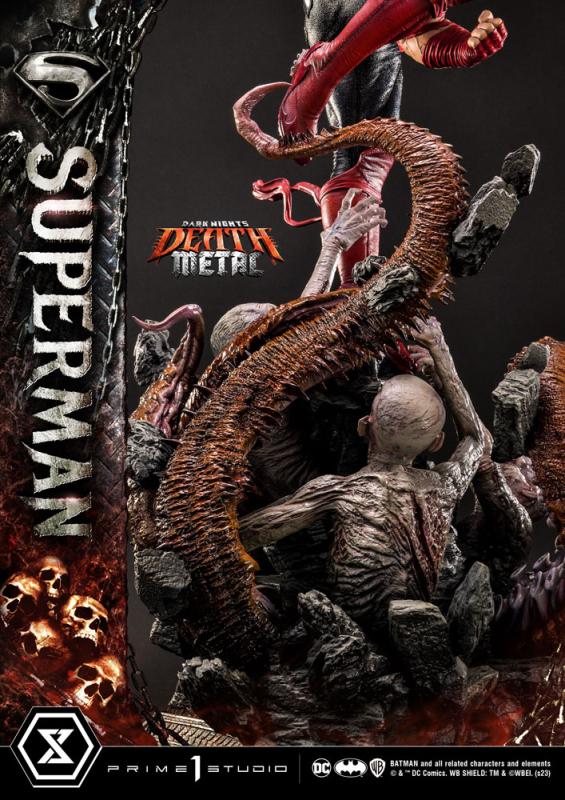 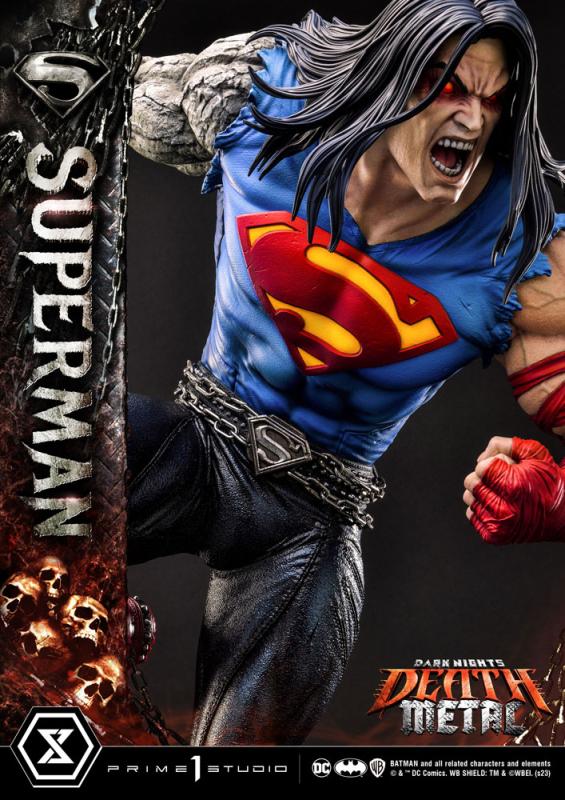 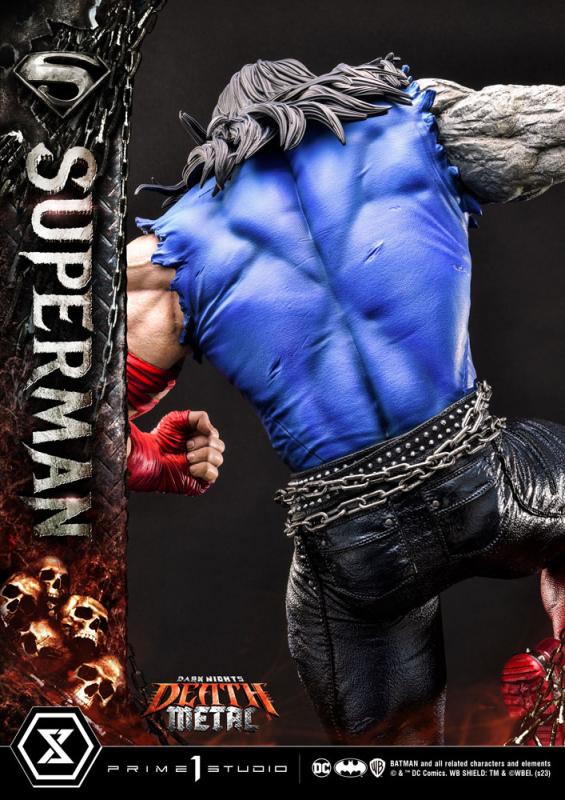 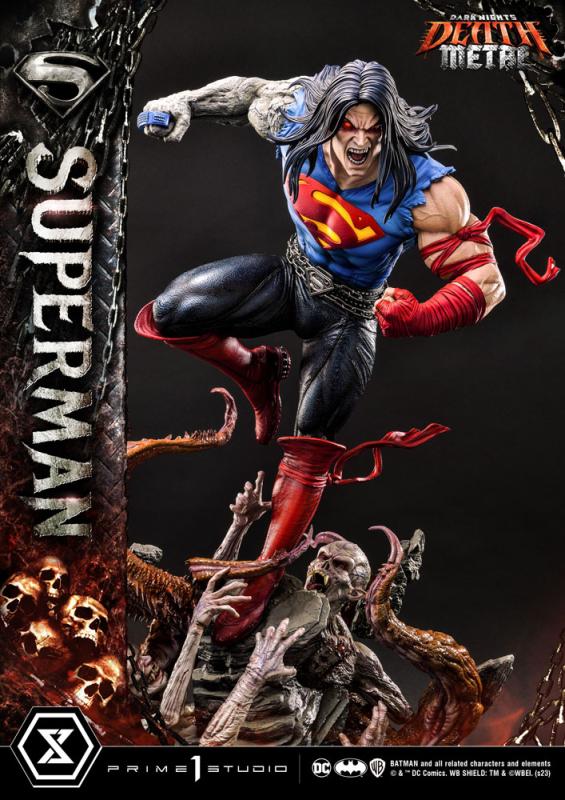 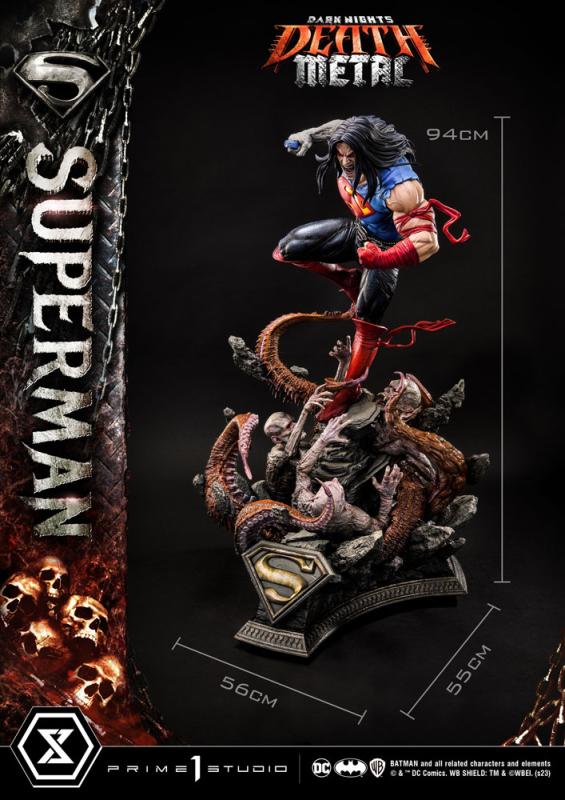 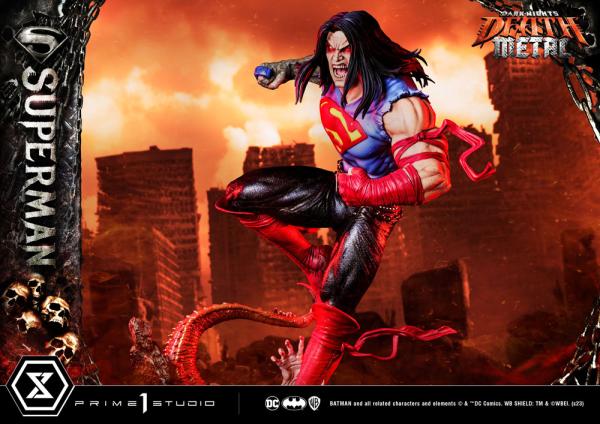 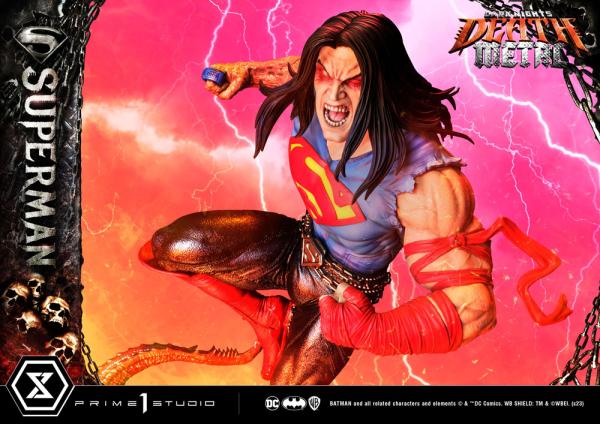 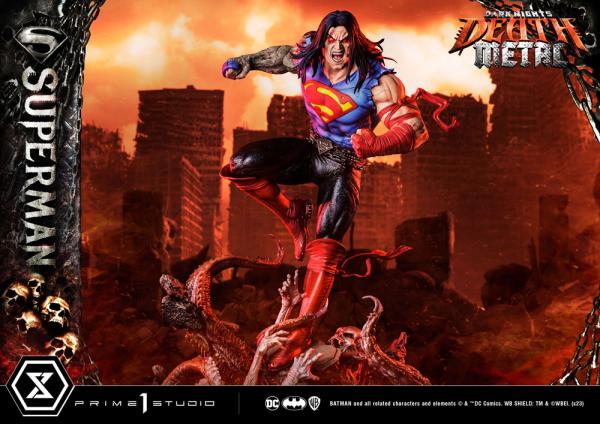 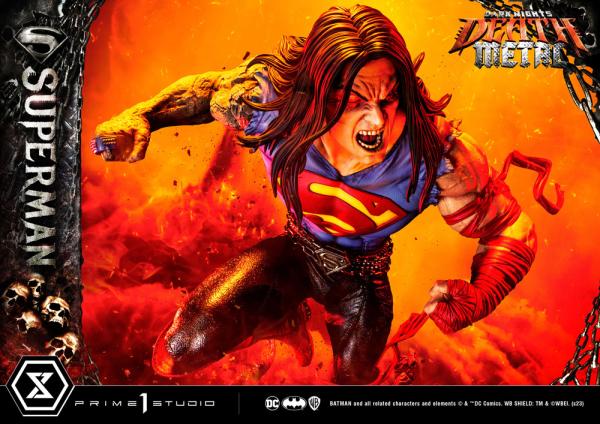 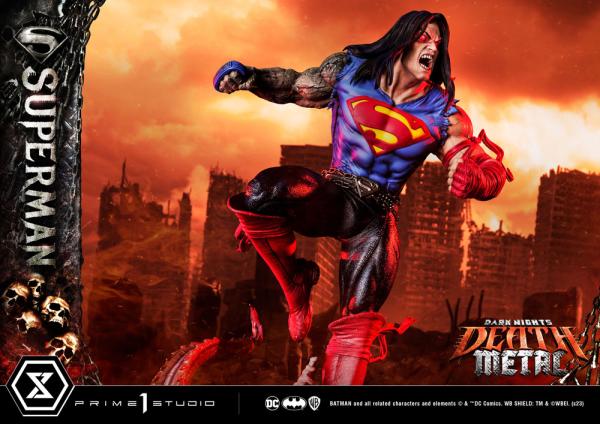 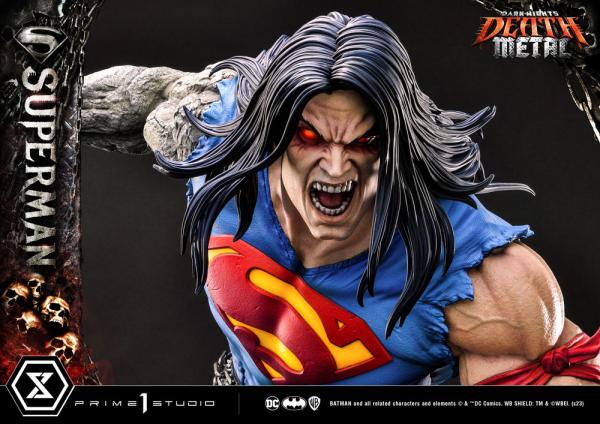 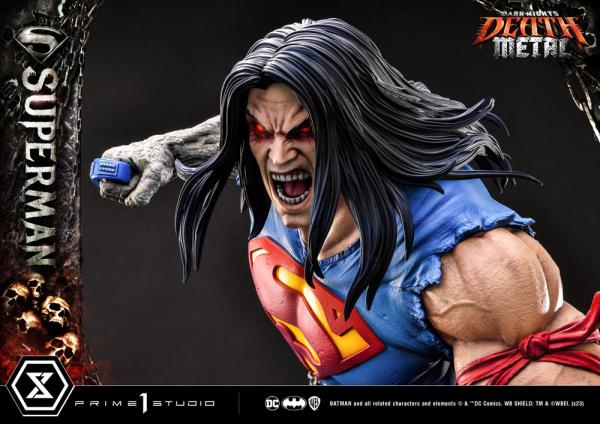 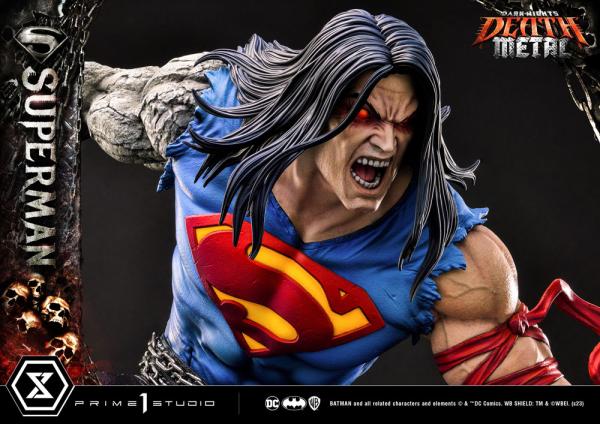 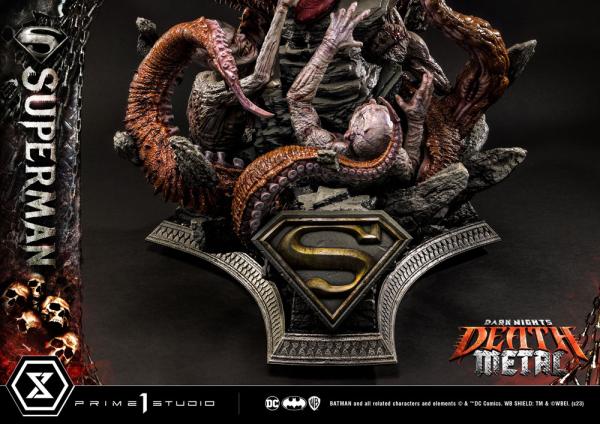 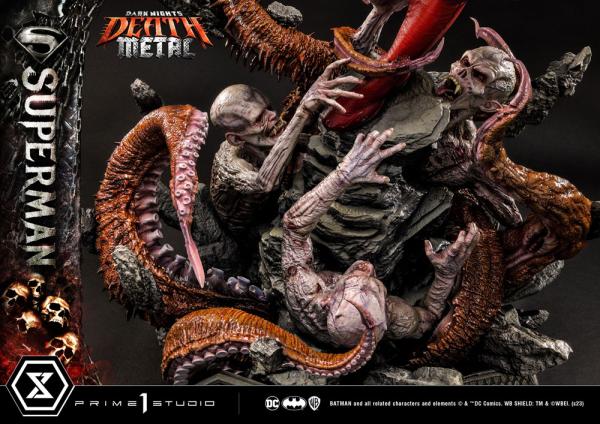 "Sorry. Every being living, dead, undead we fight together!"

Dark Nights: Death Metal, brought to us by Scott Snyder, Greg Capullo and Jonathan Glapion, culminates the five-year long buildup of the Dark Multiverse Saga, unifying every storyline from the New 32 and DC Rebirth into a single universe. After the shattering of the Source Wall which freed Perpetua, our heroes find themselves at the mercy of the Batman Who Laughs. Wonder Woman launches a rescue mission on New Apokolips in order to free the Man of Steel from Darkfather's torture machine. Enter a long-haired, Darkseid infected Superman equipped with lighting fast fingers that would shred through a mind-numbing apocalyptic guitar solo.

Prime 1 Studio has crafted a version of the Man of Steel that has been affected by the Anti-Life Equation, having been tortured with Kryptonite by Darkfather's Murder Machine, Superman's appearance has been forever altered. Over 37 inches tall, Clark channels his ultimate rage as he fights his last battle to save humanity once again. His hair may have grown long but majestically flows across his sharp features. Having been exposed to Kryptonite and the Anti-Life Equation, the Darkseid infection has begun spreading, starting with his powerful and muscular right arm, turning it into a rock like limb. Oh, how it bears a suspiciously striking resemblance to Darkseid! His ripped shirt, skin-tight leather trousers, steel belt and crimson boots is the ultimate heavy metal outfit only Kal-El himself could have pulled off perfectly! The Darkest Knight and Perpetua's demonic horde of zombies and eldritch tentacles are clawing and reaching out at his feet. Obsidian razor-sharp stones protruding from the deepest depths of the abyss. At the base of all this, we find the S-Shield, Krypton's symbol of Hope. Once again, the breathtaking level of finesse and details is an enormous understatement.

Do not wait any longer, add this hard-rocking, head-banging, guitar-shredding masterpiece to your Dark Nights: Metal & Heavy Metal collection today! 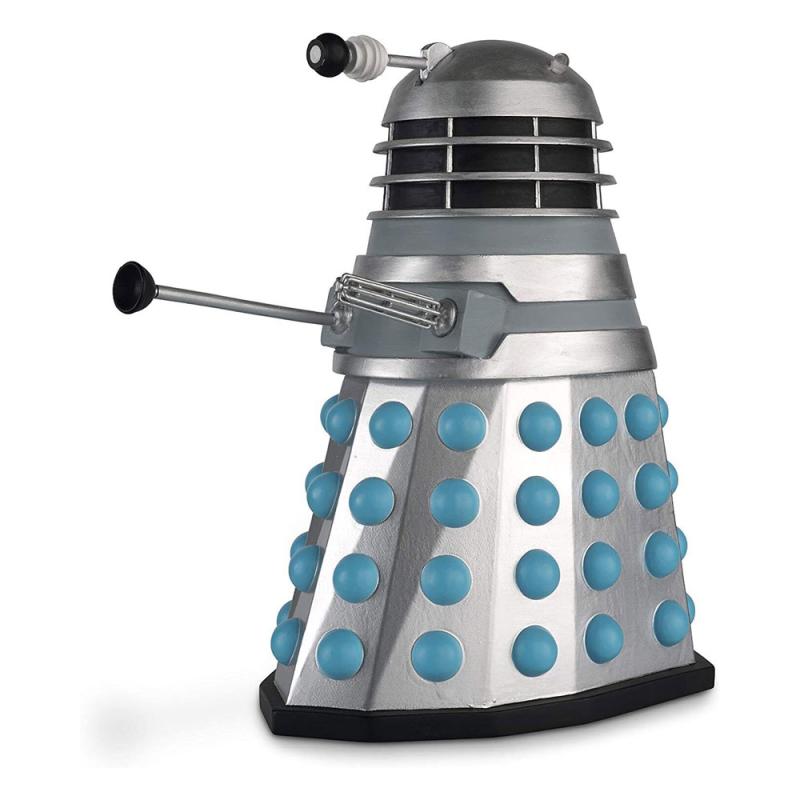 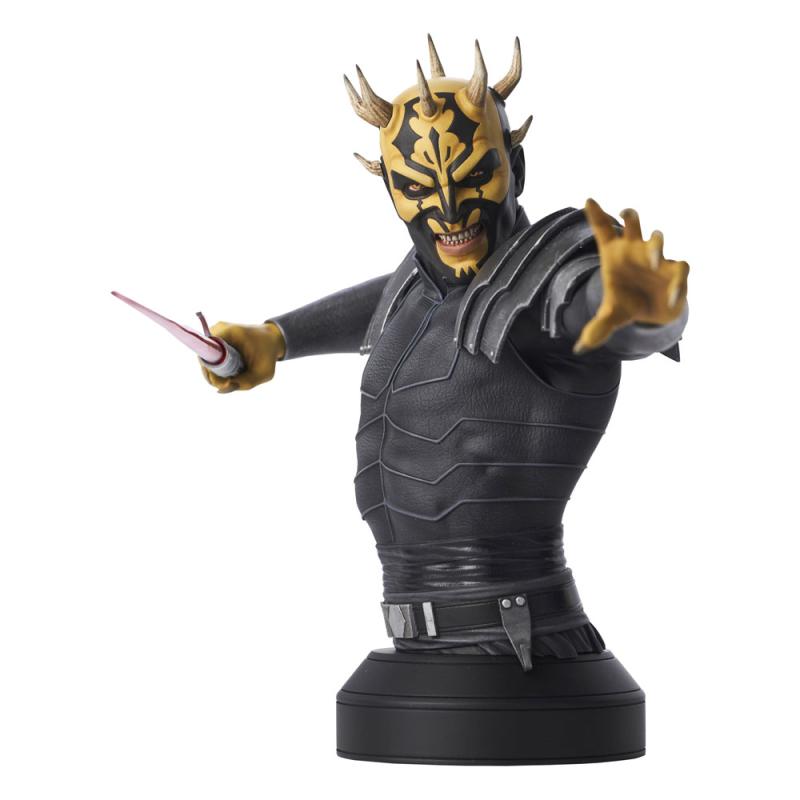 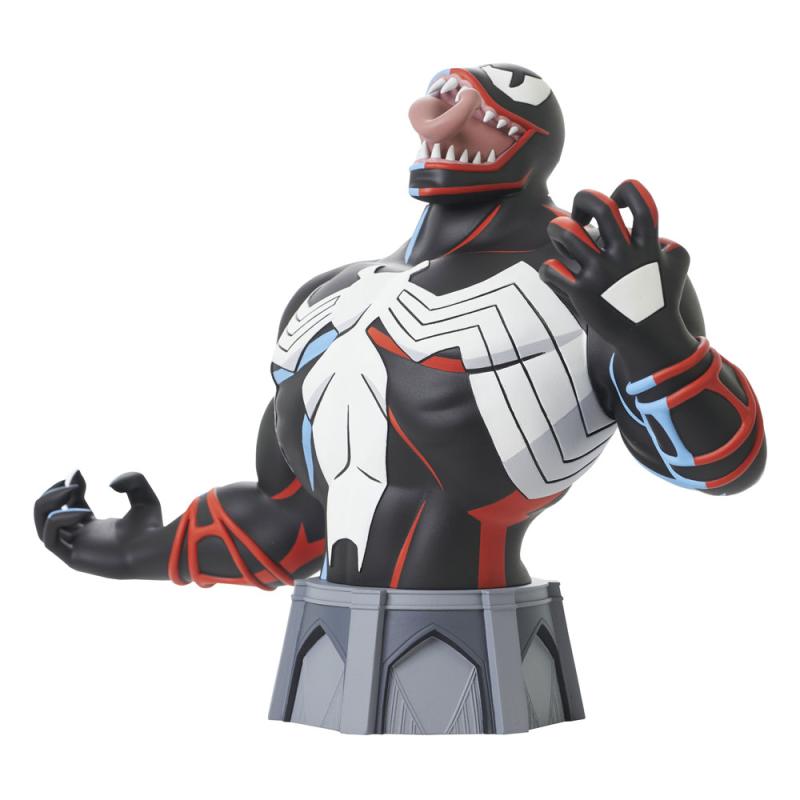 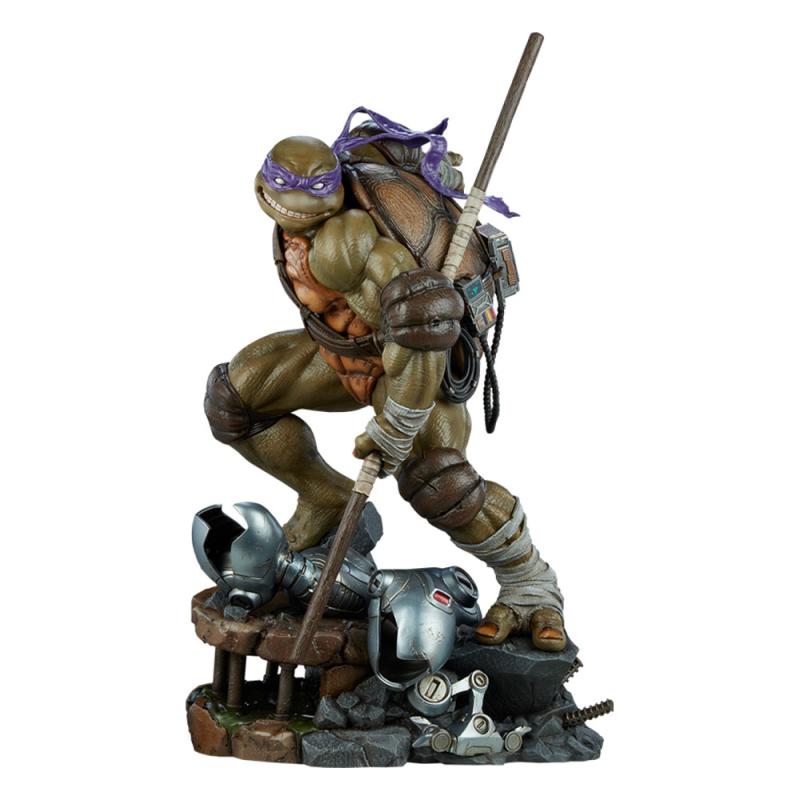 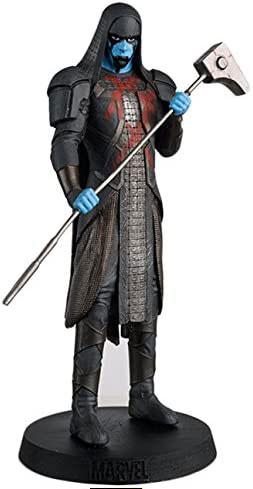