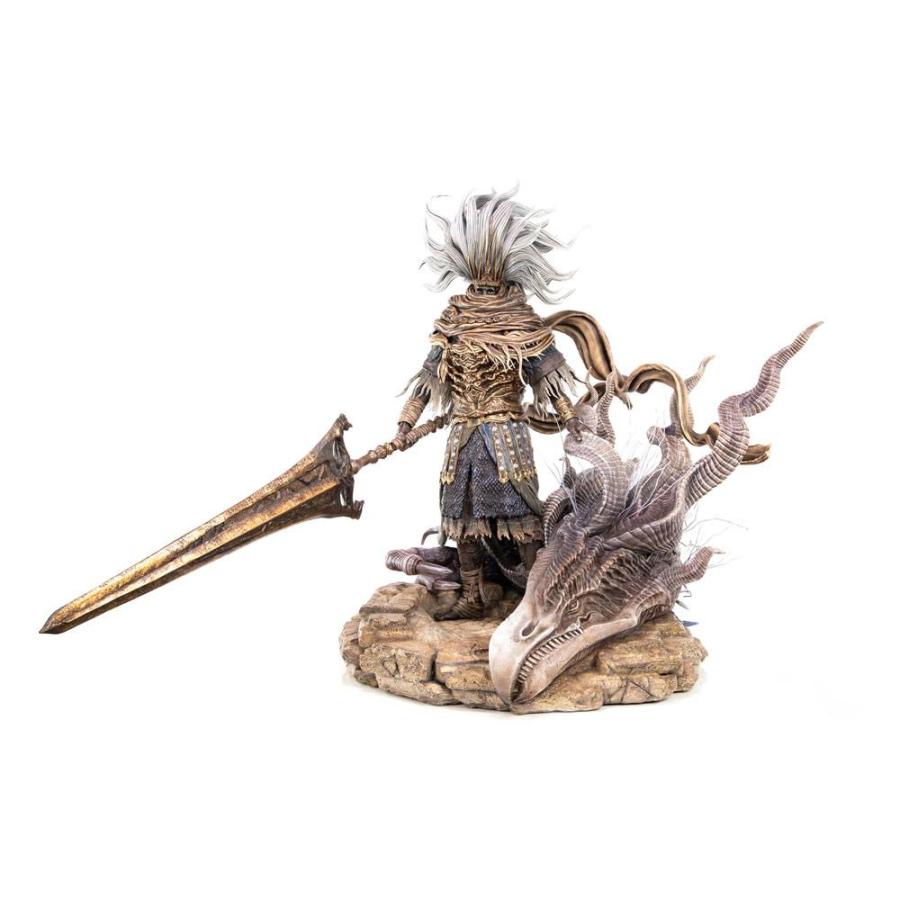 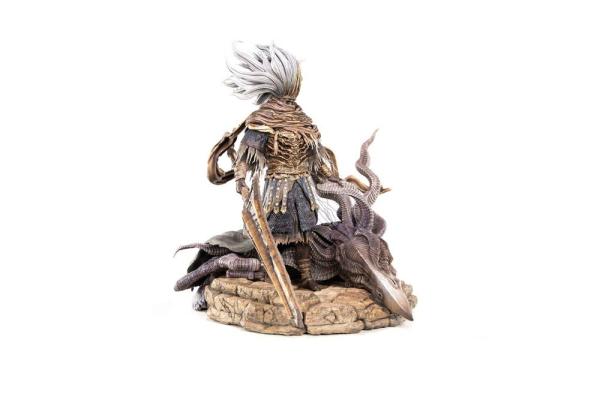 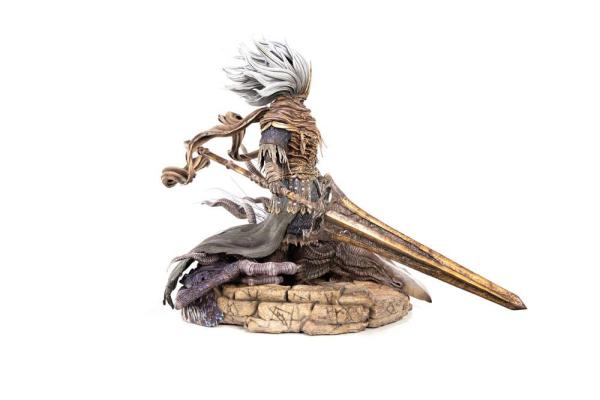 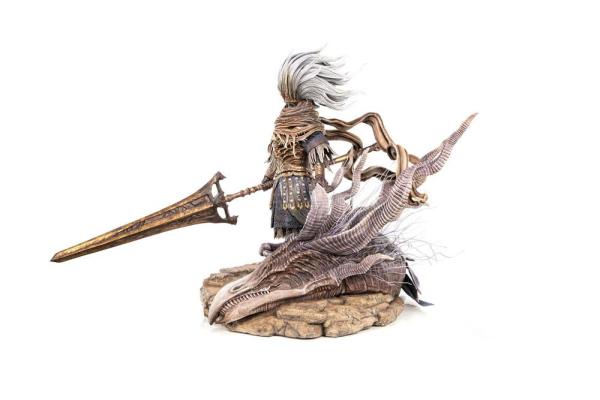 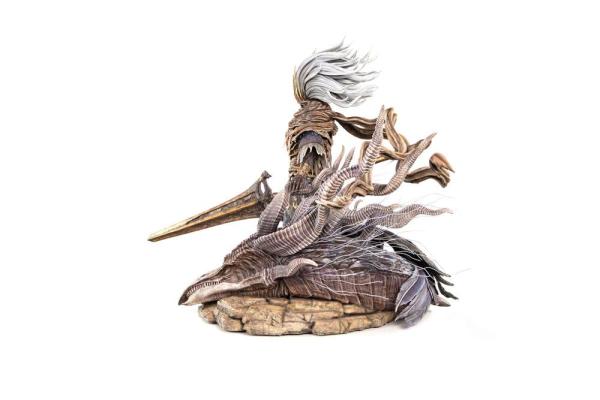 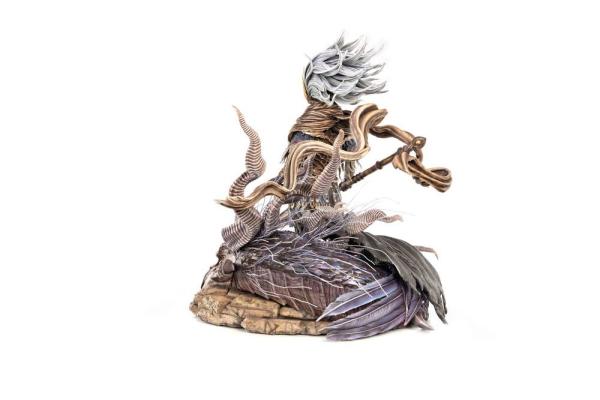 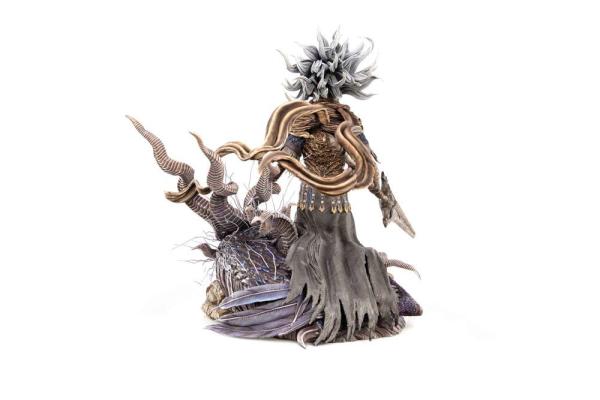 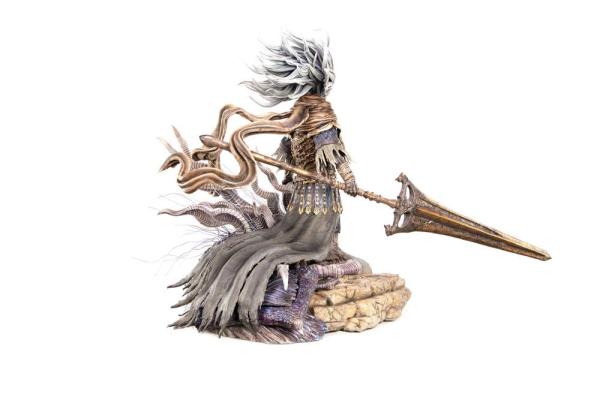 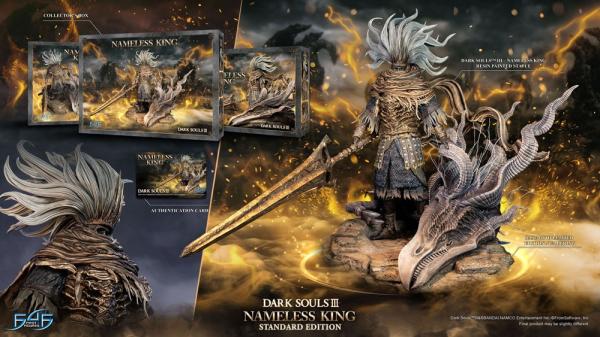 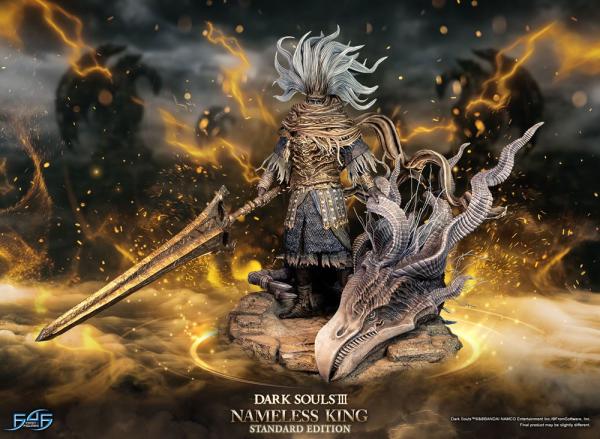 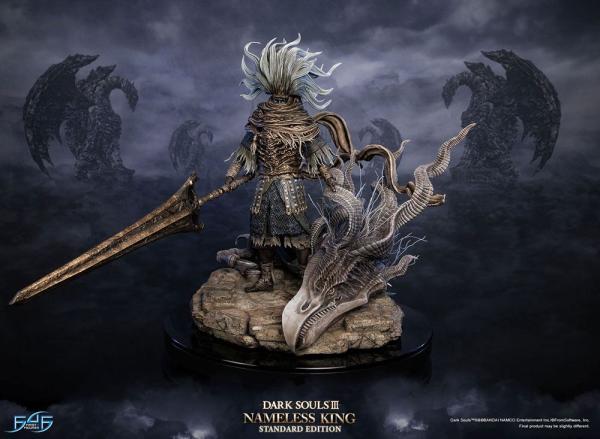 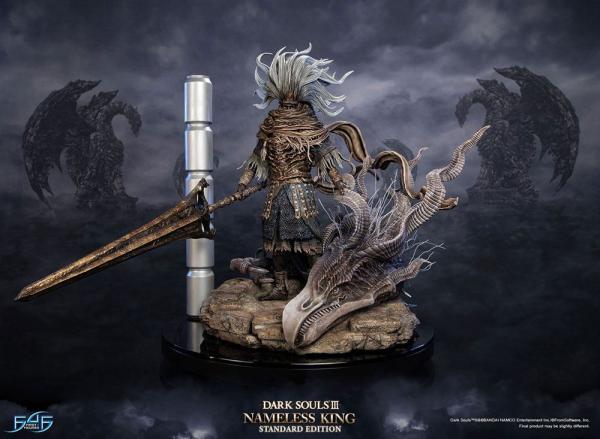 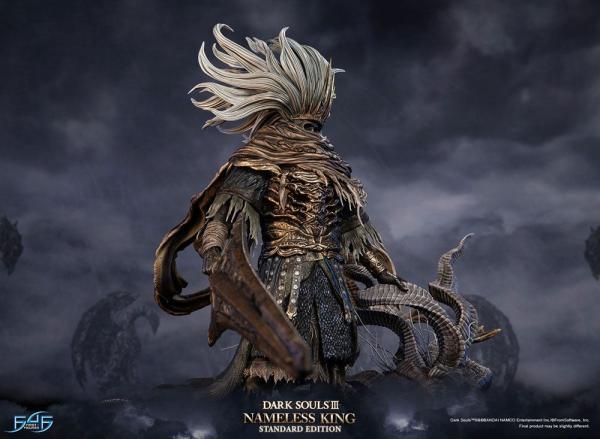 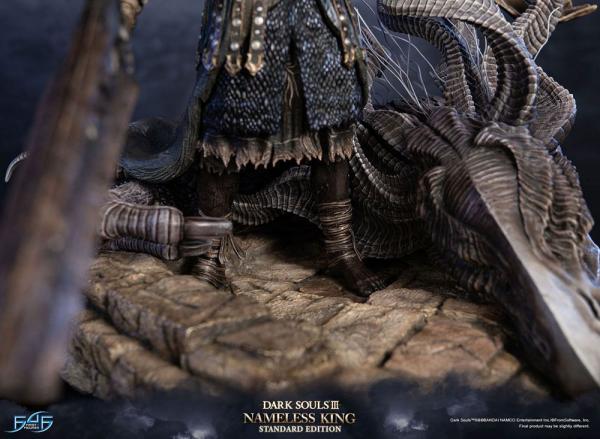 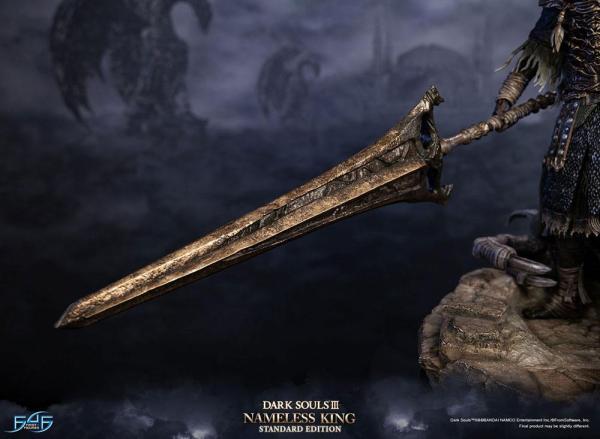 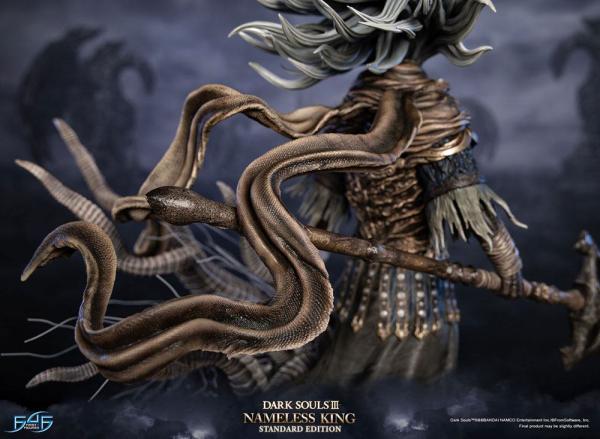 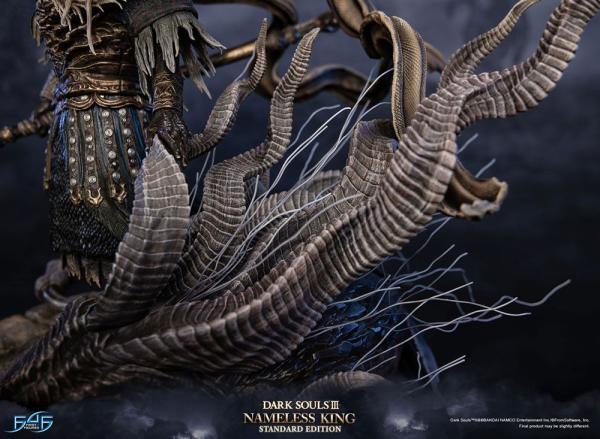 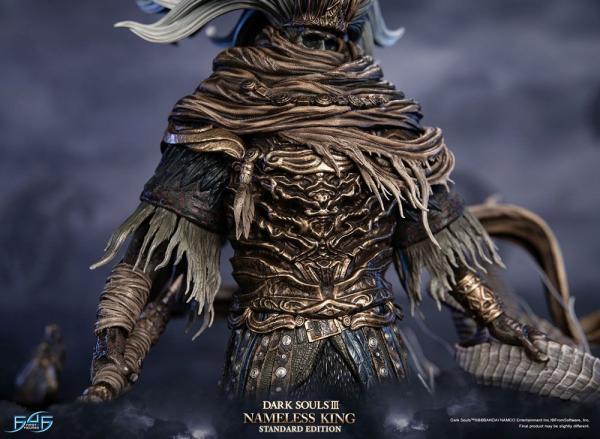 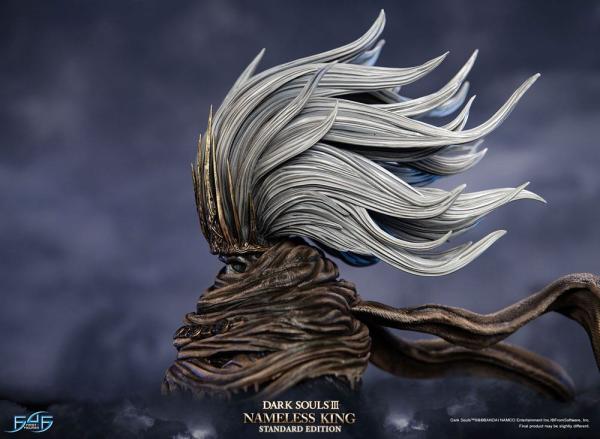 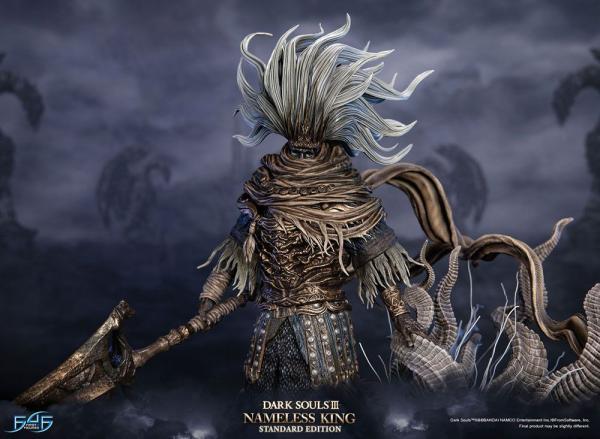 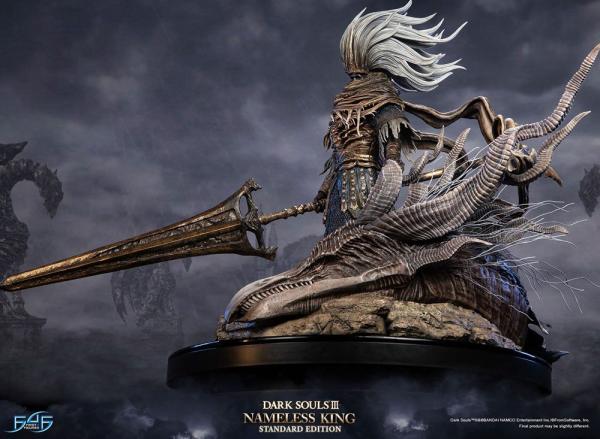 First 4 Figures is proud to present their latest resin collectible, Nameless King.
This is the first statue to release in our Dark Souls™ III lineup.

"The Nameless King was once a dragon-slaying god of war, before he sacrificed everything to ally himself with the ancient dragons."-Soul of the Nameless King, Dark Souls™ III

The statue is inspired by the iconic cutscene in the game where the King of the Storm uses his Dragonslayer Swordspear to slay his Stormdrake mount and absorb its remaining life force to become the Nameless King. This occurs just before the second phase of the boss battle.

The statue's storm-like presence is further enhanced through the impeccable sculptural details and overall color palette. The base is designed to represent the ruins and pathways of Archdragon Peak, which is where the Nameless King can be summoned by ringing the bell at the Great Belfry. 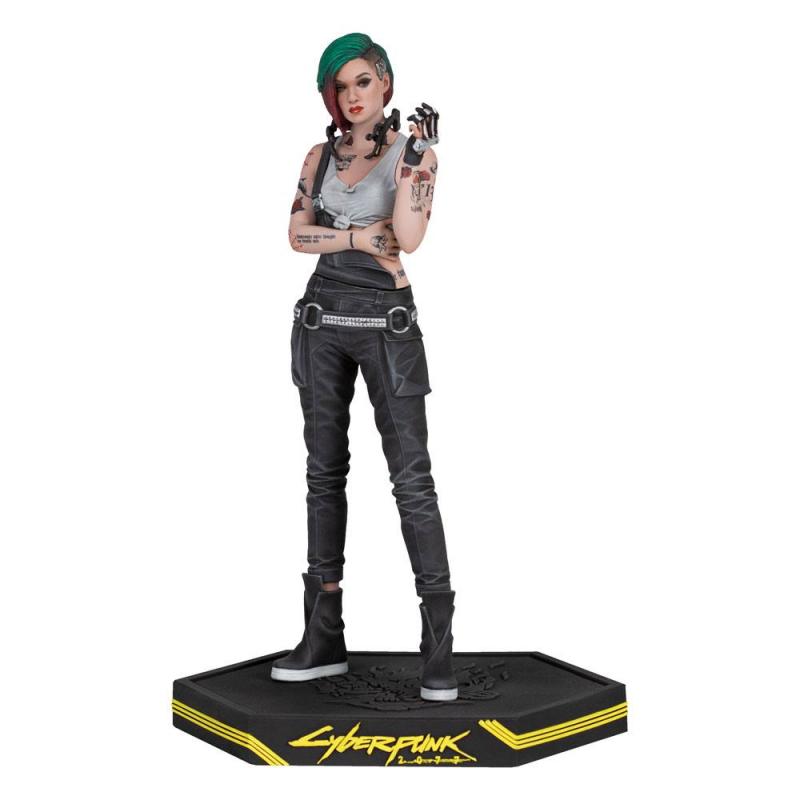 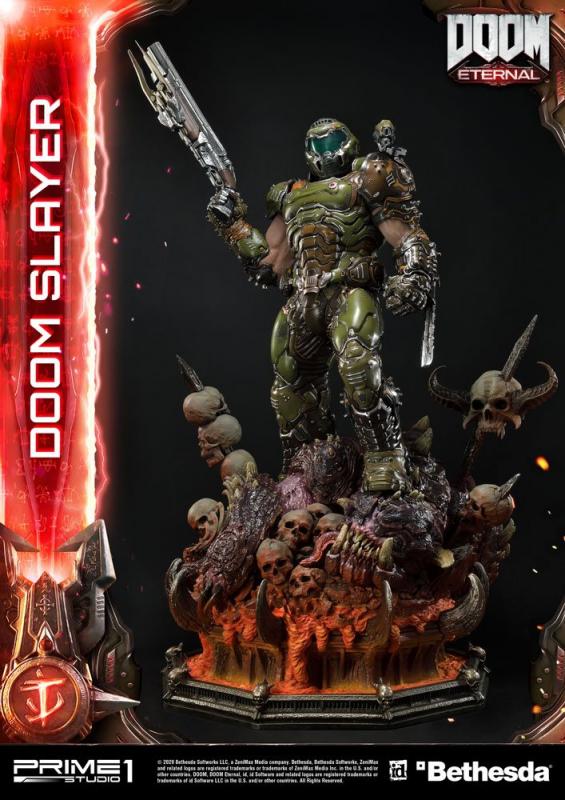 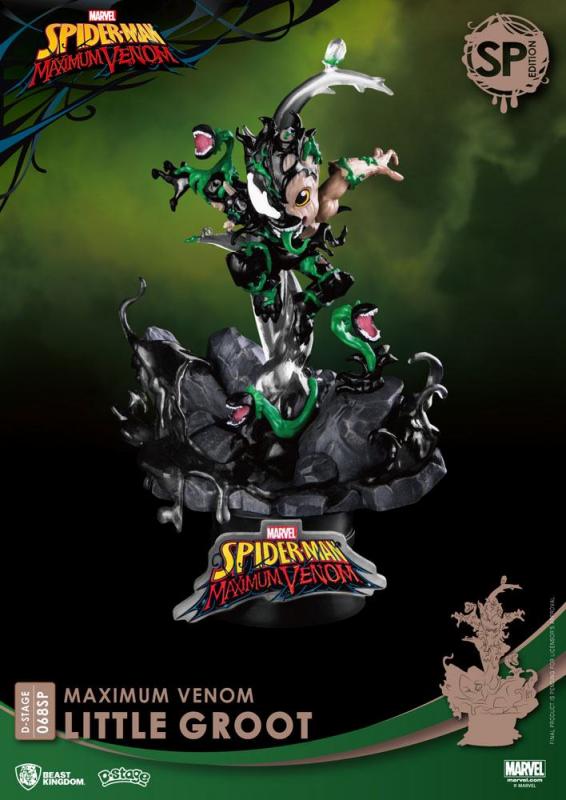 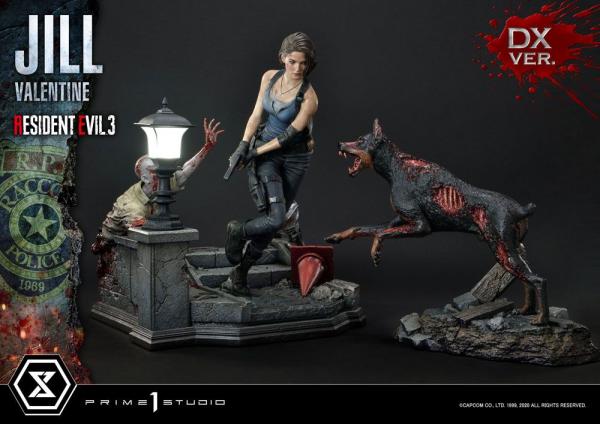 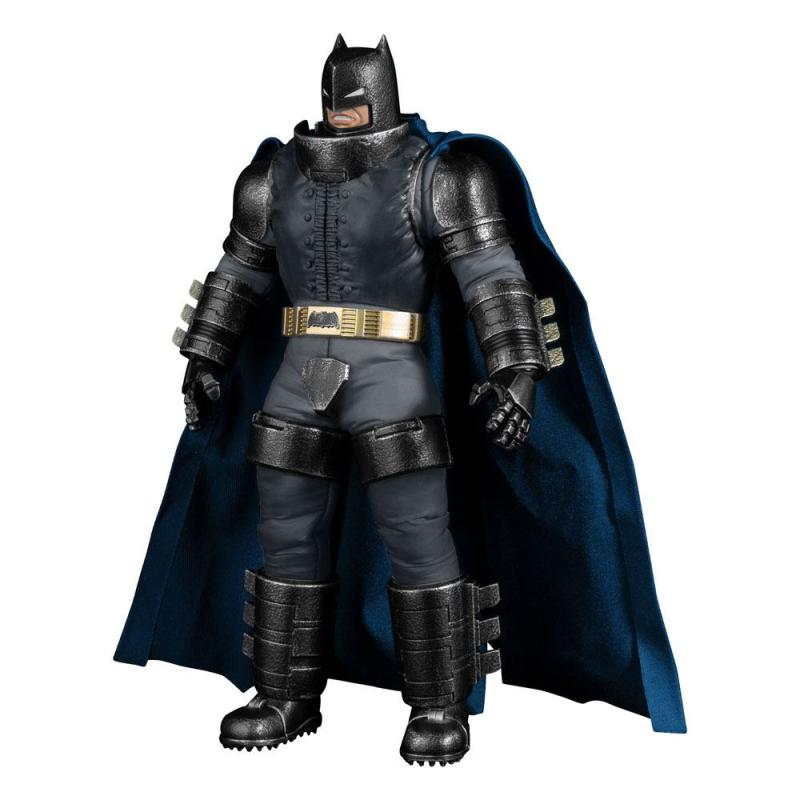 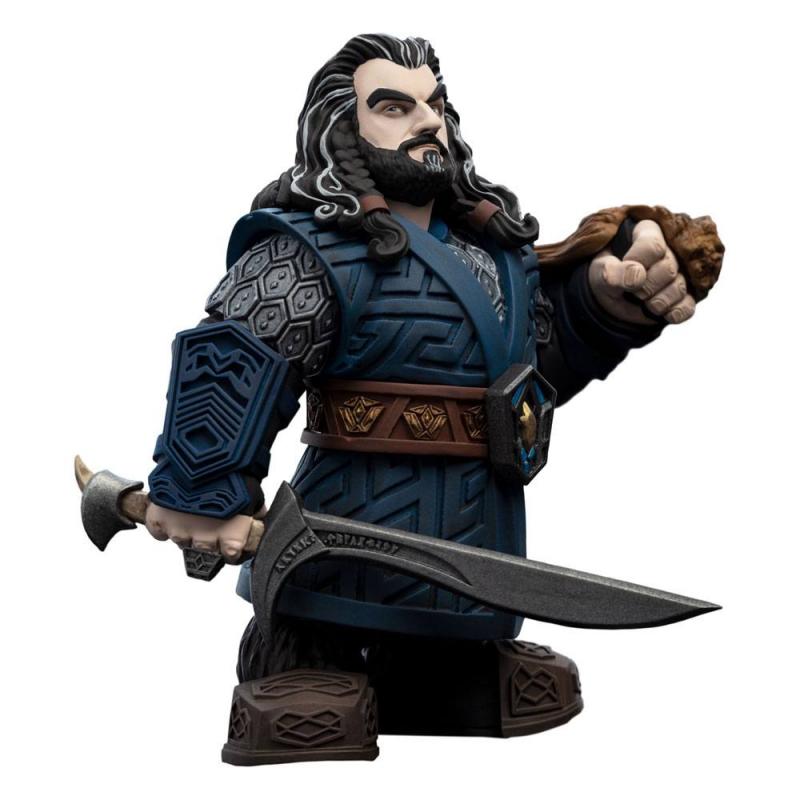