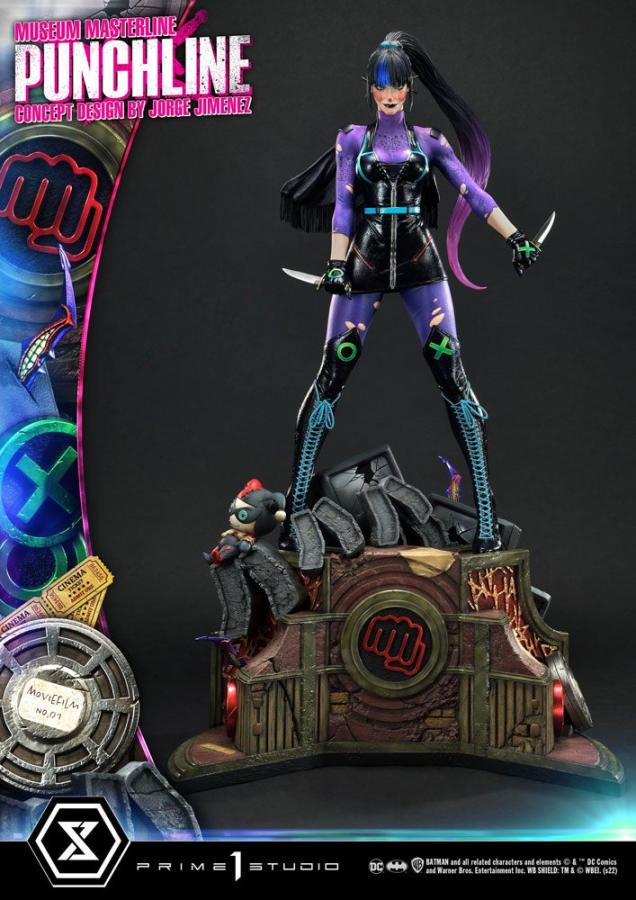 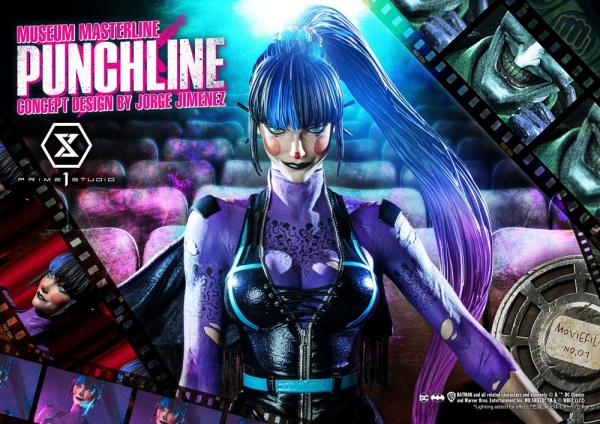 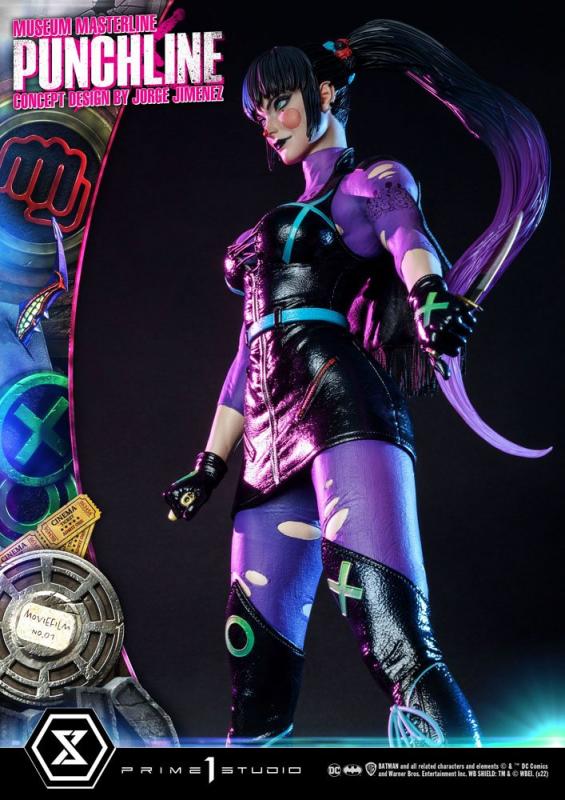 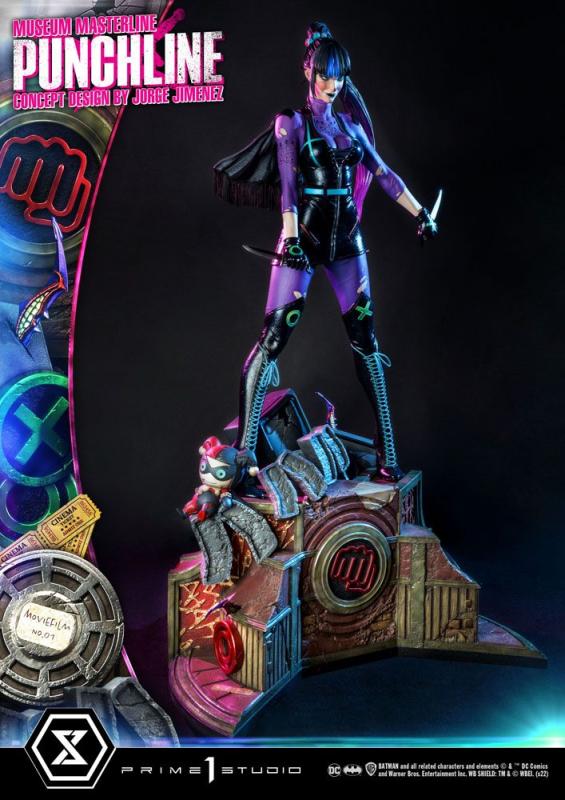 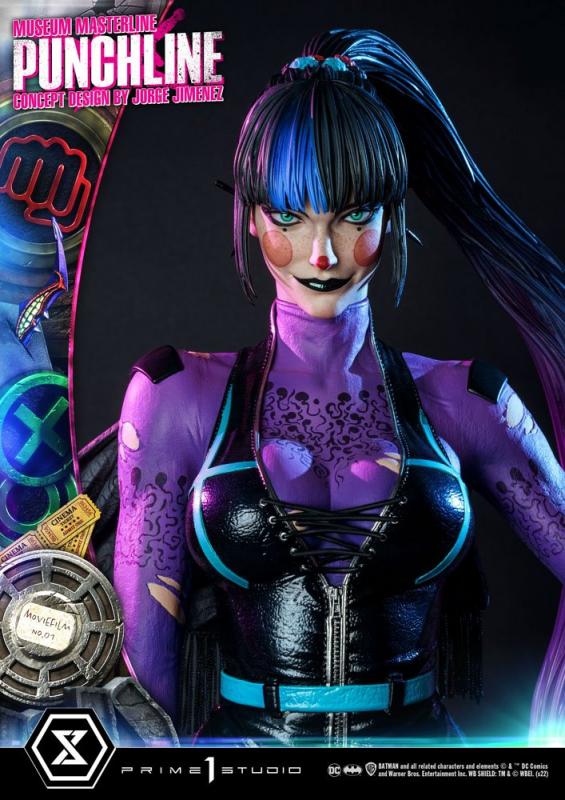 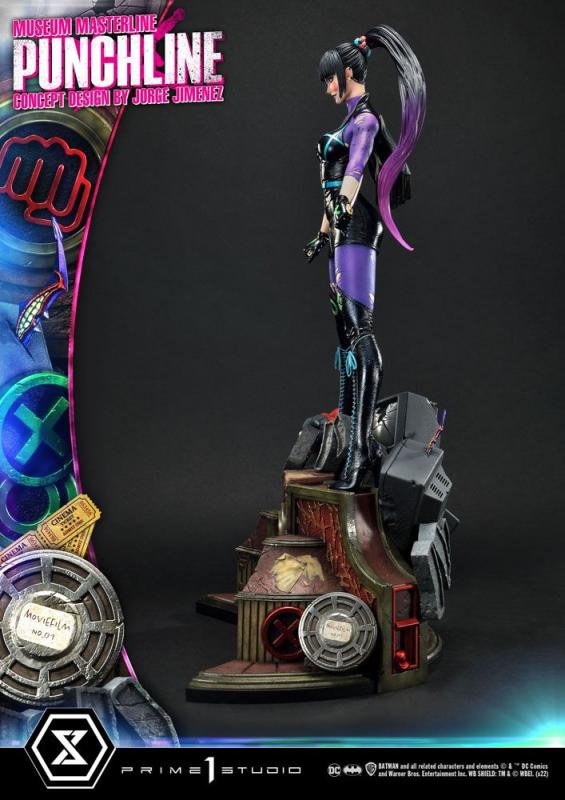 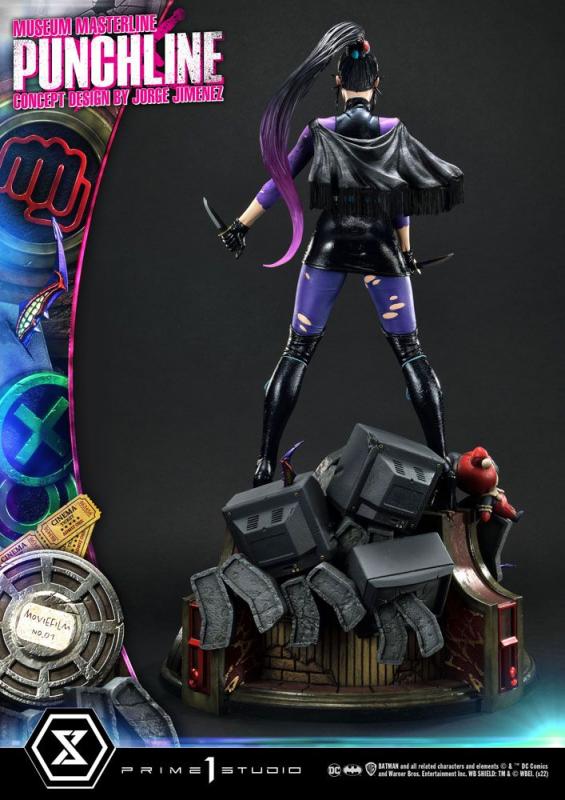 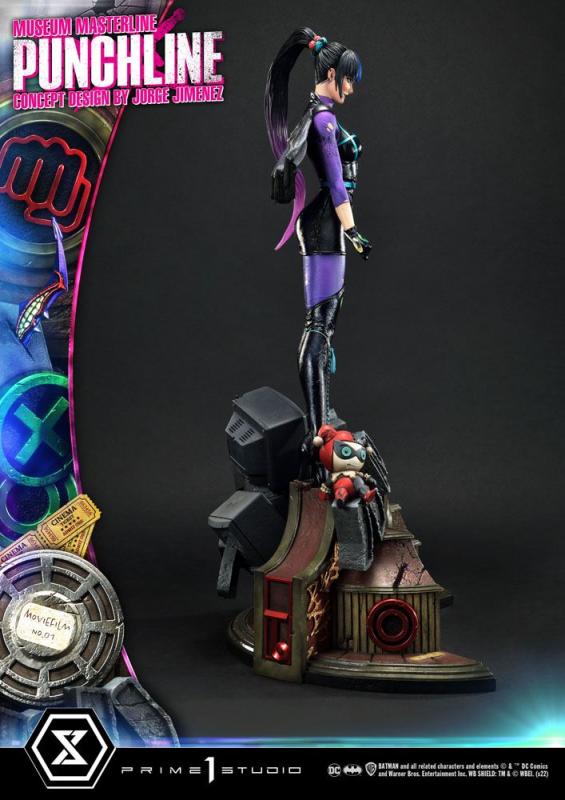 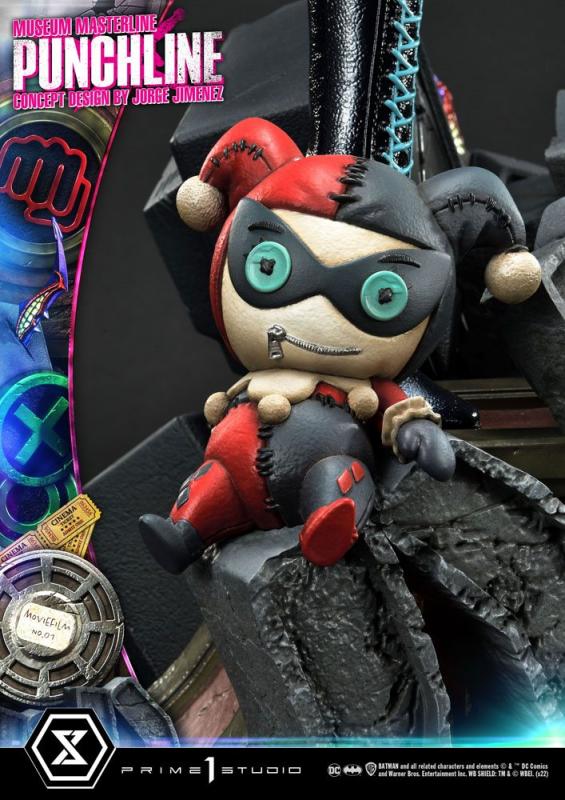 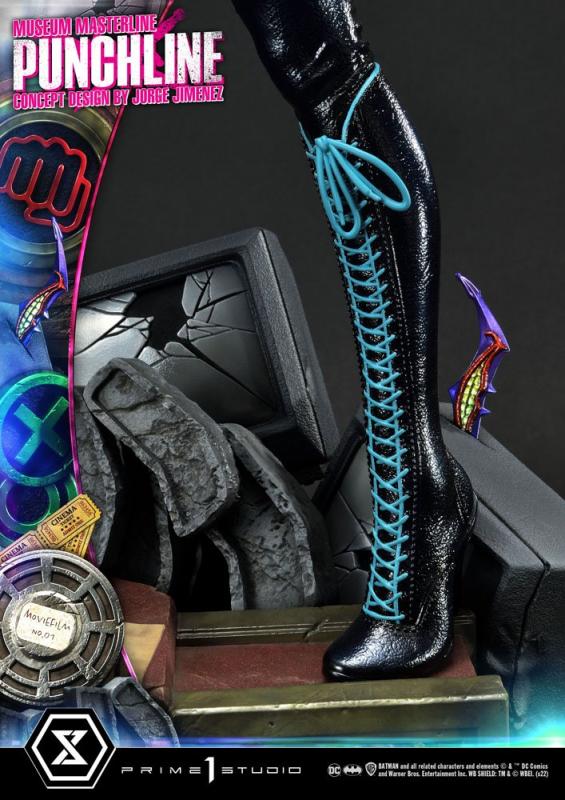 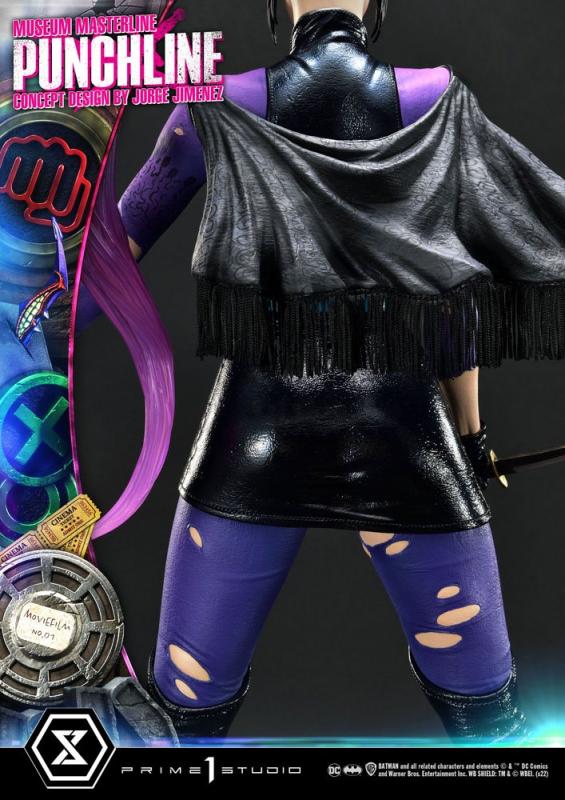 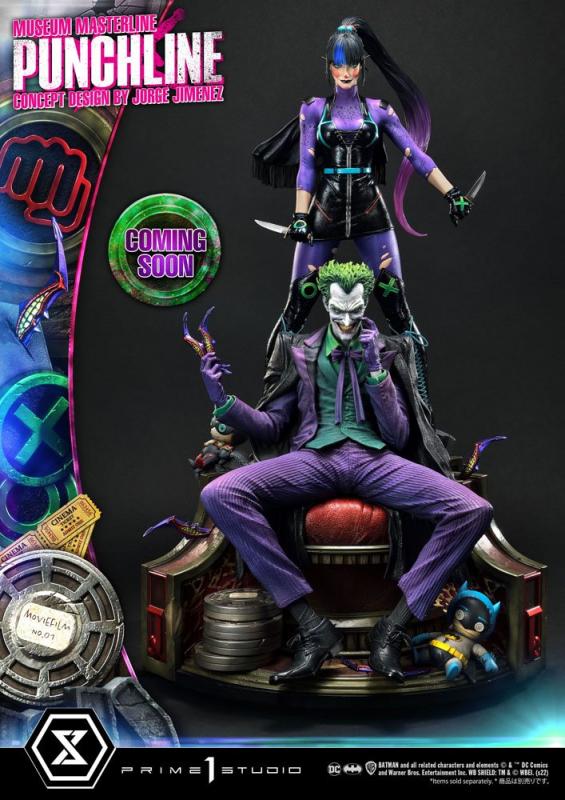 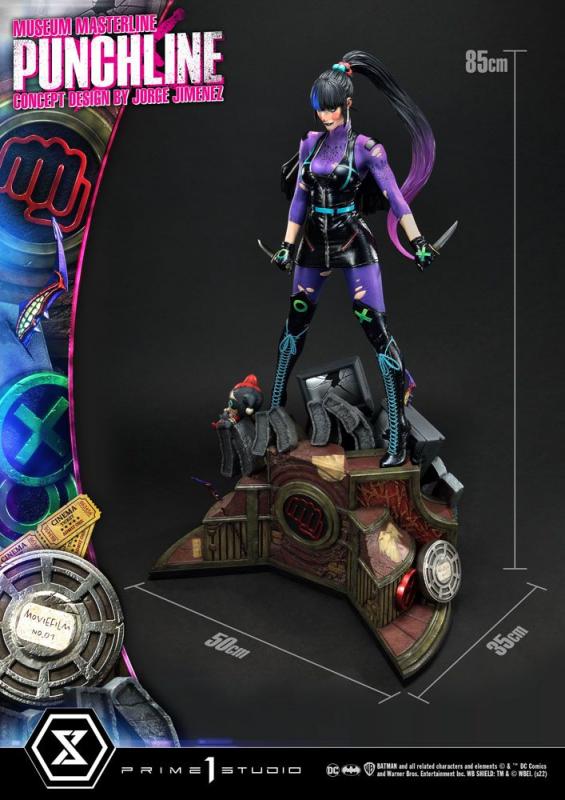 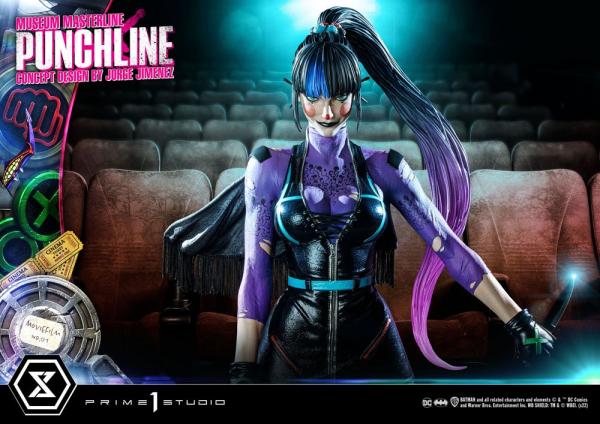 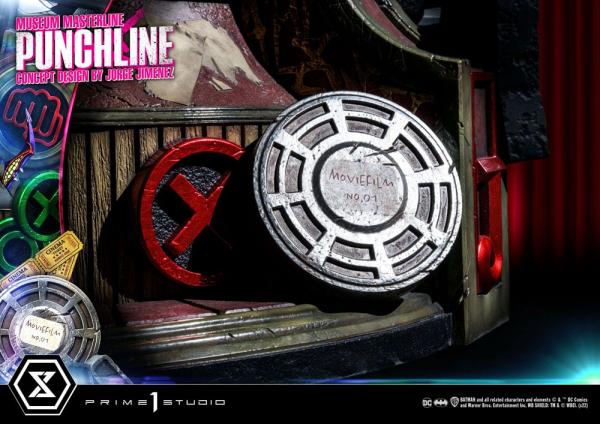 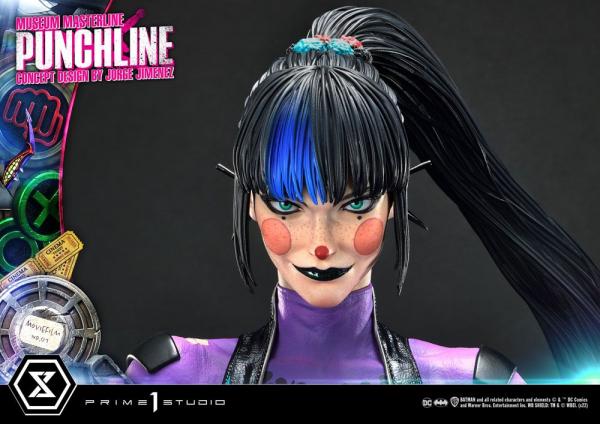 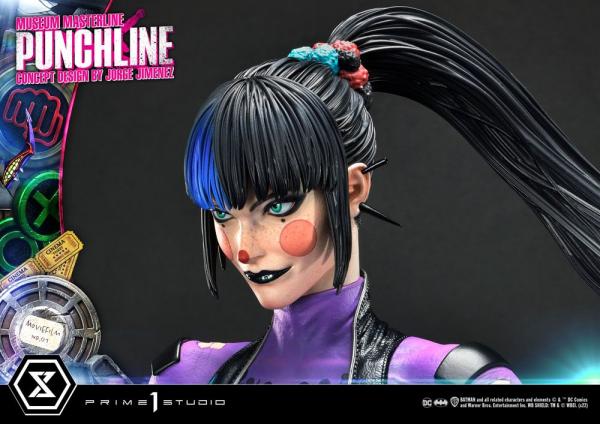 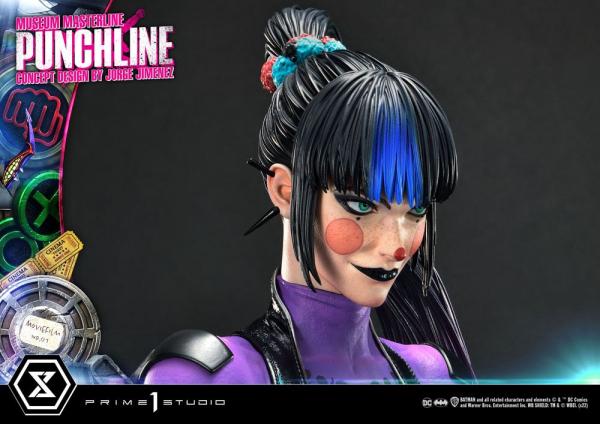 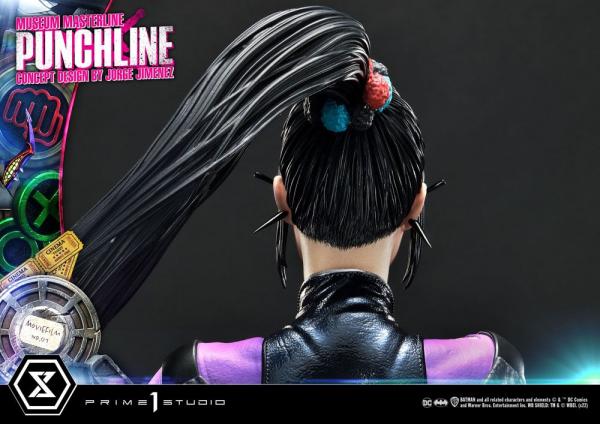 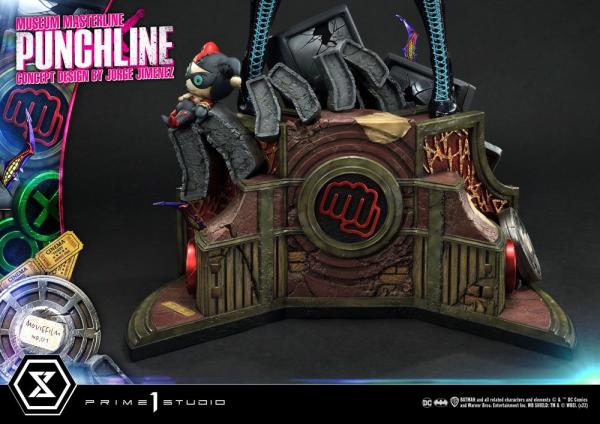 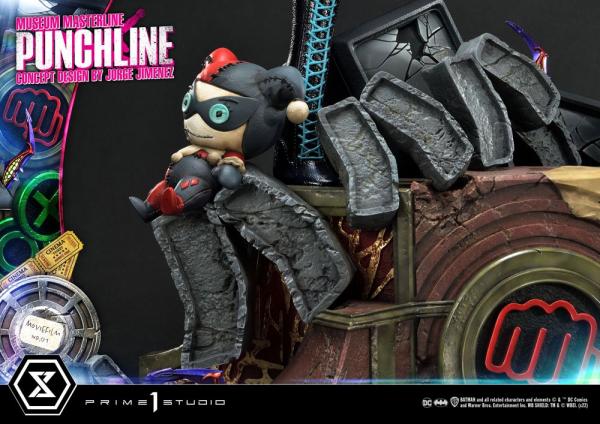 "If you two are the jokes, and trust me, I've been watching you. You *are* the jokes...Then I'm the Punchline. I'm where you end."

Billed as the "Anti-Harley Quinn", Punchline has captivated the hearts and imaginations of Batman comics fans everywhere! Punchline is as beautiful as she is every bit lethal. She plays...but she doesn't play...as the Batman and his colleagues eventually find out!

The incredible artists at Prime 1 Studio took the greatest time and effort to study Jorge Jimenez's concept of Punchline so that they could replicate his art style in statue form. Take one look at this ravishing statue, and you will agree!

Punchline has a playful look to her, but don't let that fool you. She is both dangerous and determined. And The Studio's sculptors have made certain to capture these looks in her beautiful face. Our adept painters have also followed Jorge's inspired choice of colors and applied them to Punchline's head, face, and clothing. Her bolt of blue hair and her swath of purple are perfectly contrasted against the rest of her head. Her tight-fitting purple top a bright backdrop to her slick and glossy dress. Jorge wanted to show Punchline as a force to reckon with, so she is posed with two knives, as if ready to cut the next person who speaks ill of The Joker.

This magnificent and deadly beauty stands on top of a Joker Hideout-themed base, complete with numerous small touches that provide a fuller storytelling experience. Look closely, and you will see film reels, TVs, and even a familiar Cutie1 doll of someone we all know and love.

Fans of Jorge Jimenez will no doubt flock to Order this deadly damsel. Everyone will want to snap this up as soon as it's available! 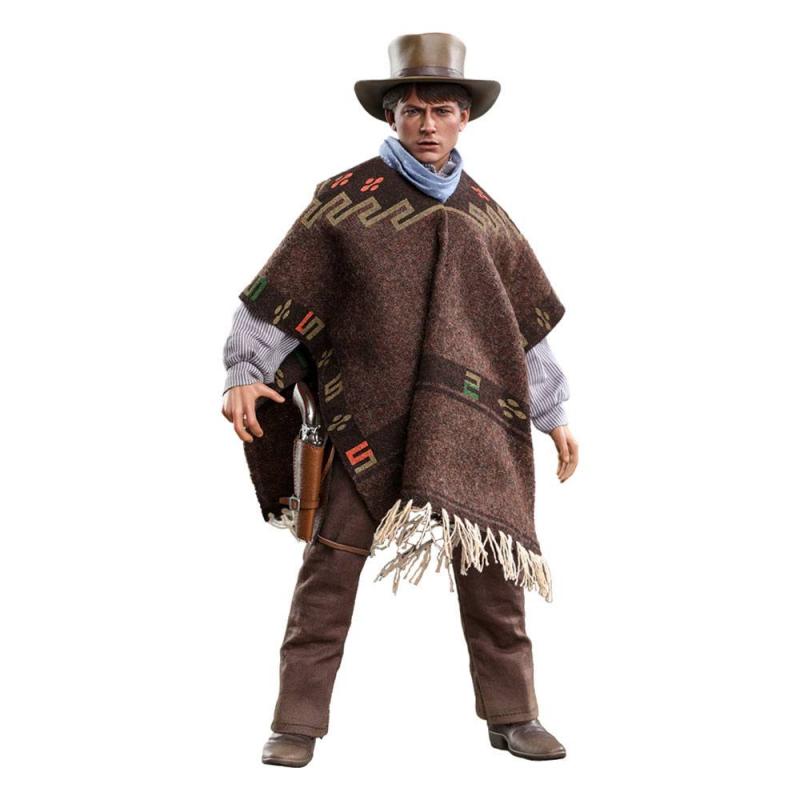 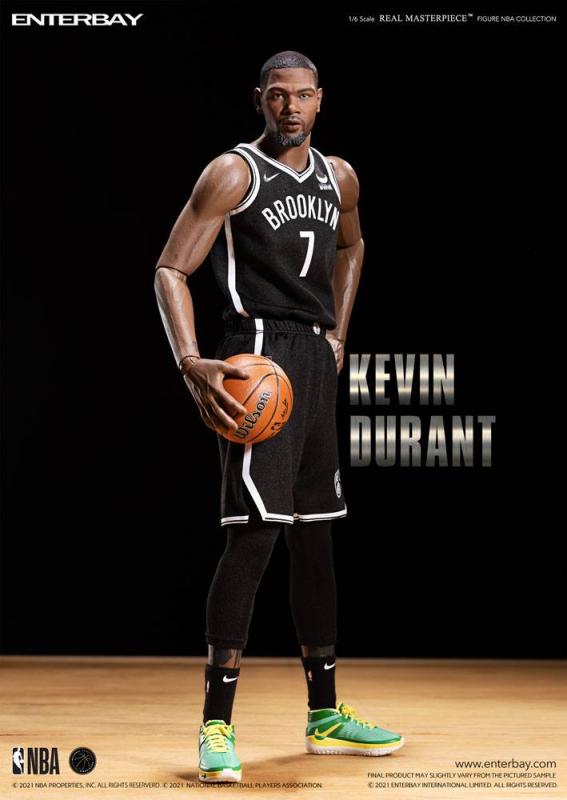 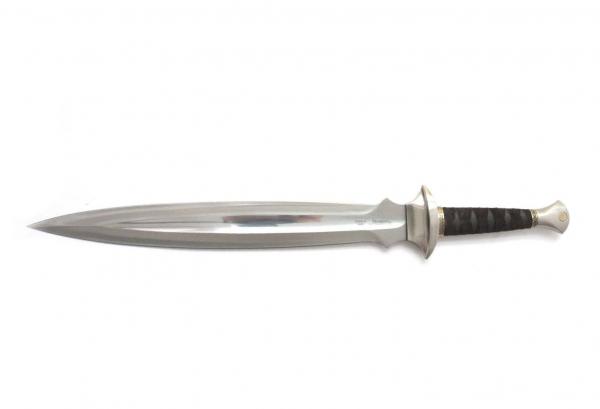 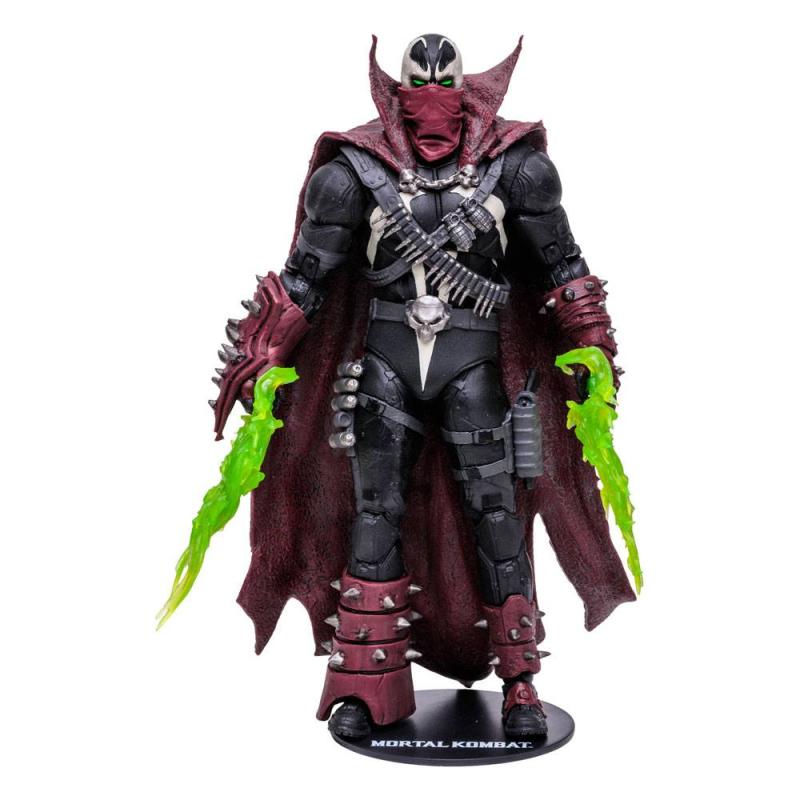 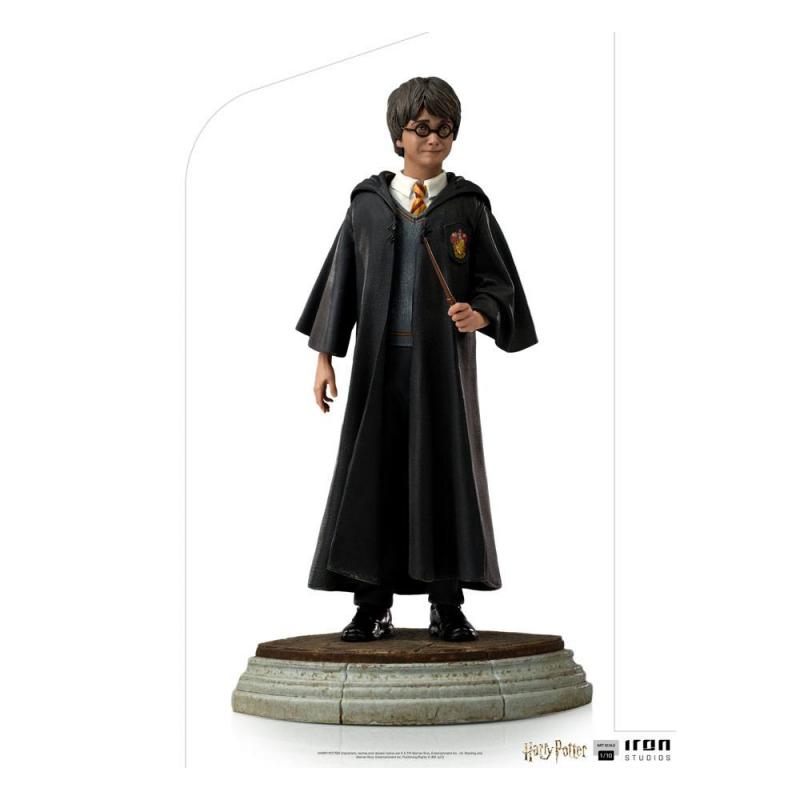 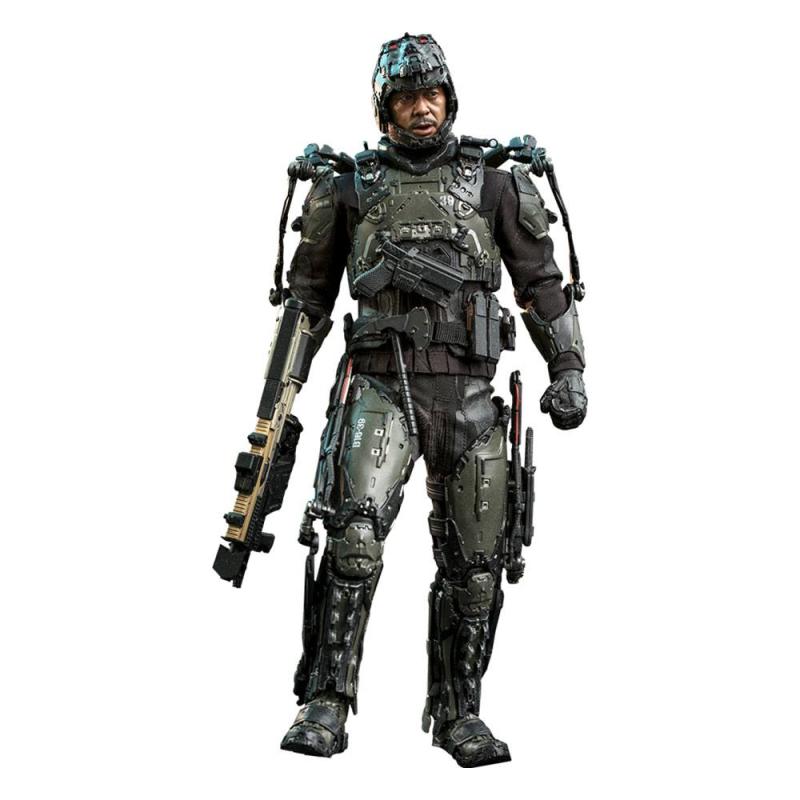