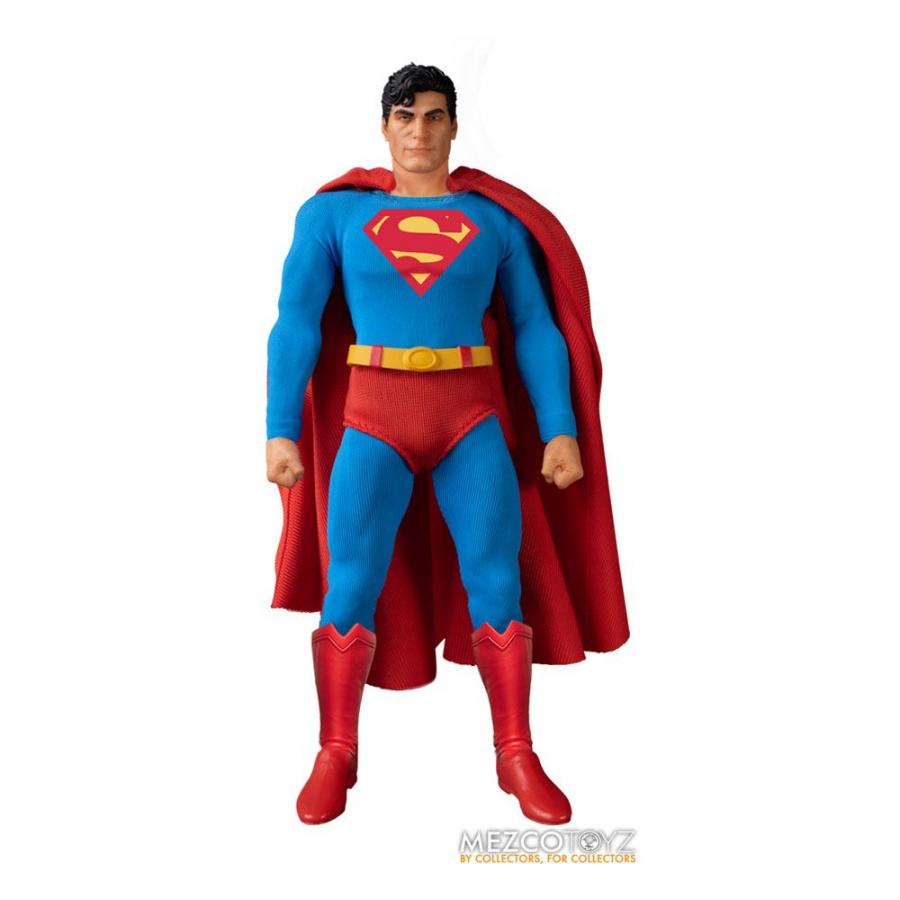 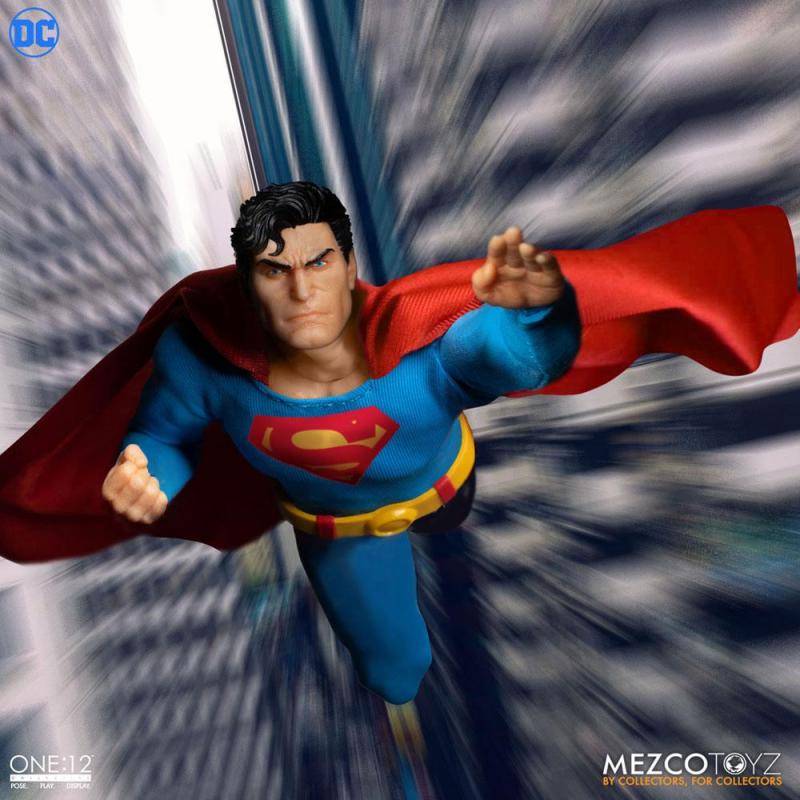 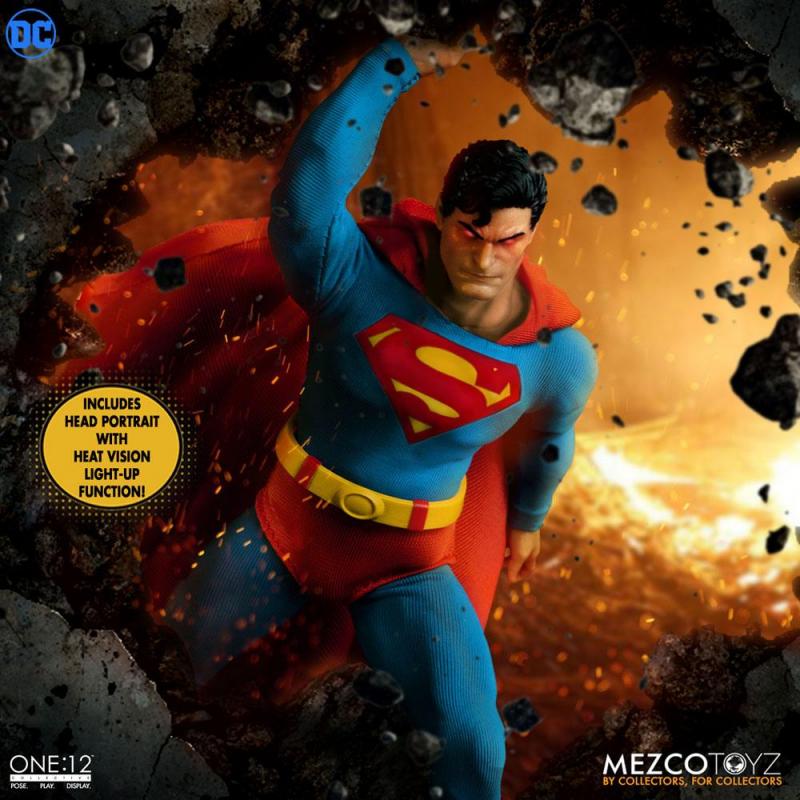 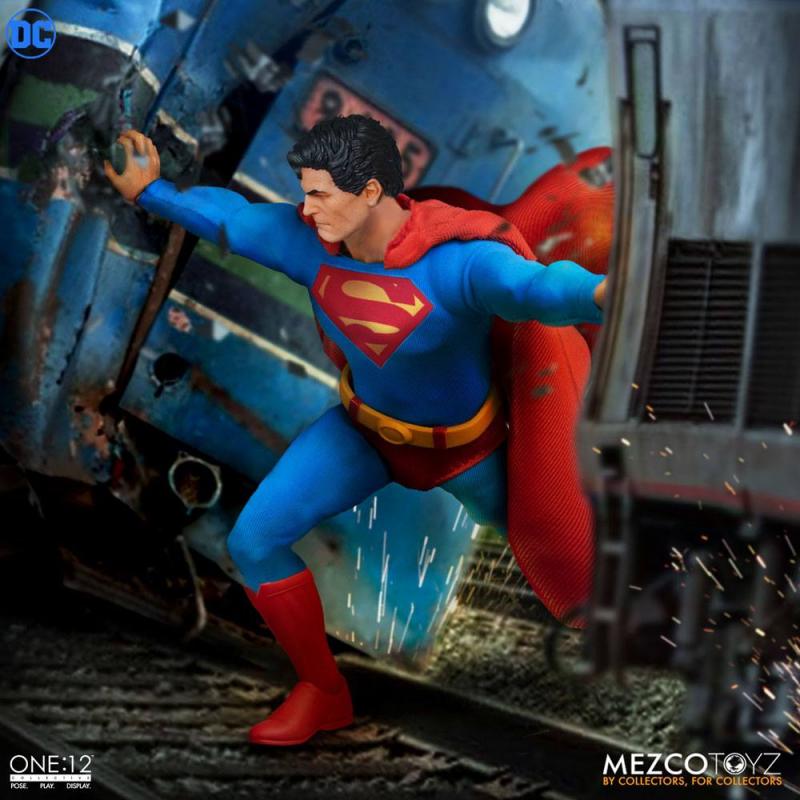 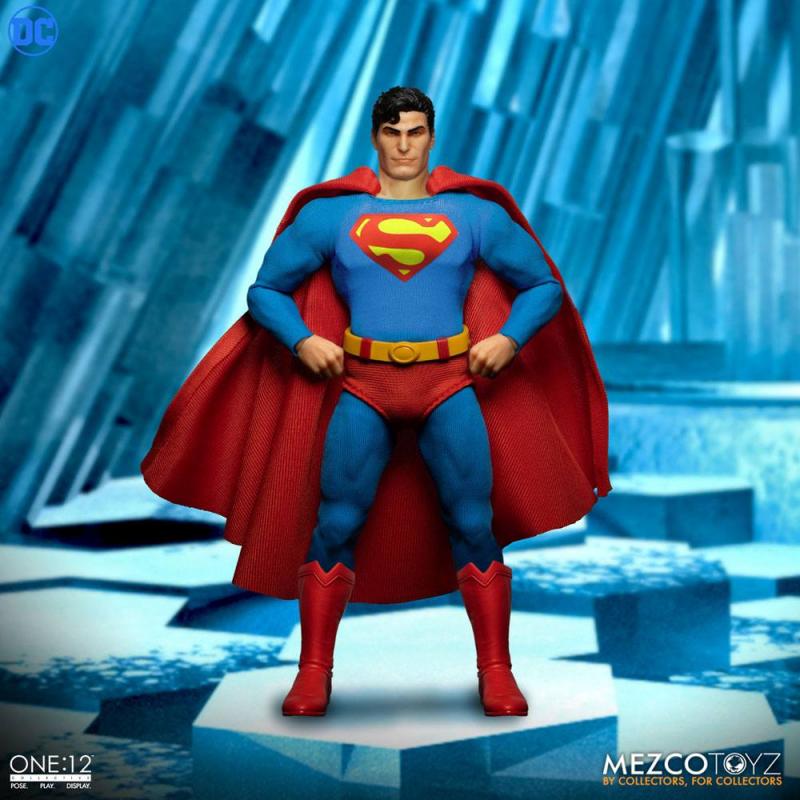 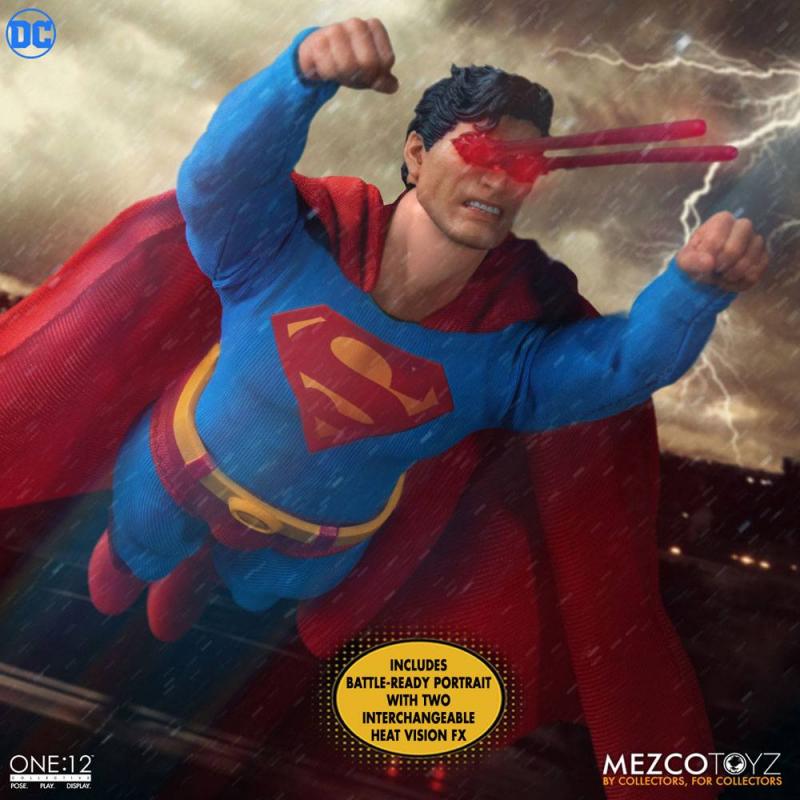 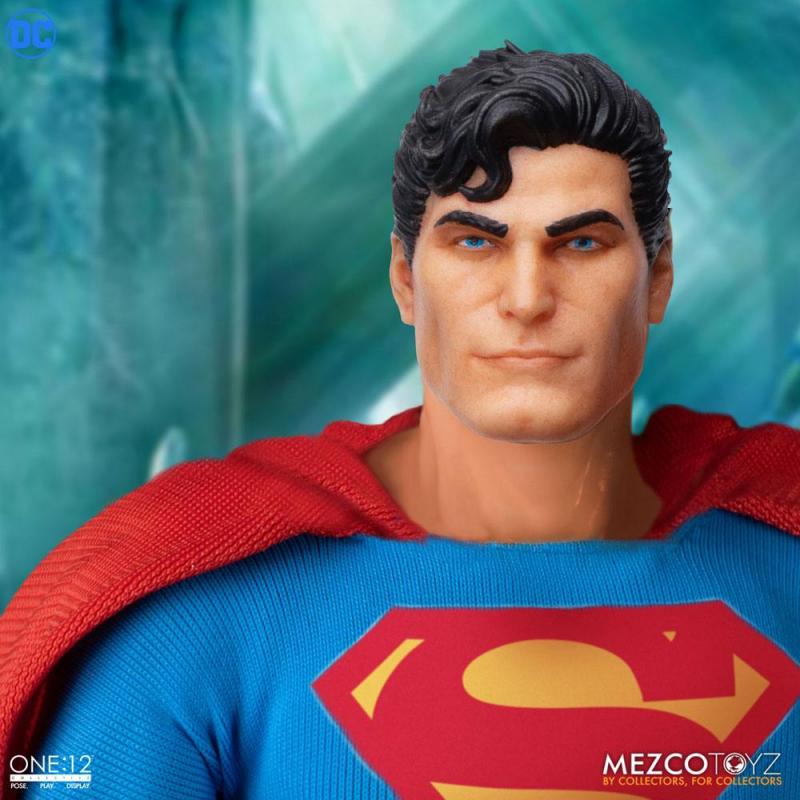 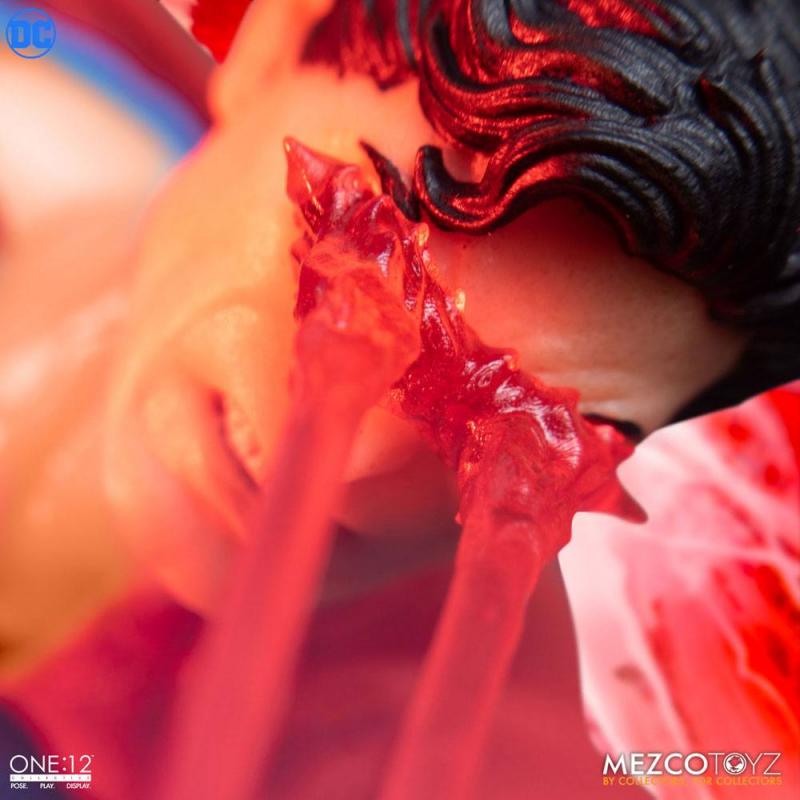 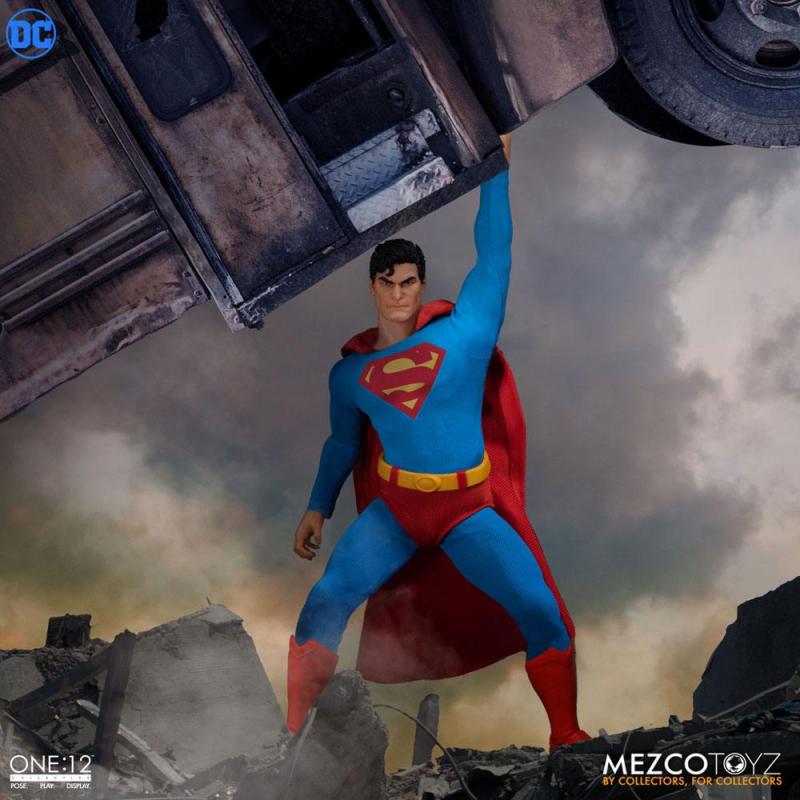 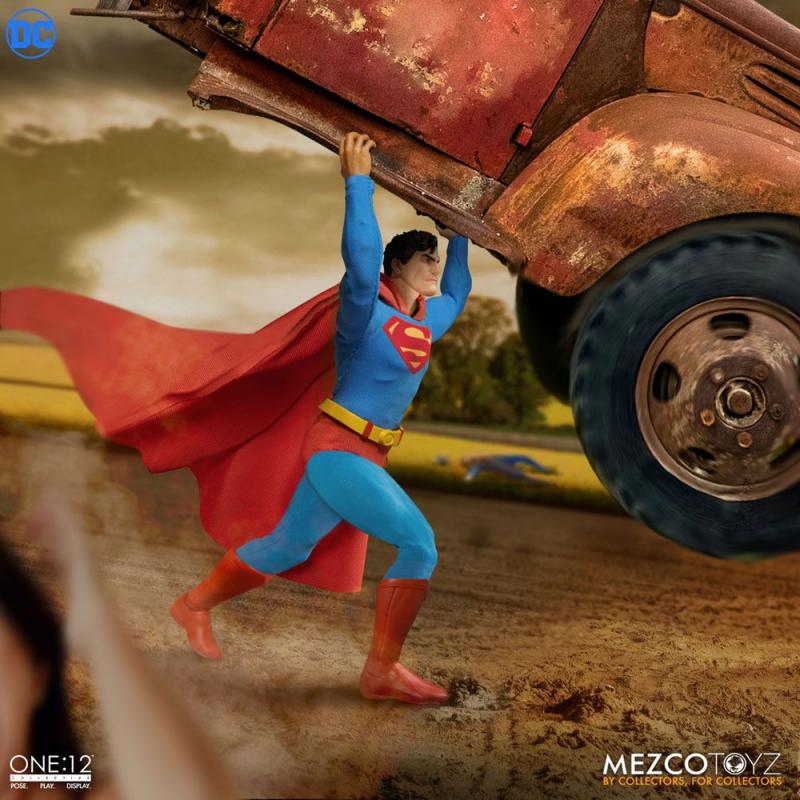 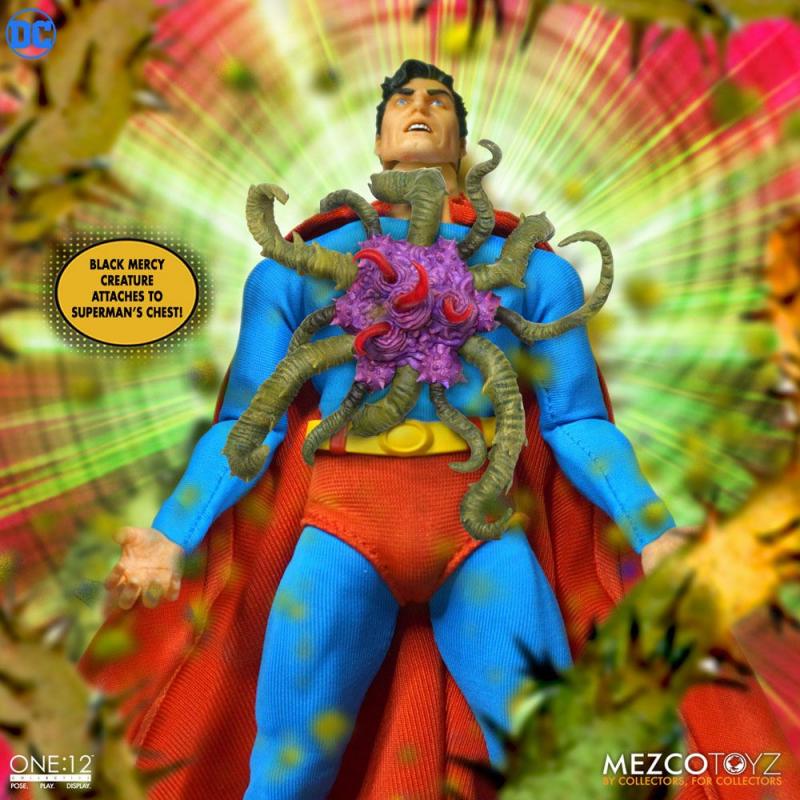 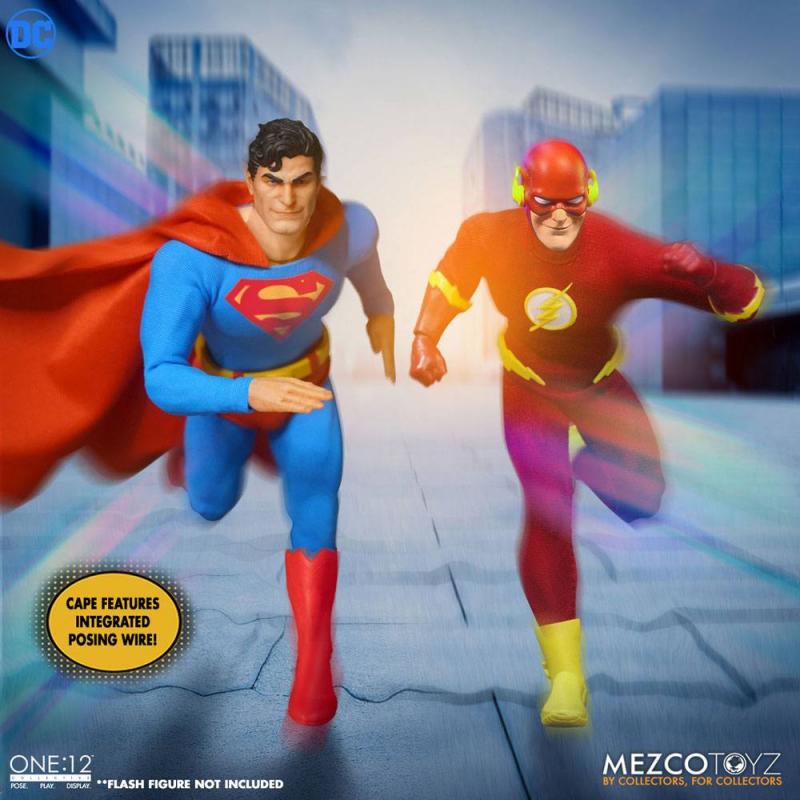 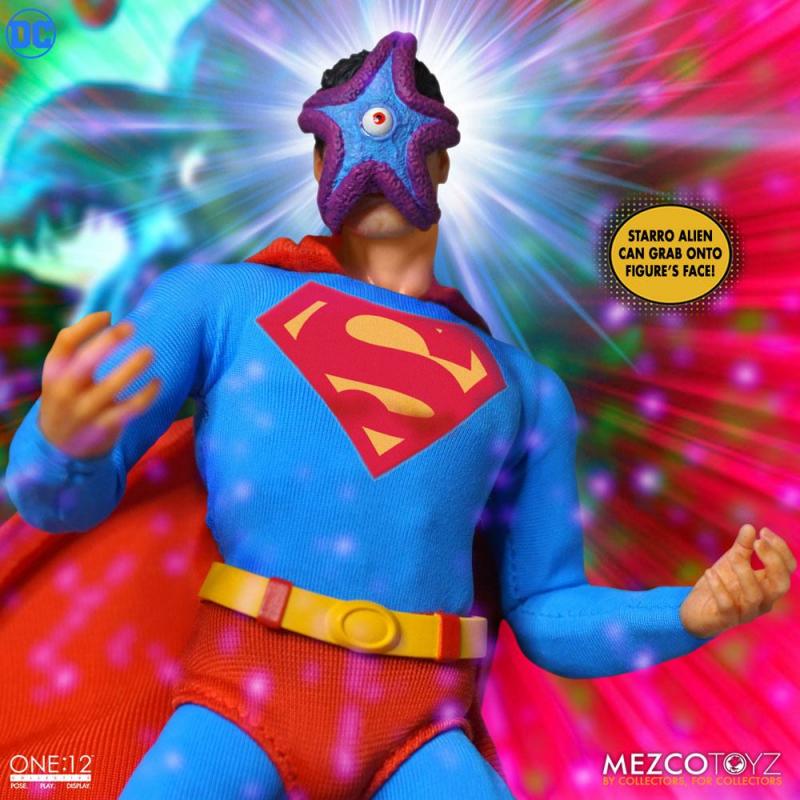 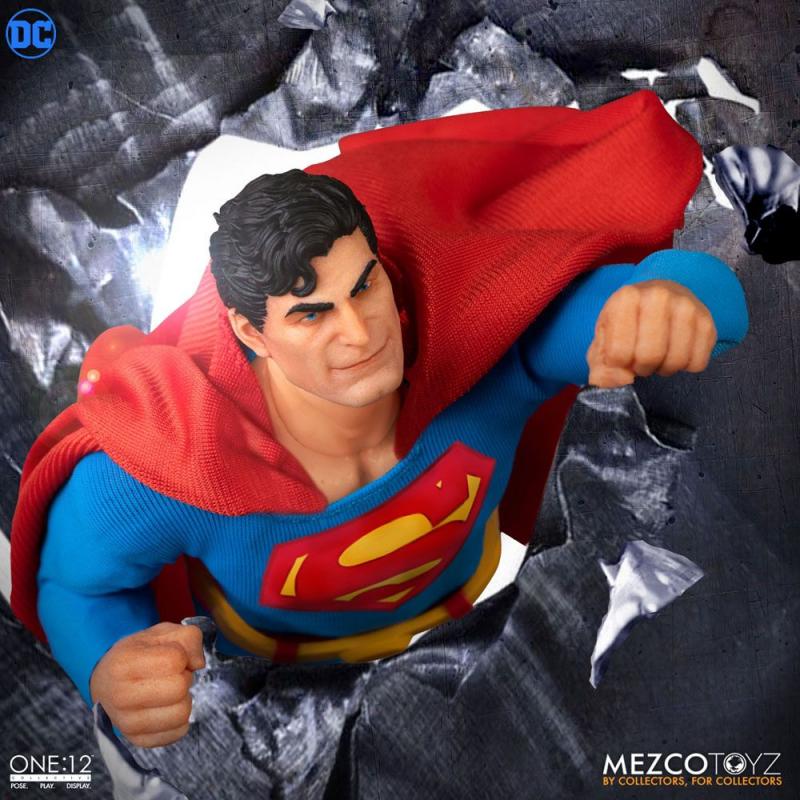 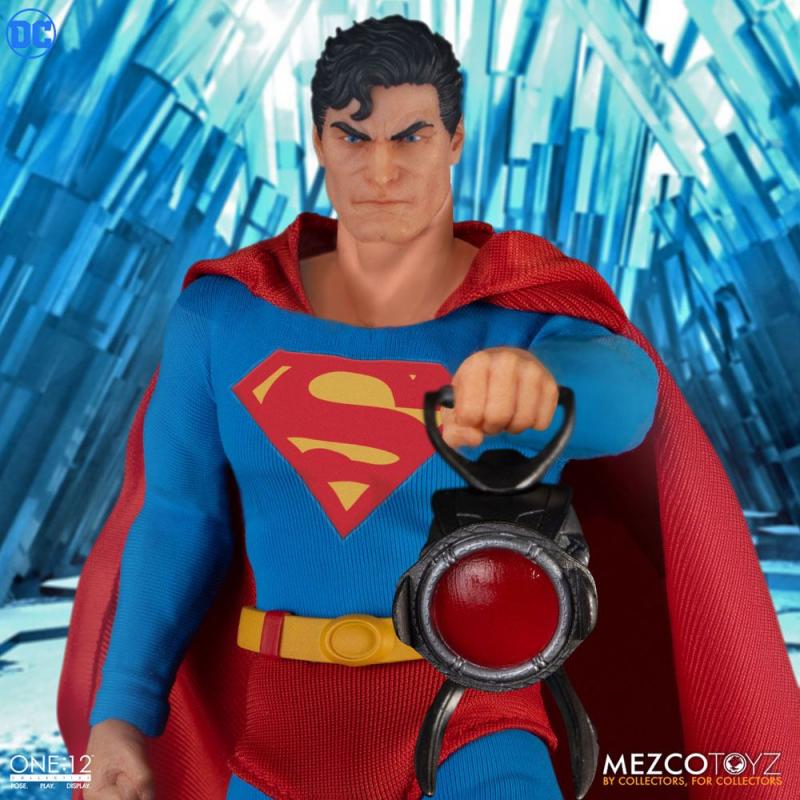 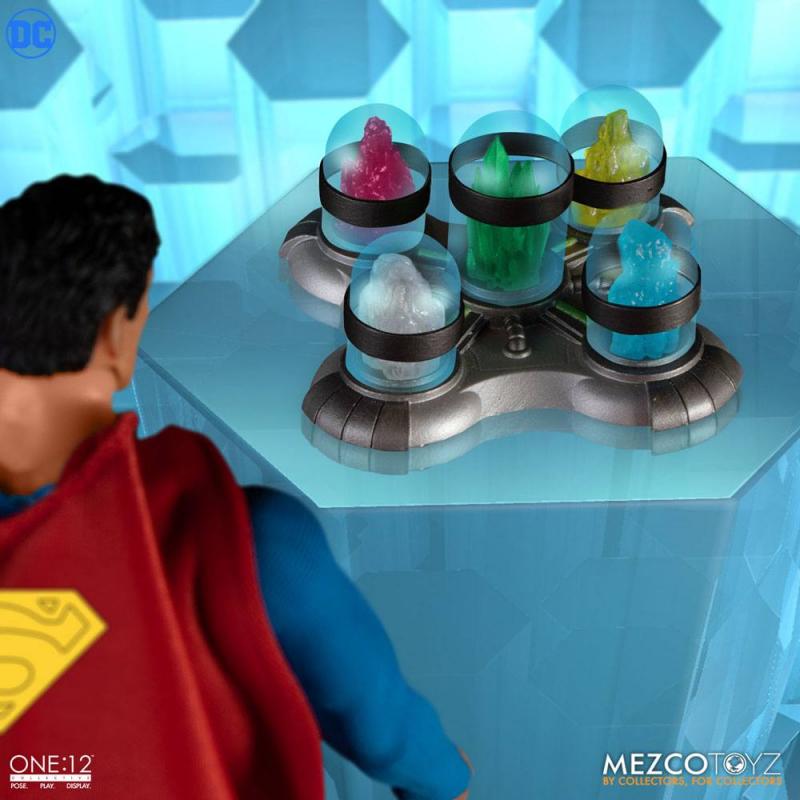 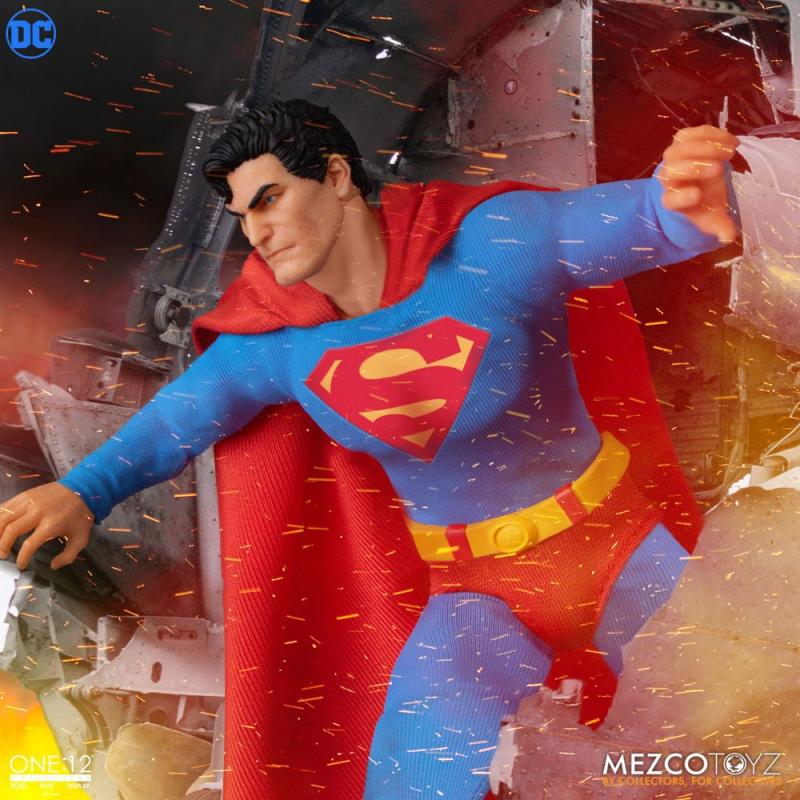 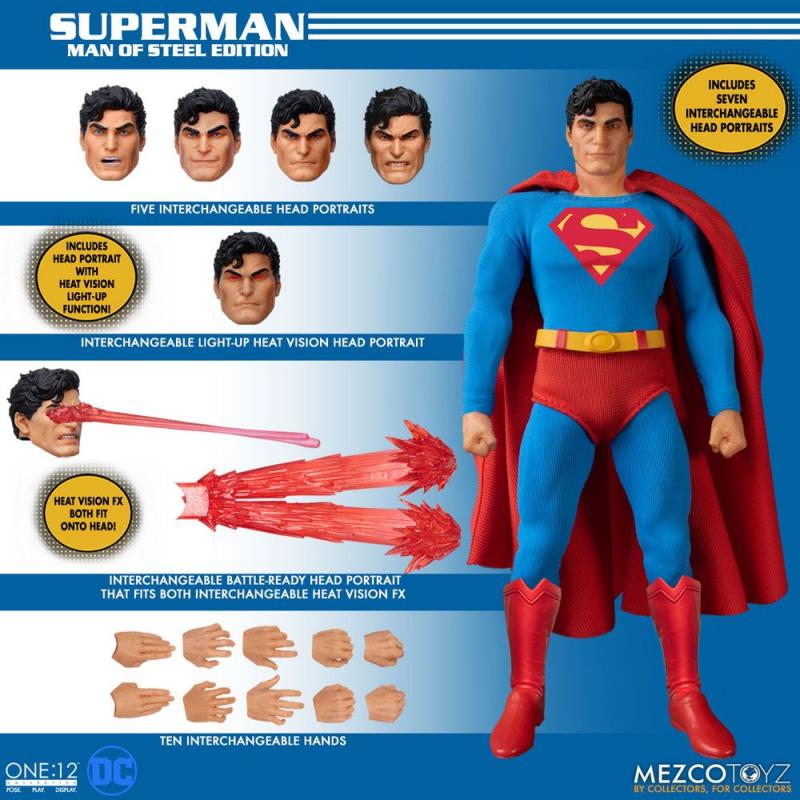 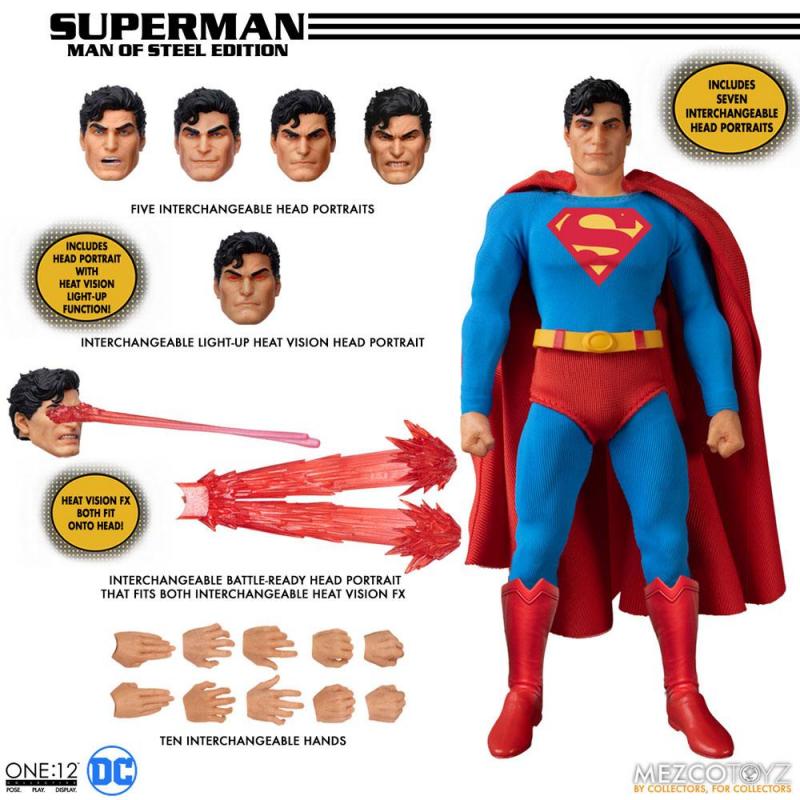 "There is a superhero in all of us, we just need the courage to put on the cape."

Faster than a speeding bullet, more powerful than a locomotive... The Man of Steel soars into the One:12 Collective!

The One:12 Collective Superman: Man of Steel Edition is outfitted in his iconic suit which proudly displays the 'House of El' family crest and features a cape with an integrated posing wire. He comes with seven head portraits including a light-up heat vision portrait.

Superman is prepared to exact swift justice on enemies like Starro - the mind-controlling, intergalactic starfish which attaches to most One:12 Collective heads, and also Black Mercy - a parasitic alien plant with posable tentacles.

Having developed powers far beyond those of mortal men and imbued with a strong moral compass, Clark Kent takes up the fight for truth and justice as Superman. 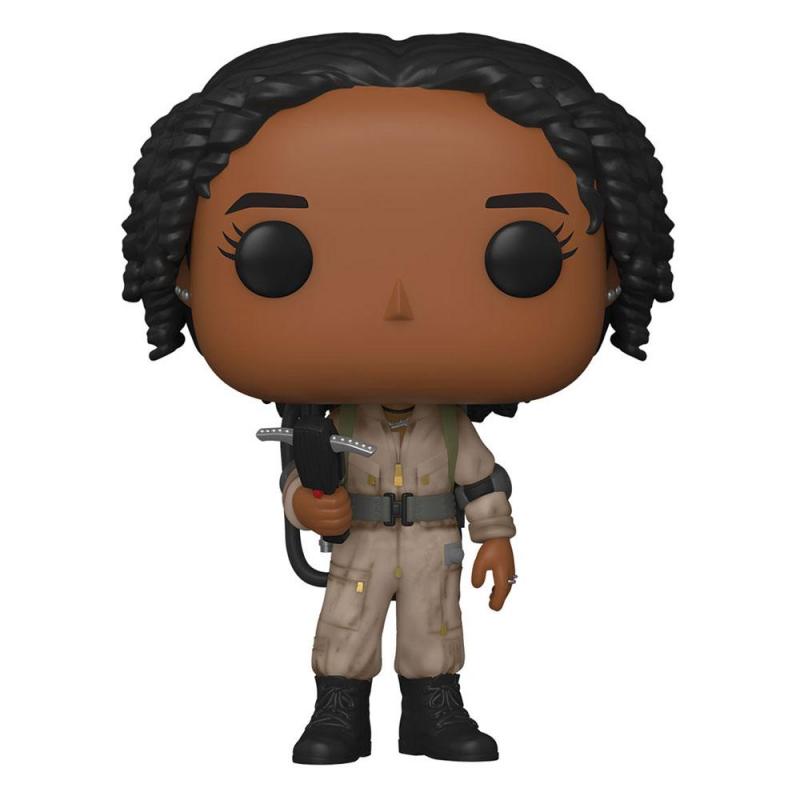 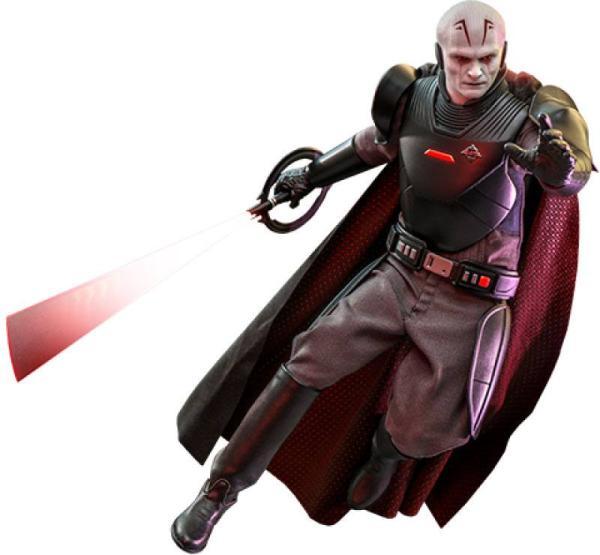 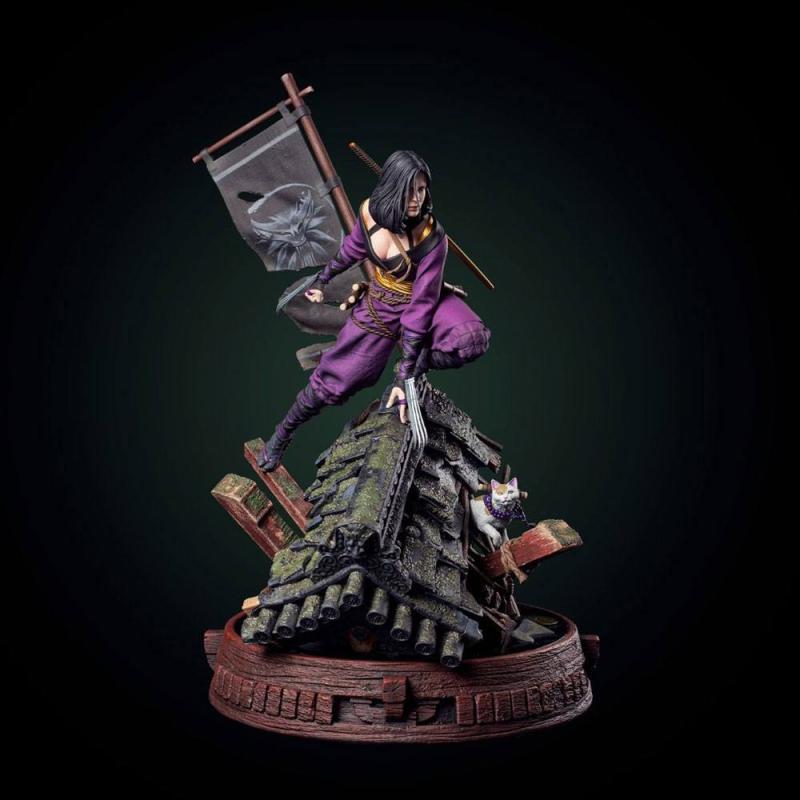 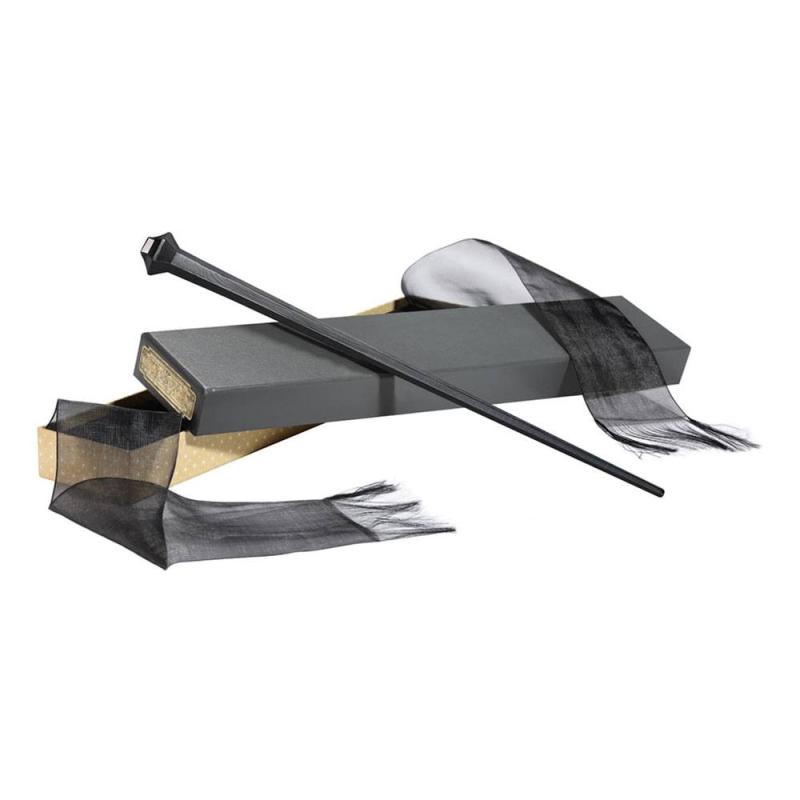