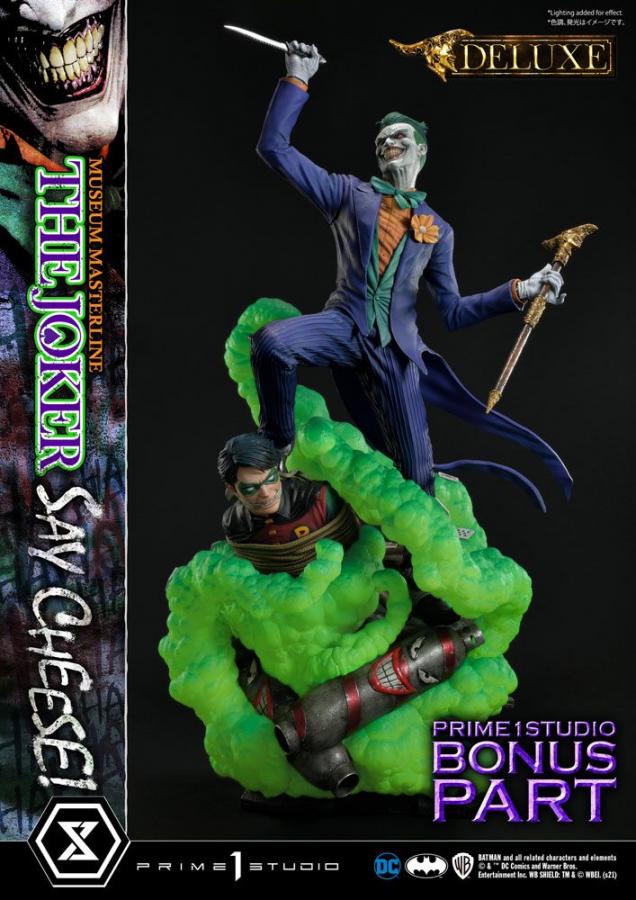 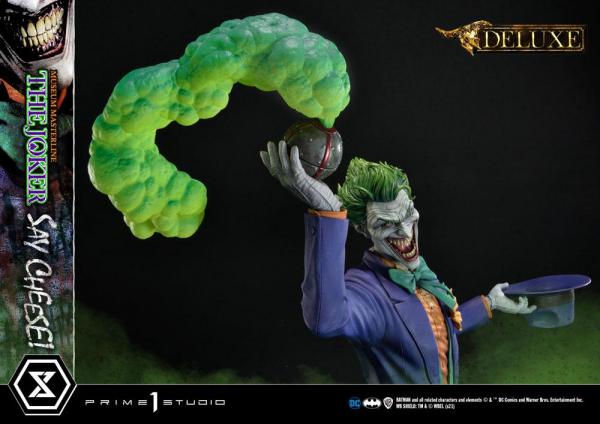 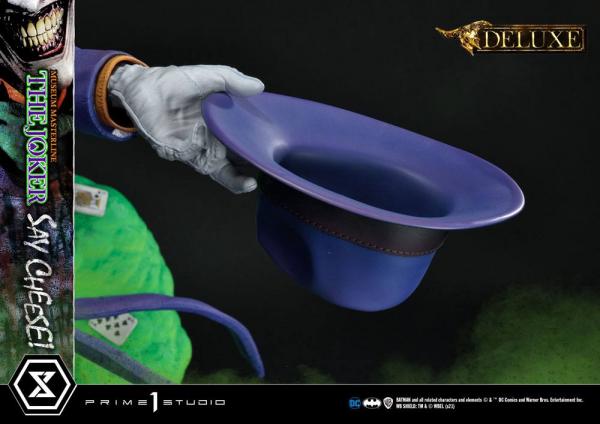 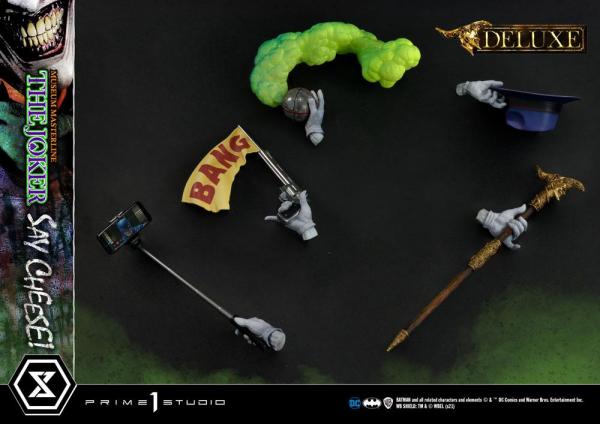 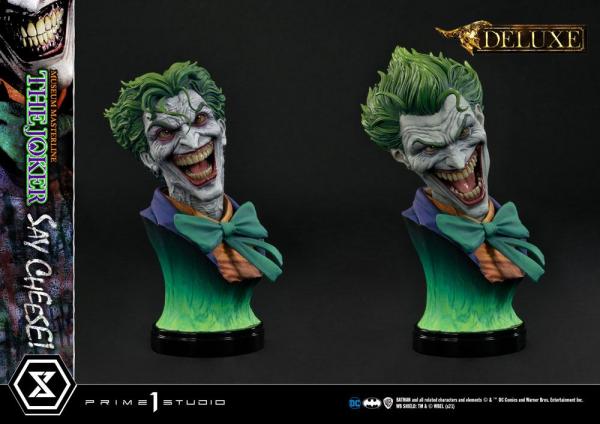 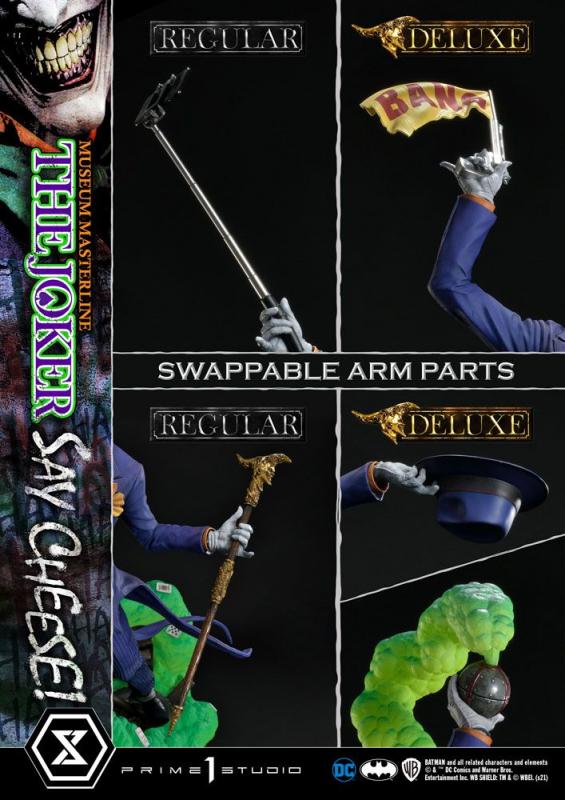 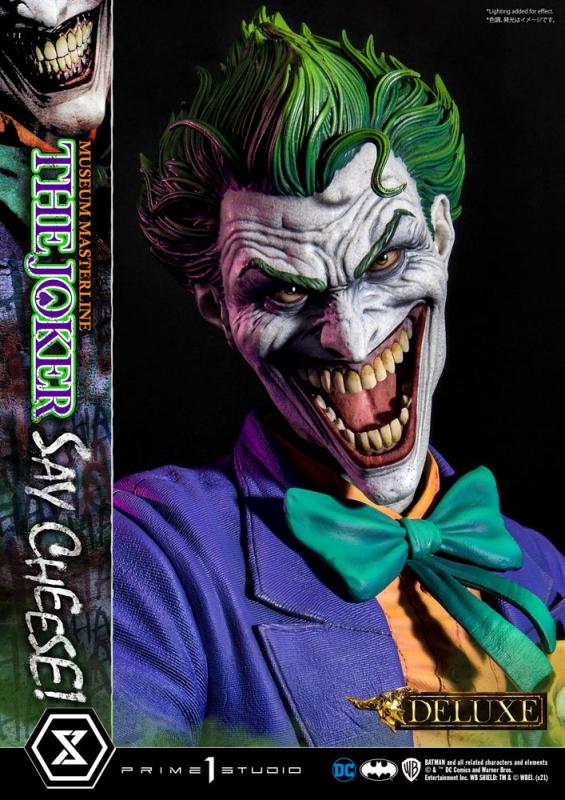 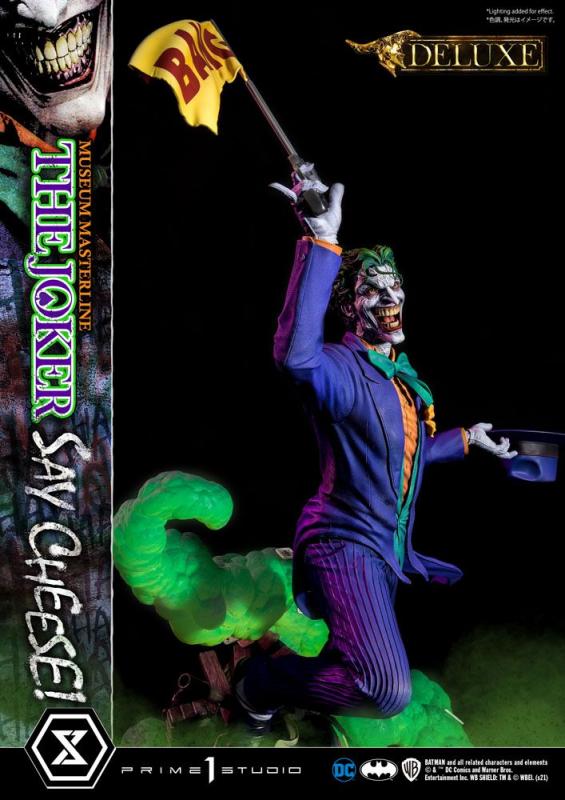 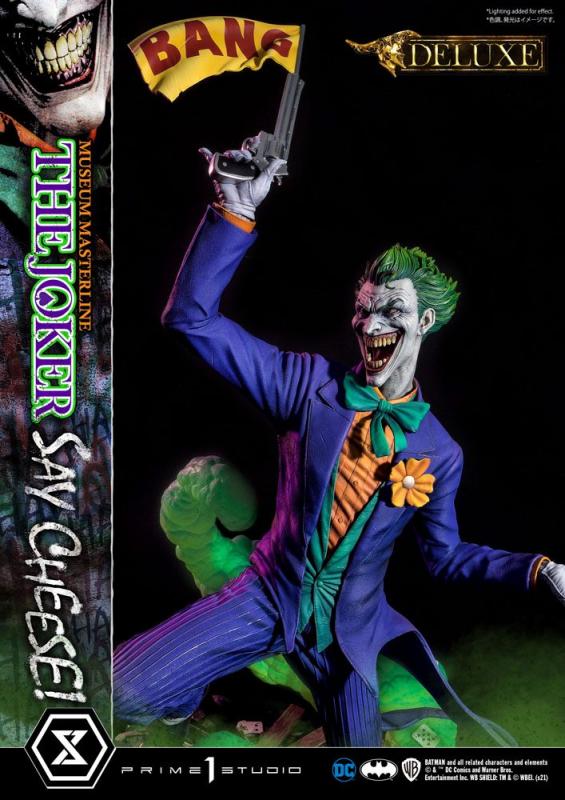 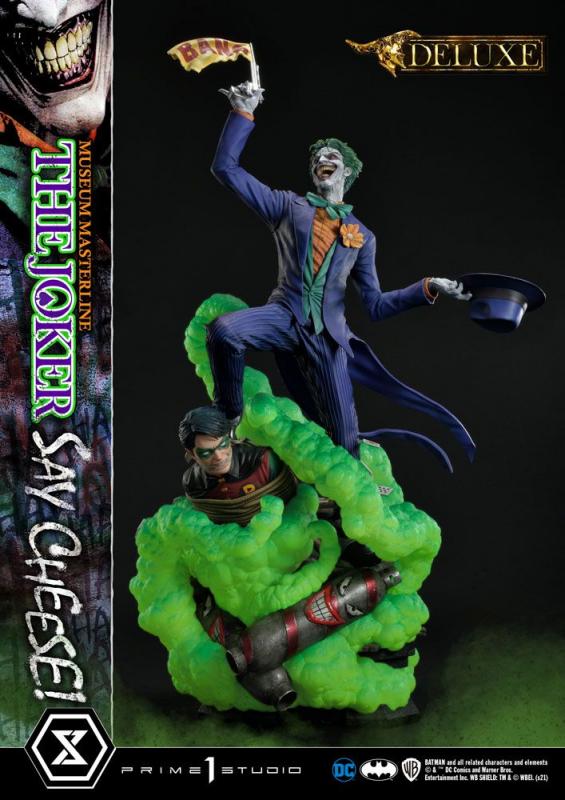 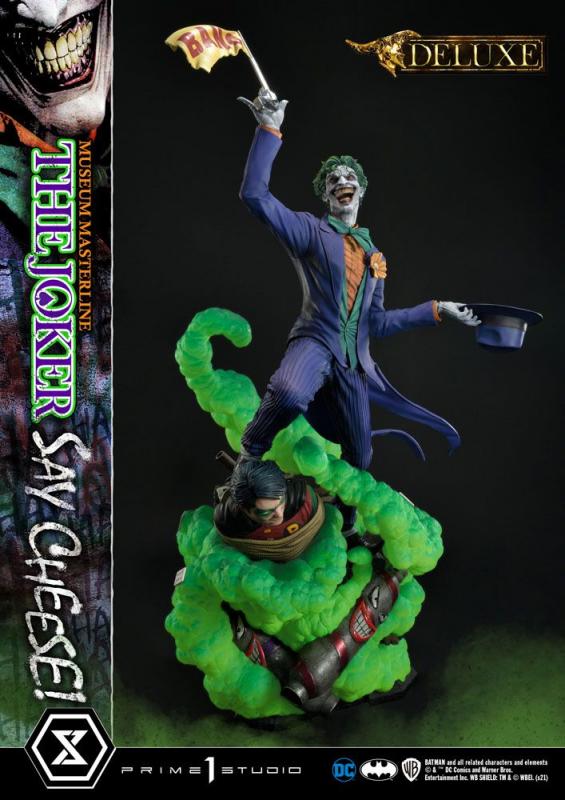 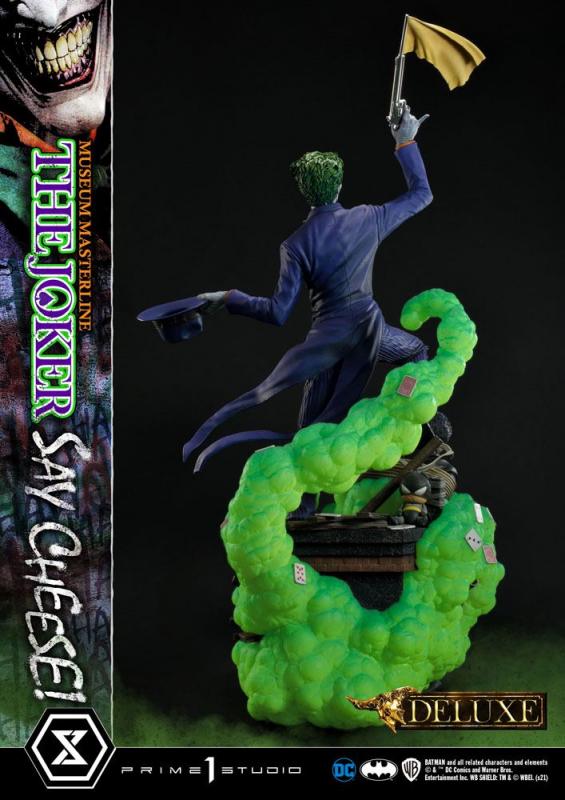 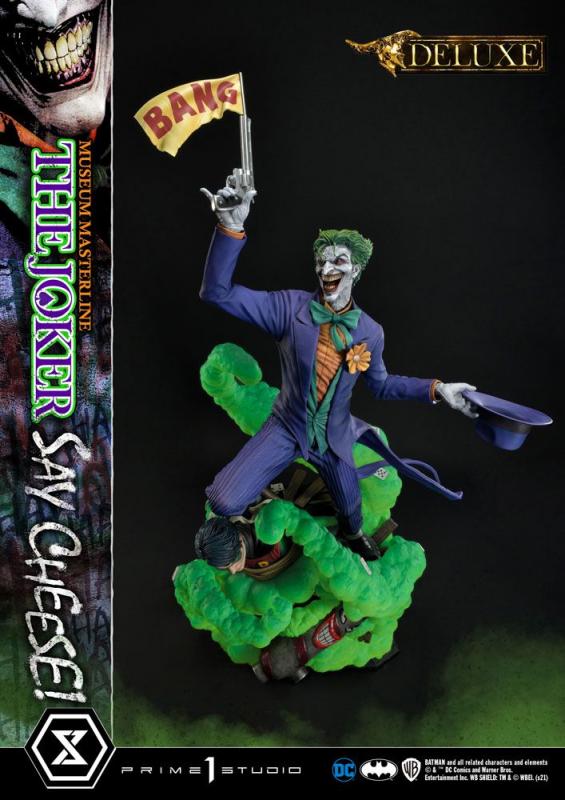 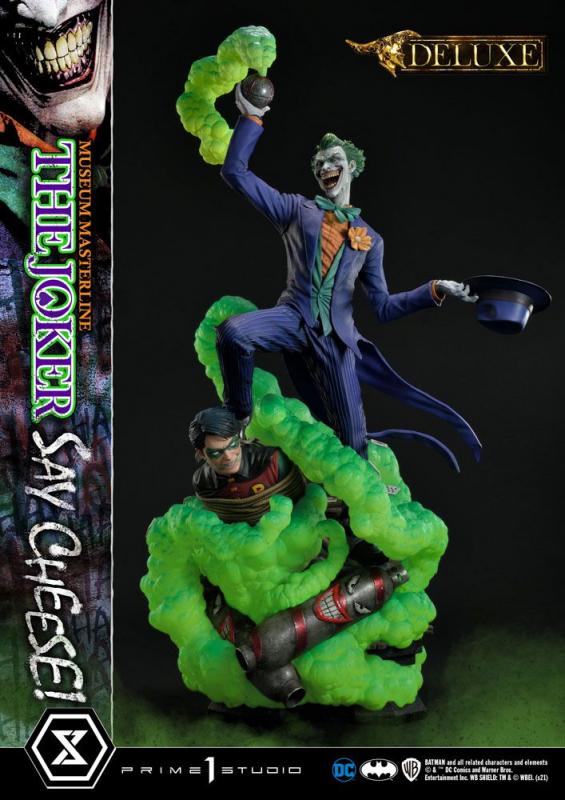 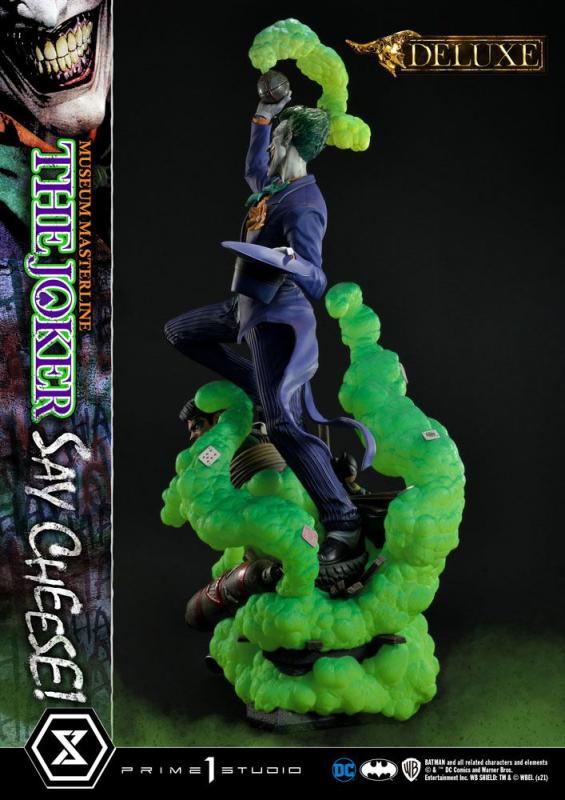 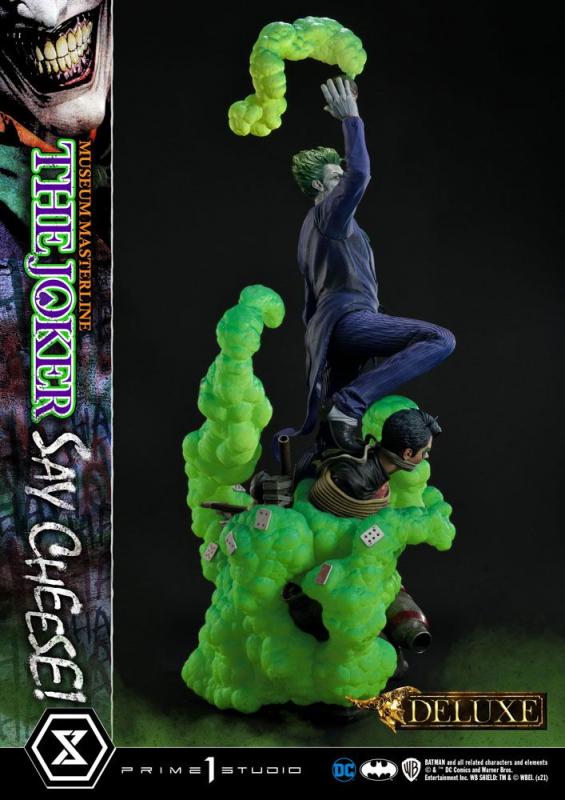 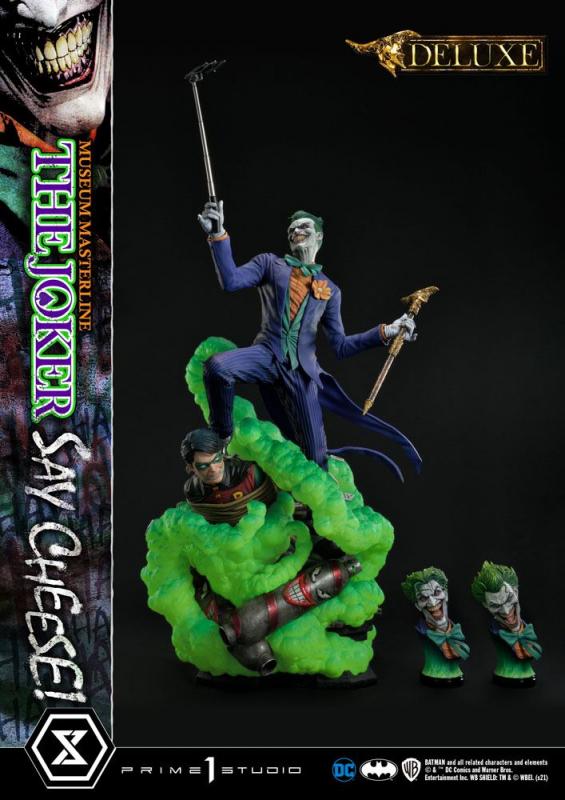 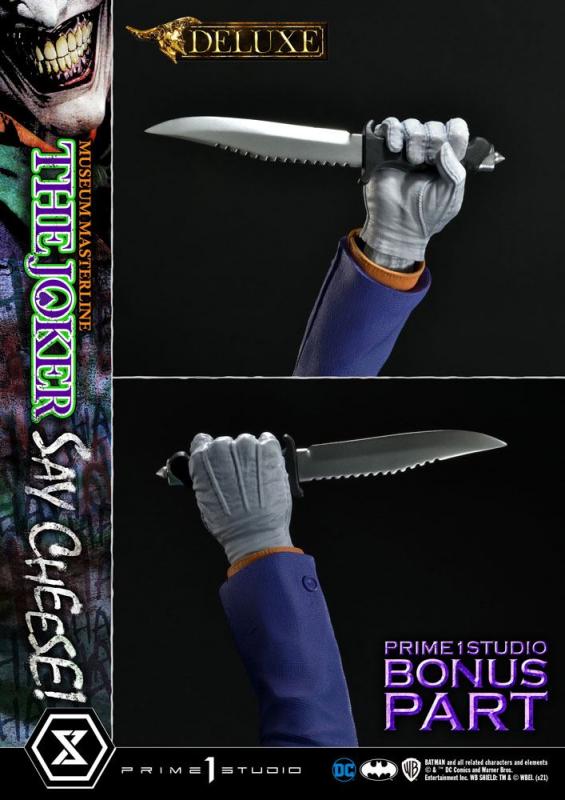 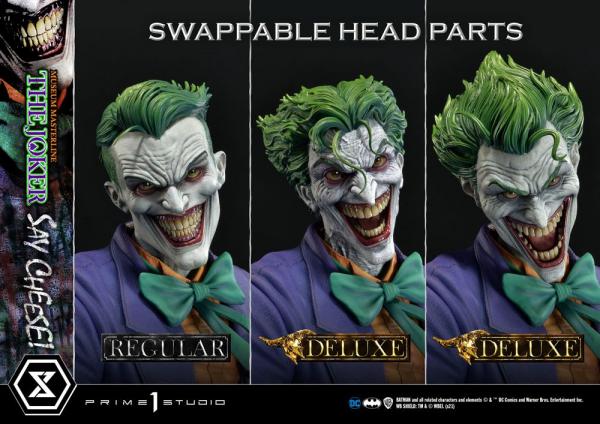 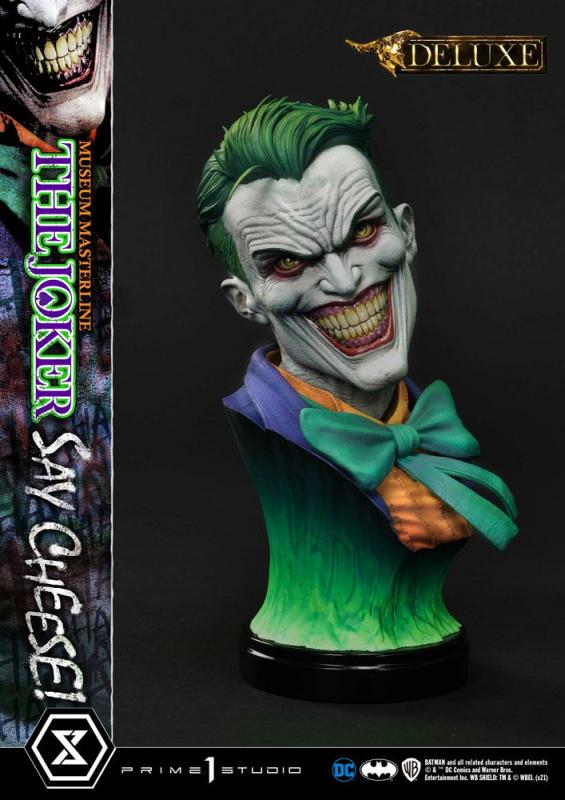 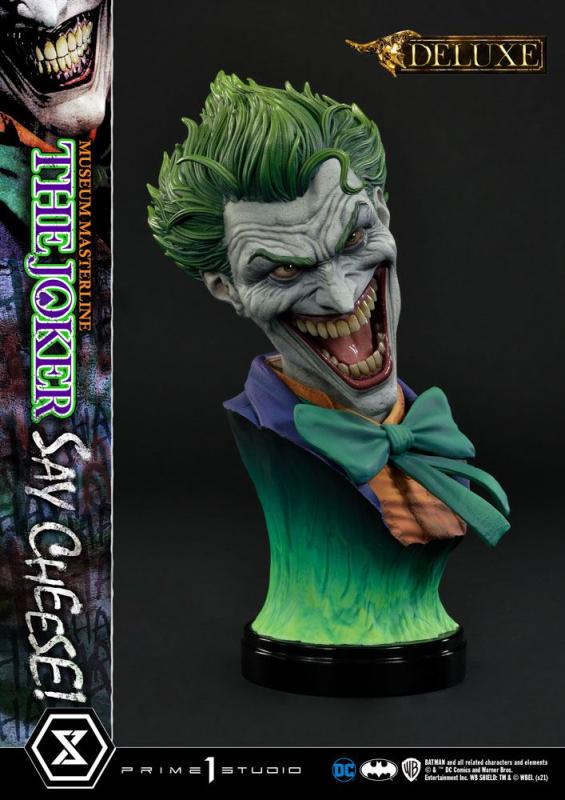 Prime 1 Studio is always proud to present the Clown Prince of Crime in our Museum Masterline DC Series, so today, we present our top-of-the-line 1/3 Scale The Joker "Say Cheese" Statue!

Perhaps the best thing about The Joker is his immediate recognizability as Batman's preeminent arch-nemesis and opposite number. He's an unparalleled DC super-villain who can hold his own against not only The Dark Knight Detective, but also gods, monsters, and other super villains!

And that's why, to celebrate the multitude of ways The Joker is the best super villain ever, Prime 1 Studio offers you, our loyal DC fans, his most expressive statue to date! In the 39 inches tall "Say Cheese", we find that The Joker has gotten the drop on Robin and bound him tightly! And right as the Ace of Knaves releases an aerosolized version of his toxic Joker Venom, which threatens to suffocate the Boy Wonder, The Joker chooses this exact moment to call The Caped Crusader and taunt him! The Joker truly possesses a warped mind!

Prime 1 Studio artists worked together to fully realize the Harlequin of Hate at the top of his game. We have sculpted The Joker's suit to impeccable exactness, crafting the perfect wrinkles, pleats, seams, and textures to reveal that his style is as important as his substance. The Joker's grimace carries the fatal malice in his heart as he stares face to face with Batman. We've made sure to take our comic book references seriously and sculpt the perfect hair, lines, and expression into The Joker's face. Our painters have been hard at work rendering this statue with the utmost heightened realism to bring you a dazzlingly colorful figure! The depth and volume of The Joker's face are subtly rendered with fine airbrushing, his suit is a powerful purple, which sets off the verdant greens of the rest of the statue.

In this Deluxe Version, you can swap out The Joker's selfie stick with two other right arms: an arm holding The Joker's famous BANG! Flag pistol, or an arm holding a Joker Grenade full of the same toxic Joker Venom gas! As for his left arm, feel free to switch from the finely detailed cane to the left arm holding the purple fedora that completes his stylish ensemble!

Best of all, the Deluxe Version includes in total three swappable portraits so that you can pick and choose what look The Joker will have. The many different heads call to mind the many styles that the malevolent mischief-maker has been drawn in. It really lends to The Joker's versatility as a full-fledged character! See if you can guess which comic book styles they were influenced by! And no matter what your choice is, you will have loads of fun trying on all the different heads and arms this Deluxe Version comes with.

Excitingly, if you purchase your The Joker "Say Cheese" statue from our Prime 1 Studio official online store. You will have access to this Deluxe Bonus Version which gets you not one, but two more swappable Right Arms: one Right Arm holding his famous Crowbar, and another Right Arm holding a Knife!

Last but not least, The Joker is standing on an imperiled Robin, as Joker Venom gas is quickly enveloping him. Not a mere throwaway base embellishment, this Robin has received as much attention as the rest of the statue in detail and appearance. We've imbued the gas swirling around him with an ethereal quality through our lifelike sculpting and talented paintwork. All you need to do is turn the statue to reveal and enjoy even more easter eggs that we've included in this one-of-a-kind offering that is sure to delight fans of The Joker and of Prime 1 Studio alike.

Since you can never have enough statues of The Joker in your life, hurry and grab this one for yourself today! 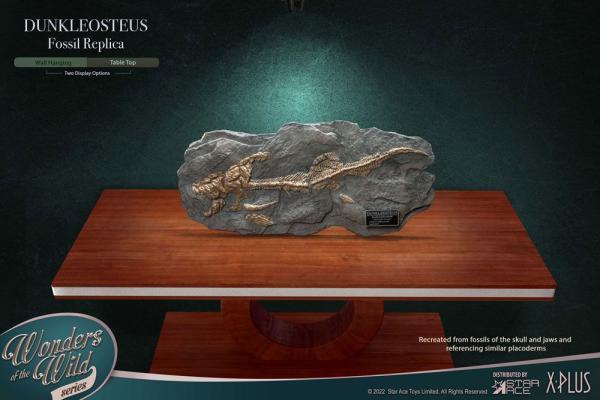 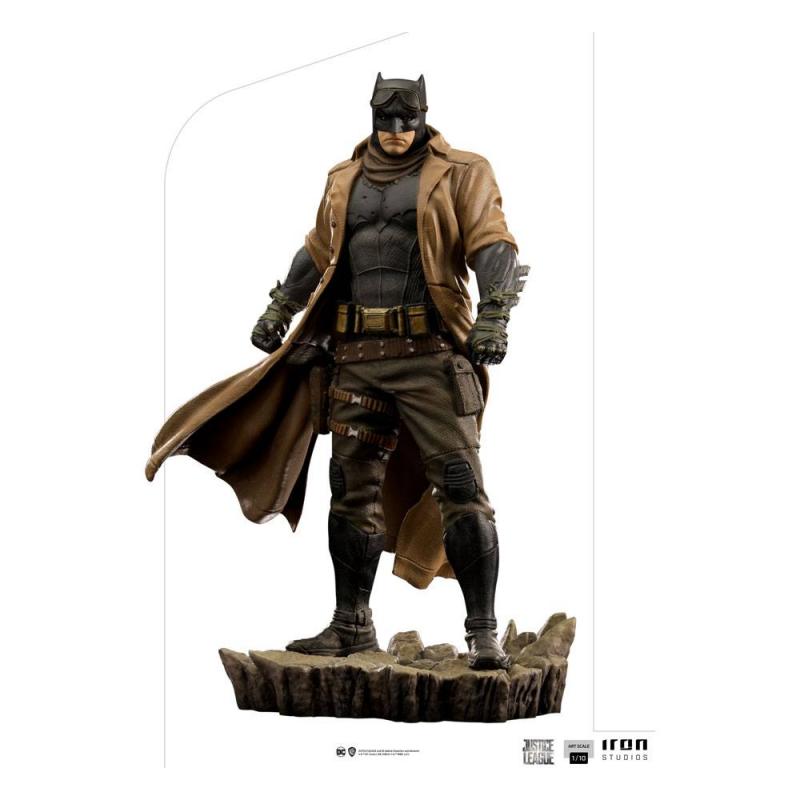 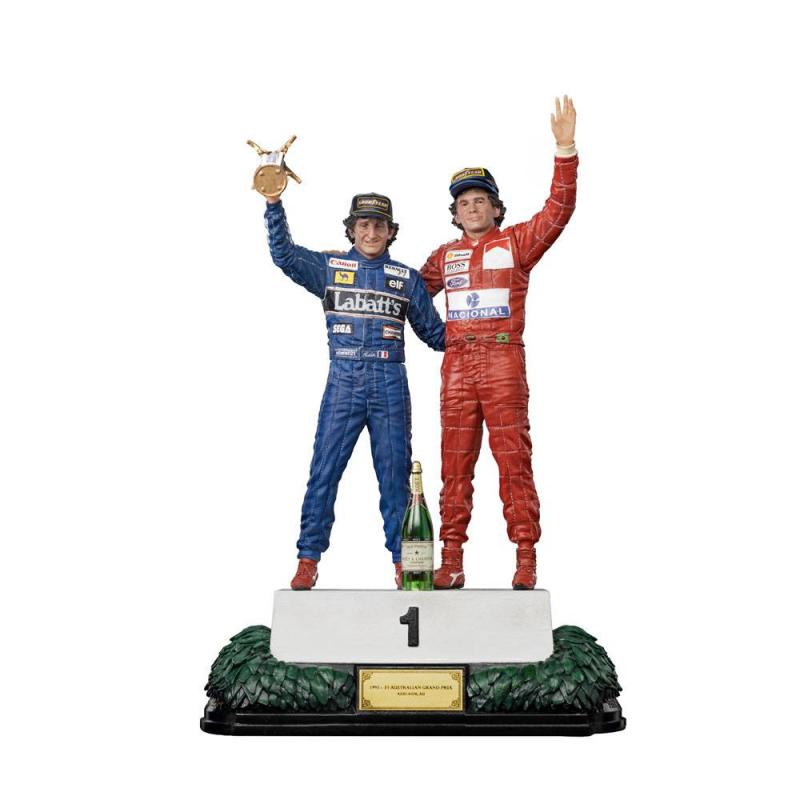 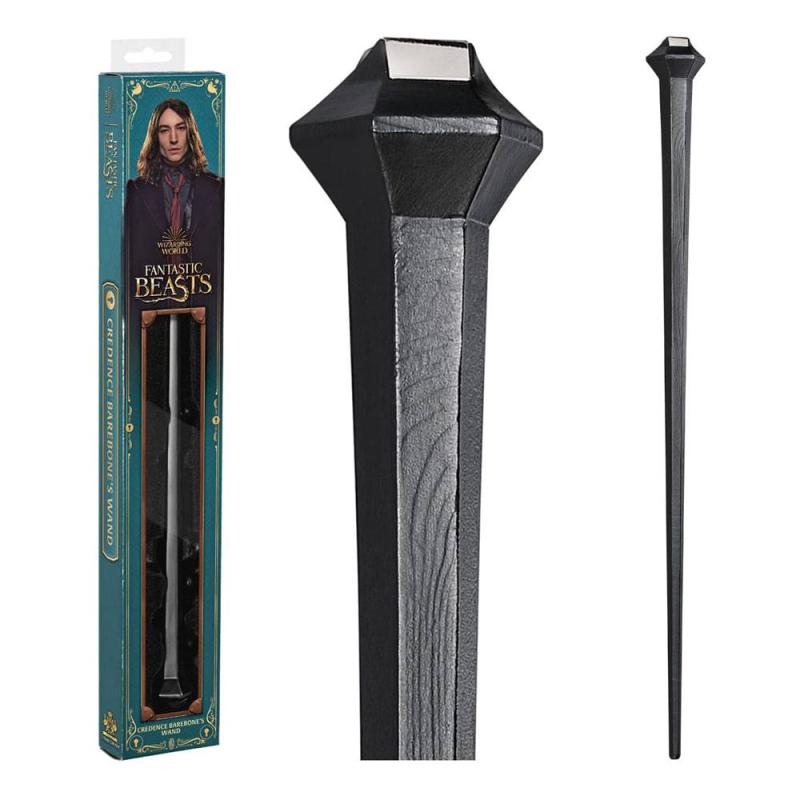 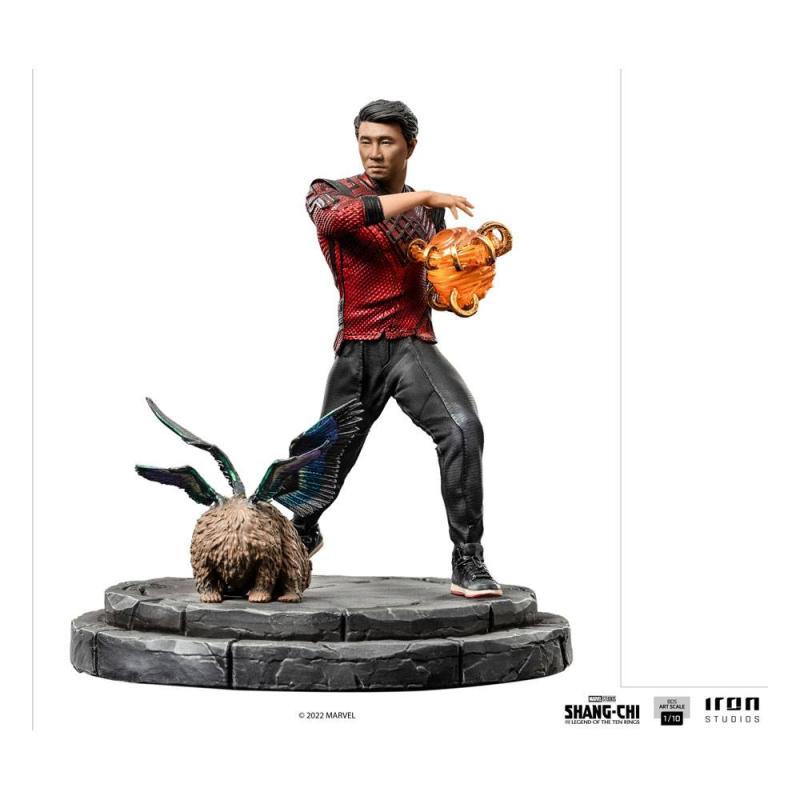 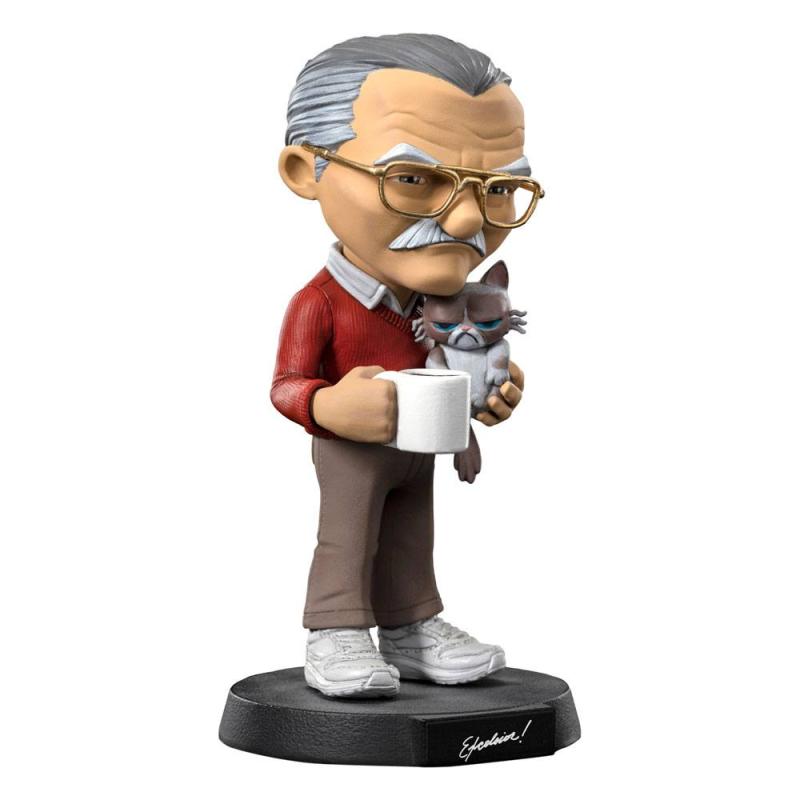