In 1941 brought another slam-run for Disney with the release of their 4th classic: 'Dumbo'! The story of a young circus elephant born with a pair of extraordinary large ears, which at first is the subject of ridicule. Yet with perseverance Dumbo literally rises above his difficulties by learning to fly, and in flight we see Dumbo in the D-Stage diorama surrounded by fun balloons soaring in the sky above with Timothy Q the mouse in tow, finally finding stardom and respect! 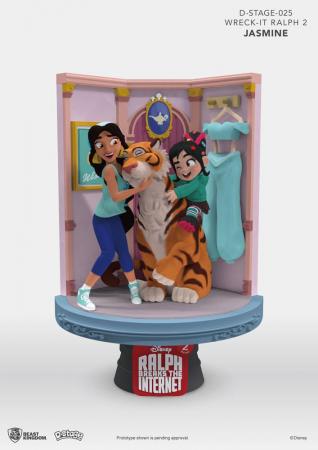