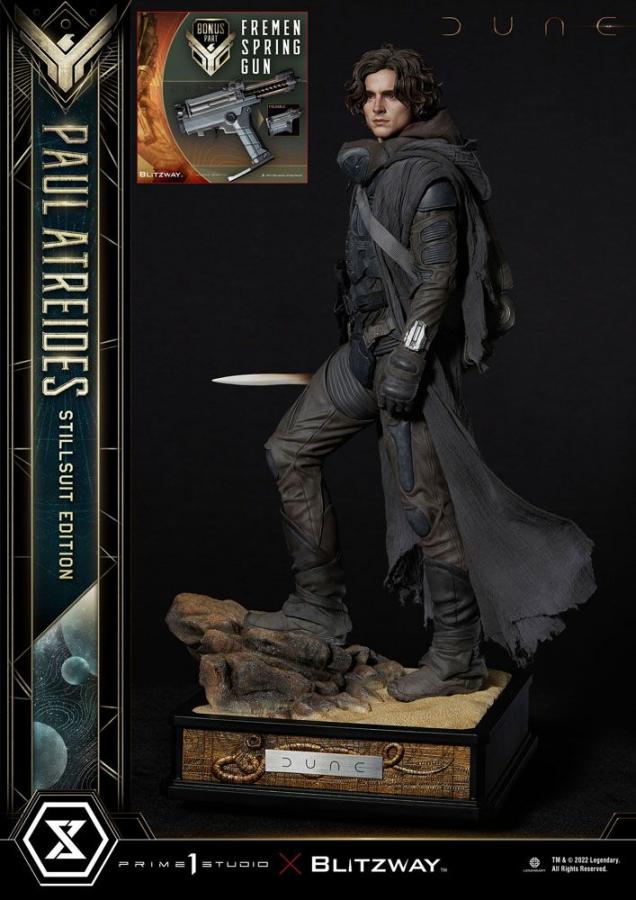 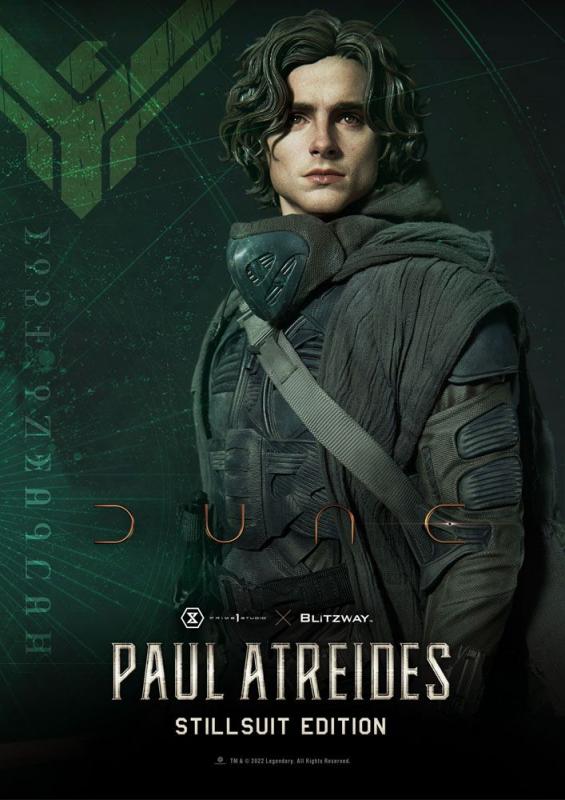 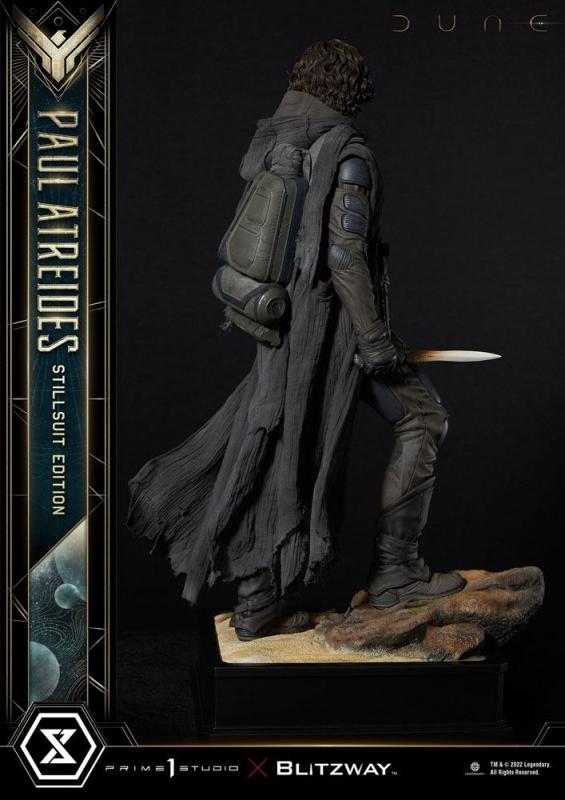 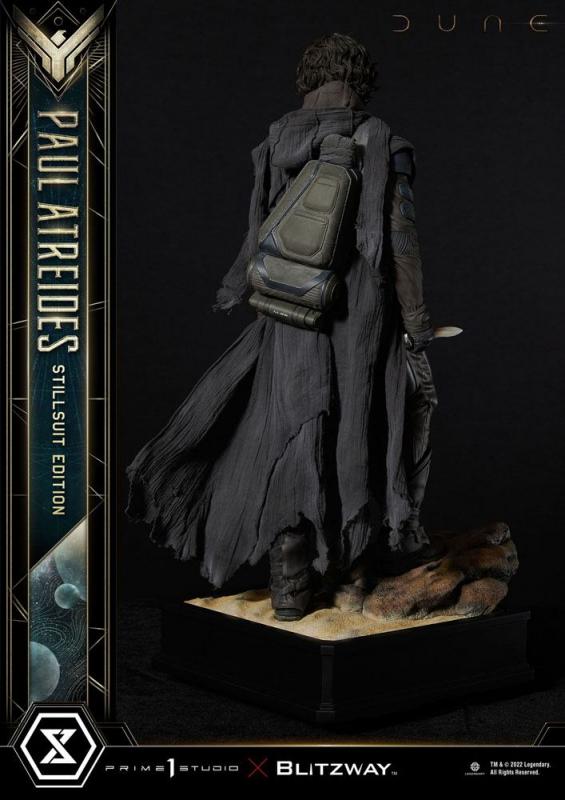 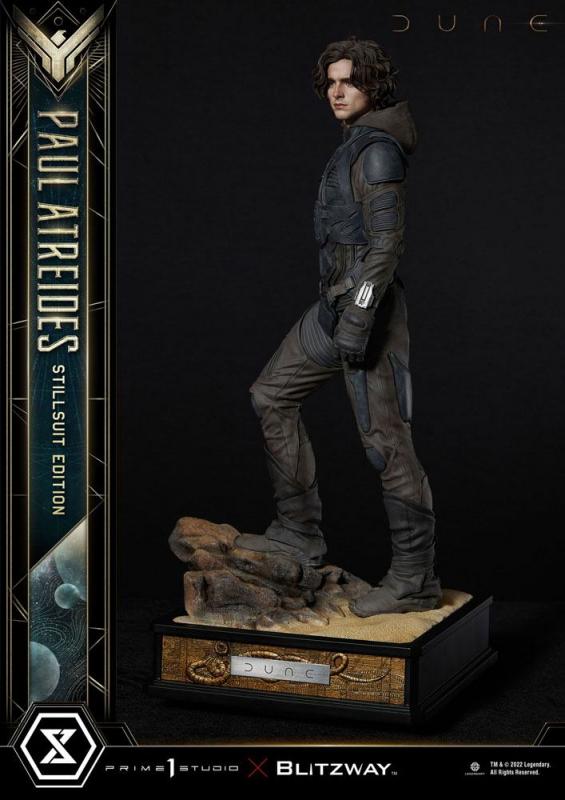 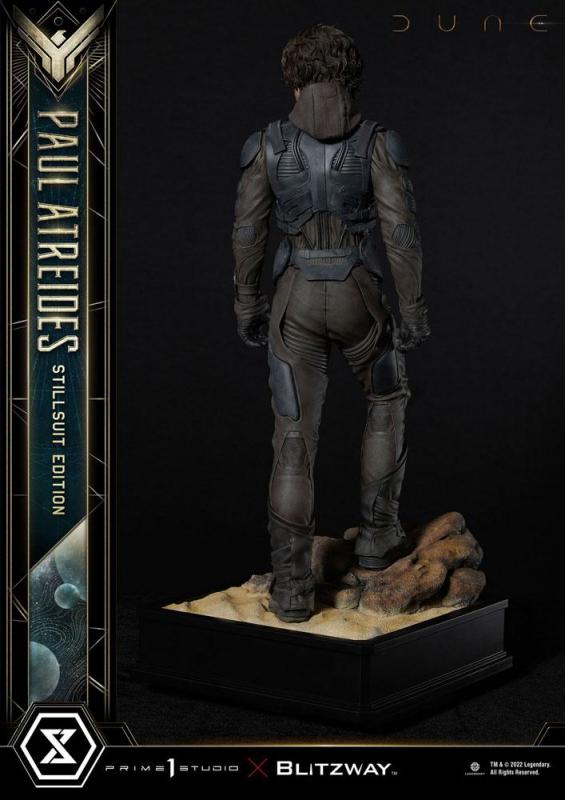 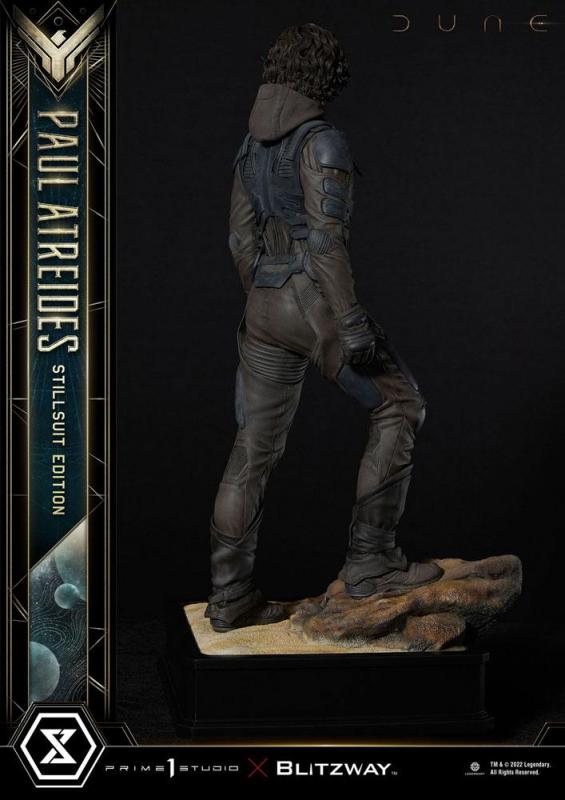 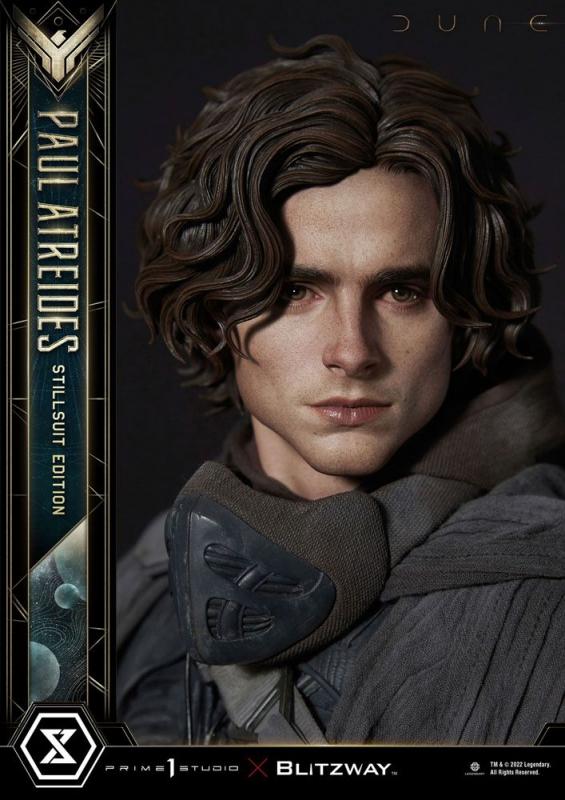 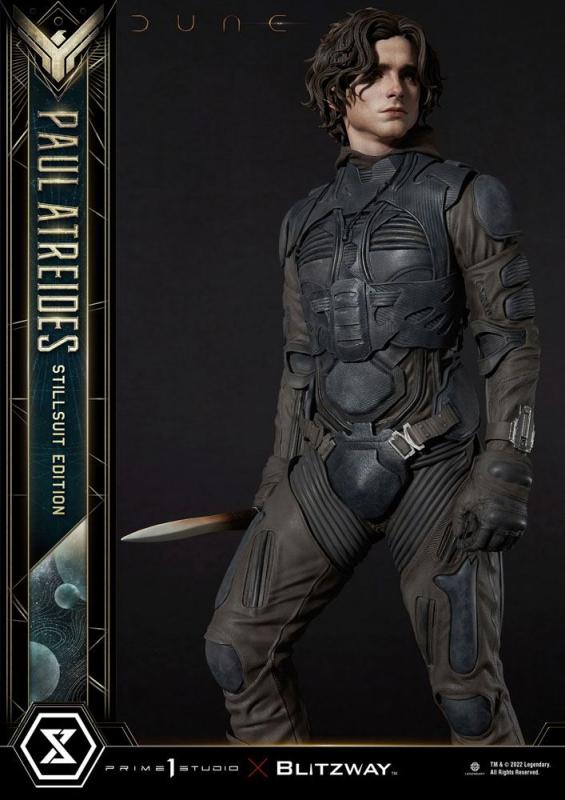 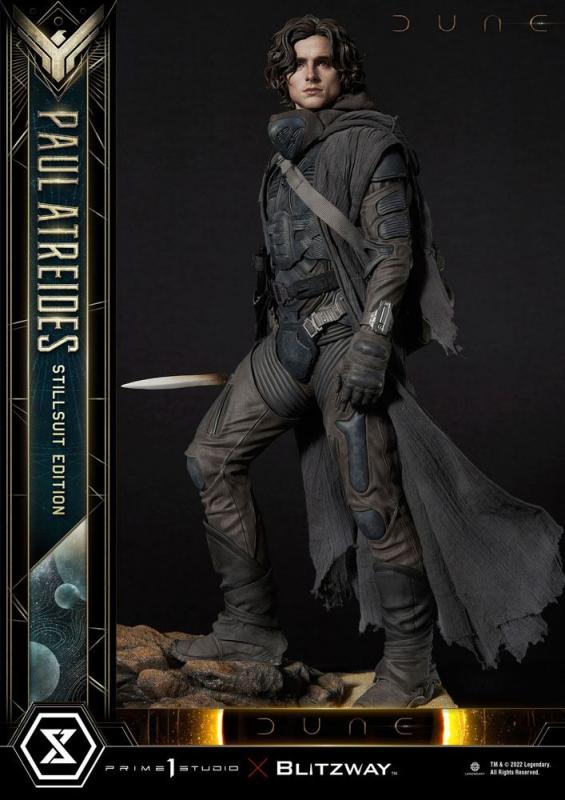 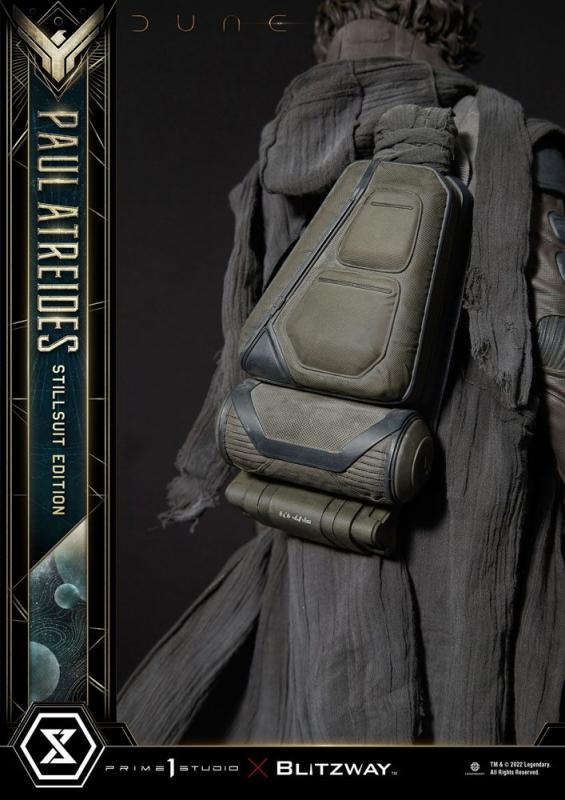 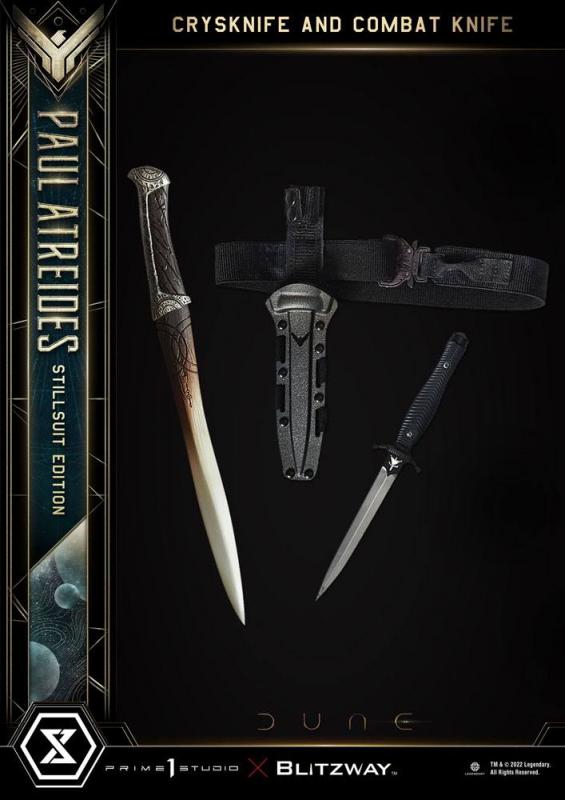 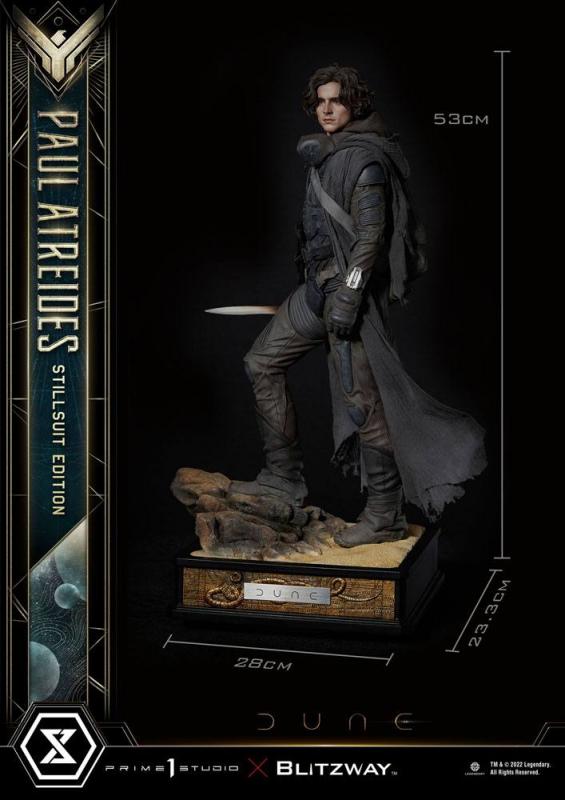 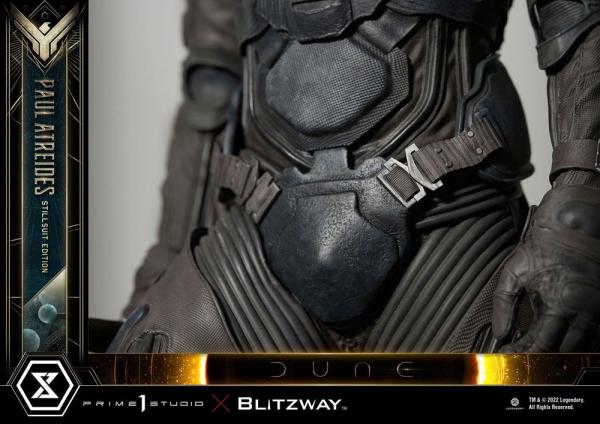 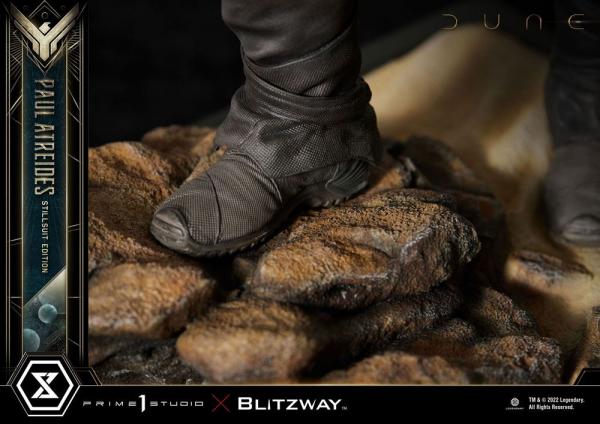 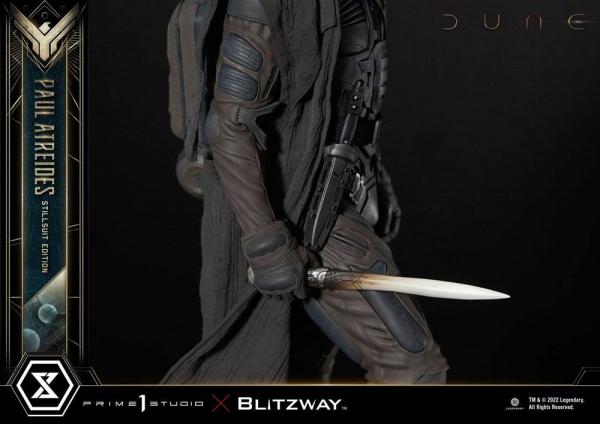 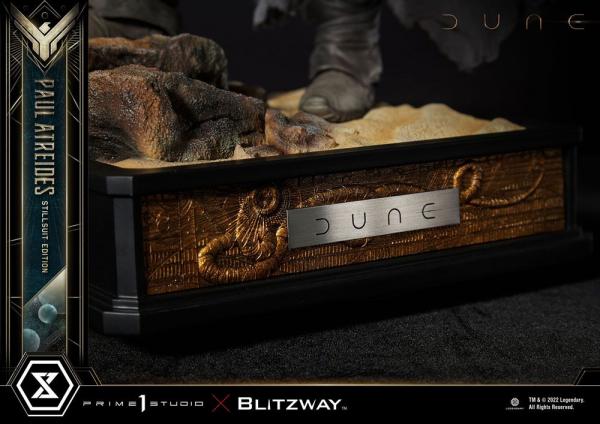 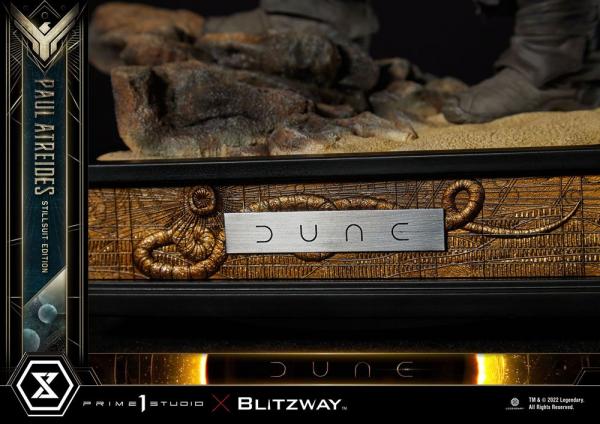 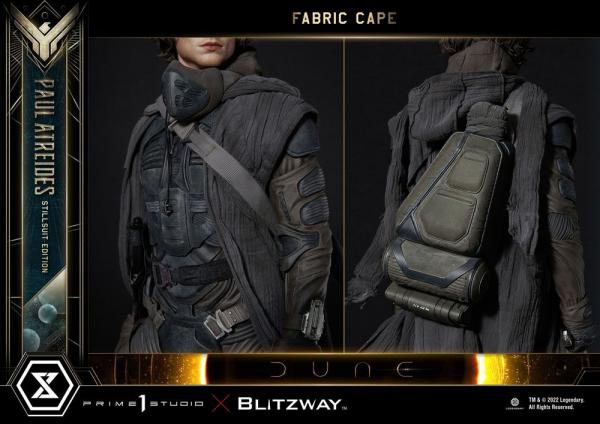 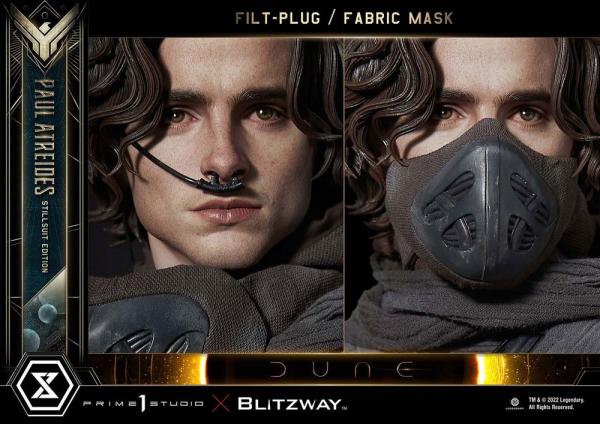 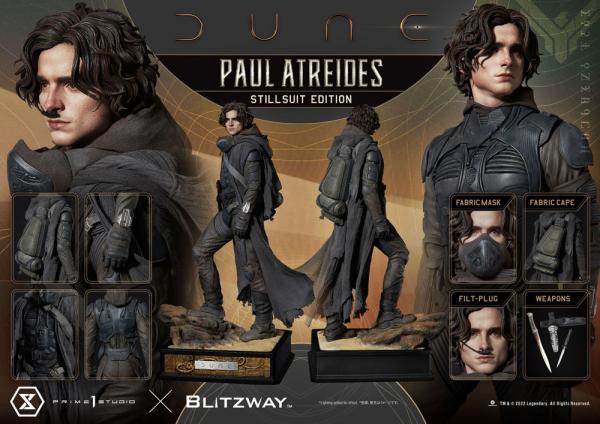 Prime 1 Studio announces an incredible statue from one of the most anticipated films of 2021! The newest addition to our Premium Masterline Series: The 1/4 Scale Paul Atreides, Stillsuit Edition Bonus Version from DUNE!

The Harkonnen have sprung their treacherous attack on House Atreides, conspiring with Padishah Emperor Shaddam IV to assist his ruthless death troops, the Sardaukar. Duke Leto Atreides is dead. And his royal consort, the Lady Jessica, has been driven into the deserts of Arrakis with her son and the new Duke...Paul Atreides.

Prime 1 Studio proudly presents this stunning 21-inch tall statue in splendid collaboration with Blitzway! Paul Atreides stands in the open desert, looking towards his uncertain future in this new world. He is garbed in his Fremen Stillsuit, with boots fitted slip-fashion at the ankles. Desert style.

One only needs to view the subtle sculpting of Paul's face or the delicate painting of his skin to feel that he was alive and had stepped right out of the film. Paul's Stillsuit is complemented by incredibly tailored and removable fabric essentials: like his face mask, cape, and backpack. He comes with a poseable Filt-plug that can be inserted into his nose to capture the moisture of his breath.

The film-accurate detailing of his Stillsuit is a sight to behold, as you will be able to see every stitch, crease, fold, and panel of this wondrous piece of Fremen technology. And Paul isn't precisely powerless as he comes equipped with weapons: Chani's Crysknife and a House Atreides Combat Knife. You can arm him with either knife, as his right-hand hold either.

And with the Bonus Version, you will receive Jamis' Fremen Spring Gun. It can fold closed or open...to be stored or held, by Paul's Bonus Right Hand!

Finally, Paul stands on a rocky outcrop on a sandy patch of Arrakis. His base façade features the bas-relief sculpture of Shai-hulud that hung in the Arrakeen palace.

This amazing Dune statue is packed with storytelling. So capture the magic of Dune by getting your hands on a Premium Masterline Paul Atreides Stillsuit Edition Bonus Version statue today! 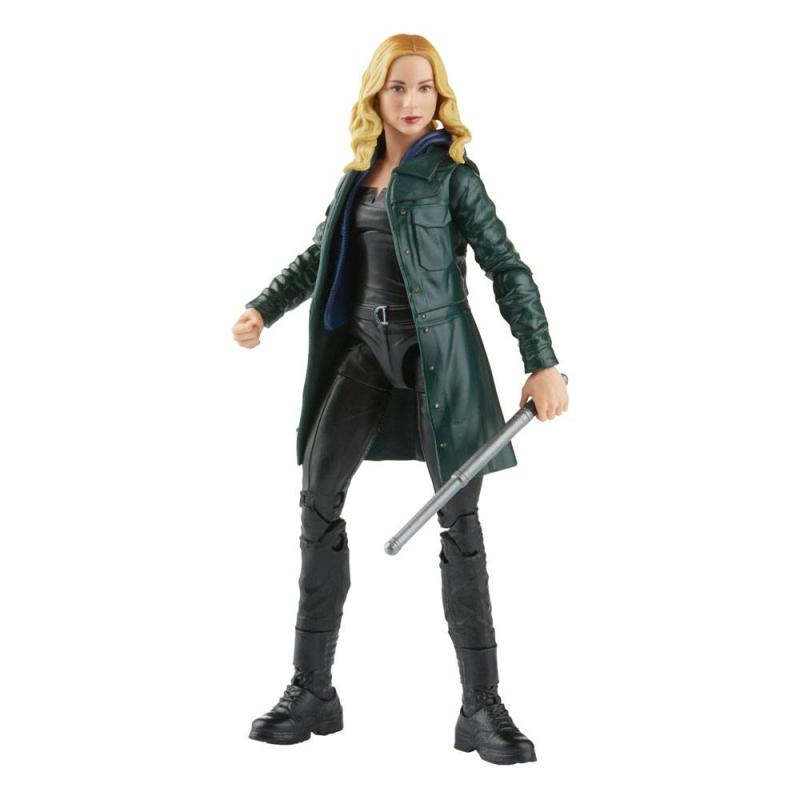 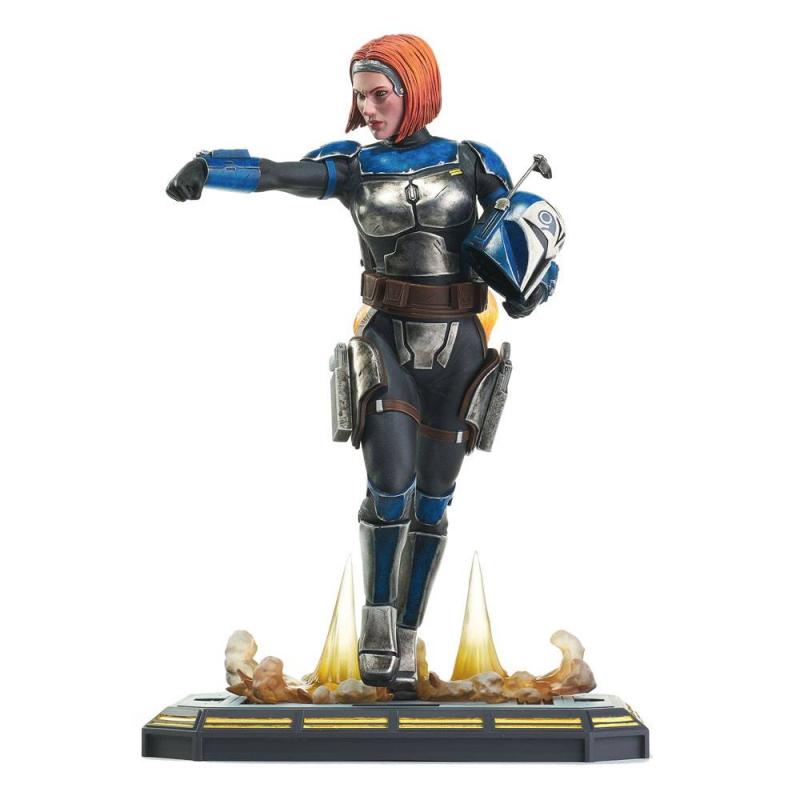 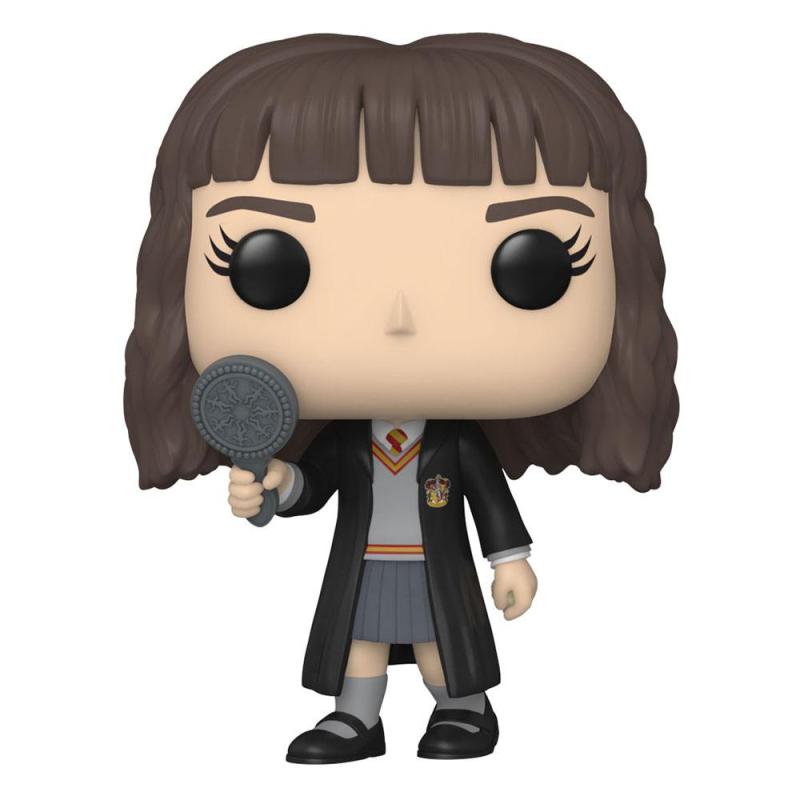 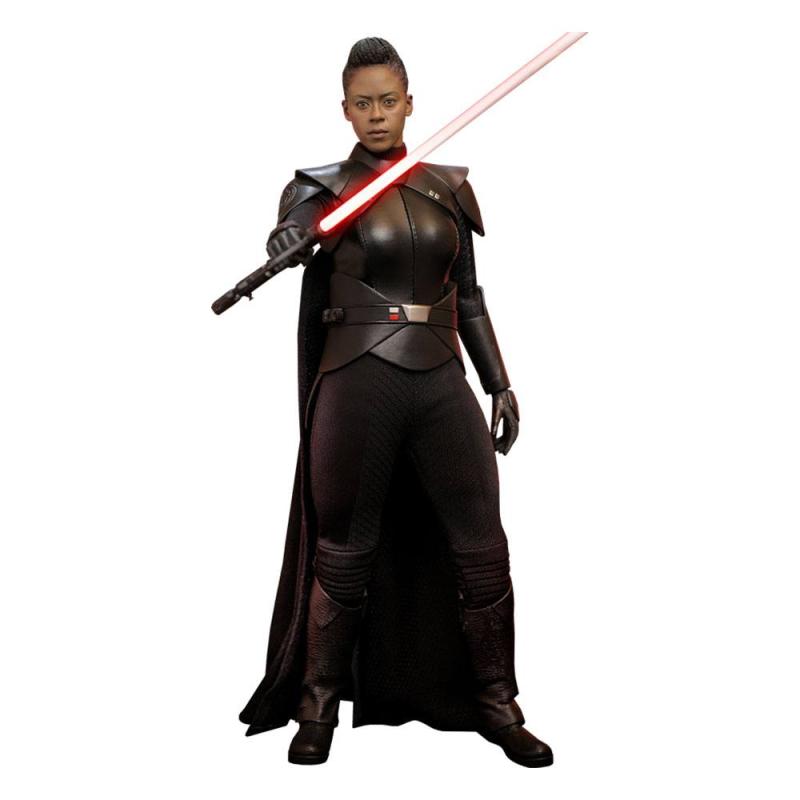 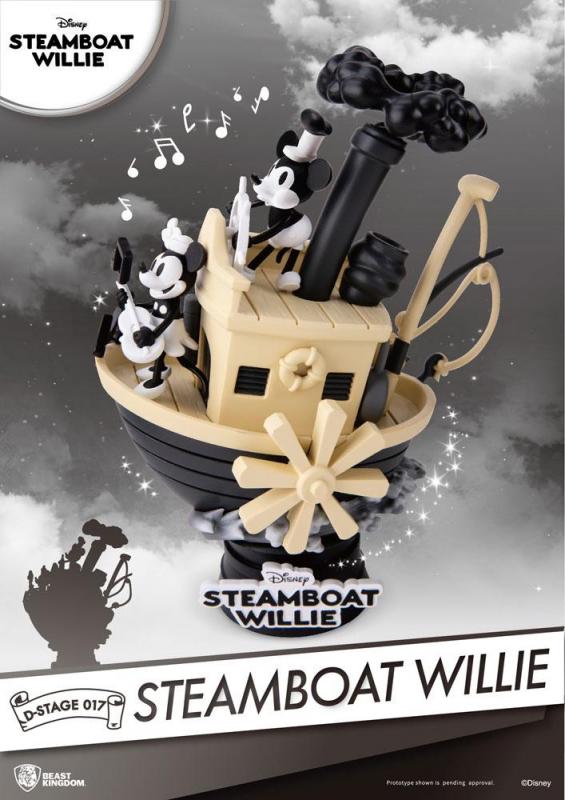