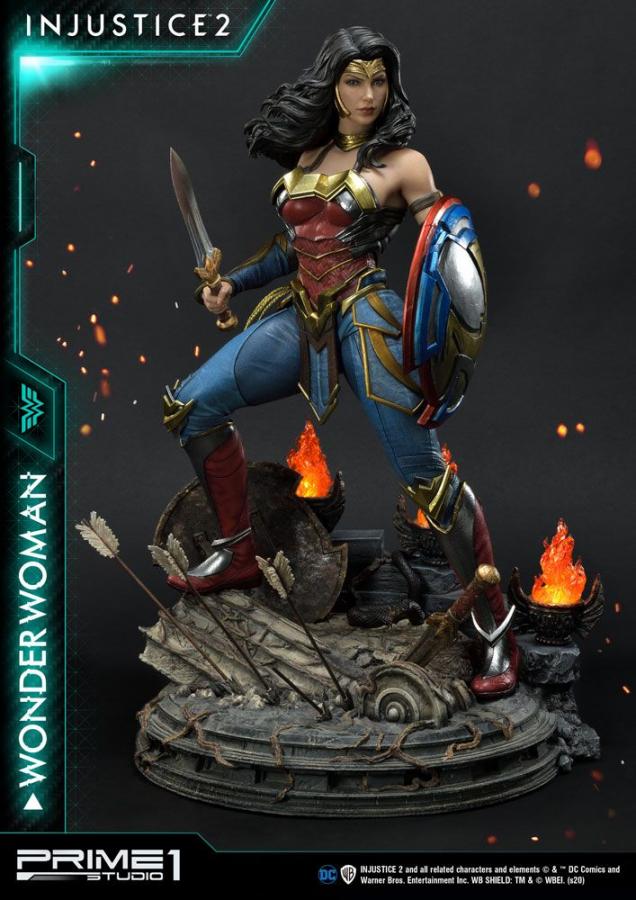 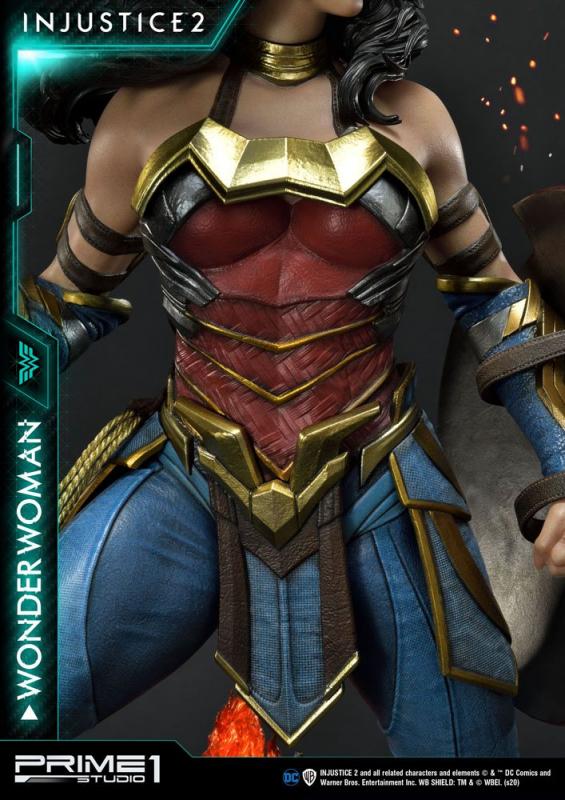 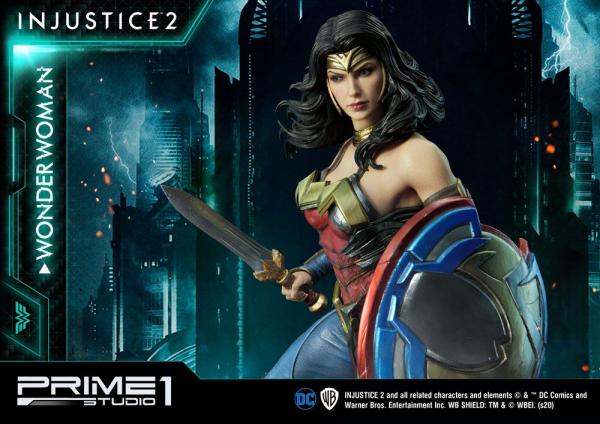 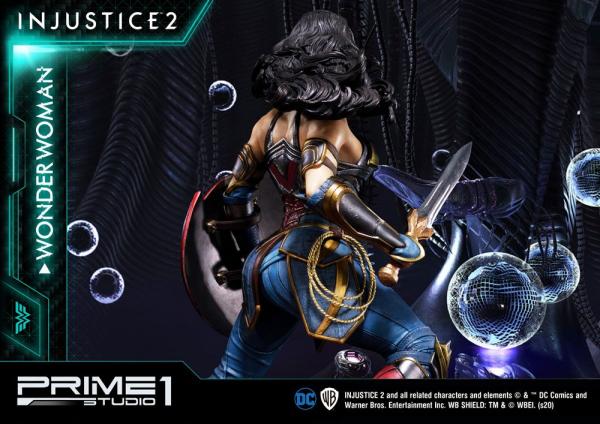 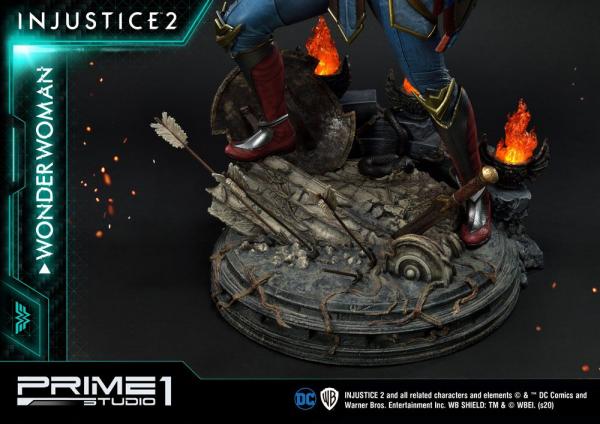 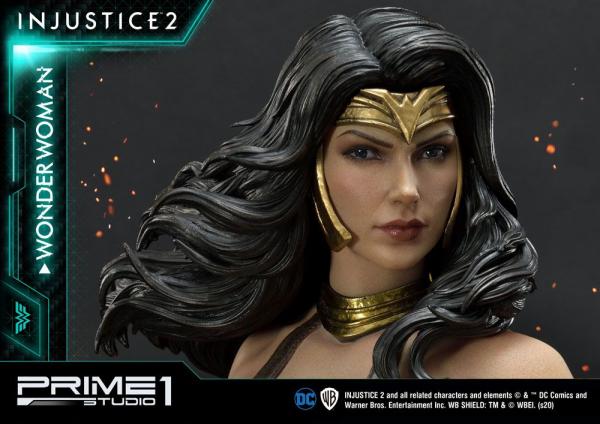 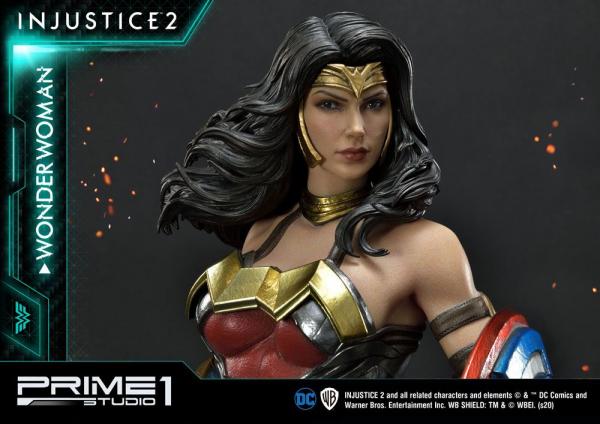 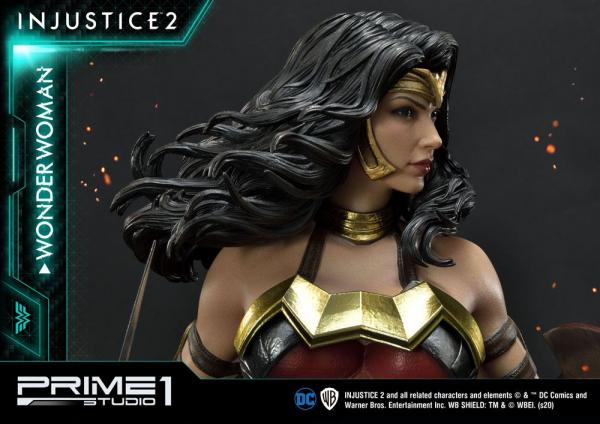 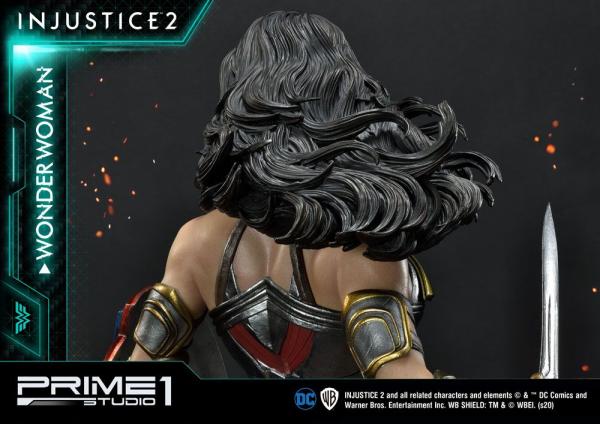 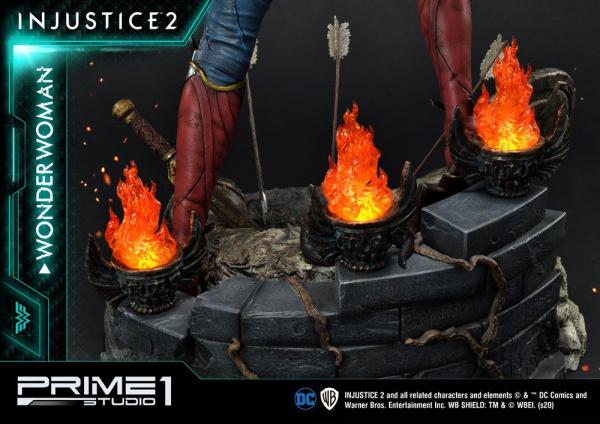 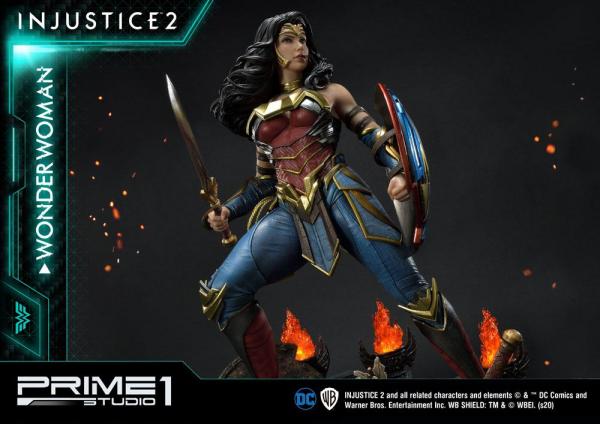 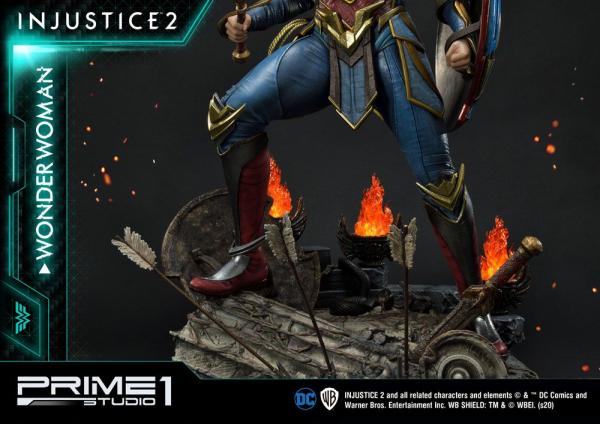 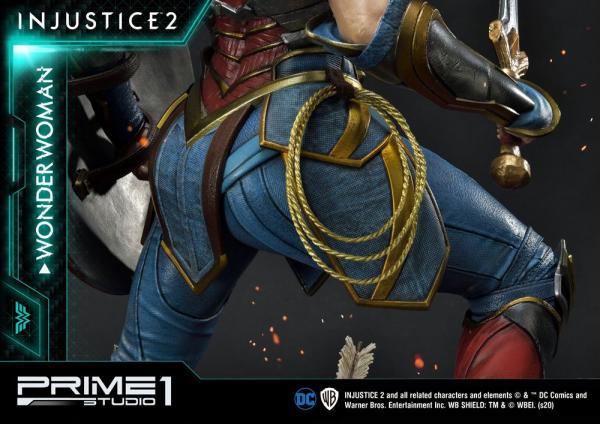 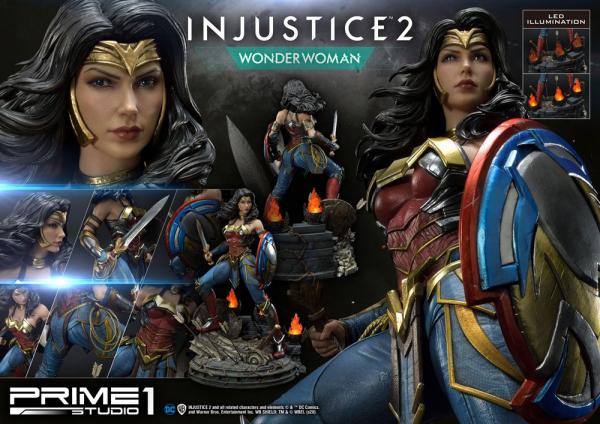 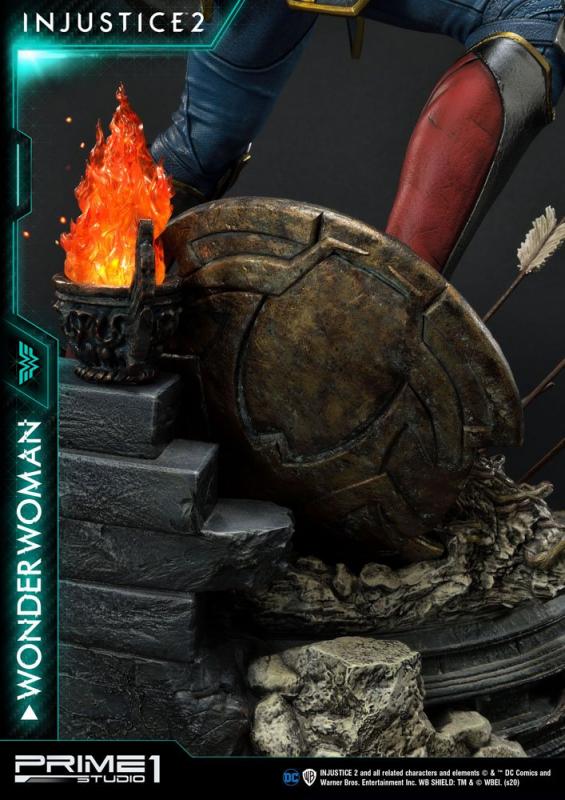 Princess Diana of Themyscira, also known Wonder Woman, is the main tritagonist in the Injustice series. She is the daughter of the Amazonian Queen and the Greek God of Thunder Zeus. Wonder Woman possesses abilities both natural from her Amazonian training as well as Godlike longevity from her father. This makes her one of the most powerful demigods alive.

Wonder Woman, exiled from Themyscira and disowned by her Amazon sisters, is set on a mission to free Superman in the name of the One Earth Regime. She stands atop a stunning LED illuminated base in a powerful pose with both sword and shield in hand. The Lasso of Truth hangs at her waist ready to subdue any foe that gets in her way. Her breathtaking stance of power is only matched by her beauty. We have implemented the most meticulous attention to detail to give you the most video game accurate Wonder Woman on the market. A breathtaking addition to any collection and must have for Injustice and DC Fans everywhere! 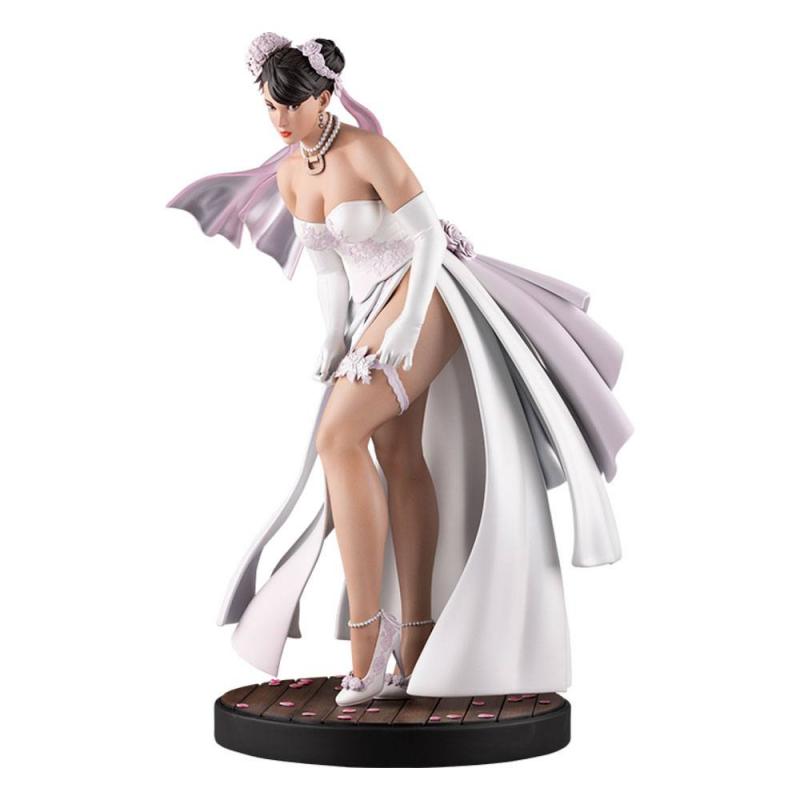 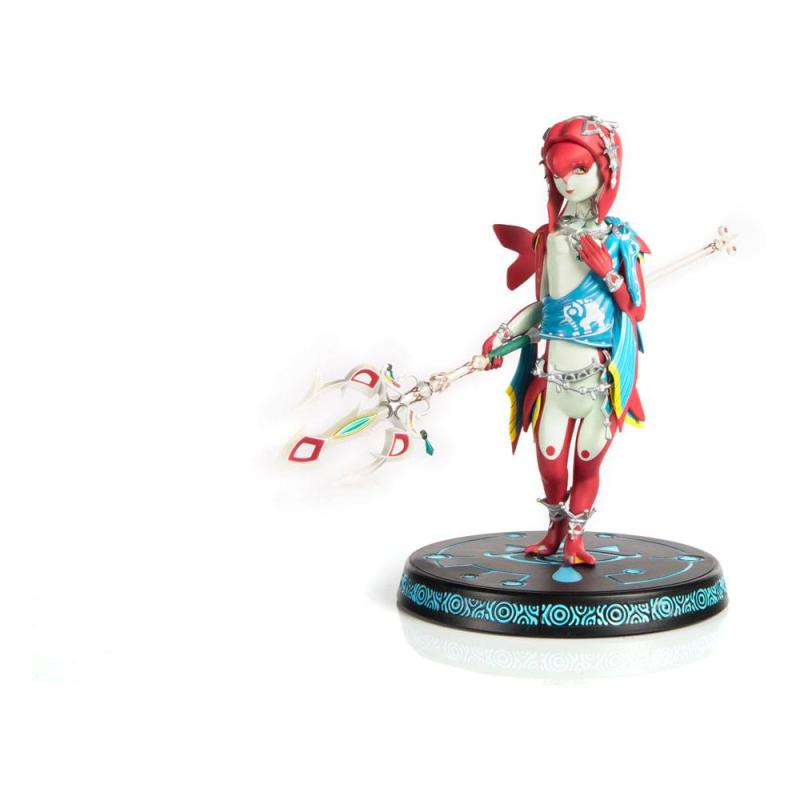 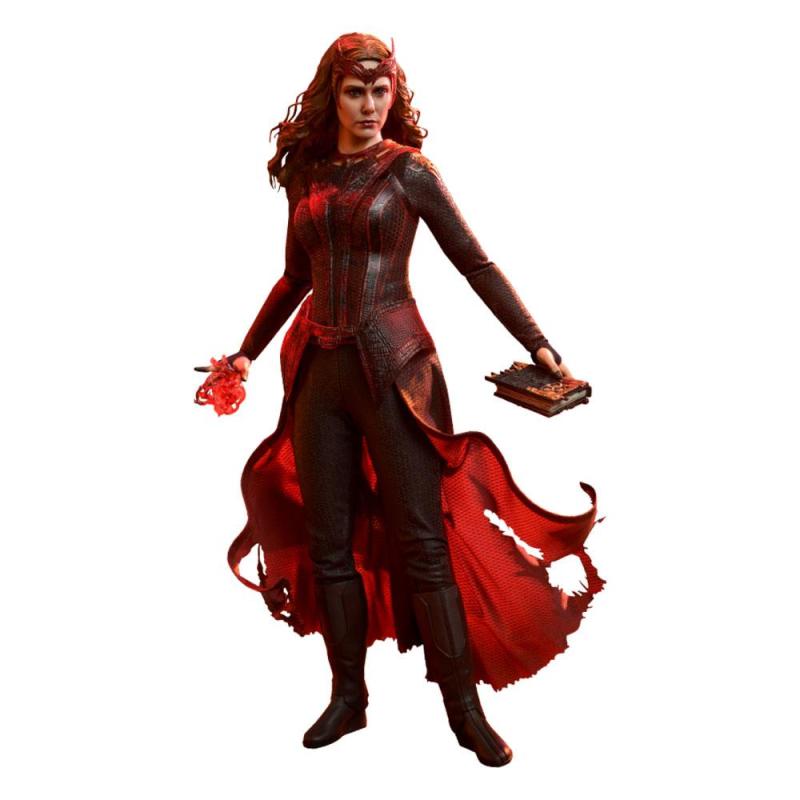 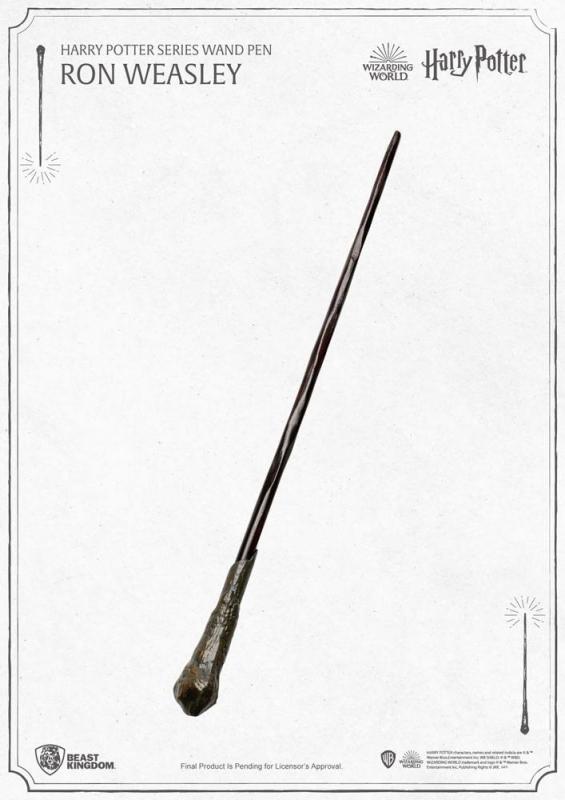 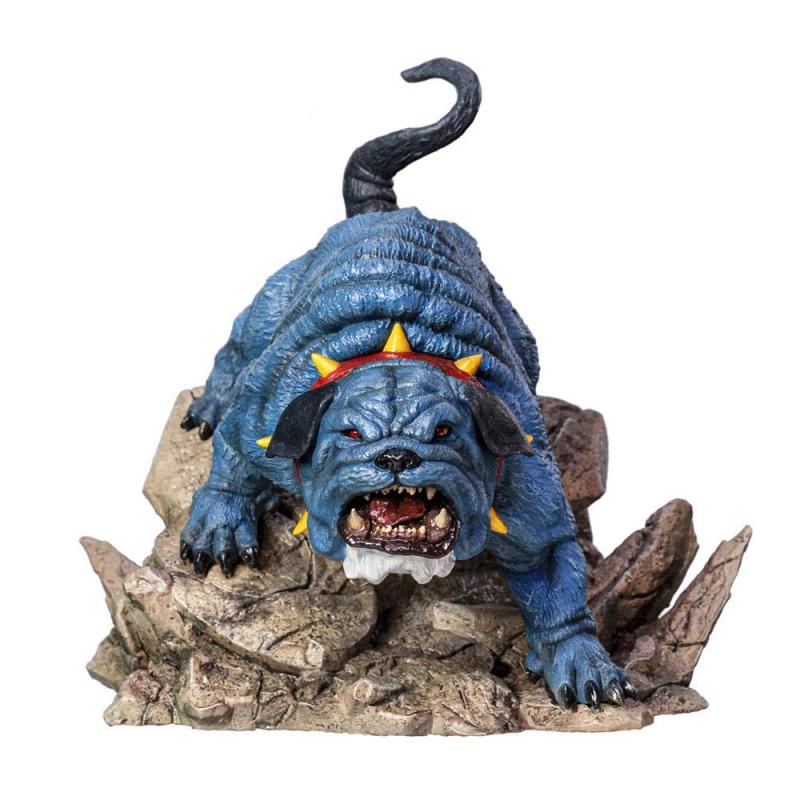