Lord of the Rings: The Witch King of Angmar 1/4 Statue - Prime 1 Studio 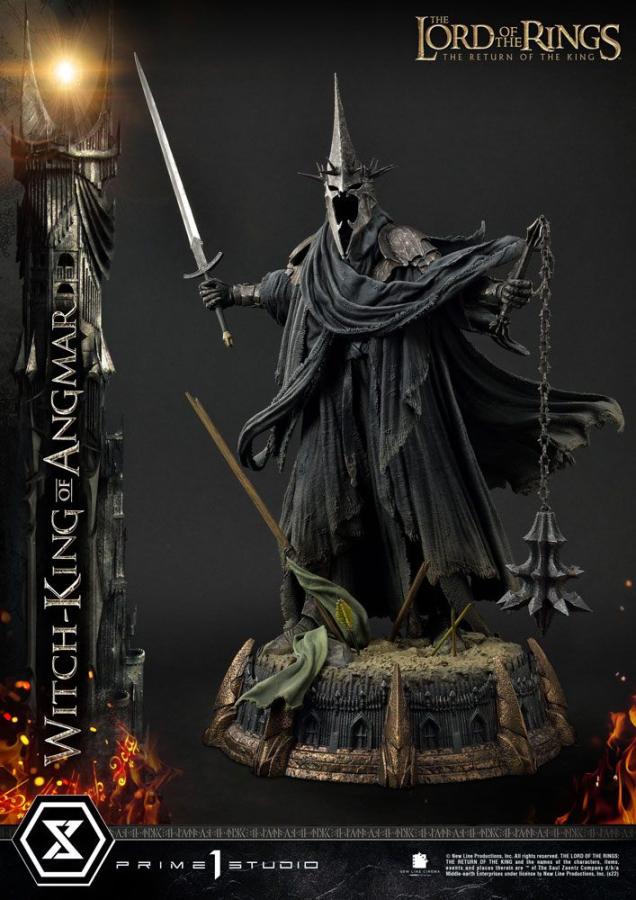 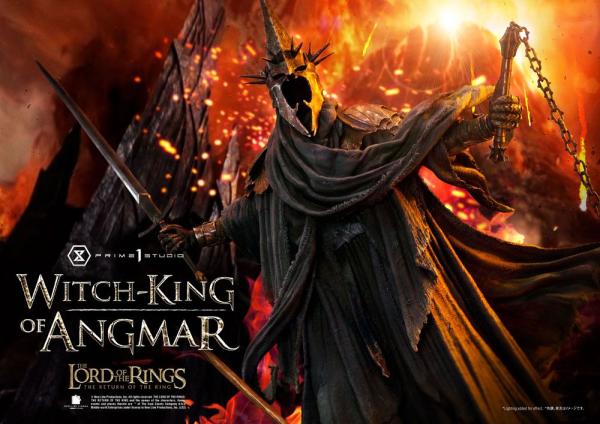 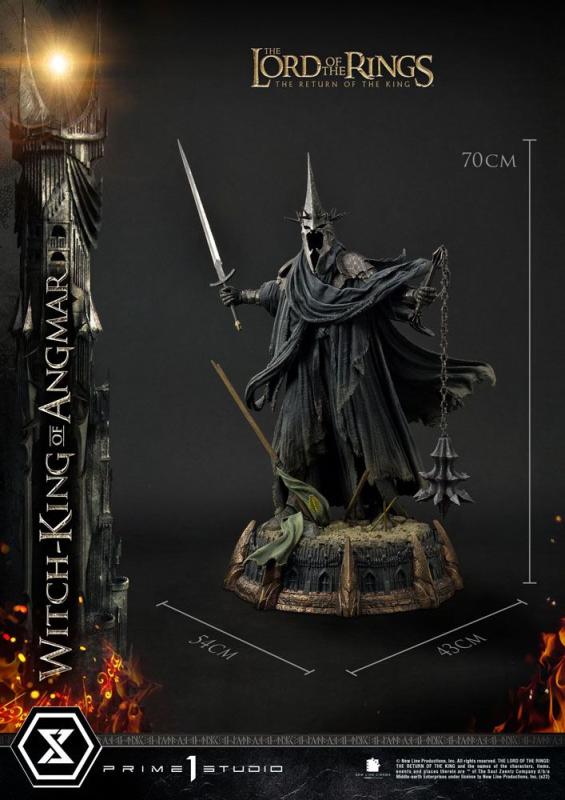 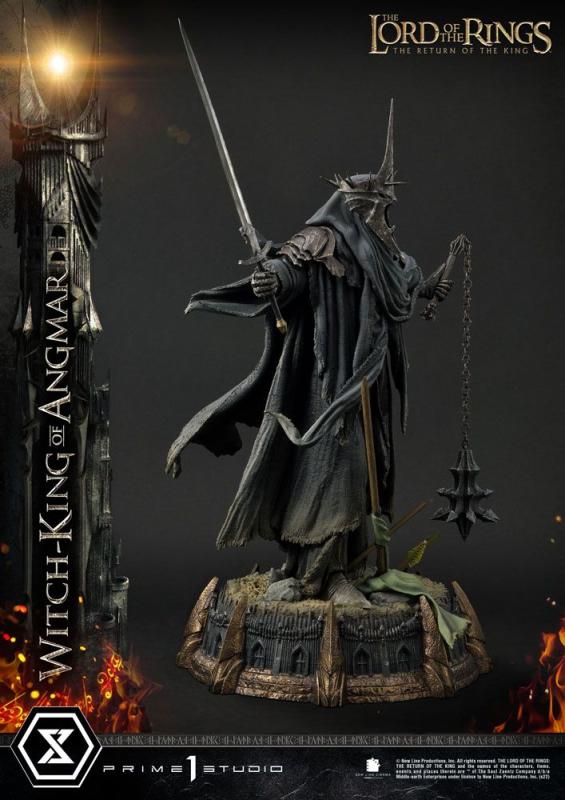 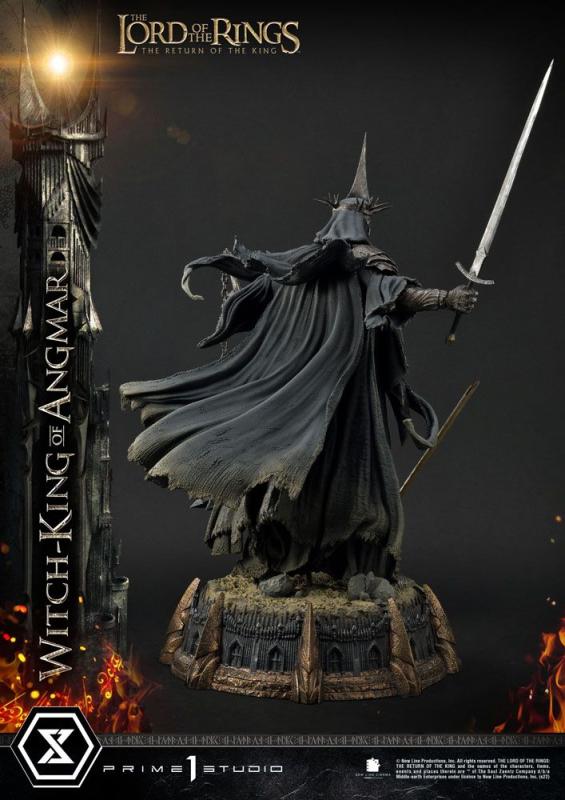 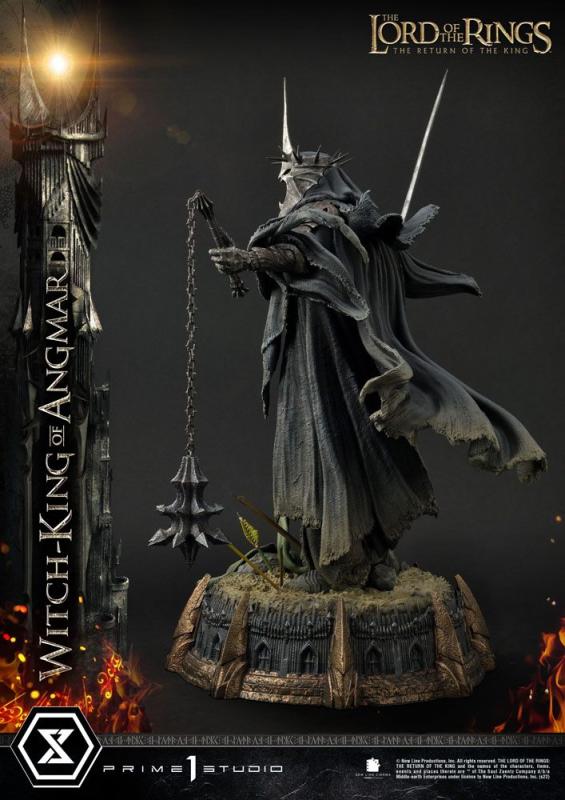 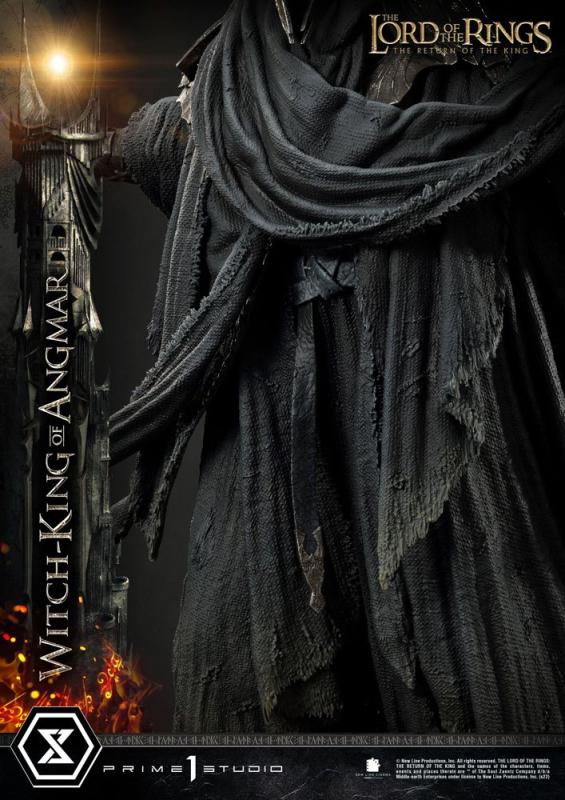 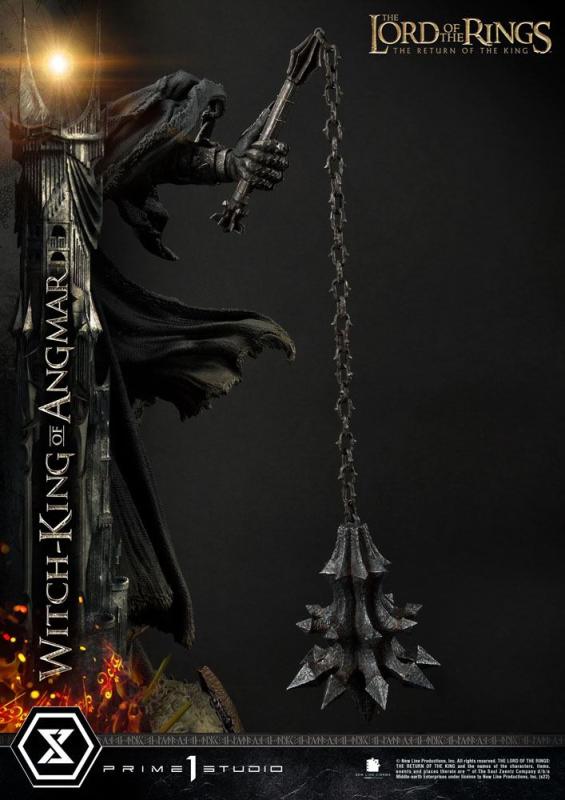 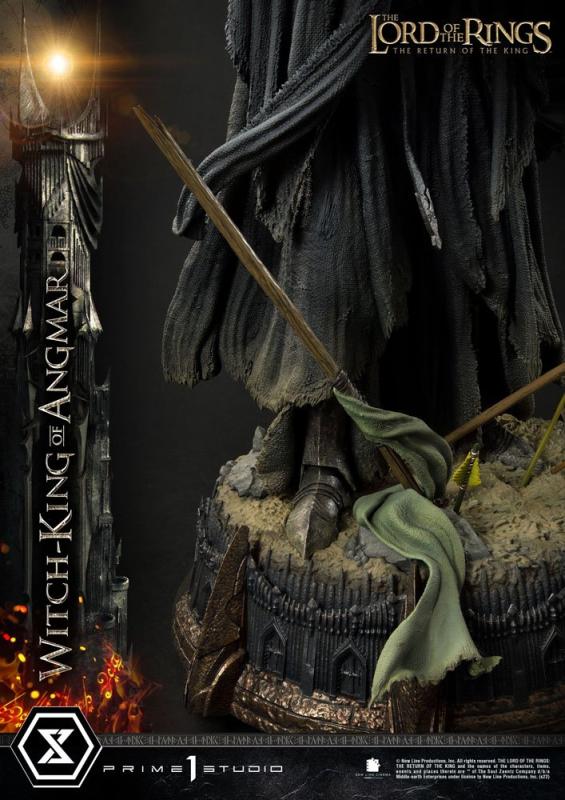 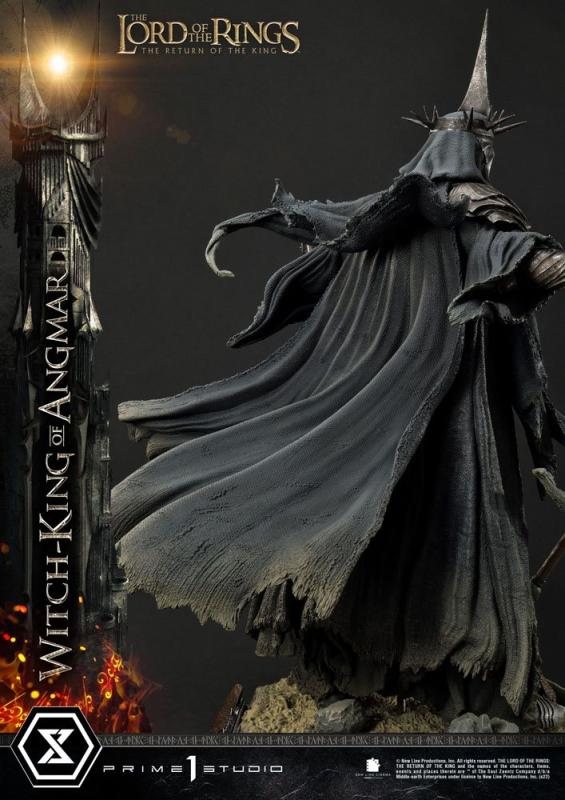 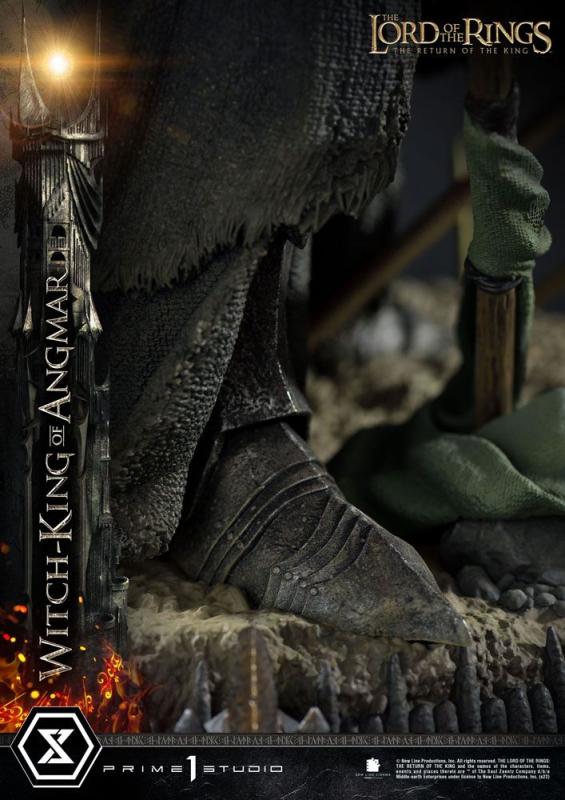 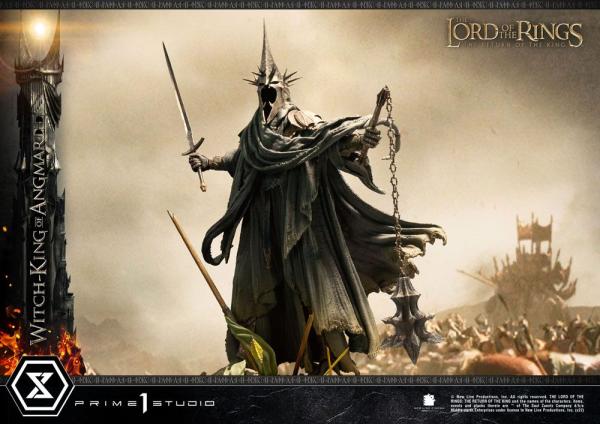 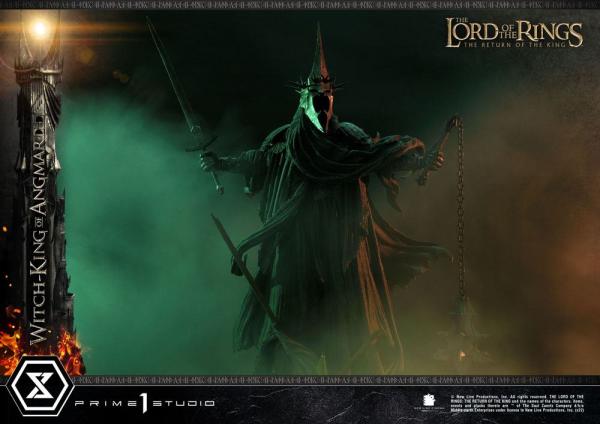 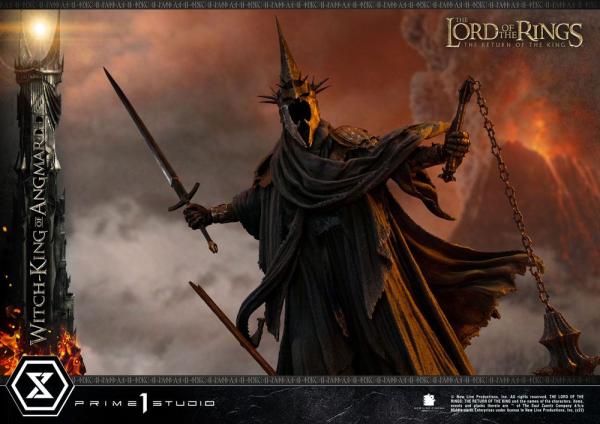 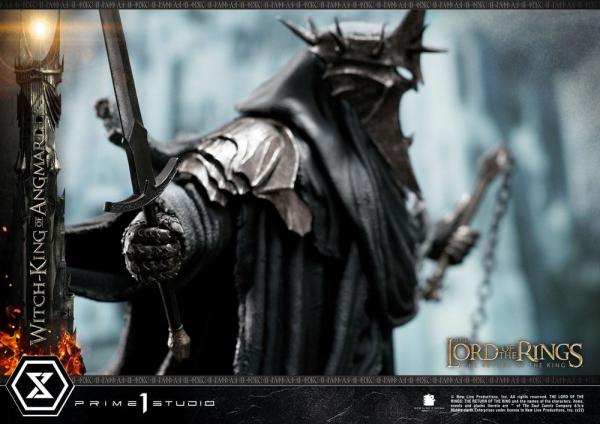 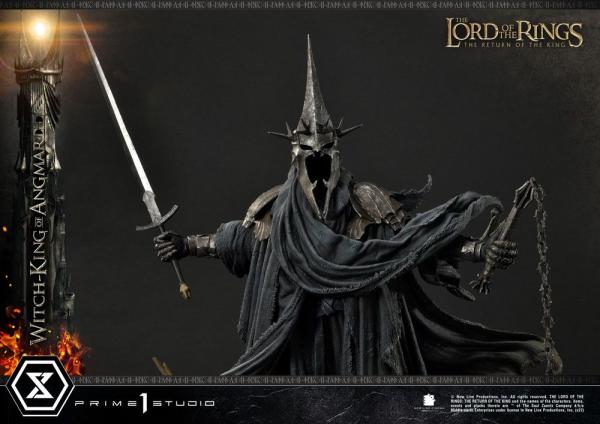 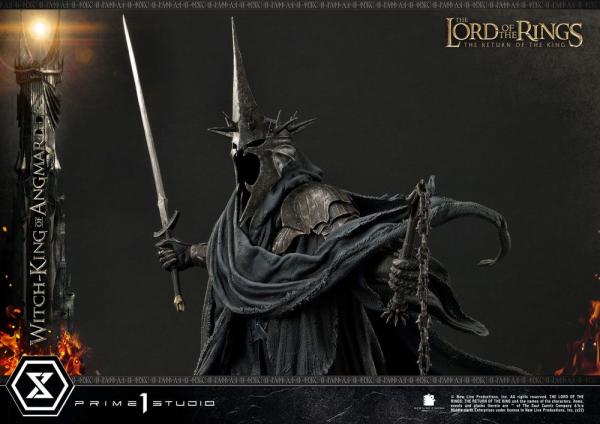 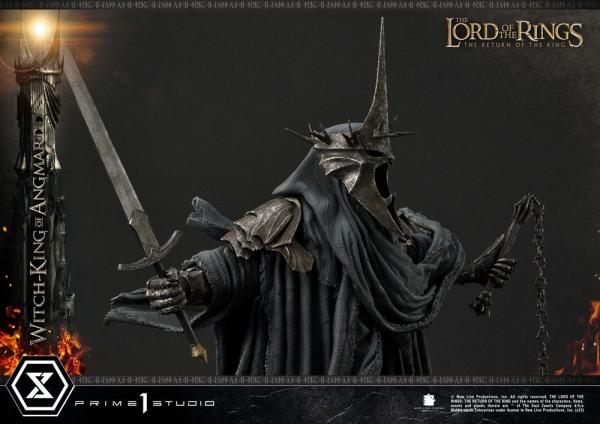 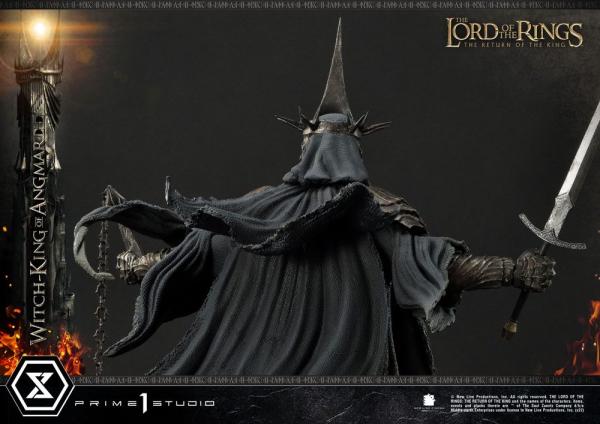 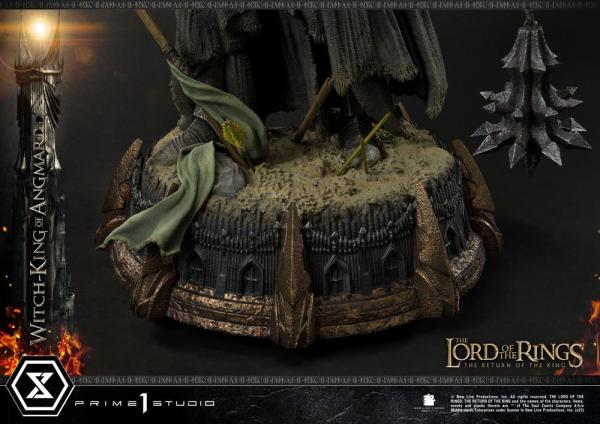 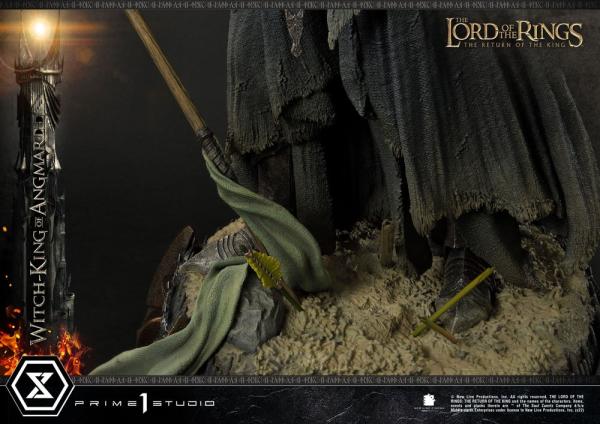 Prime 1 Studio is excited to unveil a majestic and spellbinding new statue in the form of Sauron's second-in-command. Presenting in our Premium Masterline: the 1:4 Scale The -Witch-King of Angmar from The Lord of the Rings: The Return of the King!

At a towering 28 inches tall, Prime 1 Studio artisans have rendered the immortal Lord of the Nazgl, at his most triumphant moment. No one knows who the fabled Númenórean sorcerer king was before being corrupted by a Ring of Power, but all know that he became the most powerful of all of Lord Sauron's Ringwraiths: The Witch-King of Angmar!

Now, Prime 1 Studio's skillful sculptors and painters have portrayed him at his most fearsome! From his distinctive spiked helm...to his armored pauldrons...all the way to his flowing, black robes...this magnificent statue is a testament to the Witch King's intimidating majesty. The incredible weathering and atmospheric effects applied to his armor, cloak, and weapons are truly impressive! Possessed of his trusty broad sword and signature flail, the Witch King is at that moment where he is about to smite Rohan's King Théoden on the blood-soaked Pelennor Fields. His pose is one of triumph and determination. Though...little does he know what is in store for him in the very near future!

The Witch-King's base is an expert melding of form and function, as he stands on an environmental pedestal themed to the war-torn Pelennor Fields...featuring a broken staff, a Rohirrim flag, and an Elven arrow...rimmed by walls themed to the architecture at Barad-Dr.

So, for all you Lord of the Rings fans out there, Pre-Order PMLOTR-10 The Witch-King of Angmar now, before it is too late! 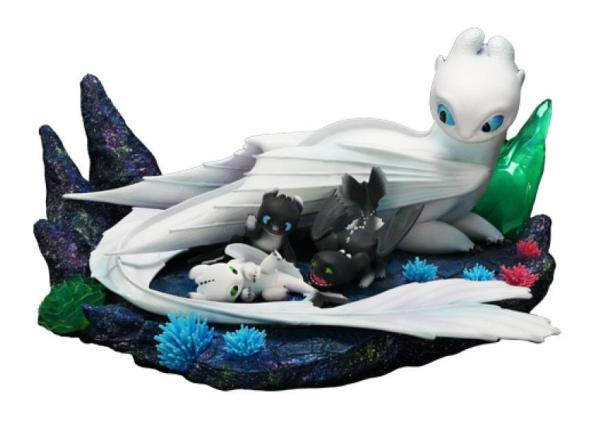 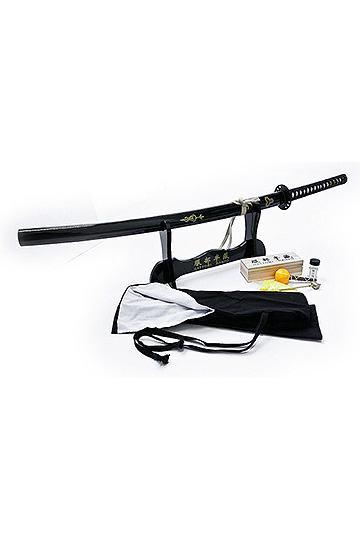 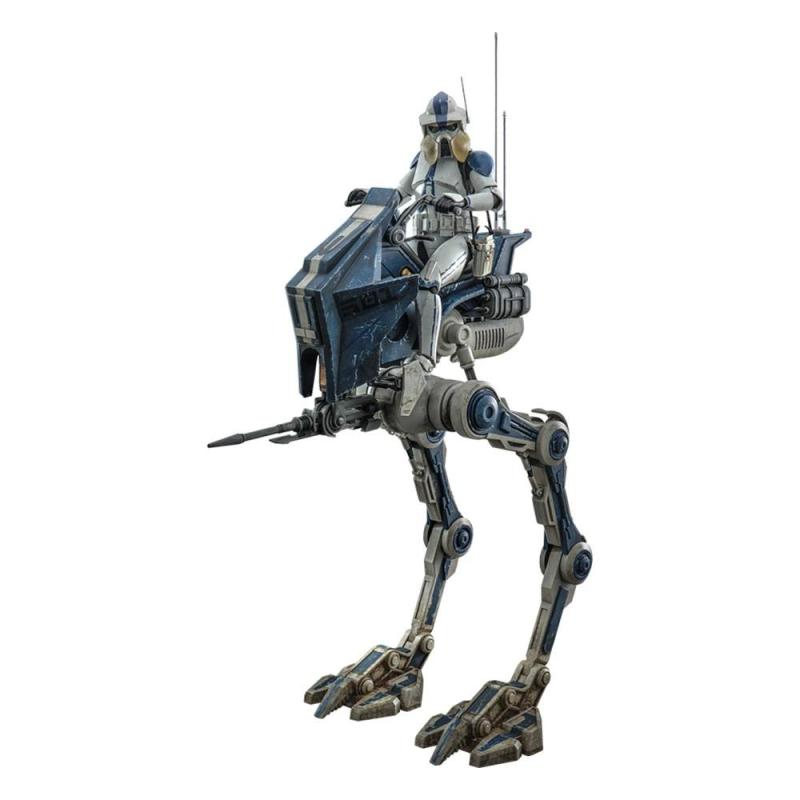 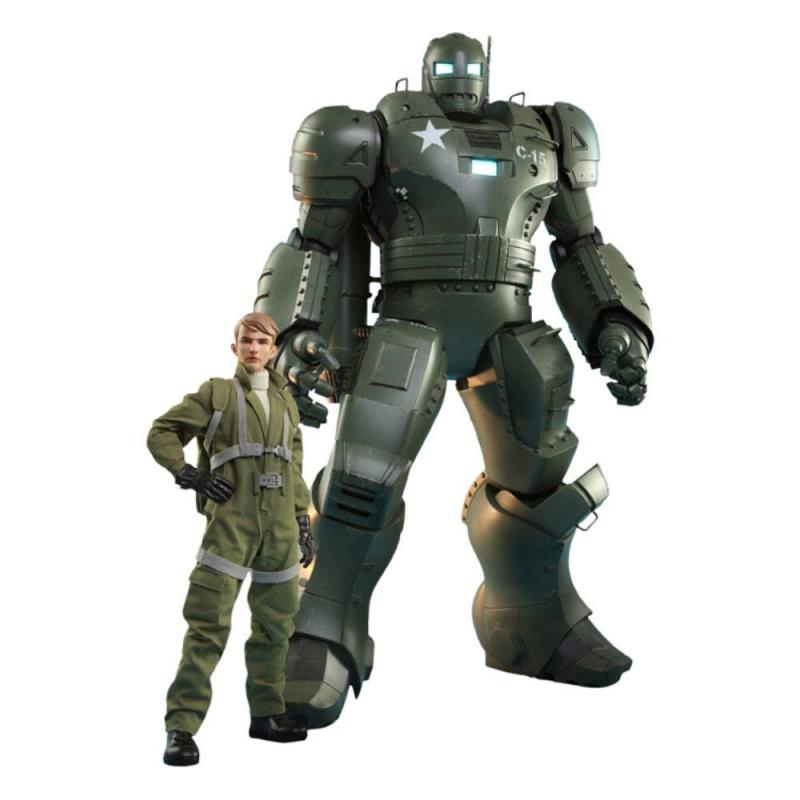 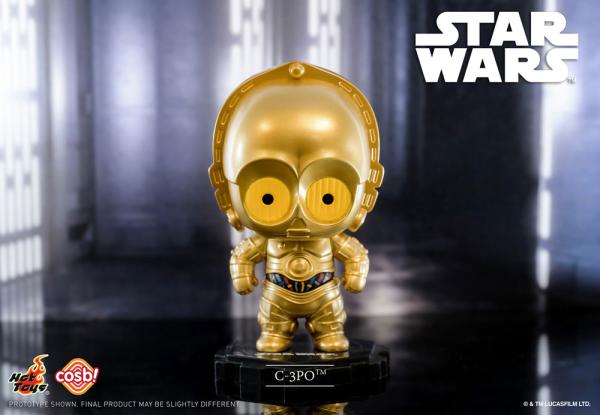