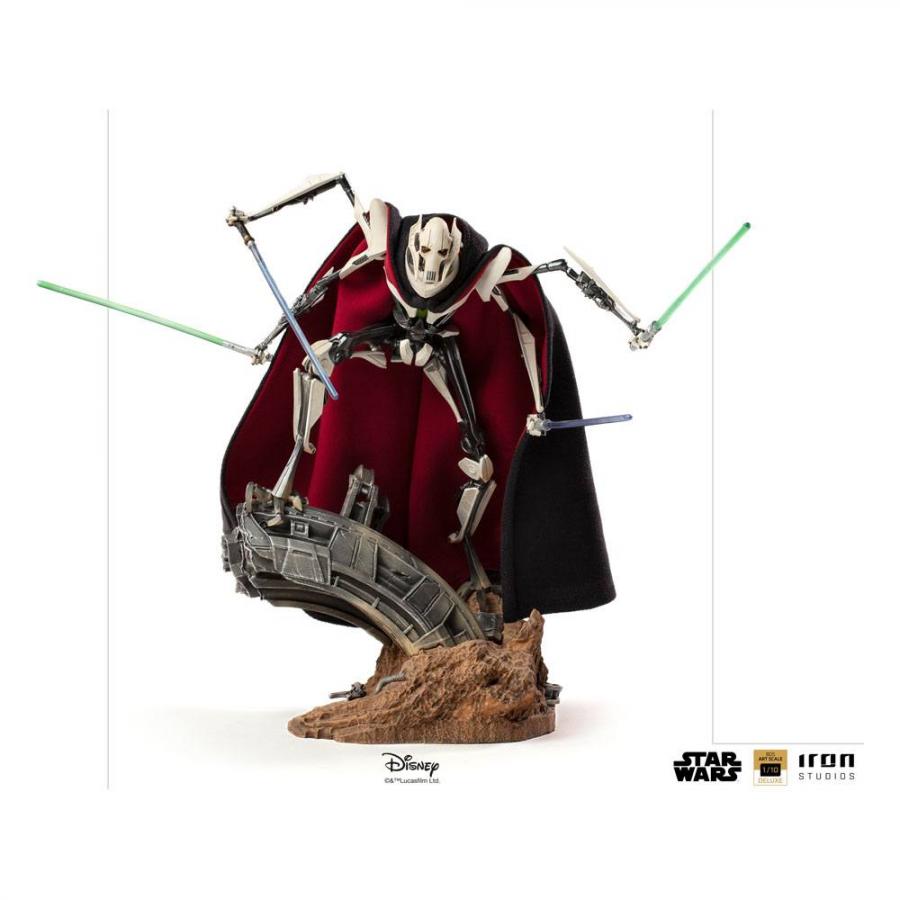 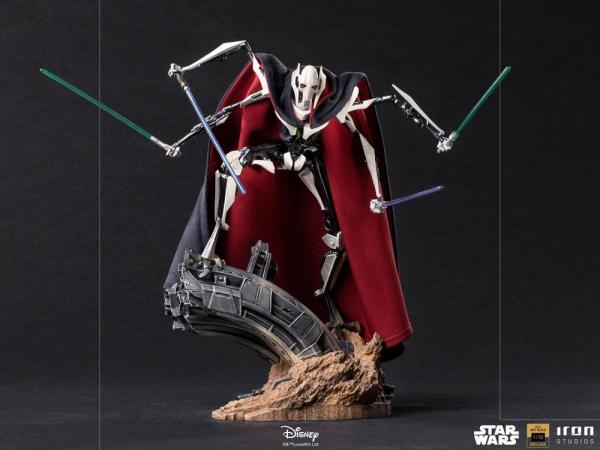 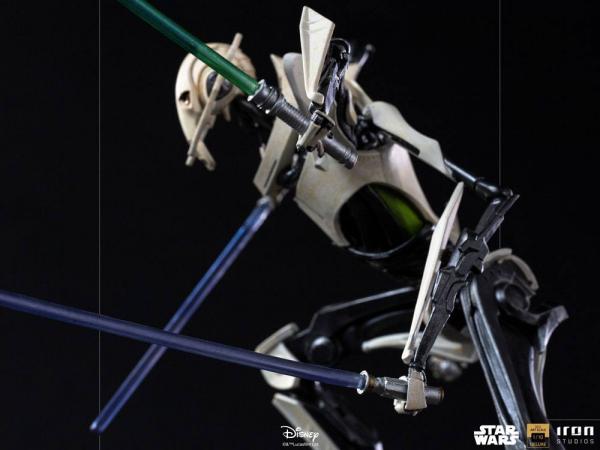 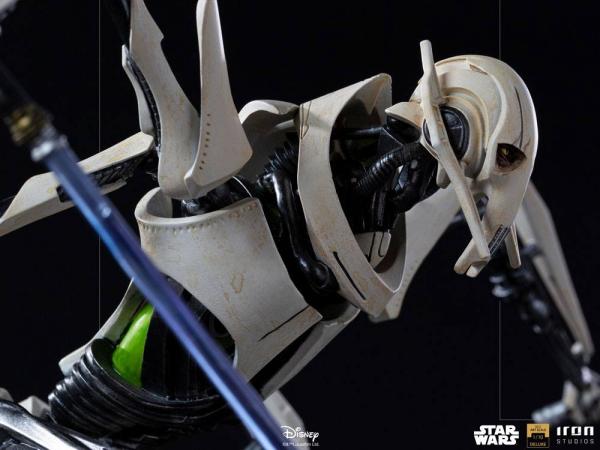 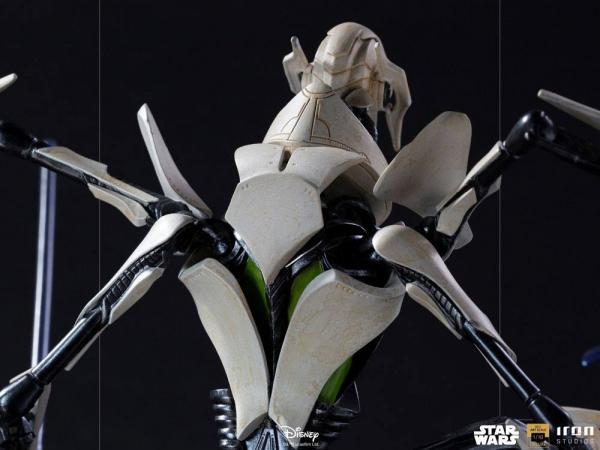 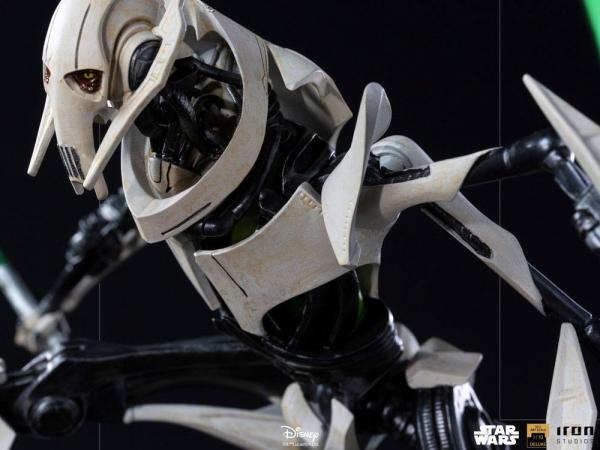 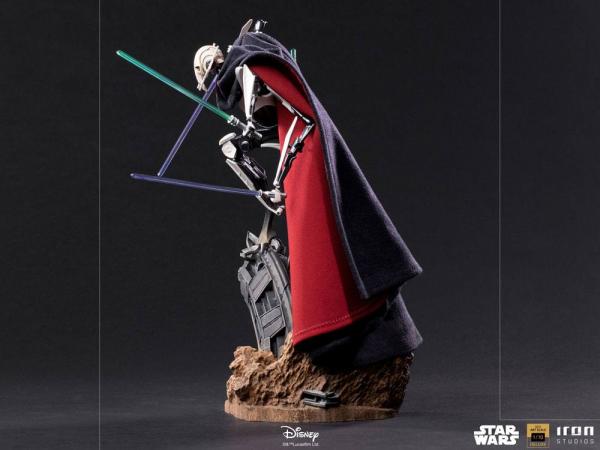 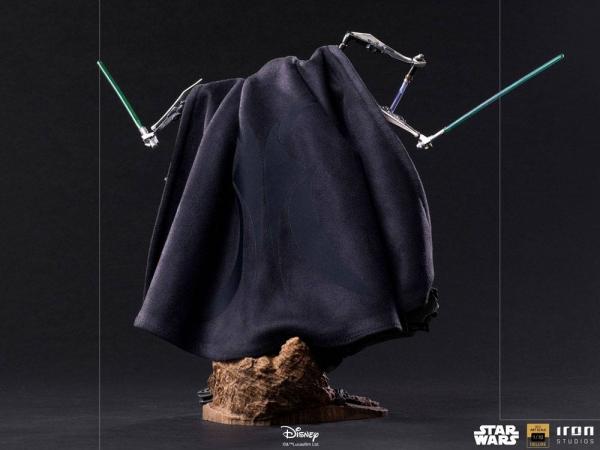 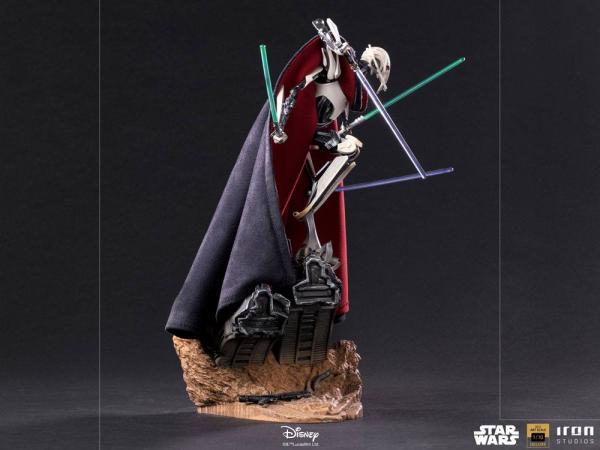 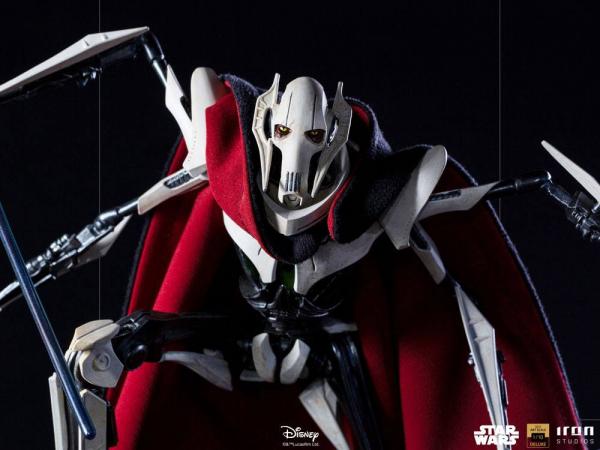 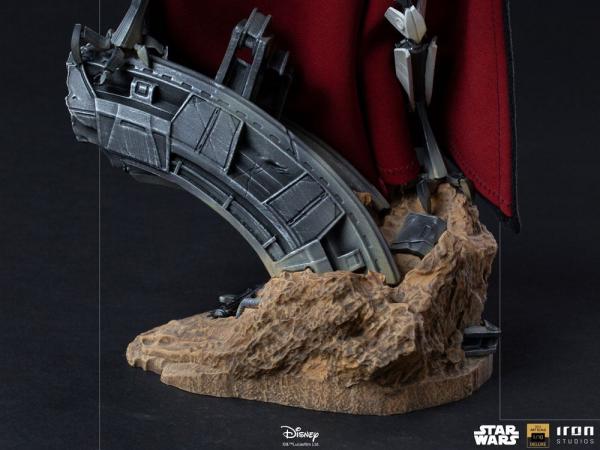 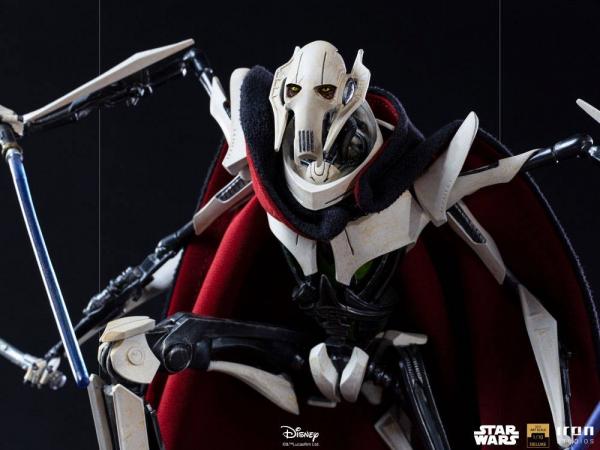 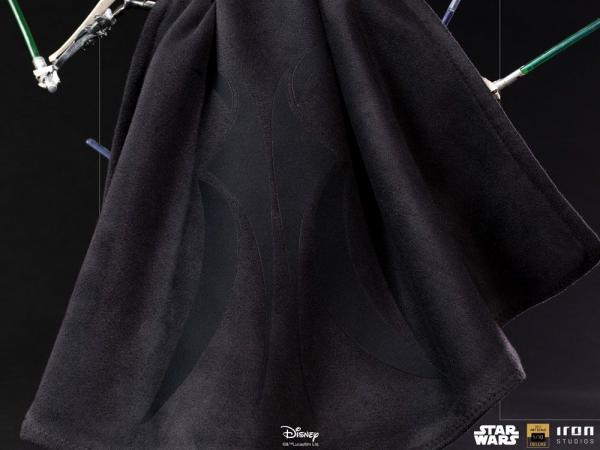 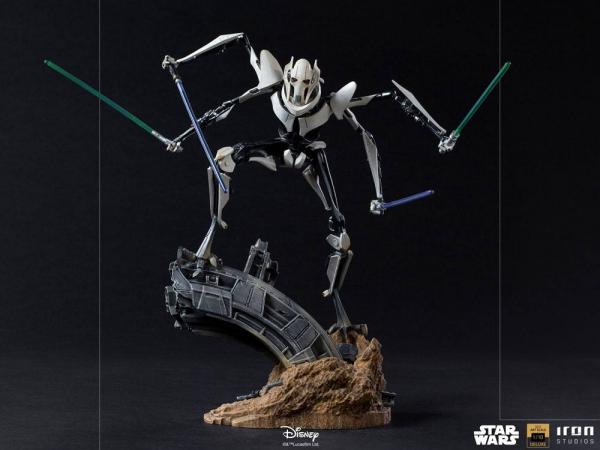 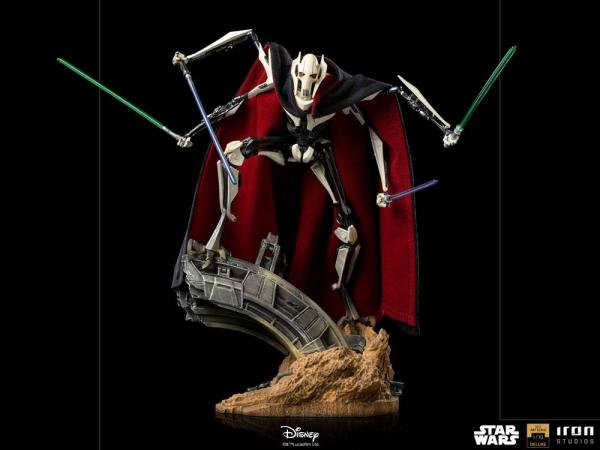 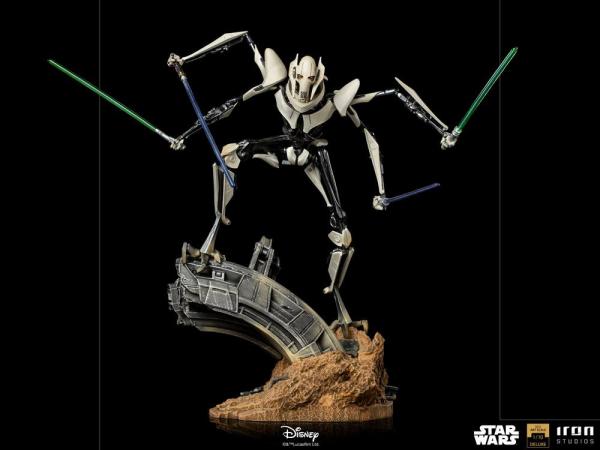 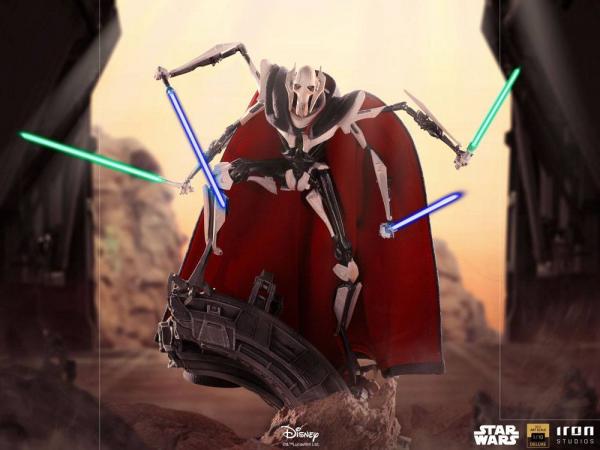 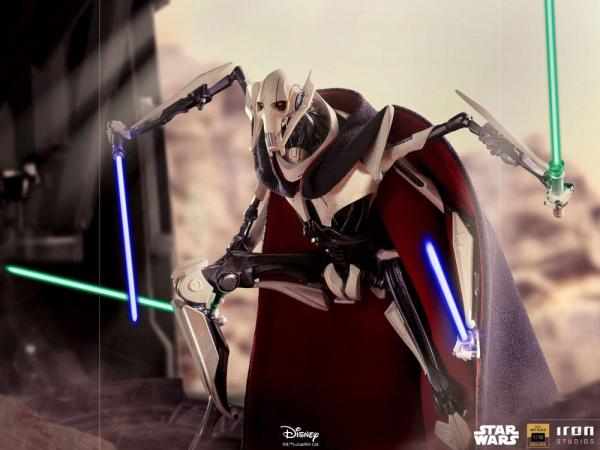 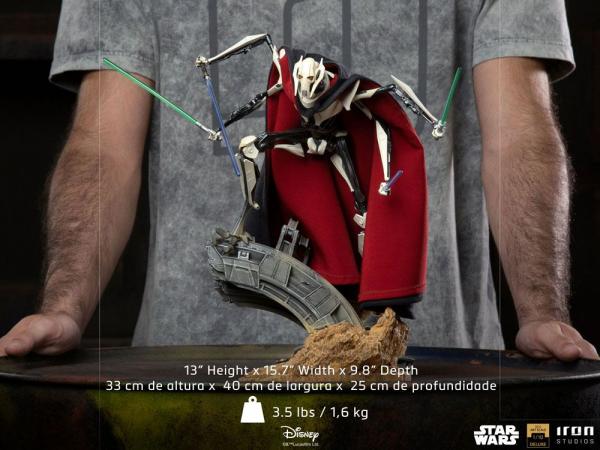 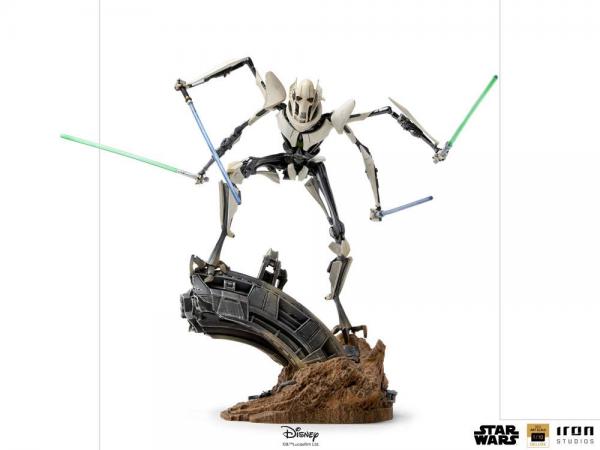 With a cyborg body made of cyber parts, to increase his combat capabilities and equipped with four mechanical arms, Iron Studios proudly presents its "General Grievous Deluxe BDS Art Scale 1/10 - Star Wars - Iron Studios" statue, the relentless villain presented in the second Star Wars trilogy and commander of the separatist droid army during the Clone Wars.

Wielding four different lightsabers, combat spoils with brave Jedi knights who dared to face him, this feared warlord imposes fear on his enemies through his cold yellow eyes, one of his few organic parts, hidden by relics from his past, like his real face behind a mask and a removable cover made of fabric that covers his robotic body, adornments that are characteristic of his species. On a diorama base that refers to a battlefield, supported by technological metallic remains, embedded in the surface of arid terrain, this fearsome enemy of the Jedi Order and the Galactic Republic poses, prepared to exterminate anyone who gets in his way.

Grievous is native to the planet Kalee, a world inhabited by a red-skinned reptilian humanoid race, the Kaleesh. In the past, he was a warrior who became an expert in military strategy and tactics, but after suffering a serious accident that almost killed him and destroyed most of his body, he received several cybernetic implants, making his body more machine than living tissue, which caused him to acquire a characteristic of his own, a chronic cough, which was caused by the irritation in his lungs due to the changes in his body. Serving the Sith lords Darth Sidious (at the time, still Senator Palpatine) and his disciple Darth Tyranus (former Jedi Count Dooku), Grievous became the General of the Confederacy of Independent Systems, and a noted Jedi hunter.

This release marks the celebration of May 4th by Iron Studios: May the fourth be with you, Star Wars Day! And the list of news is just beginning! Iron Studios is preparing many surprises to add to the collection of the most iconic and legendary characters from a galaxy far, far away ... 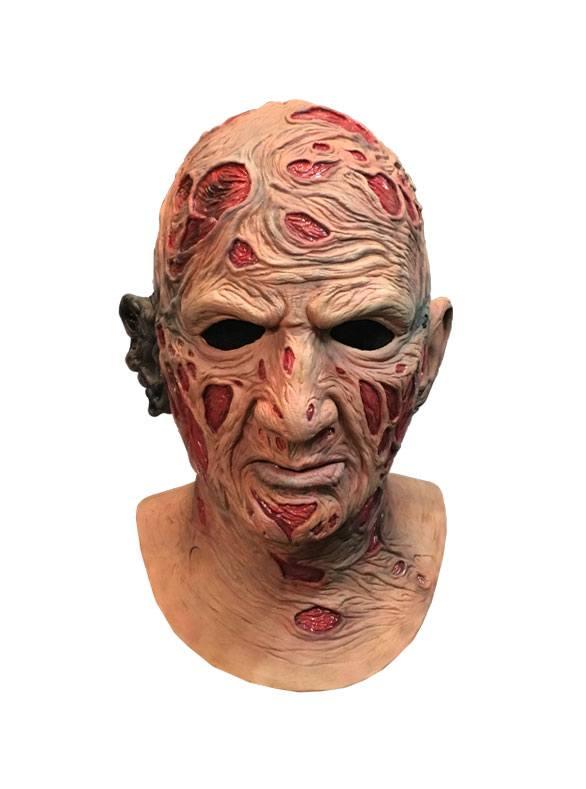