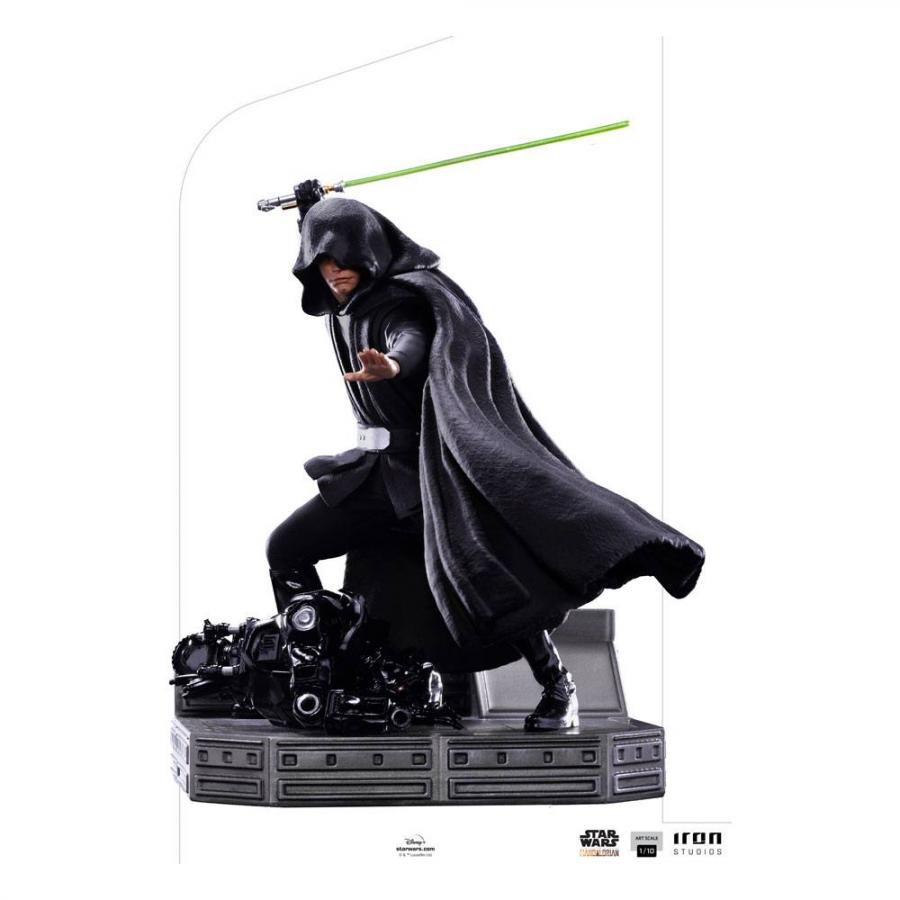 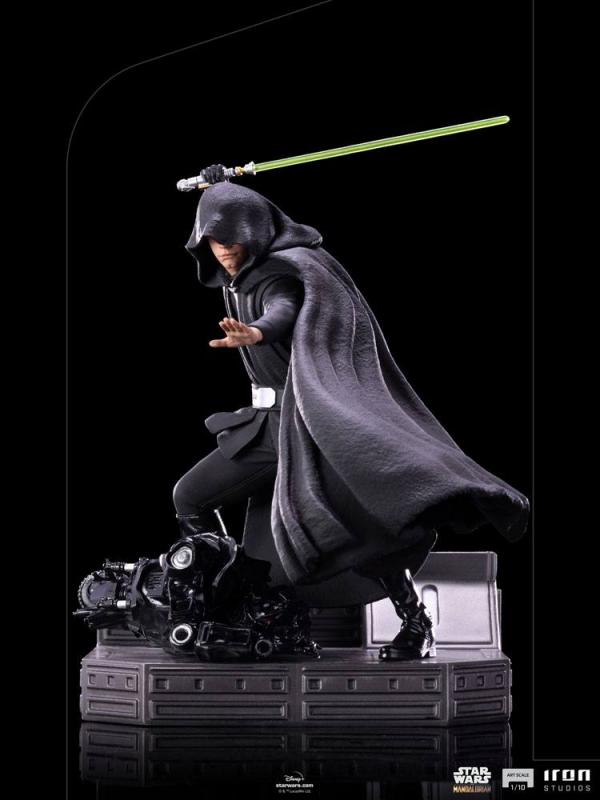 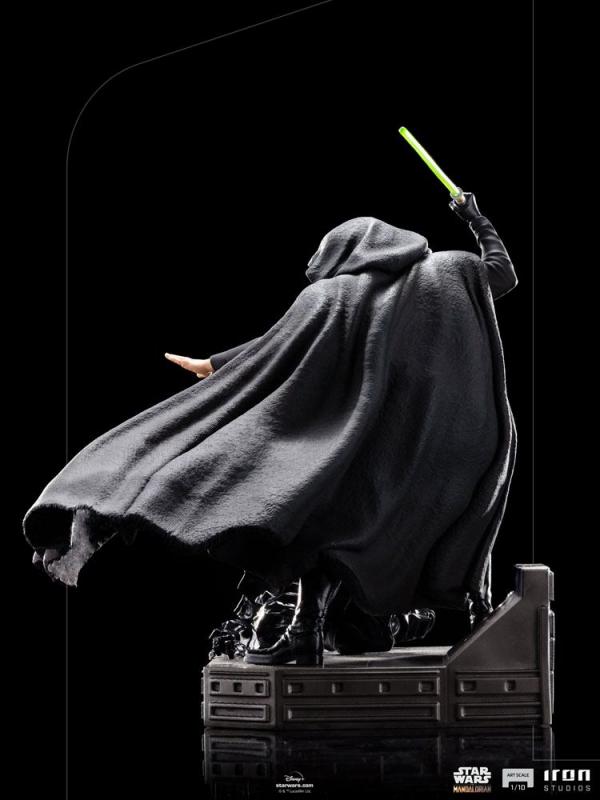 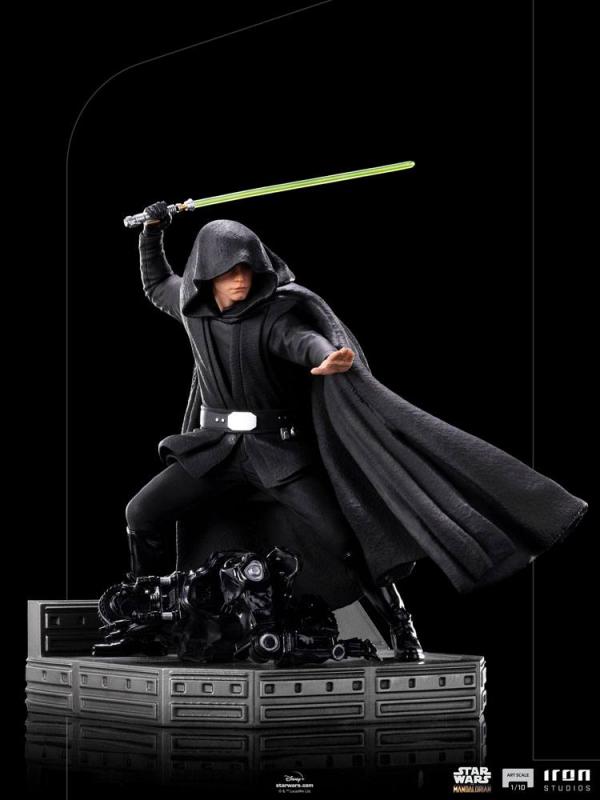 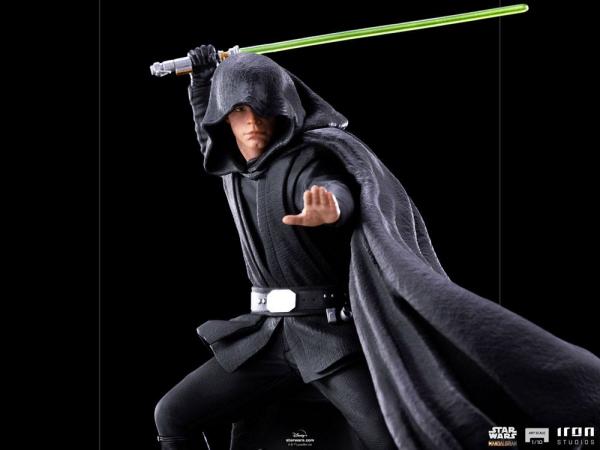 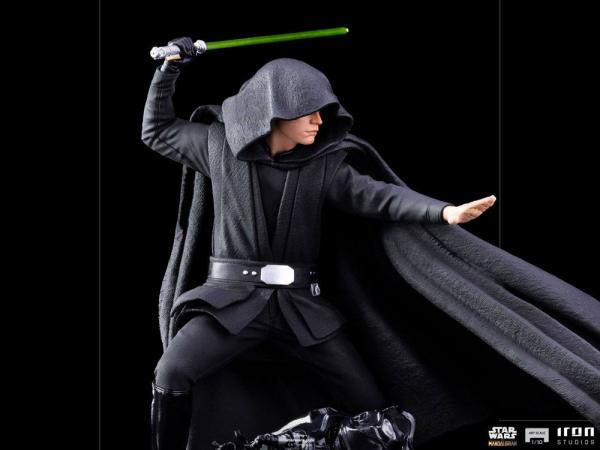 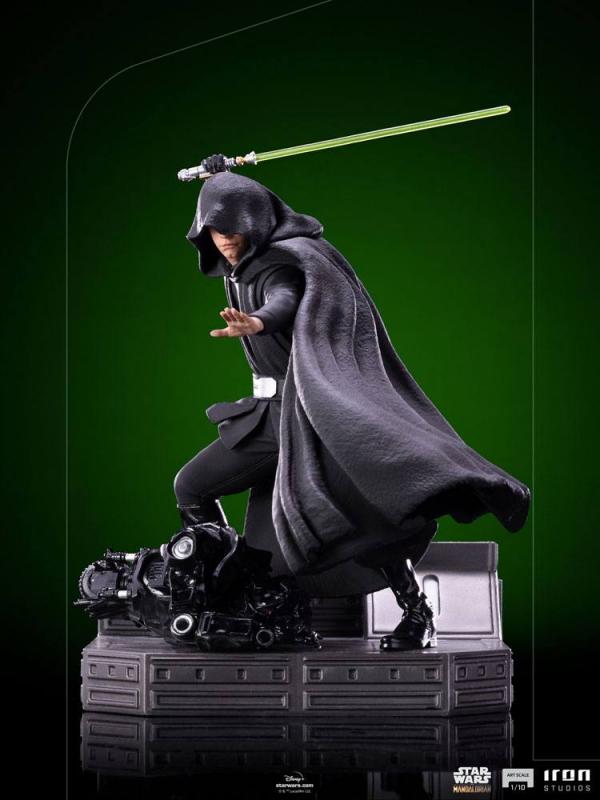 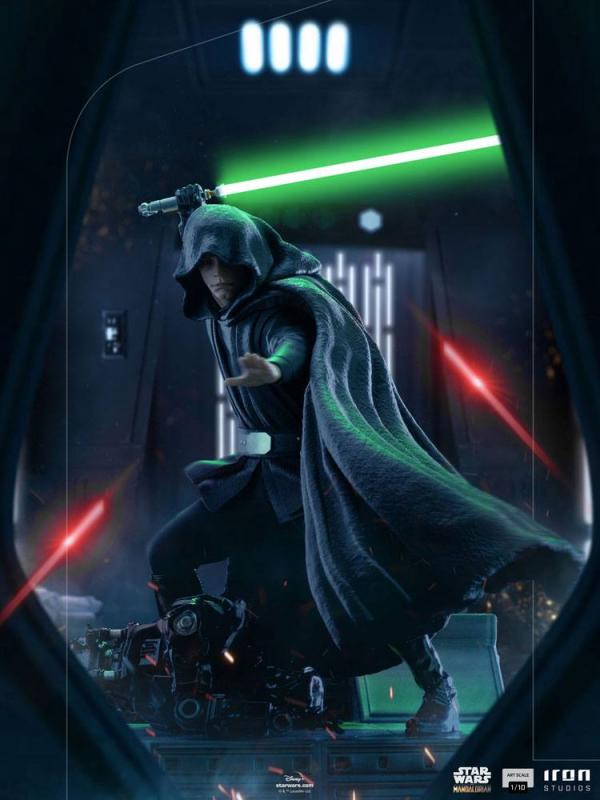 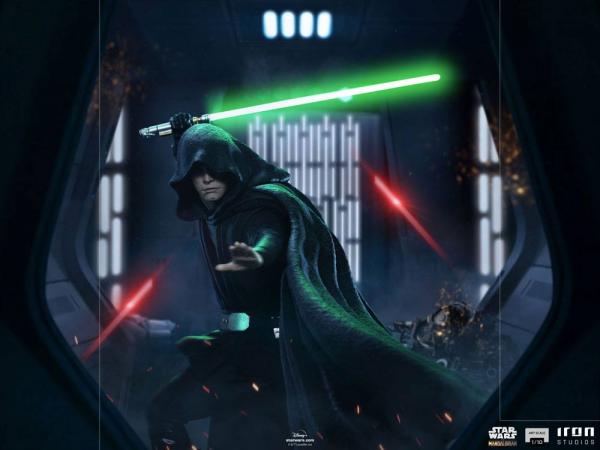 Aboard Imperial Officer Moff Gideon's light cruiser spacecraft, the enigmatic figure of a Jedi Master, wearing a black hooded cloak, uses all his skill and connection to the power of Force with his left hand. In his right hand, with a glove, he masterfully wields a green lightsaber. At his feet lies the metallic remains of a deadly Dark Trooper droid, part of a security squad that tries in vain to stop the relentless warrior. Inspired by one of the most memorable scenes from the last episode of season 2 of the series The Mandalorian, Iron Studios presents the statue "Luke Skywalker BDS Combat Version - Art Scale 1/0 - The Mandalorian", featuring the greatest hero of the Star Wars saga in his unexpected appearance on the Disney+ streaming series.

When Grogu (Baby Yoda) was in a trance-like state in the so-called Seer Stone, in the ancient ruins of a temple on the planet Tython, the small child sent a signal apparently received by Luke Skywalker, who promptly came to his rescue at a decisive moment. Using his skills as a Jedi Master, Luke faced and defeated, an entire platoon of Dark Trooper droids in a shocking scene that thrilled fans around the world. In the end, Luke becomes the child's new protector, given to him by his previous guardian, Din Djarin (Mando). 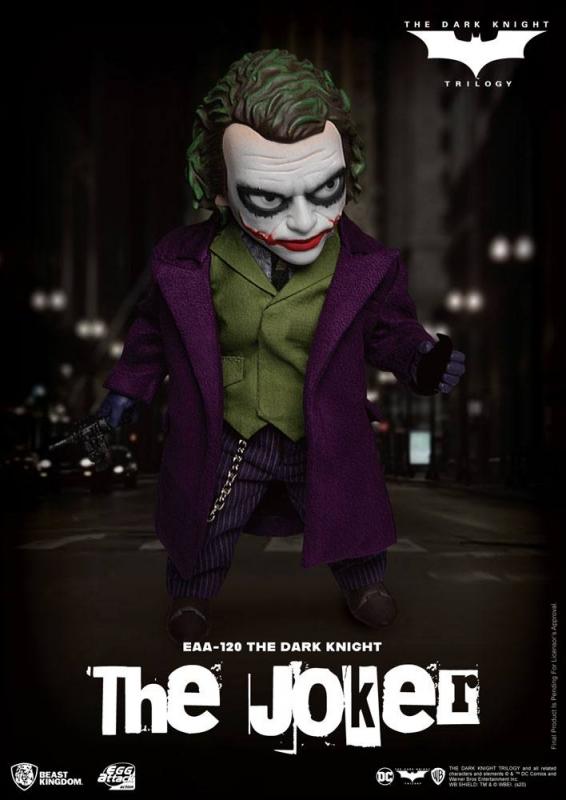 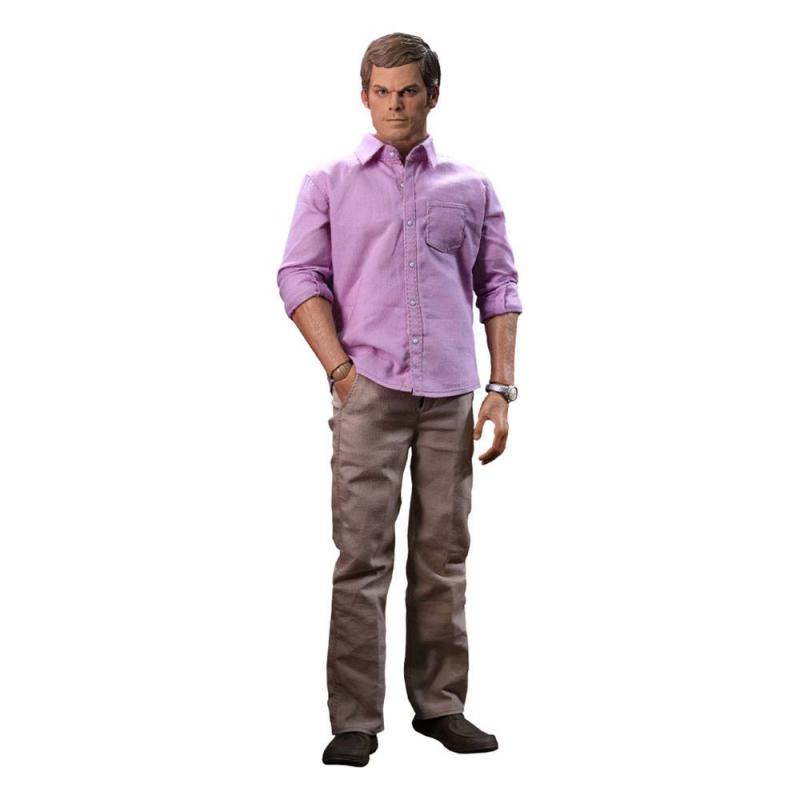 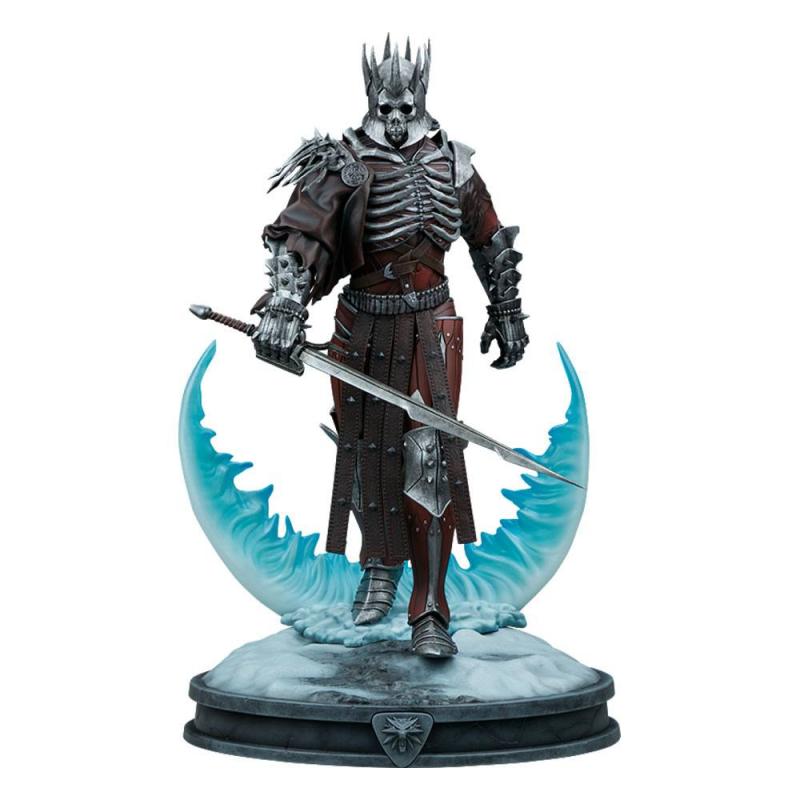 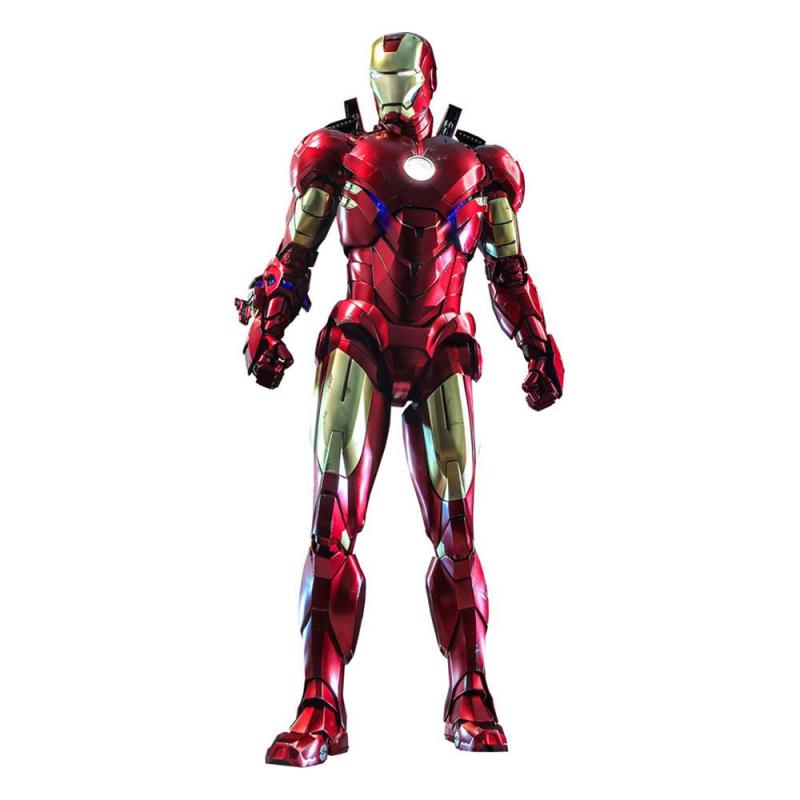 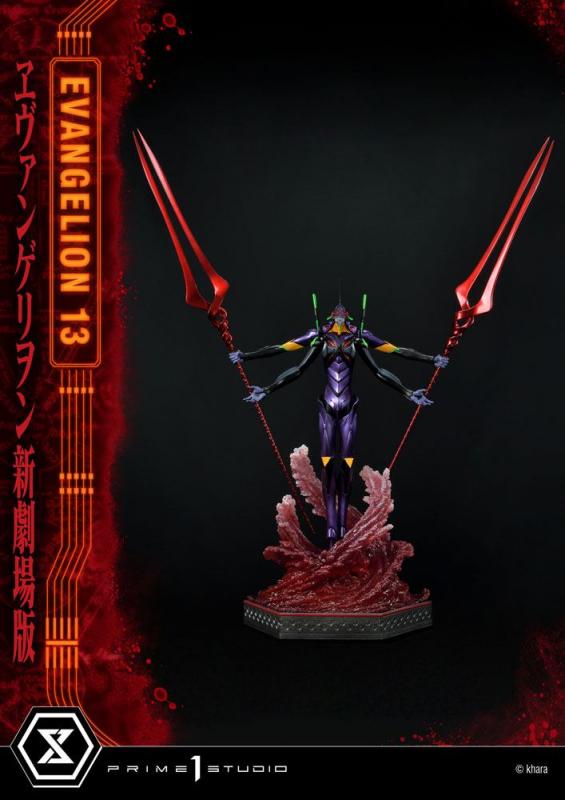