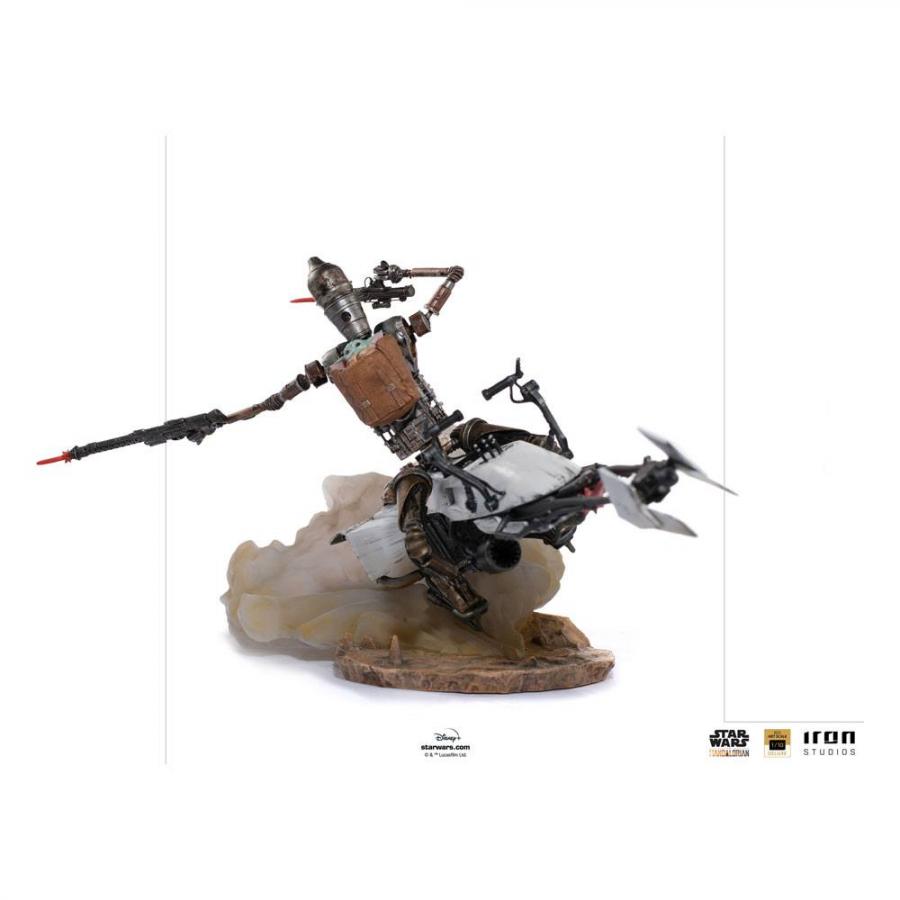 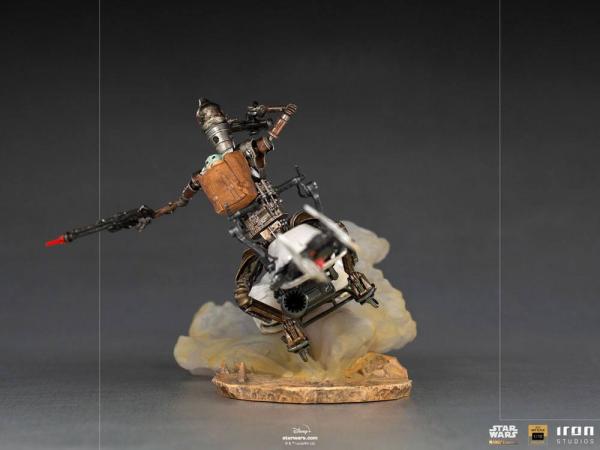 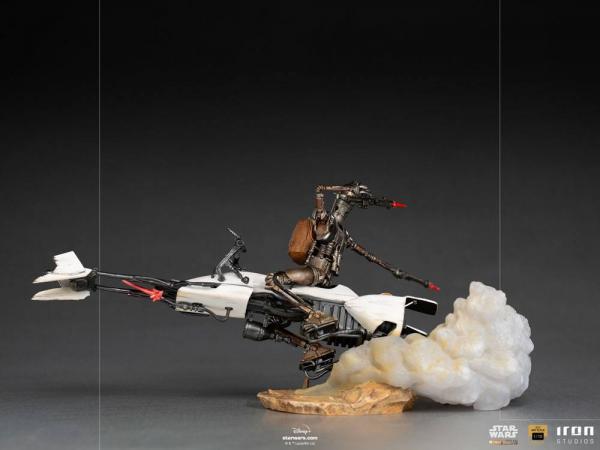 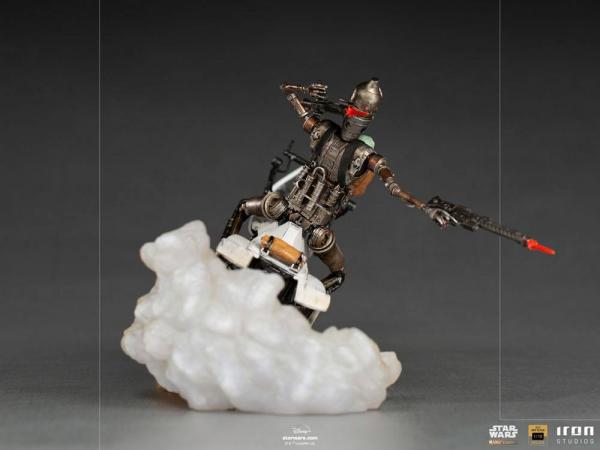 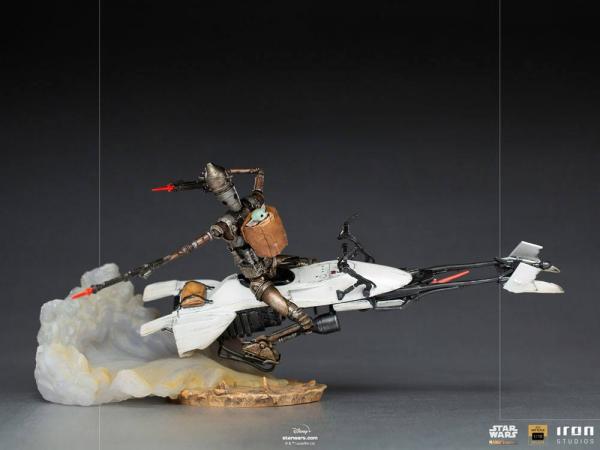 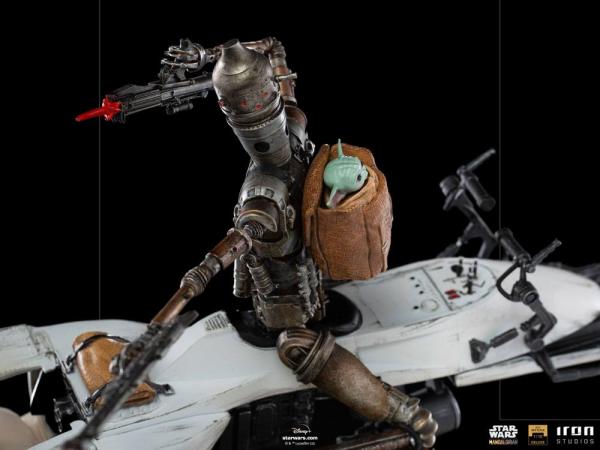 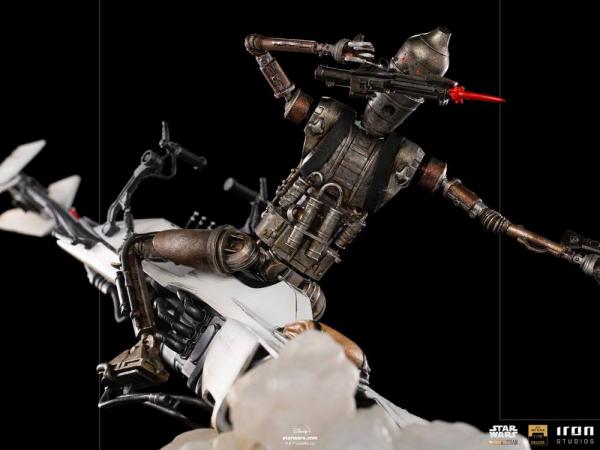 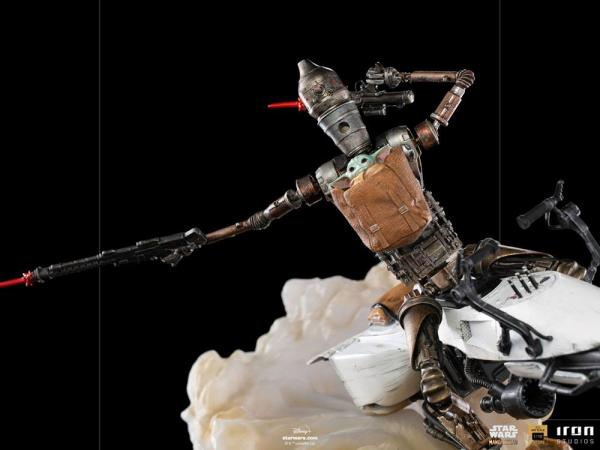 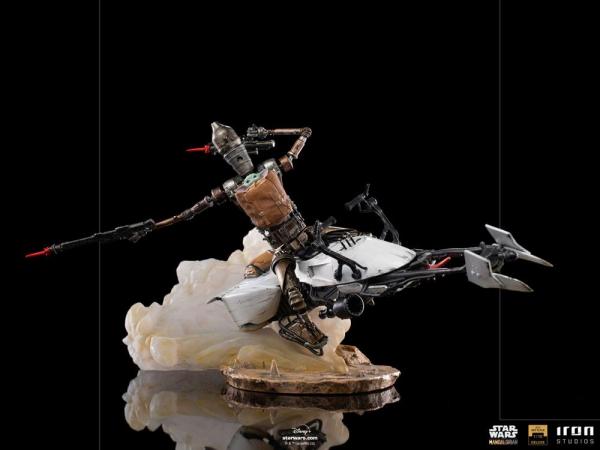 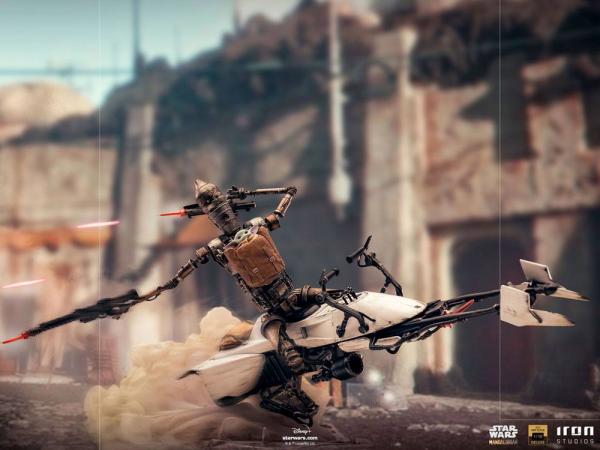 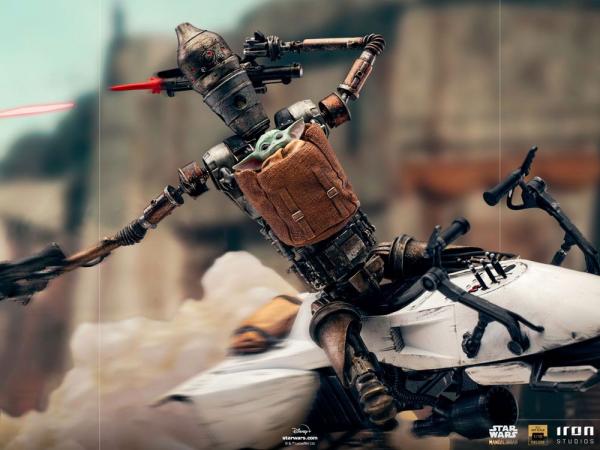 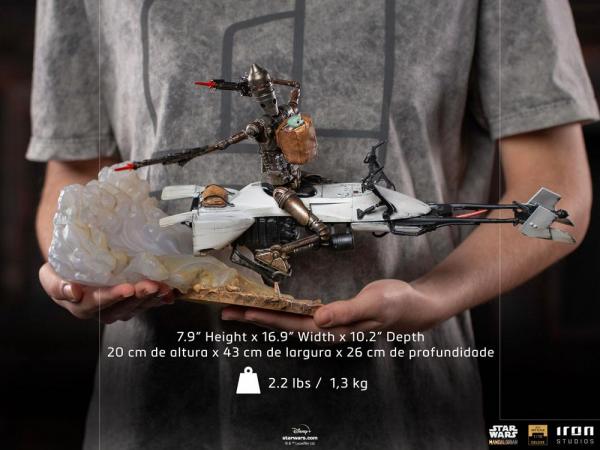 On the remote planet Arvala-7, a desert, rocky and barren world, Grogu, a cub of the same species as the late Jedi Master Yoda, is in a mercenary camp, being held hostage. He is targeted by the relentless droid IG-11, which had been designed to follow Bounty Hunters' Guild protocols, with a mission to eliminate the child. Destroyed and deactivated by Mandalorian bounty hunter Din Djarin, better known as Mando, IG-11 was repaired and reprogrammed by Farmer Kuiil to protect Grogu, thus becoming the child's guardian and ally of Mando.

After rescuing Grogu from two Imperial Scout Troopers, on a mission to the planet Nevarro, IG-11 left for the local town to save Mando and his companions, trapped in a canteen by Moff Gideon's Imperial troops. Riding one of the downed Scout's Speeder Bikes and with his new duty to care and protect, IG-11 keeps Grogu safe in a bag strapped to his chest as he approaches the enemies, mounted on the fast floating vehicle, as seen in the series, in Chapter 8: Redemption, from season one.

Like a fearless gunslinger from the wild west, riding through the city and eliminating evildoers, IG-11, mounted on a Speeder Bike, invades Nevarro's city, thus raising a cloud of smoke and dust as he passes. He fires his blaster rifles, eliminating Imperial Stormtrooper soldiers that come his way, while protecting the little Grogu, who is attached to his chest, inside a bag like a canguru. The innocent Baby Yoda is even enjoying the situation. Thus, Iron Studios presents another emblematic moment of The Mandalorian series in the statue "IG-11 & The Child BDS Art Scale 1/10 - The Mandalorian - Iron Studios". 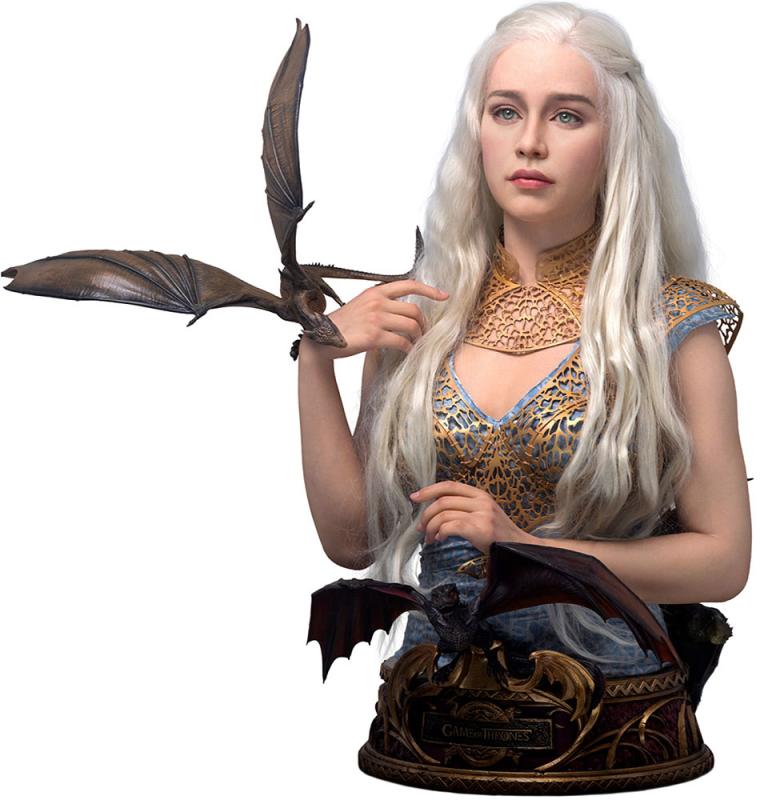 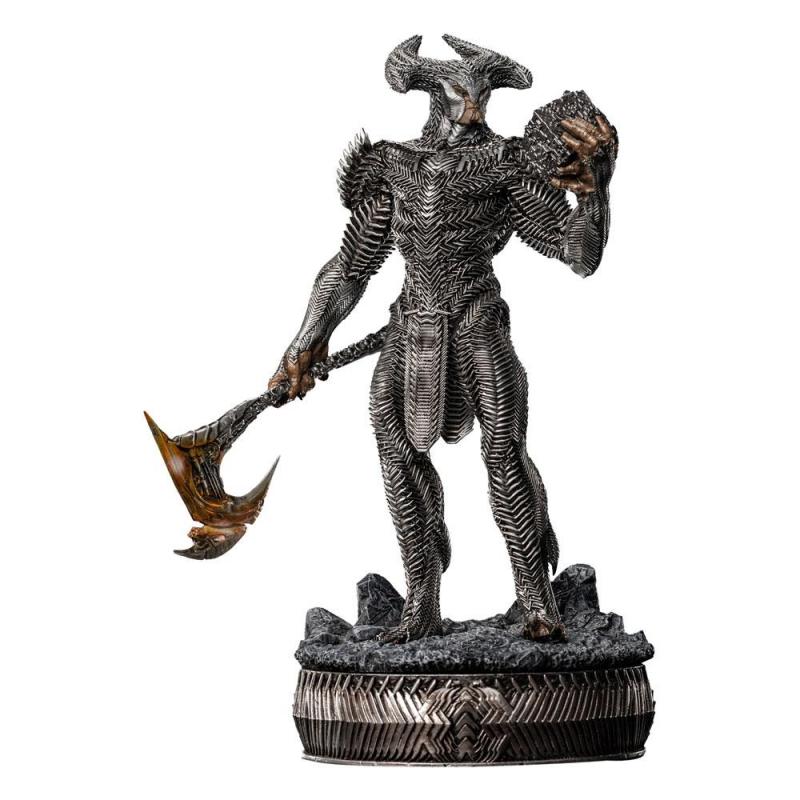 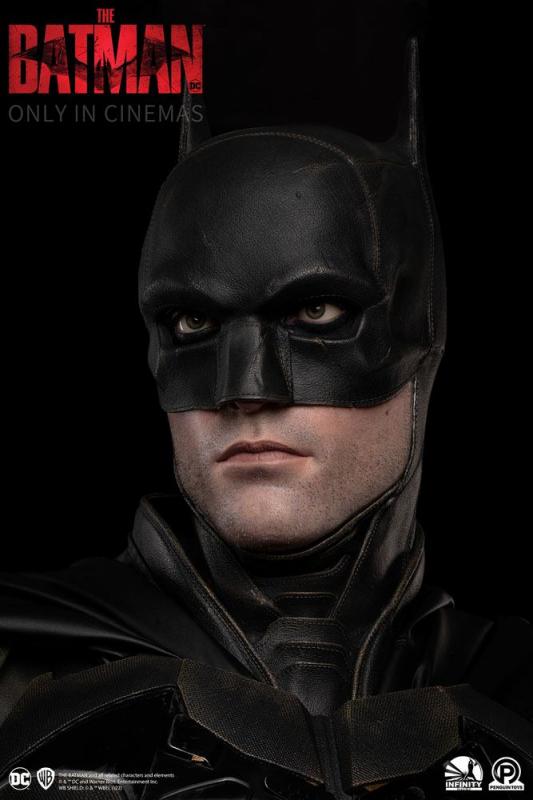 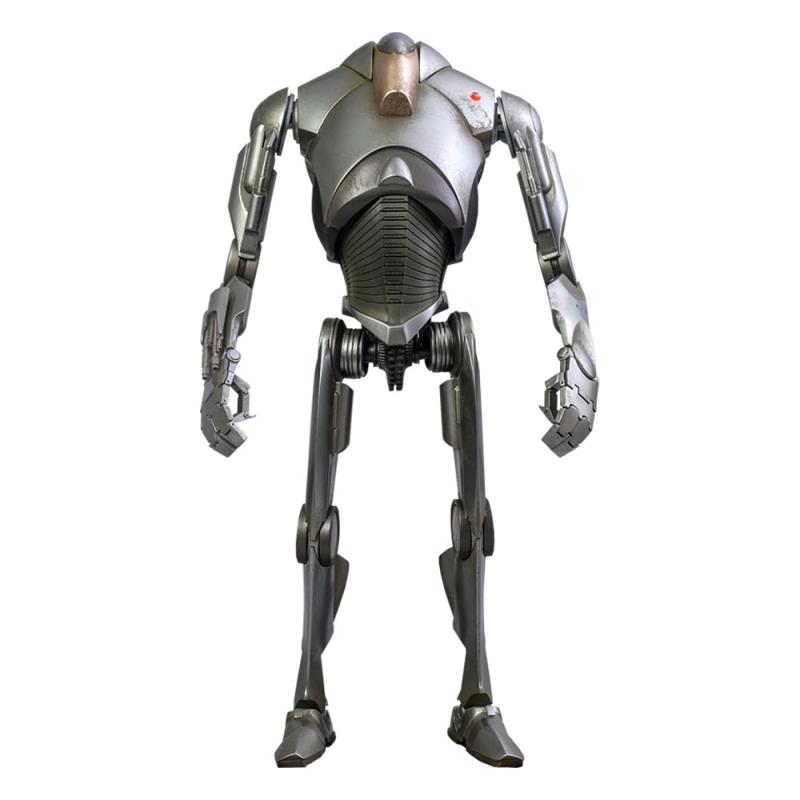 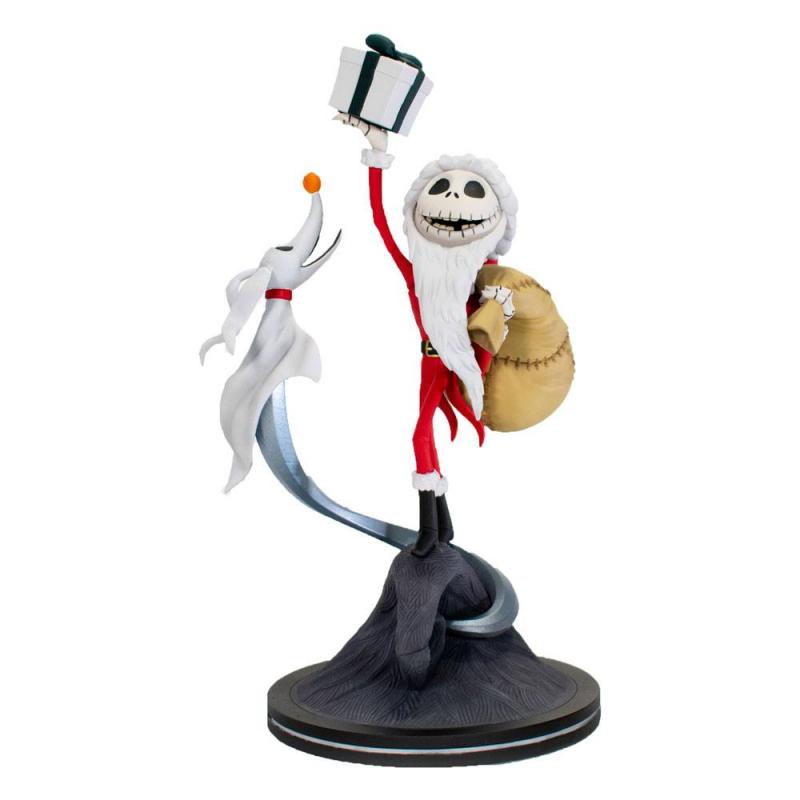 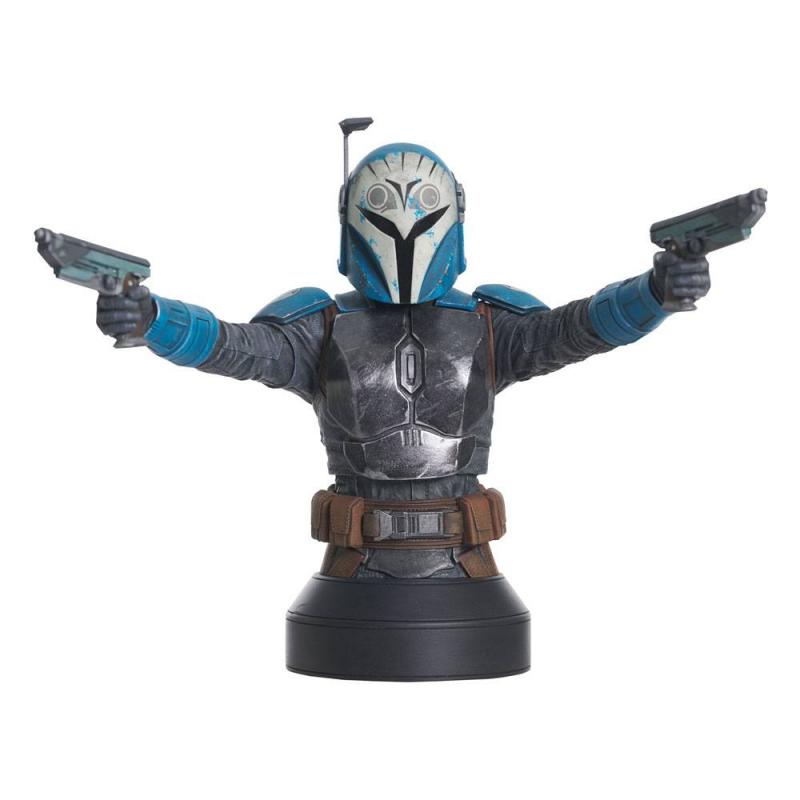