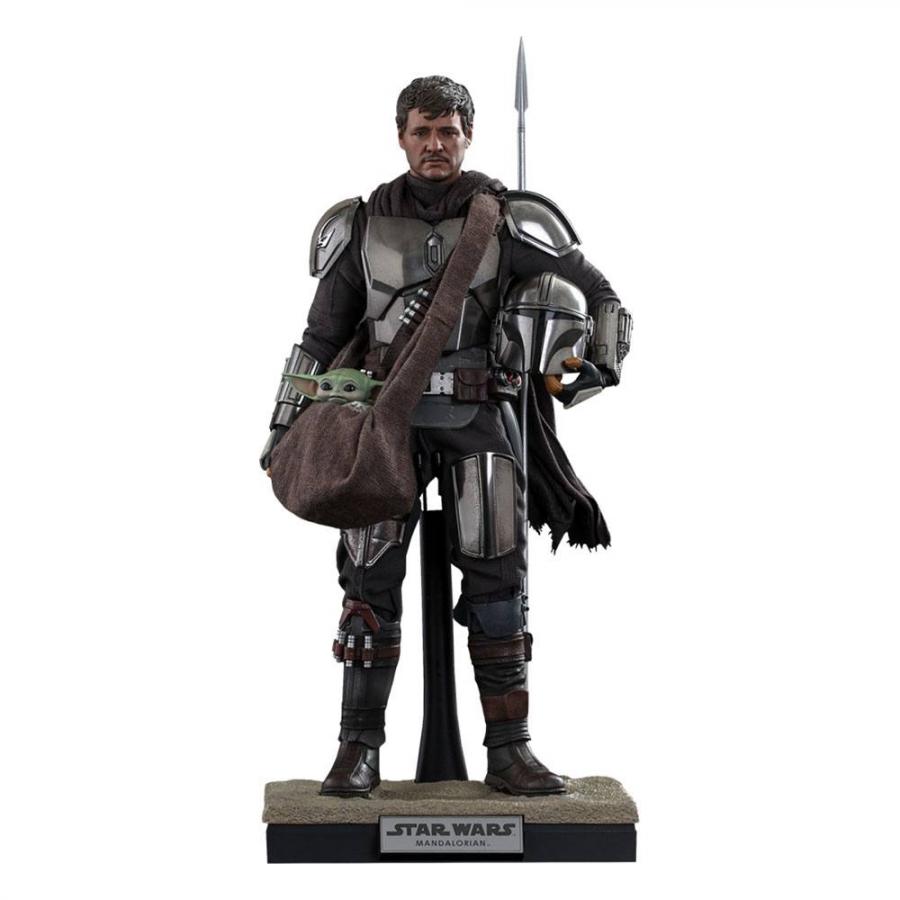 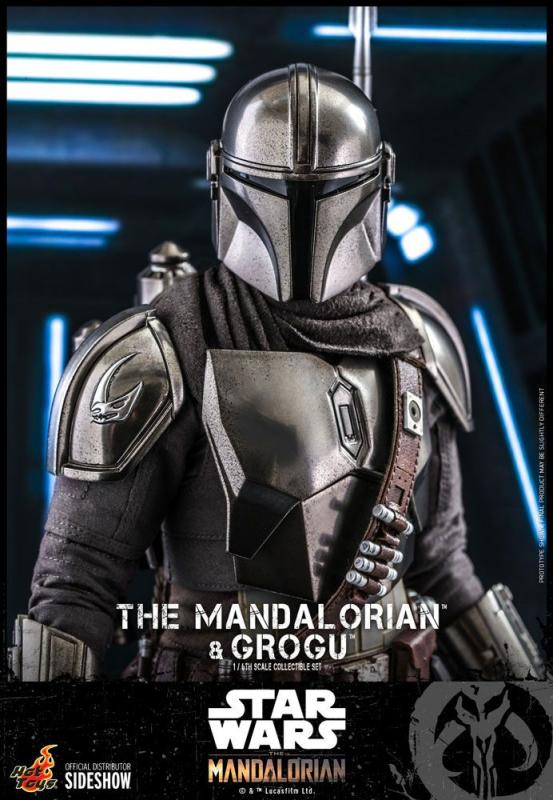 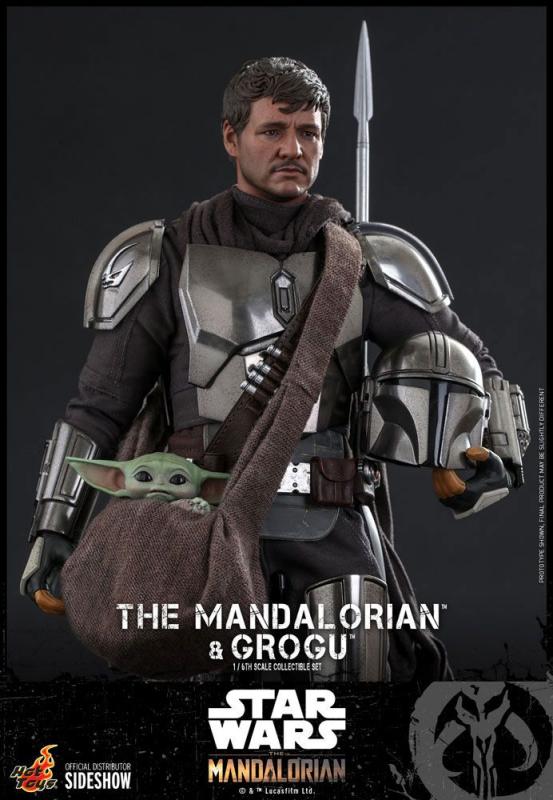 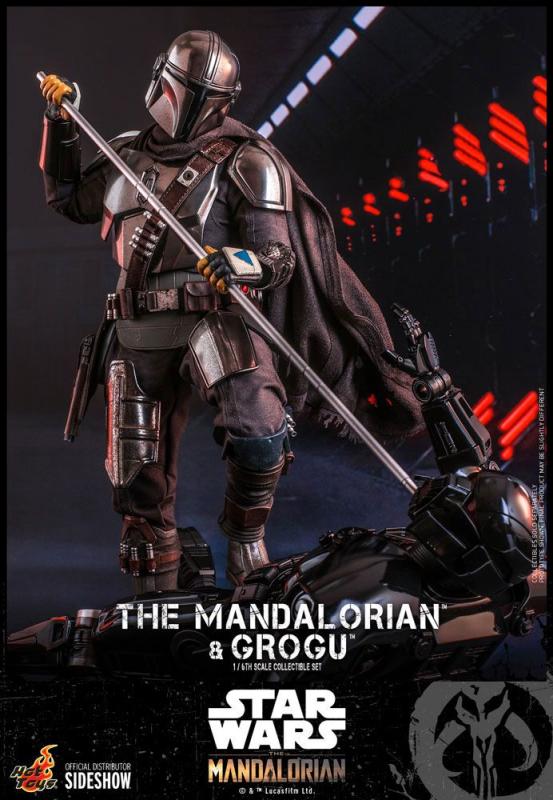 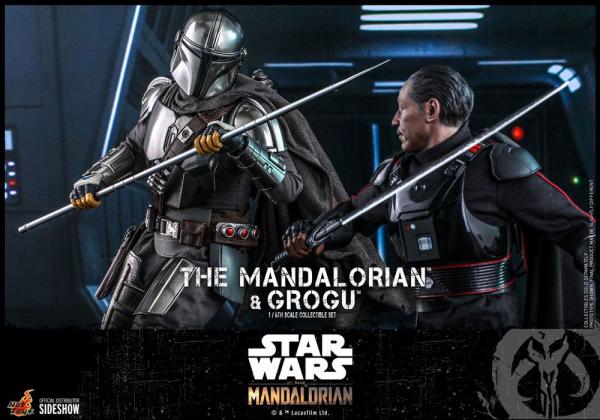 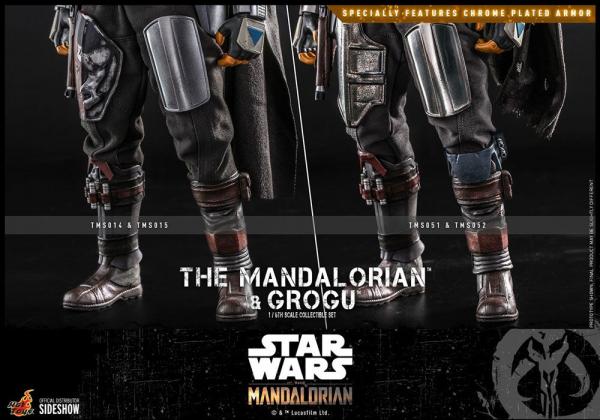 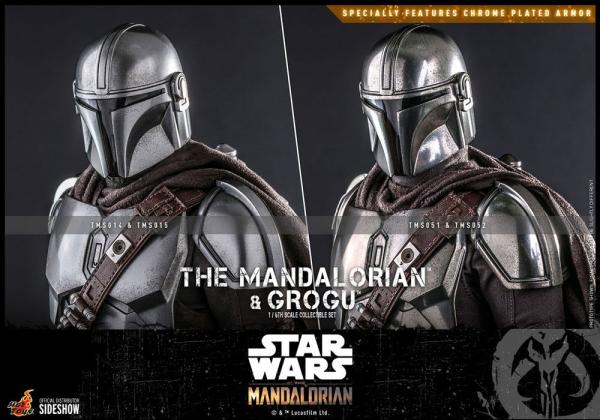 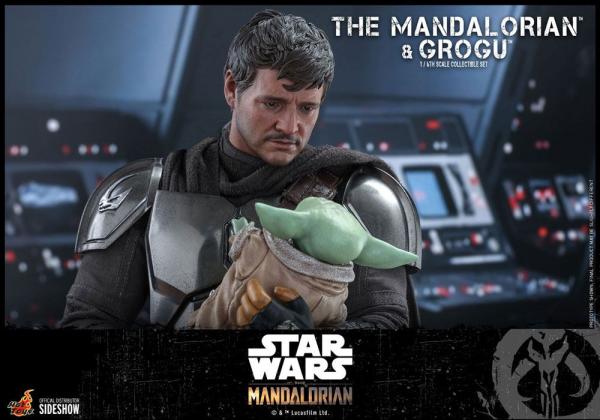 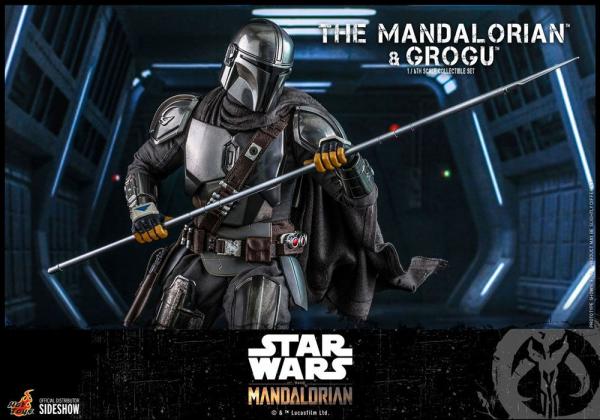 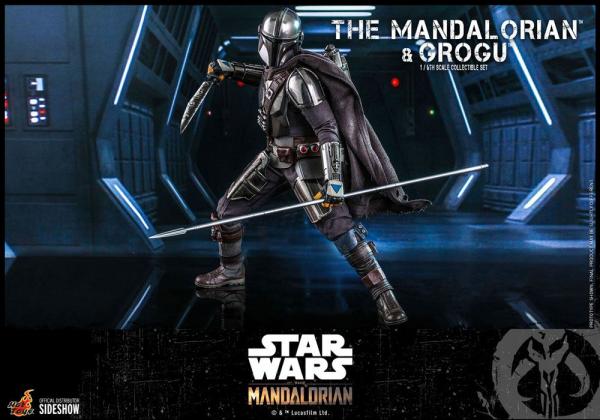 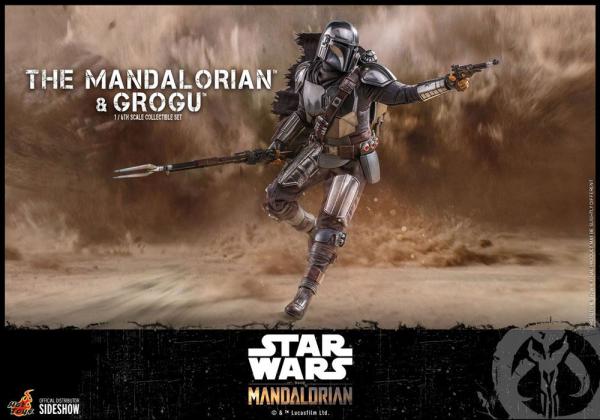 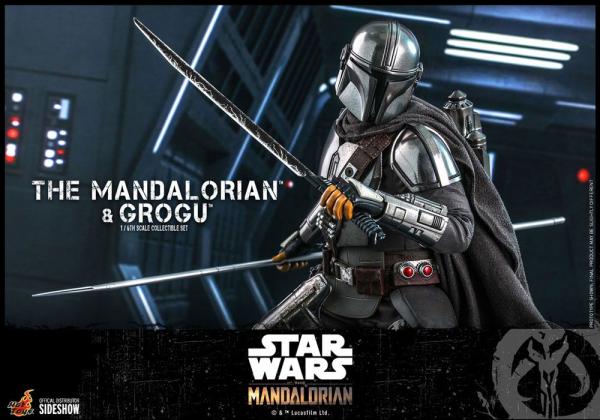 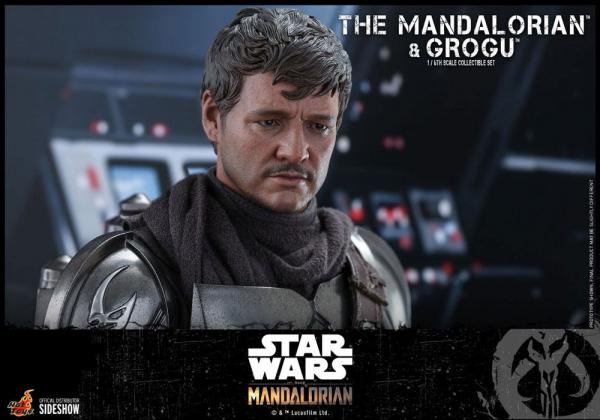 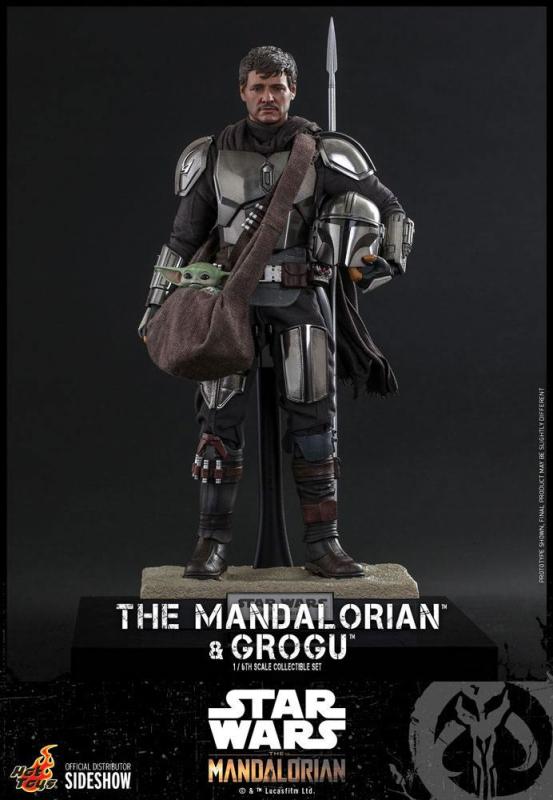 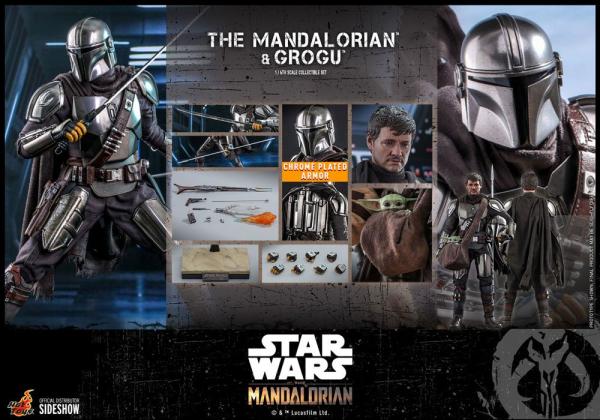 The Mandalorian™, known to a few as Din Djarin™, is a battle-worn bounty hunter, making his way through a dangerous galaxy in an uncertain age. In two seasons of the highly acclaimed The Mandalorian live-action series, Star Wars fans were captivated by Mando's extraordinary journey to return the young alien foundling Grogu™ to his kind!

Sideshow and Hot Toys are thrilled to bring an incredible addition to its widely popular The Mandalorian collectible series and officially introduce the new The Mandalorian and Grogu Sixth Scale Collectible Set!

Meticulously crafted based on his latest appearance in the live-action series, the Mandalorian sixth scale figure features a newly developed head sculpt with astonishing likeness, chrome-plated beskar helmet and armor pieces, finely tailored outfit, an attachable jetpack, Mando's iconic rifle and blaster, a selection of weapon firing effects, a darksaber, a beskar spear, and a display base!

Moreover, this collectible set specially features a standing Grogu and a pouch for Mandalorian to carry the youngling.

Don't miss the chance to have the Mandalorian and the Child in your Star Wars collection. 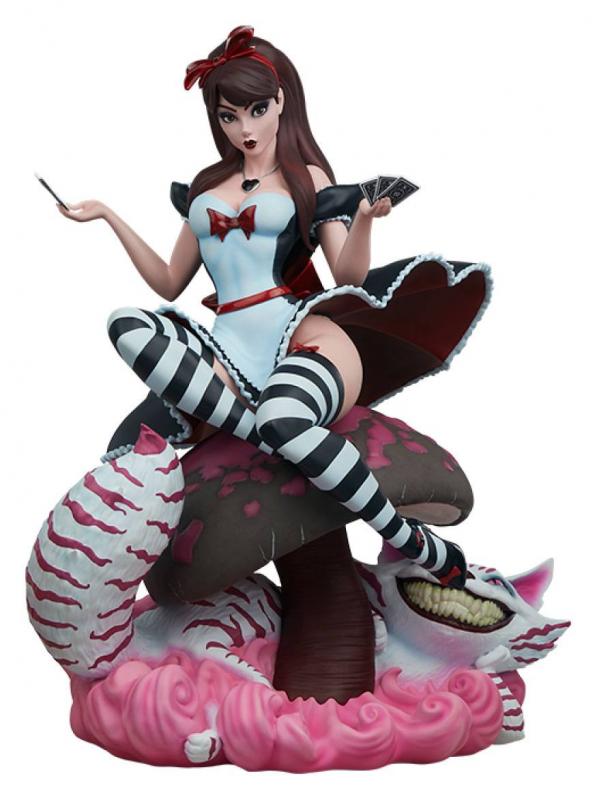 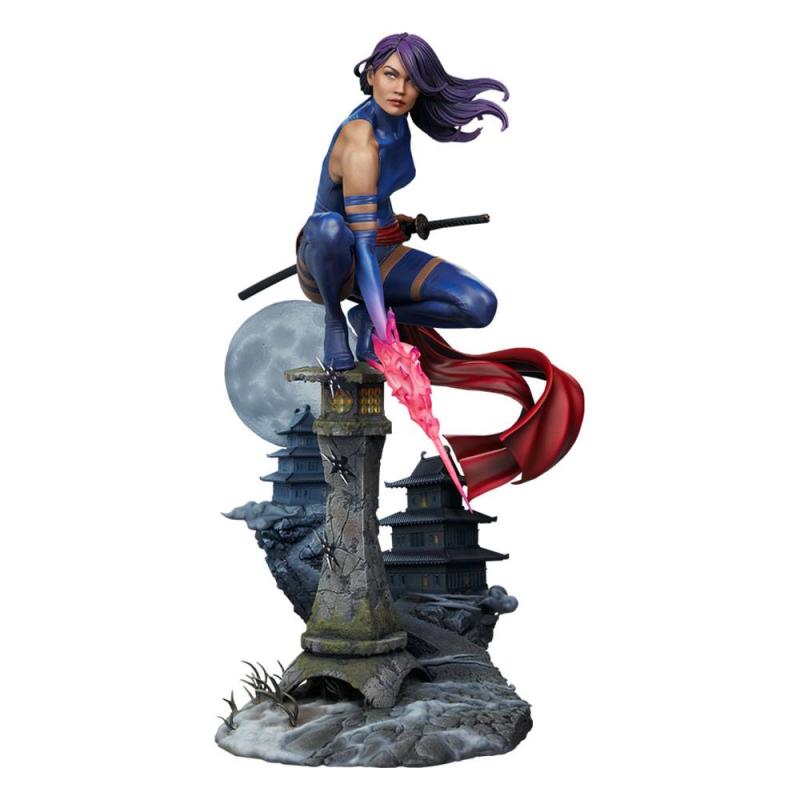 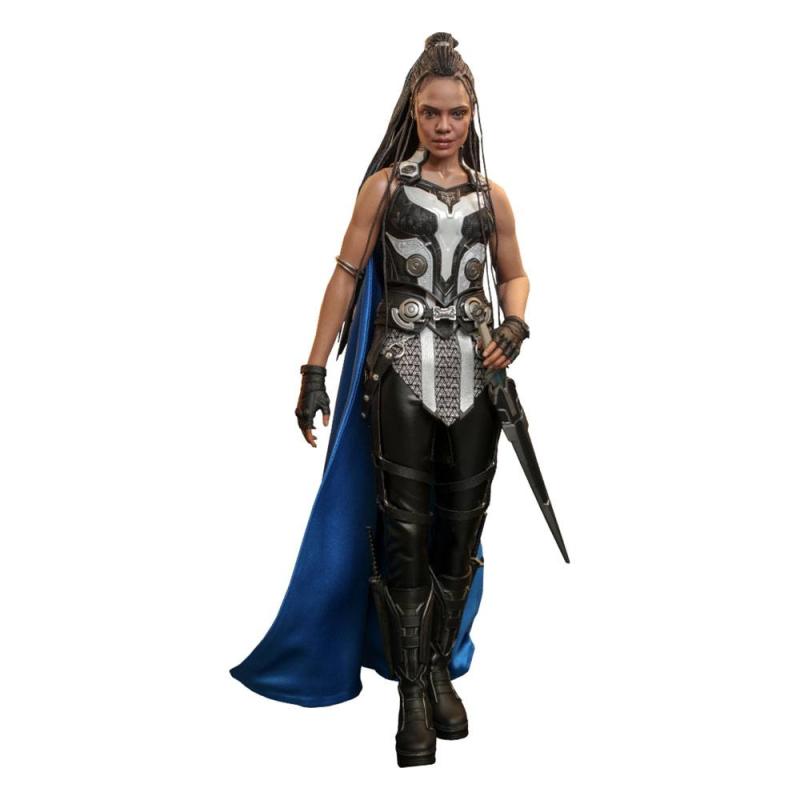 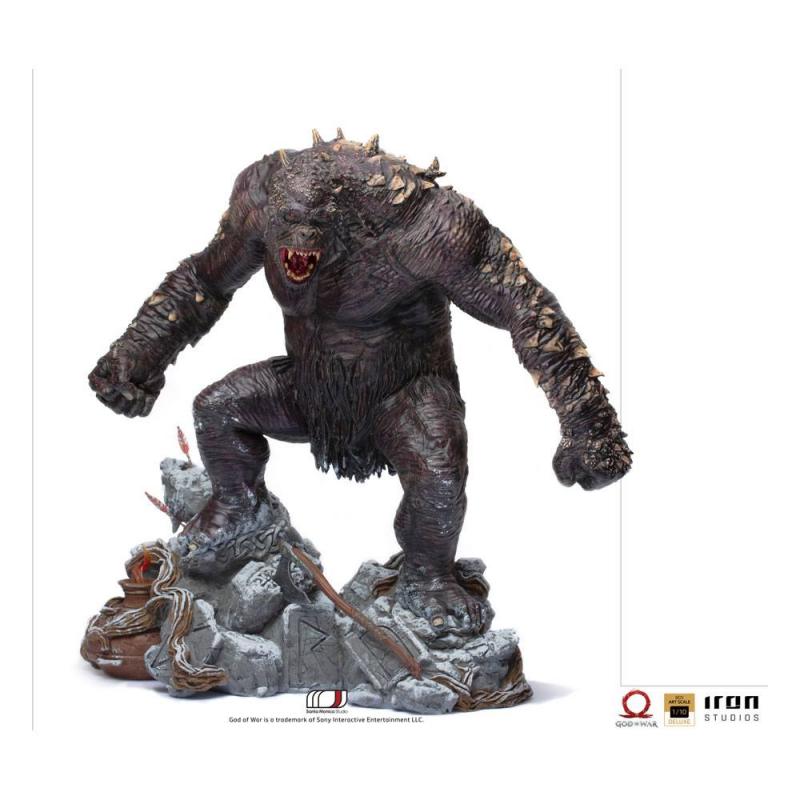 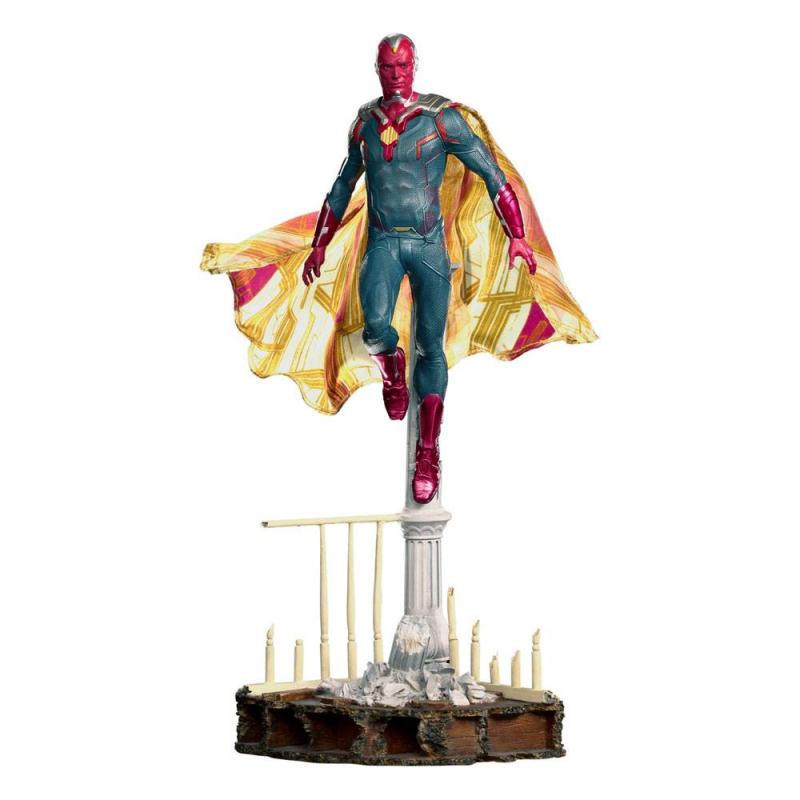