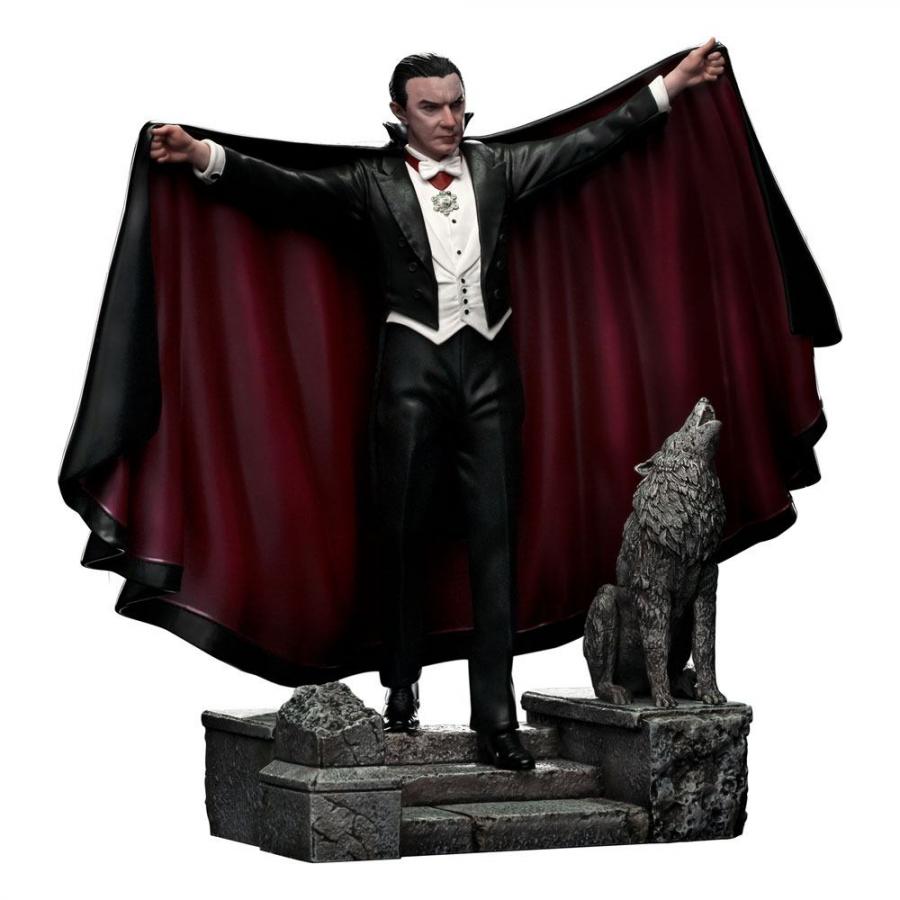 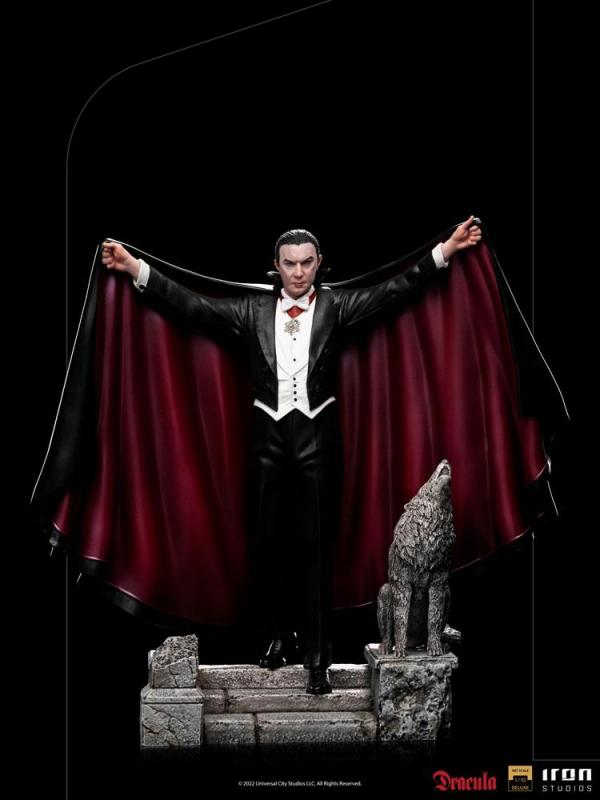 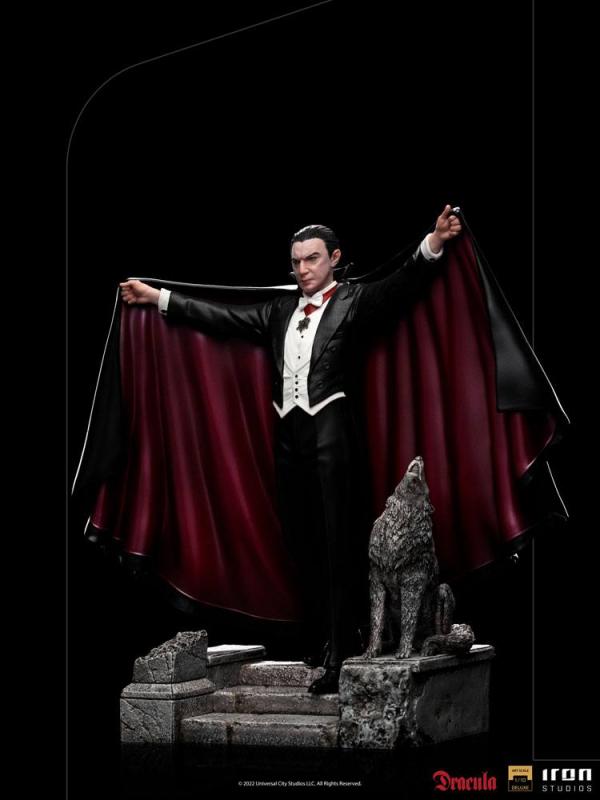 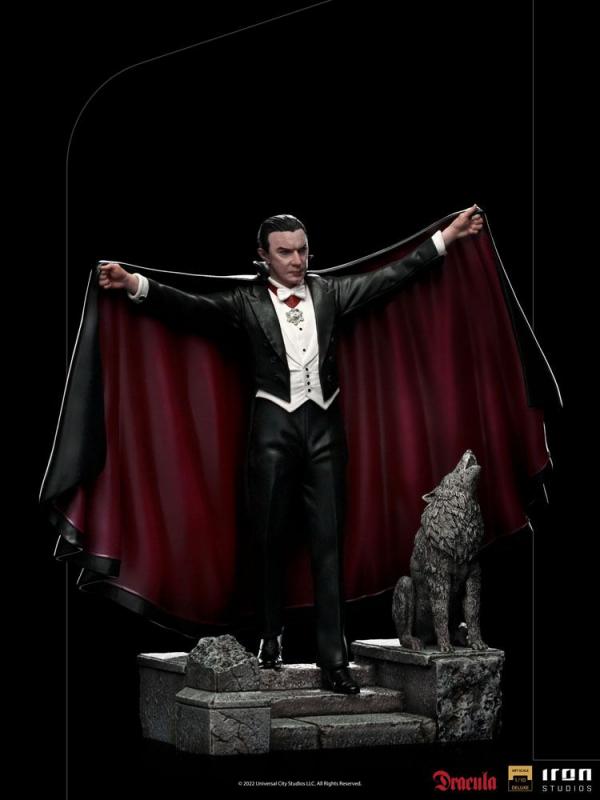 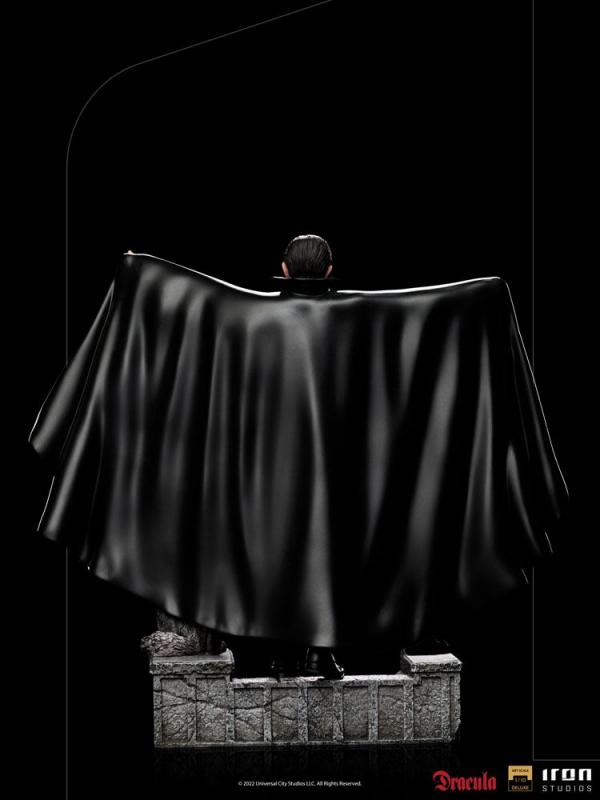 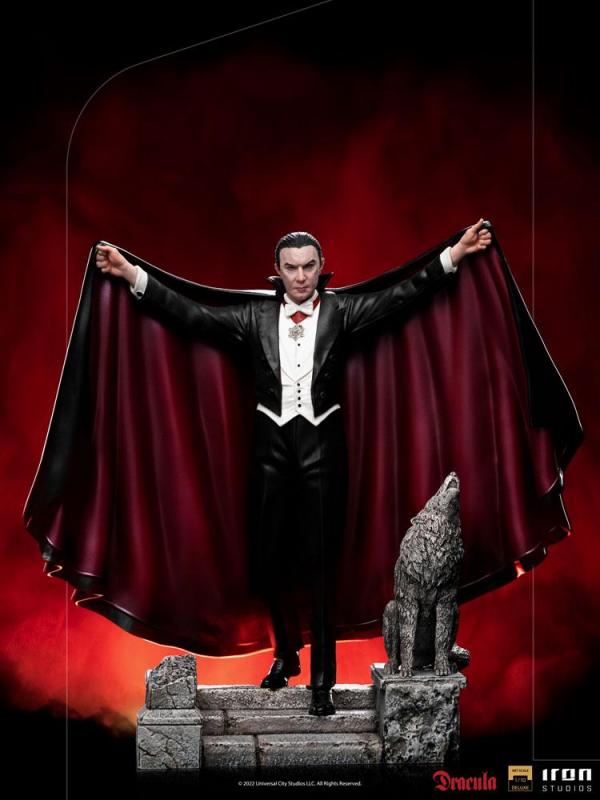 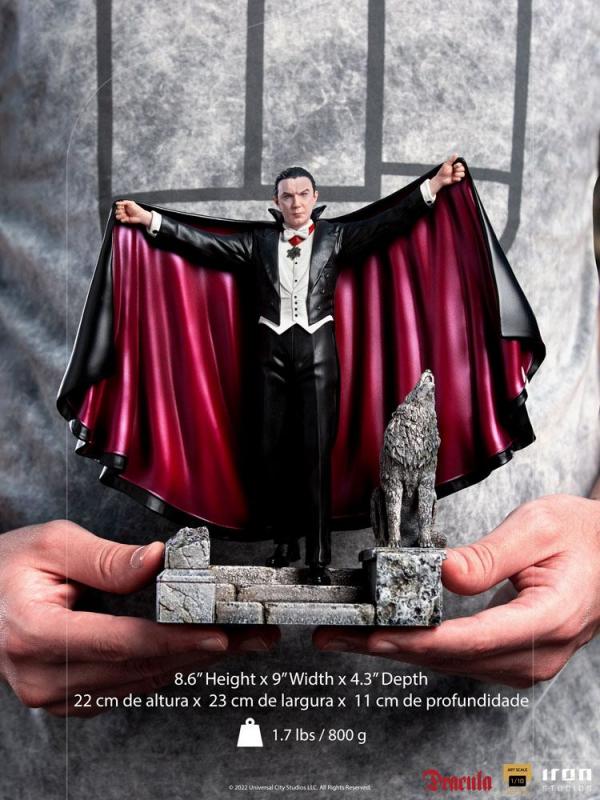 In the border between Transylvania and Wallachia, in the middle of the forest in the Carpathian Mountains, a noble and eccentric aristocratic figure, dressed in a gallant formal suit open its red and black cape like giant wings of a night creature, fixating its hypnotic eyes to feed from the blood of
live prey to maintain its power and immortality. Thus, Iron Studios proudly present their statue "Dracula Deluxe - Art Scale 1/10 - Universal Monsters", with the most famous vampire from fiction, on a diorama pedestal with the staircase steps from its castle and a wild wolf howling by its side, highlighting its power to control the creatures of the night.

Precursor of the Universal Classic Monsters franchise, the first shared cinematic universe, Dracula
was released in 1931, and marked the beginning of the Golden Age of Horror, time in which the
sound films radically changed the genre and some of the greatest monsters from all times were
perpetuated in the history of cinema. Based on Dracula's theater play from 1924, adapted from
the gothic horror novel Dracula from 1897 by Bram Stoker, the vampire lord was played by the
seasoned Hungarian actor Bela Lugosi, chosen because of his performance in the Broadway's
theater adaptation, Lugosi immortalized Dracula's image in the pop culture as the archetypal
vampire in works of fiction. In the story, the charming and mysterious Count Dracula, a secular
vampire, migrates from Transylvania to Carfax Abbey in England where he's faced by his greatest
rival, professor Van Helsing. 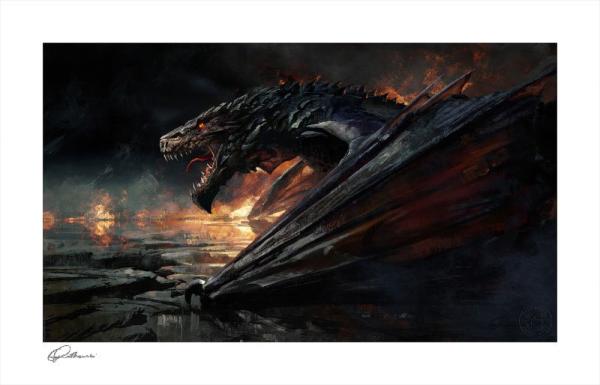 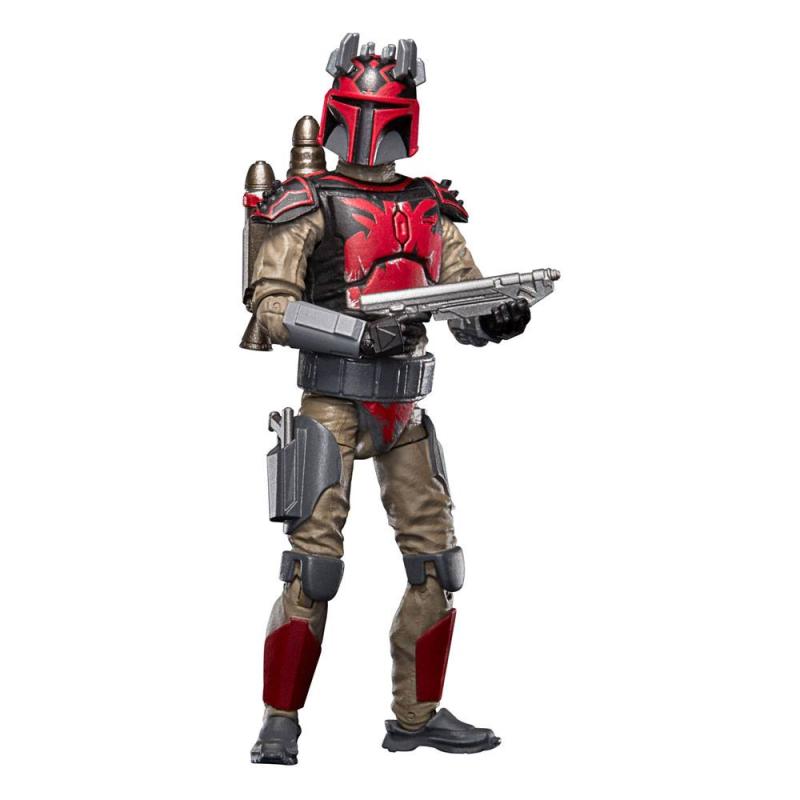 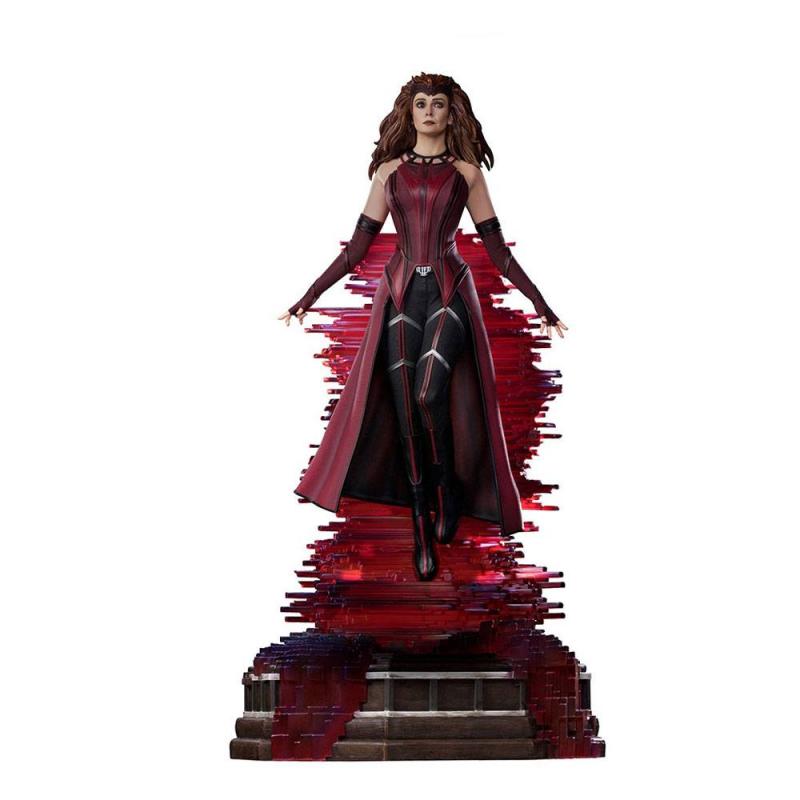 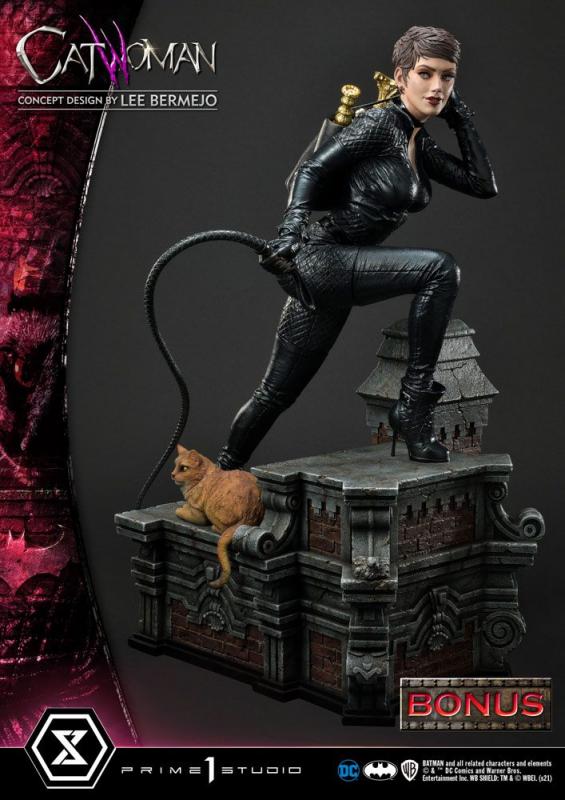 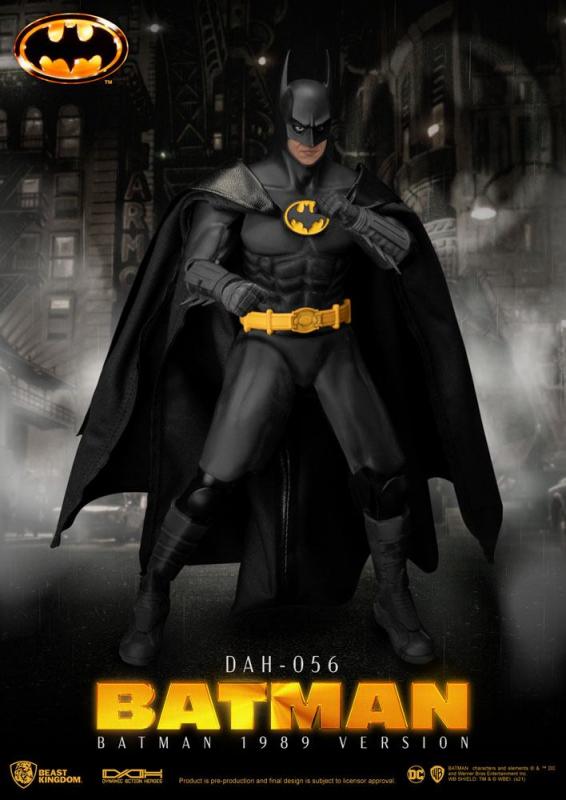 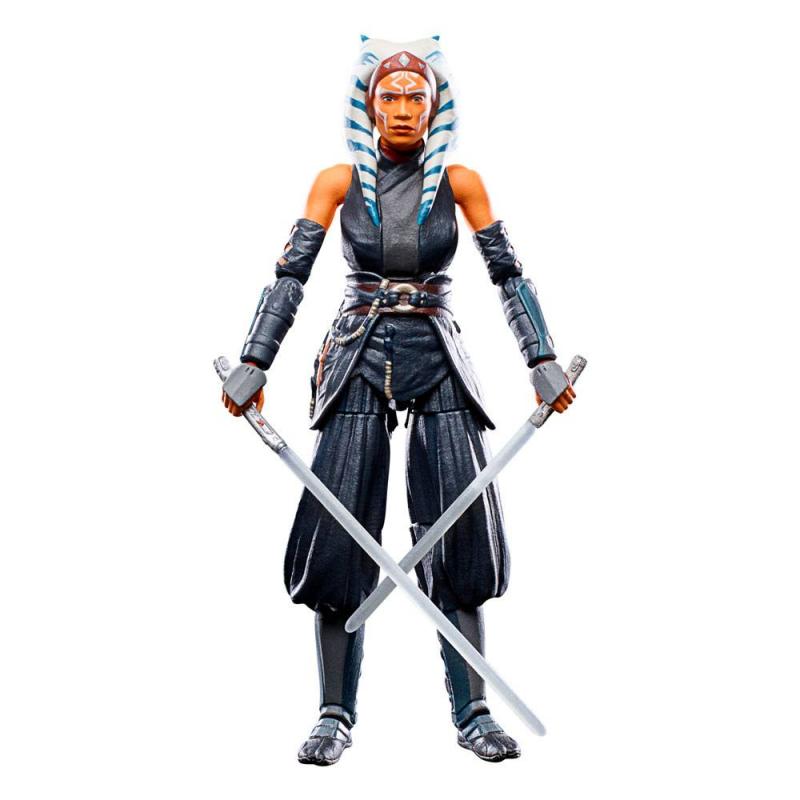