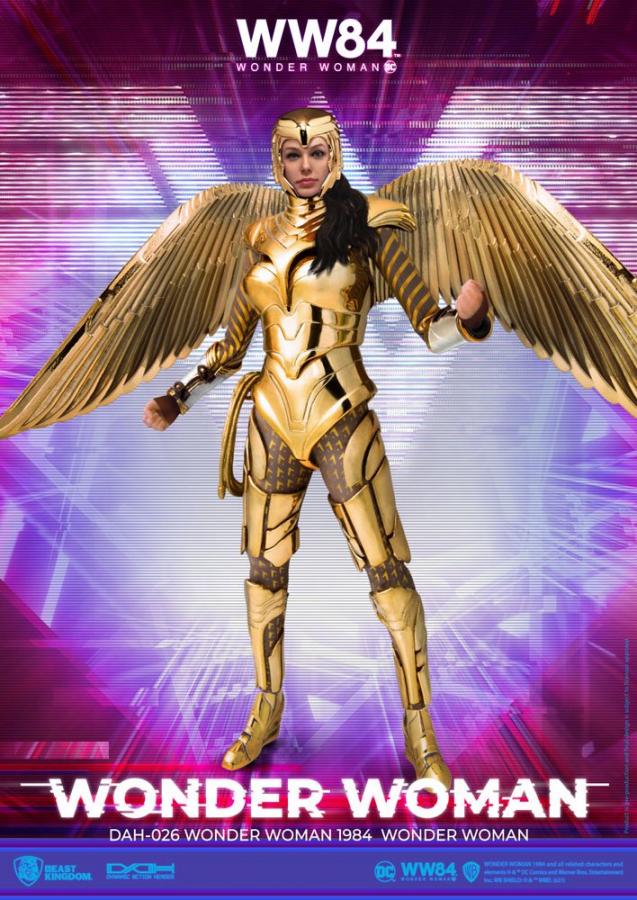 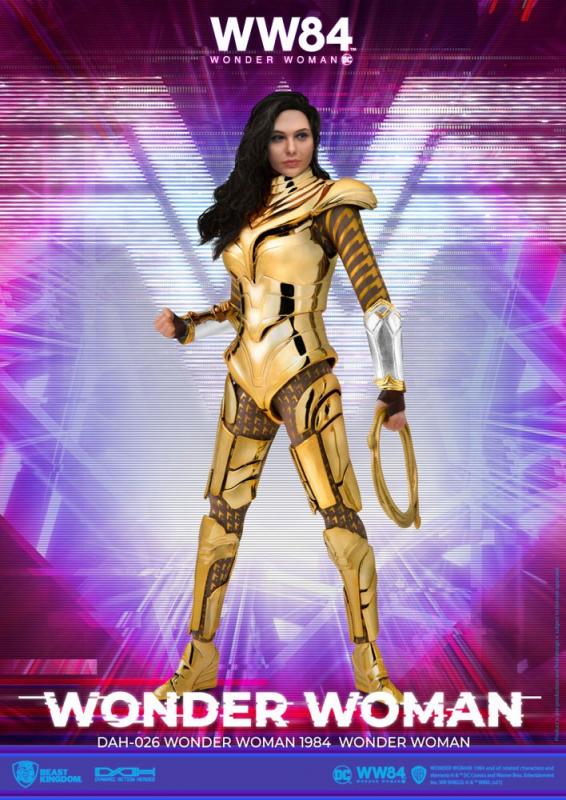 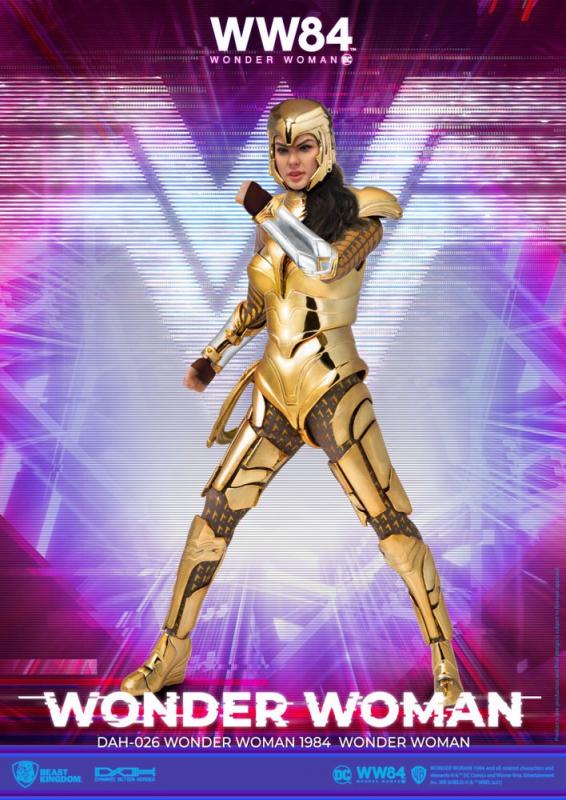 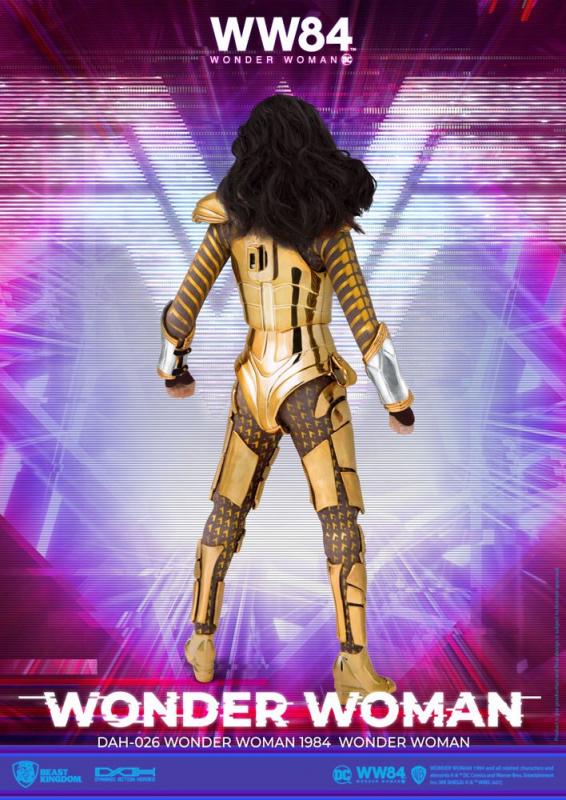 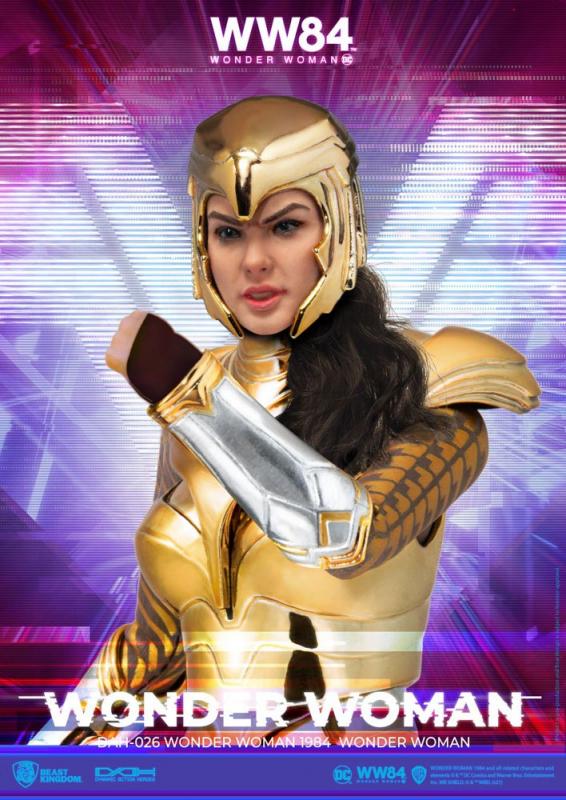 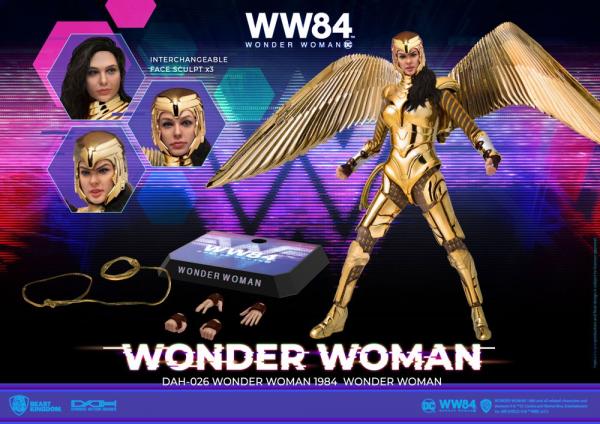 "Nothing good is born from lies. And greatness is not what you think."

Diana, princess of the Amazon's, and protector of humanity is back in her second solo outing, this time in the neon-lit 1980's. Beast Kingdom's 'Entertainment Experience Brand' presents the latest 'Dynamic 8ction Heroes' DAH for one of the fiercest warrior princesses to ever grace the comics and movies.
This time Diana is fighting for love and freedom in the latest 'Wonder Woman 1984' feature film. With her very own DAH, Diana is ready for all the challenges faced ahead.

DC's Wonder Woman played most recently by the fantastic Gal Gadot, this time sports the infamous 'Golden Eagle Armor'. Referencing ancient Roman solders, the armor is as slick as it is shiny, with far reaching wings giving Wonder Woman an amazing new look.

The realistic head sculpts as well as the electroplated armor gives collectors an exclusive way to showcase their favorite warrior princess. The large detachable golden wings also allow the most famous parts of the movie to be recreated. With a detailed head sculpt, hair implanting techniques as well as a removable helmet, the immeasurable charm of Gal Gadot and the Wonder Woman character is recreated for collectors to enjoy. A must for fans of Wonder Woman's latest outing and DC fans as a whole.

The 1/9 scale action figure stands approx. 19 cm tall and comes with accessories and interchangeable parts in a printed box. 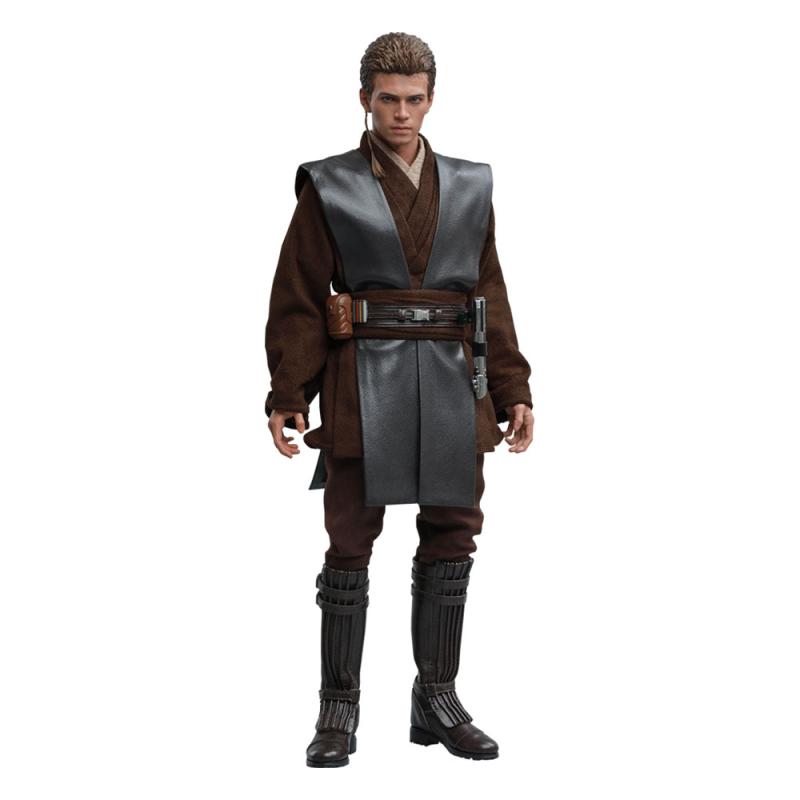 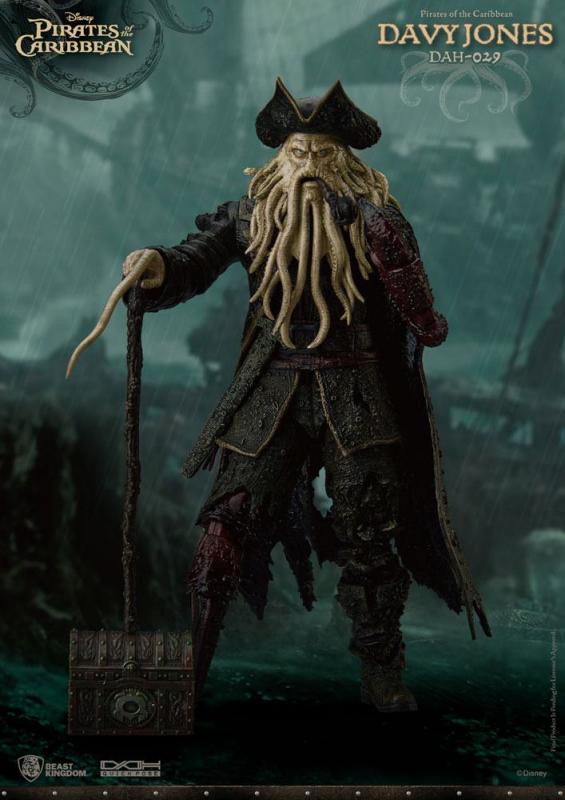 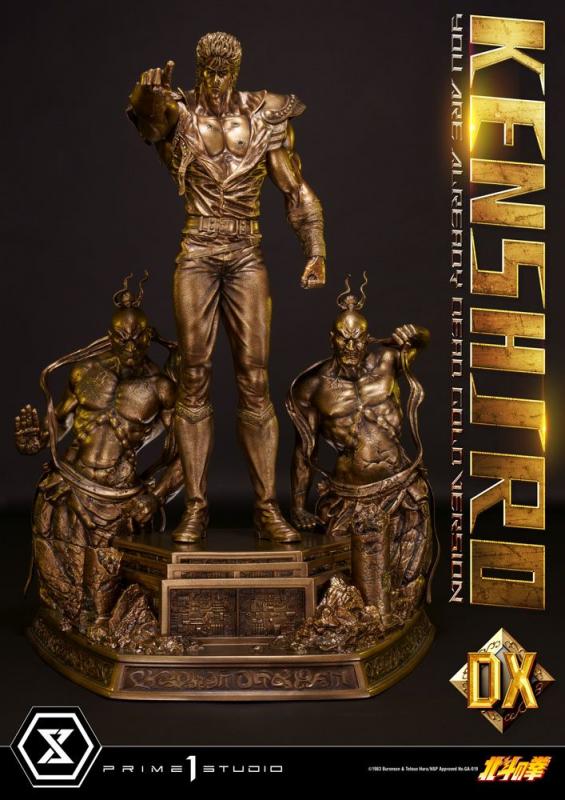 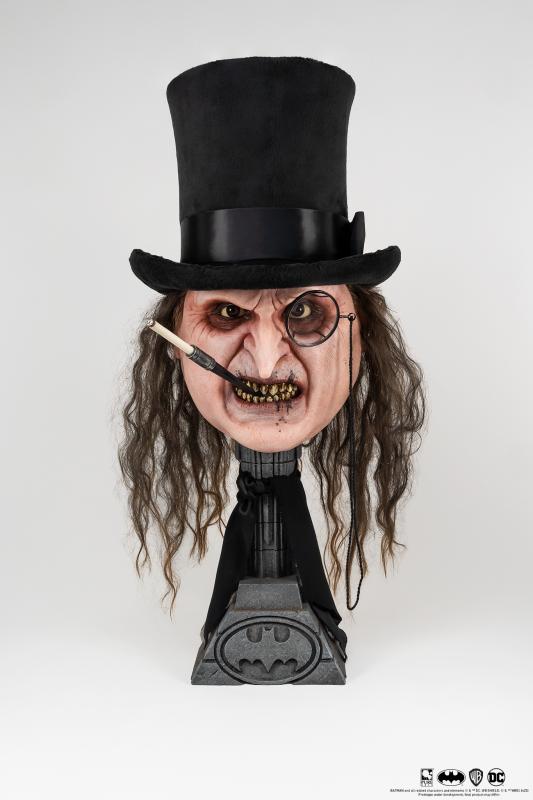 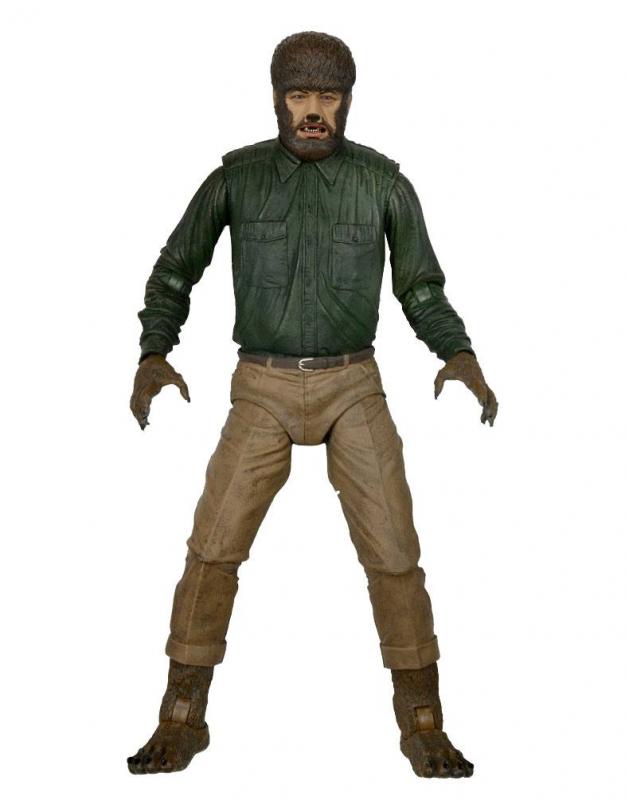